Less than 1 percent of the world’s population lives in places that are at least 3,000 meters (9,843 feet) above sea level.

Above 4,000 meters (13,123 feet), the population likely totals 0.2 percent of the global total, according to research by cartographer William Rankin. There are only three regions in the world where people live at such heights: the Andean Altiplano, the Ethiopian Plateau and the Tibetan Plateau and Himalayan valleys.

La Rinconada, Peru is the highest city in the world, perched at 5,100 meters (16,732 feet). The five next highest communities are located in the Tibetan Plateau, and the following four are in Indian-administered Jammu and Kashmir.

Life at these staggering altitudes comes with fresh air and a nice view, but it has its challenges, too.

The thin, mountain air in these cold, dry and rocky environments contains less oxygen than air at sea level and has drastic effects on the body. At an elevation of 3,000 meters (9,843 feet), each breath of air contains 29 percent less oxygen than a breath at sea level, and 37 percent less oxygen at 4,000 meters (13,123 feet). The lack of oxygen can lead to hypoxia, a condition in which there is insufficient oxygen in the blood. When severe, it can cause heart disease, stroke, anemia and infant mortality.

This video shows a time-lapse from January 2018 to January 2019 of the town of Putre, located in the Parinacota province of Chile. Putre is on the Andean Altiplano at about 3,500 meters (11,482 feet) above sea-level.

This video shows a time-lapse from July 2017 to June 2018 of the village of Nang, located in the Ladakh district of the Indian-administered state of Jammu and Kashmir. Nang is on the Tibetan Plateau at about 3,600 meters (11,811 feet) above sea-level.

People who live at these heights have developed unique ways of coping with and altogether avoiding hypoxia, says Cynthia Beall, professor of anthropology at Case Western Reserve University.

In the Altiplano, the highlands of the Andes mountains which stretch along the western coast of South America, people have higher levels of hemoglobin, the oxygen-carrying molecule in blood, Beall says.

When lowlanders travel to a high elevation, they also begin to produce more hemoglobin. But that’s just a temporary adaptation. People who actually live in these places have high levels of hemoglobin from birth. It’s a genetic adaptation to cope with the thin mountain air, says Mark Aldenderfer, an anthropology professor at the University of California, Merced.

Across the world on the Tibetan Plateau, which makes up about one-fourth of China’s landmass, people have adapted differently. Tibetan highlanders make up for a lack of oxygen with an increased rate of blood flow and by breathing more times per minute, mixing evolutionary and behavioral methods.

“Andeans do it one way, Tibetans do it another way, but they all end up in the same place,” says Aldenderfer. “These genetic adaptations make permanent life at high elevation possible.”

Meanwhile, two groups of people both hailing from the Ethiopian Plateau, highlands spanning Ethiopia and Eritrea, avoid hypoxia in different ways. The Amhara, who have lived in the northern highlands for thousands of years, breathe at increased rates similar to Tibetans, says Beall. The Oromo, on the other hand, who have lived in the southern highlands for about 500 years, respond with increased hemoglobin levels like Andeans.

Research on the Oromo people and their ability to manage life at high altitudes is new, so it’s not yet clear whether they have high hemoglobin levels at birth or if their bodies make temporary adjustments, like lowlanders, Aldenderfer says. The Oromo seem to combine the Andean and Tibetan responses, showing the variety of pathways to respond to hypoxia, he adds. 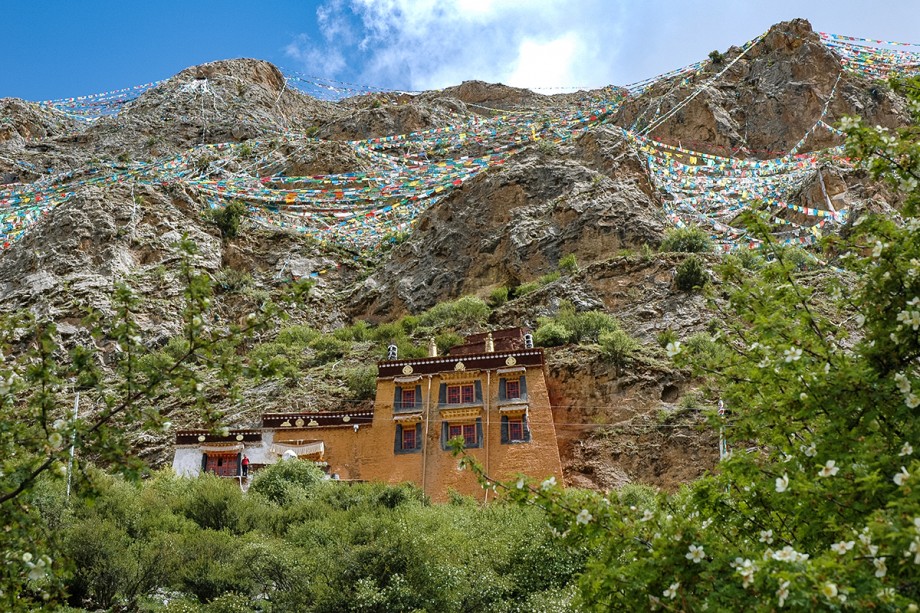 Tibetan prayer flags adorn a mountainside outside Lhasa, a city on the Tibetan Plateau, home to some of the highest-elevation communities in the world.

Across the globe, high elevation communities have been drastically affected by climate change. Temperatures in areas above 4,000 meters (13,123 feet) are rising 75 percent faster than lands below 2,000 meters (6,562 feet), according to a study from Rutgers, The State University of New Jersey.

The retreat of glaciers, which are a common source of water, is a major concern for all of these high-elevation communities, says Beall. People in the Himalayas are adapting to water scarcity by building artificial glaciers to preserve water throughout the year (read that story here). But as glaciers melt at increasing rates, a lack of water is not the only side effect. Flooding also becomes a risk.

In the Ladakh region of the Indian state of Jammu and Kashmir, more than 80 percent of farmers’ livelihoods are endangered by increasing floods, according to a 2018 book by local researchers.

Warming climates across the globe have also had other ripple effects.

“Mosquitoes are now living at higher altitudes, for example, in Nepal and Ethiopia,” Beall says. “There’s potential for expansion of mosquito-borne diseases as well as plain-old diseases from water and sanitation.”

“If water and soil are warming, then I would predict that disease would increase,” Beall adds. 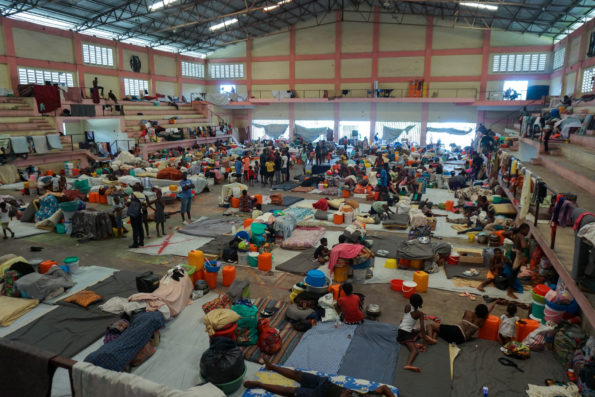 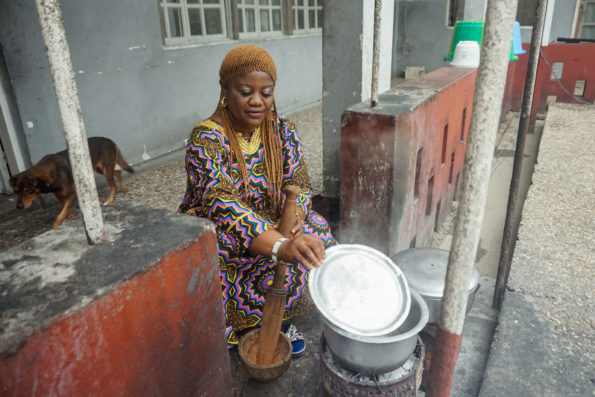