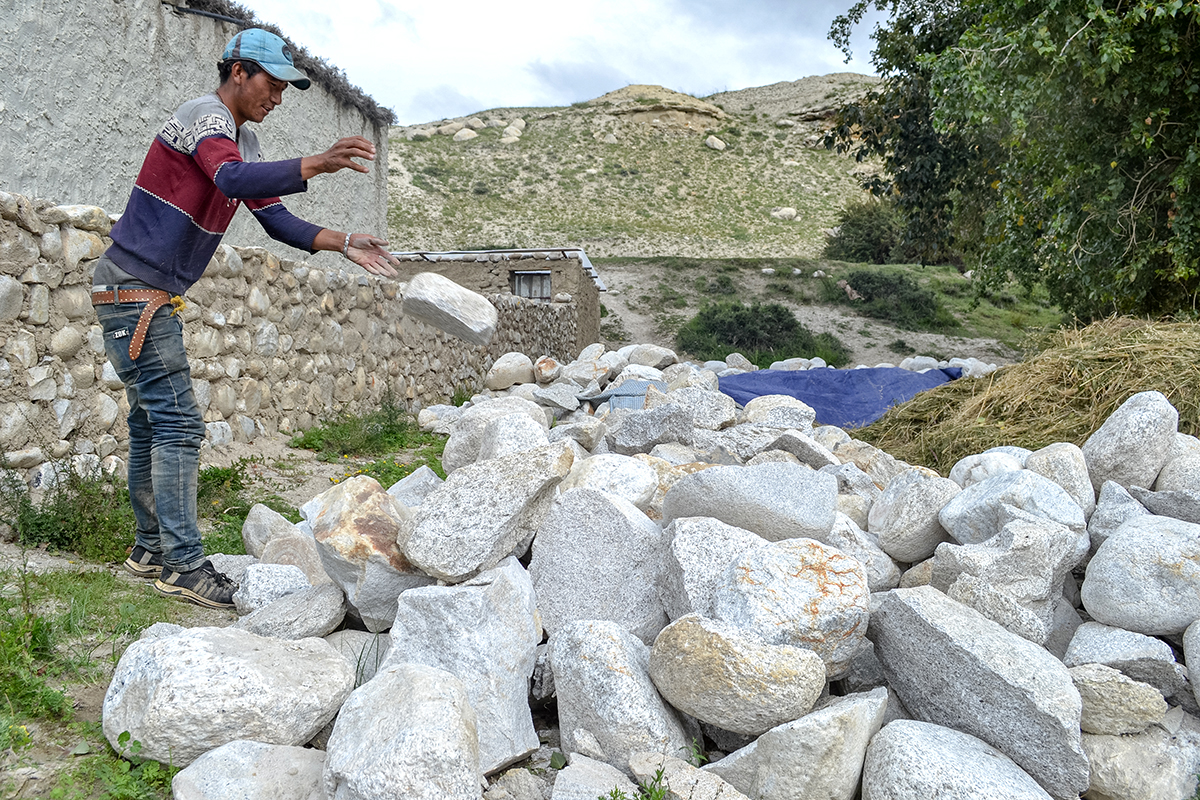 NAMASHUNG, NEPAL — The 18 families who live here spent years building their houses and the infrastructure to make this village their home. The work began six years ago, when they came to terms with the fact that their ancestral home of Samzong would no longer sustain their agricultural and pastoralist traditions. Nearby water sources had dried up, and there were no good options for finding water in other ways.

When the region’s royal family donated to those families about 25 acres in an area roughly five miles southwest of Samzong village, the backbreaking work of building homes and tilling soil began. In 2017, the new village of Namashung celebrated its first harvest. (Global Press Journal has covered the village since 2013. Read a story from that year here and a story from 2017 here.)

Even so, the move from Samzong to Namashung isn’t complete. The families now say they’re stuck with one foot in each village.

“Half the family is living in Samzong, and the other half are in Namashung,” says Rinzen Dorje Bista, a resident of both places. “There are no motor roads to Samzong, and it takes two hours to reach there.” 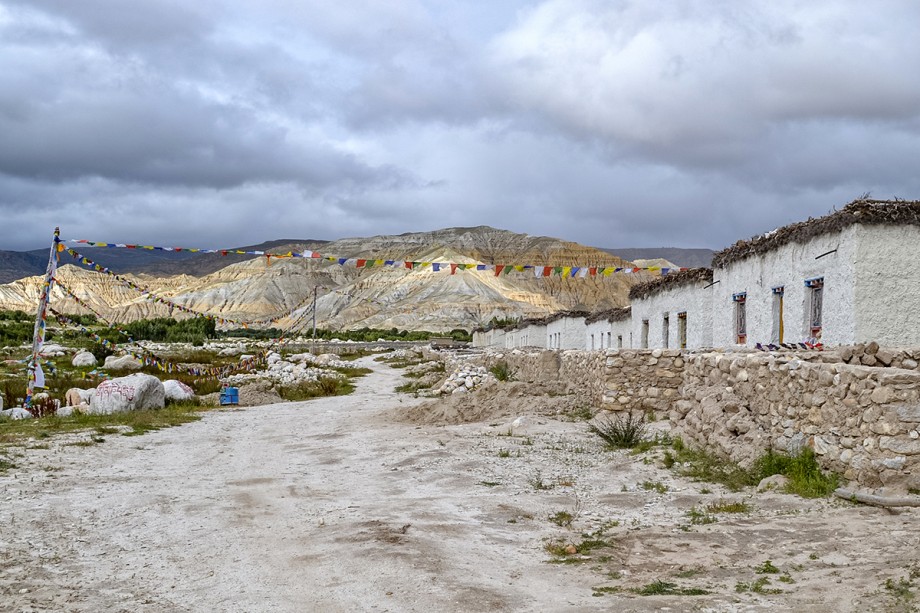 The village of Namashung is the new home of people whose families have lived for generations in Samzong, an isolated village that became uninhabitable as nearby water supplies dried up.

The isolation of Samzong was one big reason why the villagers chose to leave. But that isolation is also keeping them from leaving completely. Without a complete road between the two places, cattle and other valuable property can’t be moved, the people say.

Work began on a road between the two places, but that work stopped two years ago, when it became clear to the local government that all the residents of Samzong intended to leave.

The work was stopped too soon, says Tsenjung Gurung.

“We are not fully able to move,” she says. “Our manure is stored in Samzong, and there is a lot of it.”

Gurung says she hopes the local government will just finish the road, but that’s unlikely to happen.

“We cannot make roads to Samzong just for the people to transport their belongings,” says Subarna Bista, chairperson of the Lo Manthang Rural Municipality, a local government division. “If we make roads, it has to be used regularly. If the people stay in Namashung and Samzong, then maybe we can make the roads.” 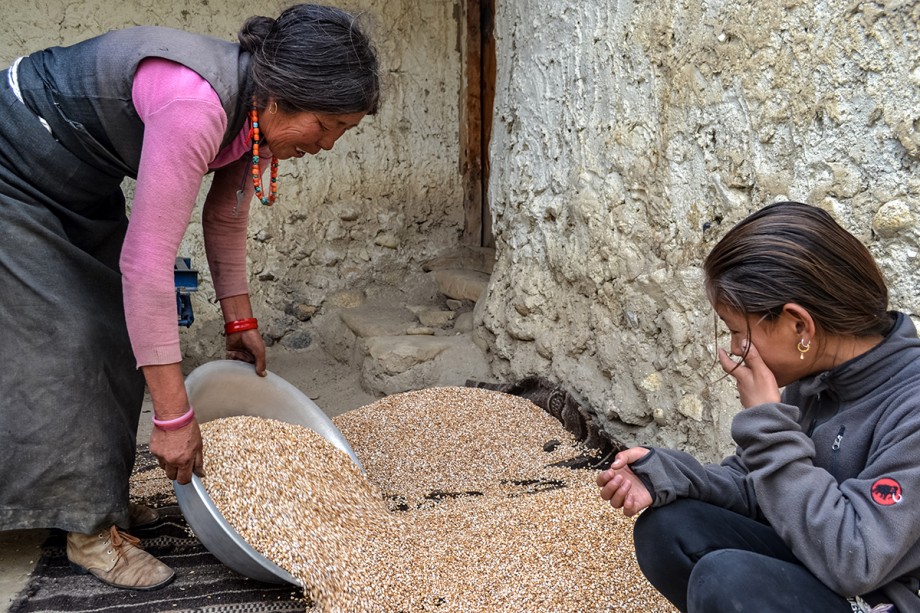 Tsenjung Gurung heats barley to make champa, a porridge that is a key staple in her family’s diet. Gurung is in her home in Namashung, but some of her family members live in Samzong, an isolated village in Nepal’s Upper Mustang region.

There’s another option, too: The village of Samzong could be turned into a historic site and attract tourists. In that case, the village would be better off without a road, to preserve its original appearance and isolated feel.

“I would prefer our village be turned into a museum,” says Pasang Tshering Gurung, another Samzong resident.

But the rest of the people from Samzong voted against that idea, Pasang Gurung says, and instead want the road built.

Until something changes, the village will be split: Half of each family will continue building the future in Namashung, while the other half lives in the past, in Samzong.

Editor’s Note: The name Gurung is a common one in the area where this story takes place and does not necessarily indicate that the sources are directly related.