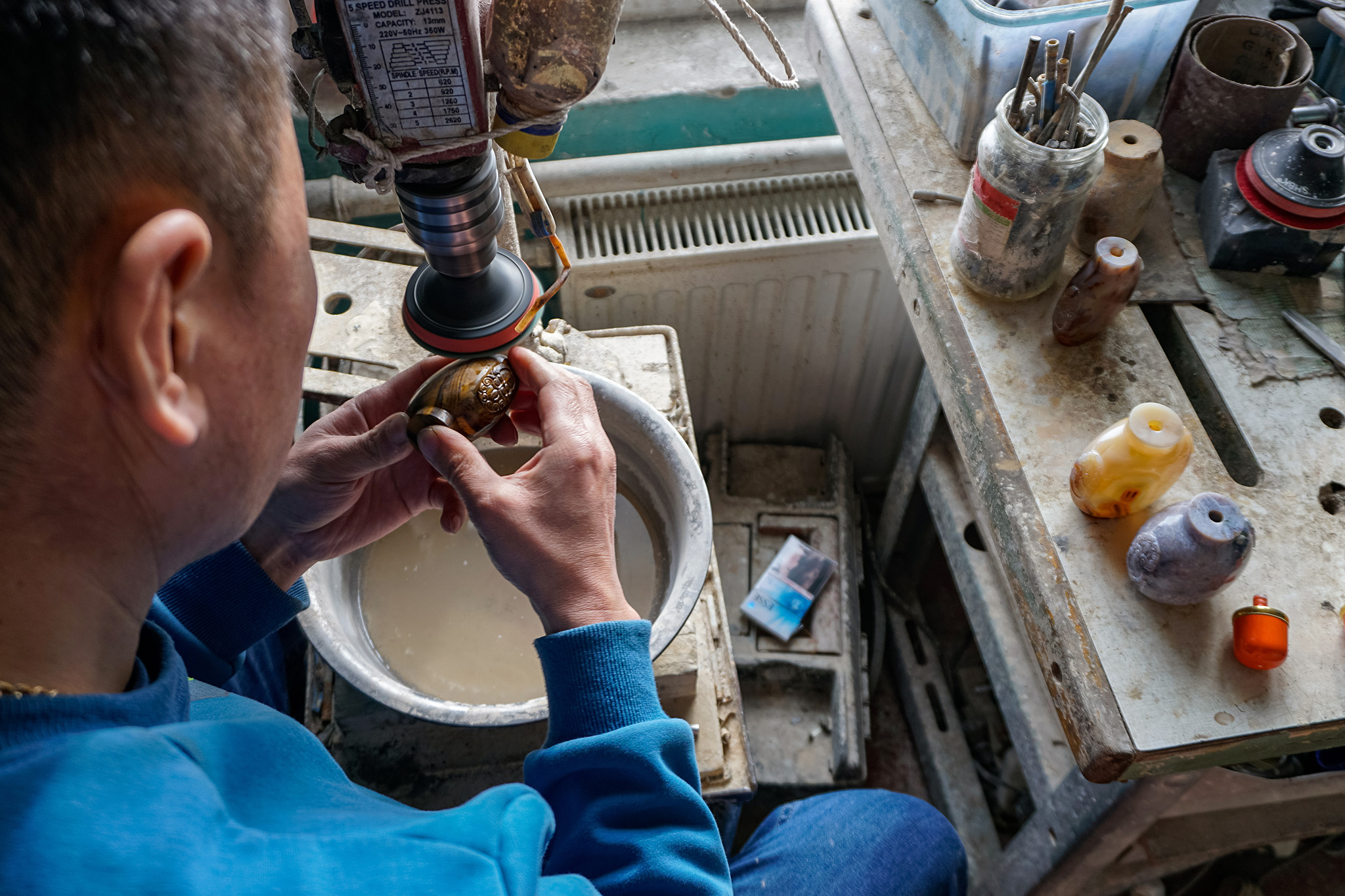 ULAANBAATAR, MONGOLIA — The weeks leading up to Lunar New Year are vital to Galbaatar Tsogt’s livelihood. The artisan carves stone into snuff bottles, the intricately patterned tobacco holders that Mongolians exchange in greeting during the holiday. In winters past, he’d sell 40 to 50 a month. But in November, as the coronavirus infiltrated the country like never before, its capital mostly went dark.

Coffee shops, restaurants, salons – all shuttered. People were trapped in their apartments, frustrated and scared. In February, as Lunar New Year approached, government officials lined the streets, interrogating anyone outside about where they were going and whether they had paperwork to prove they didn’t have the virus. While Galbaatar’s studio, Hash Ugalz, remained open, he sold only four to five bottles a month.

“My potential buyers are in crisis,” he says, and therefore he is too.

Galbaatar’s lockdown woes – sales tumbling, debts mounting – have become all too common in Mongolia’s most populous city. After months of restrictions, the country’s anger boiled over, with astonishing results: Thousands of protesters, some in bathrobes, swarmed the capital’s main square, and the prime minister stepped down.

A former Soviet satellite, Mongolia shifted to a free-market economy in the 1990s. Flush with coal, copper and gold, the country quadrupled its gross domestic product, but that wealth was not universally shared. In recent years, the poverty rate has hovered close to 30%; in Ulaanbaatar, hundreds of thousands of people live in ger districts, pop-up neighborhoods of mostly tent homes with limited access to water. Meanwhile, a series of corruption scandals eroded trust in government: A 2017 survey by The Asia Foundation found that almost 90% of Mongolians who participated believe corruption is common and that their leaders have little desire to combat it.

As the coronavirus marched across the globe, Mongolia swatted it back far longer than many nations. By November, the country had logged around 400 cases – all imported – and zero deaths. Then it announced its first instance of domestic transmission, and the lockdowns began. The government took steps to help flailing businesses, including paying electricity and water bills, but did not initially offer loans or other cash assistance.

“People have rights to employment and to income generation, but each person has to do one’s best without relying on the government alone,” says Sunjid Dugar, a member of the National Human Rights Commission. 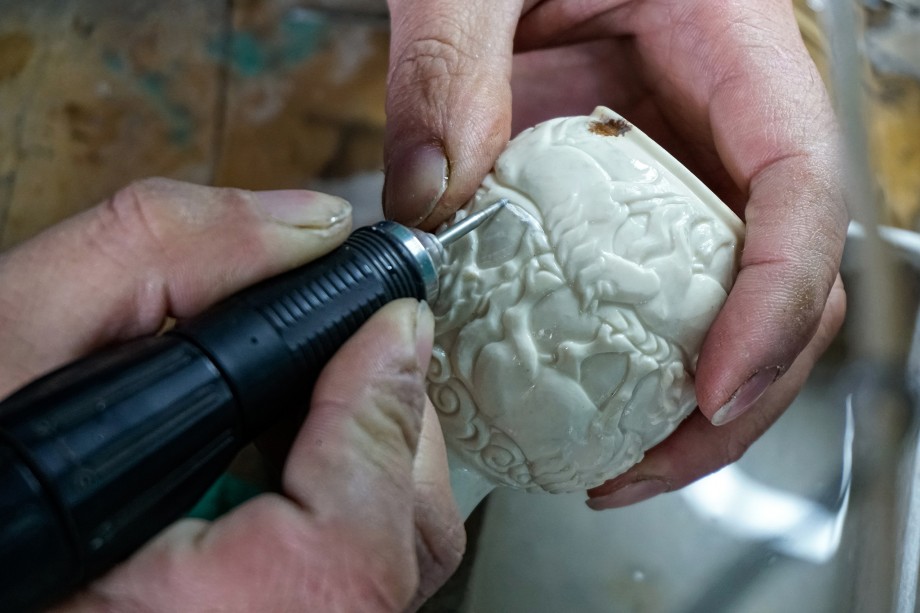 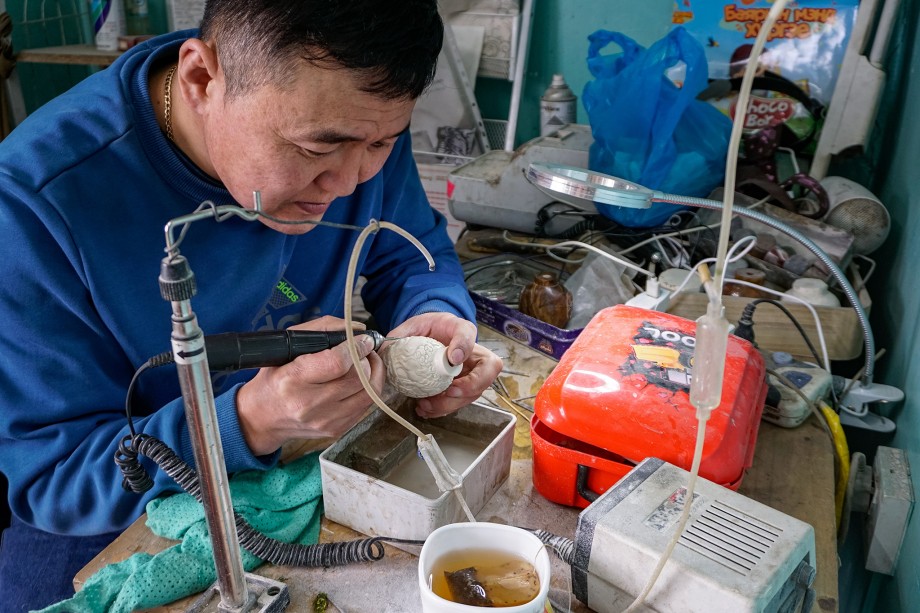 Galbaatar Tsogt carves a horse on a snuff bottle made of coral stone. Normally, he’d sell 40 to 50 bottles a month before the Lunar New Year holiday. This year, he sold only four to five a month.

For many, that was hard. An artisan for 12 years, Galbaatar and his wife run their studio out of their home in a ger district. He is 39, with a warm smile and hands that are dry and dusty from chiseling rock. His bottles cost between 1 million and 10 million Mongolian togrogs ($350 and $3,500). When sales cratered, he worried: How much longer could he pay his mortgage? His business loan? Feed his three young children? Could he hang onto his four employees?

“We paid from our savings so as not to lose our good workers, and now all the savings are gone,” says Galbaatar’s wife, Tumurchudur Samdanpurev. But their business was in better shape than most – it was open.

A December survey of about 2,000 small and medium-sized businesses around the country found that more than half shut down completely. About 40% in Ulaanbaatar cut jobs. A majority of businesses in the capital, which ranged from construction firms to hair salons, said they were struggling to meet salary or loan obligations.

“Our government panicked and could not find effective solutions in terms of lockdown,” says economist Ganzorig Ganbat.

But Yanjinsuren Sodnomdorj, then a senior adviser to the deputy prime minister, says Mongolia did the best it could to balance keeping businesses open and slowing the virus’s spread.

“It is true that the lockdown has affected businesses, which is similar in all countries around the world,” she says. “All of us have done our best to find out ways not to collapse our economy while protecting the health of the overall population.”

Much of the ire was directed at the State Emergency Commission, a panel that sets lockdown rules. Many Mongolians blamed the commission, for instance, for the death of a 58-year-old woman who traveled to the capital for medical treatment but faced delays because she didn’t have papers to prove she was coronavirus-free.

"Our government panicked and could not find effective solutions in terms of lockdown."Ganzorig GanbatEconomist

Sodbaatar Yangug, then the deputy prime minister and commission chairman, declined to comment. His adviser, Yanjinsuren, says that, in general, “Our citizens understood … that the government worked for the sake of the public interest.”

In January, a video emerged. It appeared to show a new mother who had COVID-19, the disease caused by the coronavirus, being escorted out of a hospital. She wore a pink bathrobe, white pants and slippers but had no coat in the sub-zero night air. Many Mongolians believe that if a new mother is exposed to the cold – even cold water – she may suffer incurable illness.

The next day thousands of protesters crowded into Sukhbaatar Square, outside Government House. (To show support for the woman, this reporter was among them.) Some braved the glacial temperatures in bathrobes and slippers to demand officials take responsibility for her plight. 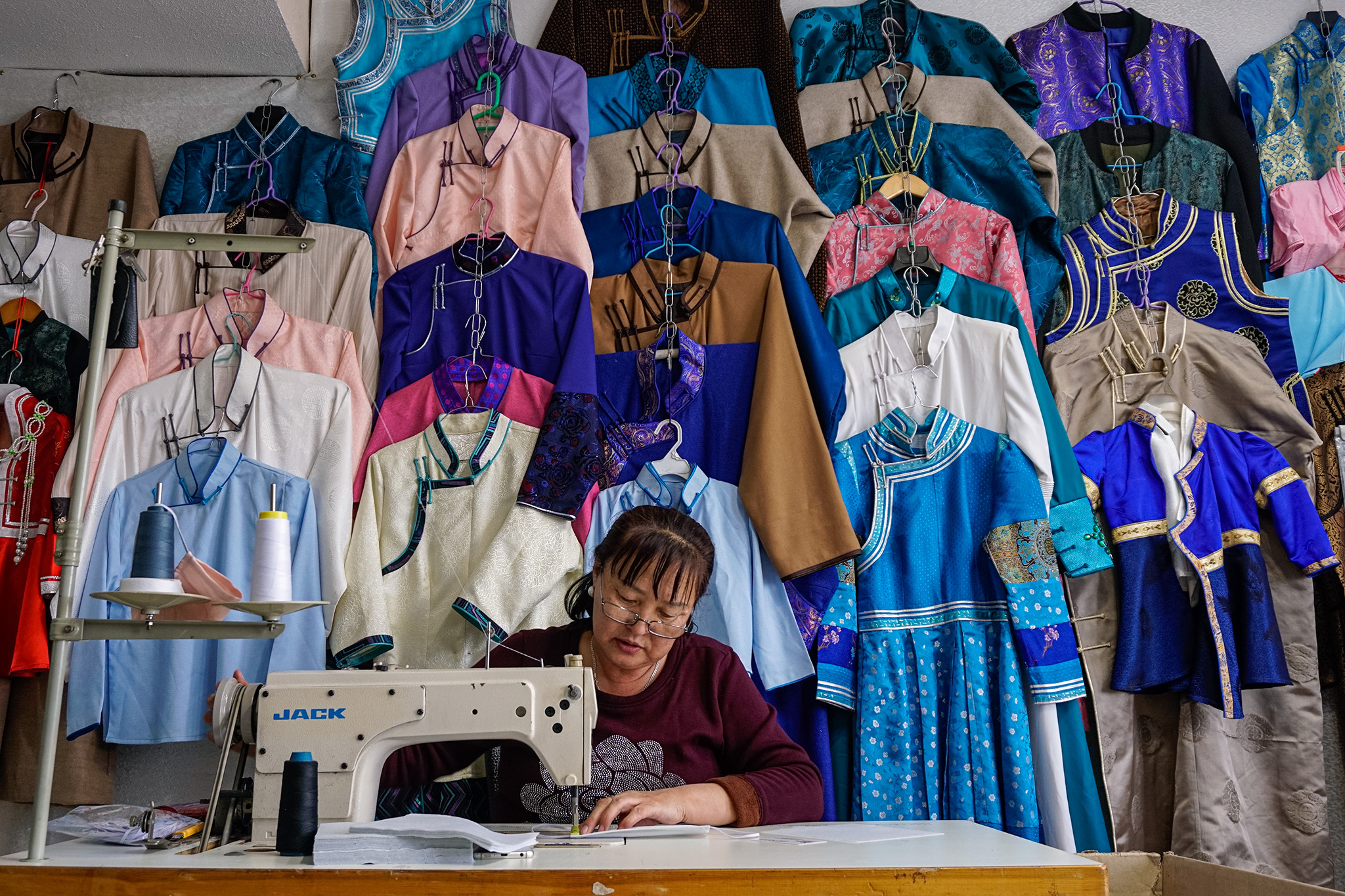 The government response was immediate – and surprising: Sodbaatar, the deputy prime minister, resigned. The following day, the prime minister, Khurelsukh Ukhnaa, stepped down. Khurelsukh accused the country’s president of orchestrating the protest to embarrass him, as Khurelsukh is expected to make a bid for the presidency this summer. The president, Khaltmaagiin Battulga, has denied the allegation.

“There is no denying that [Khurelsukh] resigned in the run-up to the presidential election in order to protect his own and his party’s reputation,” says political scientist Orgil Dugersuren.

After the shake-up, the government installed new commission members, and the new prime minister vowed they would limit lockdowns.

In mid-February, officials also announced a loan program for businesses. That pleased Galbaatar, the artisan. On a table near his workbench, where he wets and drills white and light brown stones, 10 snuff bottles glinted, ready for purchase.