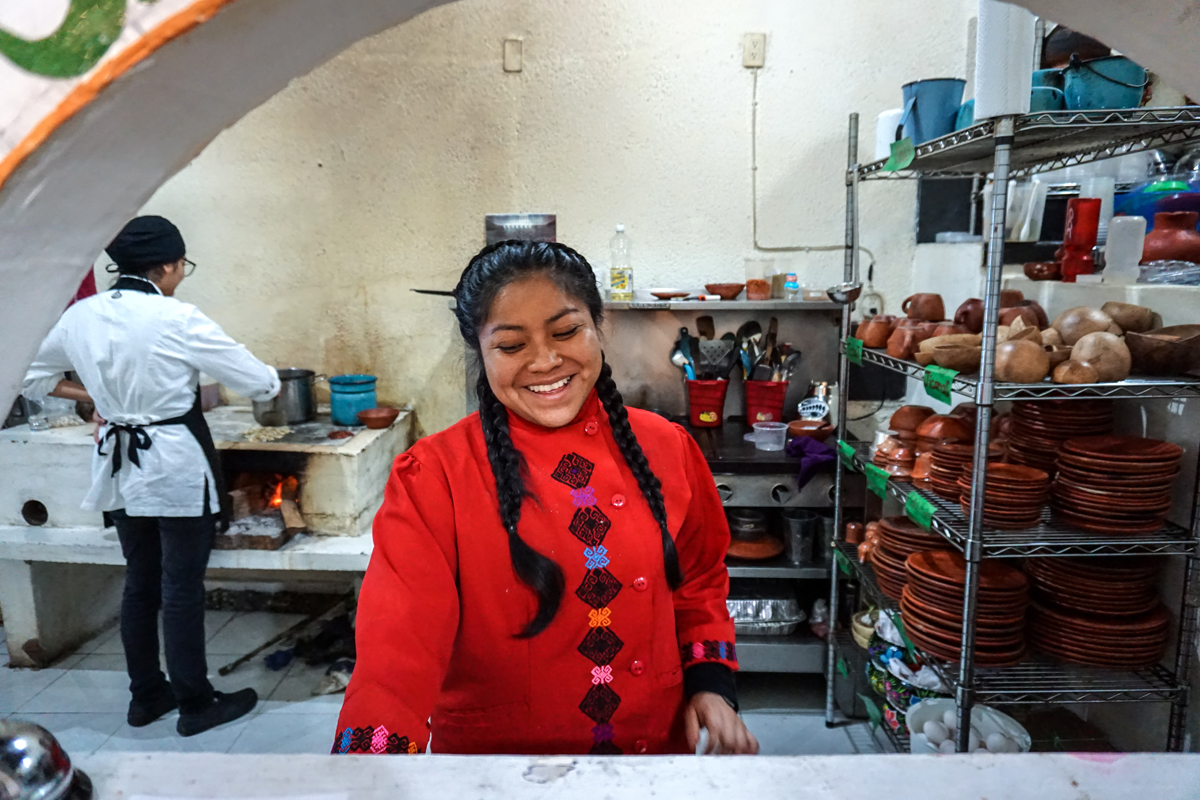 SAN CRISTÓBAL DE LAS CASAS, MEXICO — “At my grandmother’s house, I used to see big pots, the smoked beef hanging there, and it would catch my attention,” says 30-year-old Claudia Ruiz Santiz.

Today, Ruiz Santiz, a local restaurateur, re-creates fond memories and recipes from her grandmother’s kitchen. At her restaurant, Kokonó, she serves food indigenous to communities across Chiapas, a state in southern Mexico. Locally grown ingredients such as beets, turnips and amaranth greens help create the flavor profiles unique to her dishes, she says.

But the work is challenging. Since Ruiz Santiz opened Kokonó about a year ago in San Cristóbal de las Casas, the Chiapas town where she lives, the local business has been met with both excitement and criticism, she says.

Chiapas, the southernmost of Mexico’s 31 states, has the country’s second-highest percentage of indigenous people, after Oaxaca. About nearly 30 percent of the population in Chiapas belongs to indigenous groups, including Zoque and Tojolabal.

Ruiz Santiz, who grew up in the Chiapas towns of Saclamantón in San Juan Chamula, as well as in San Cristóbal de las Casas, says her family is part of Chiapas’s indigenous Tsotsil population of 353,897. Traditionally, farming is a primary source of income for members of the group, and women and girls often take on domestic roles in the home.

“Thirteen- and 14-year-old girls are told they should get married,” Ruiz Santiz says of the customs in Saclamantón. “They don’t let them study, because they are women.” 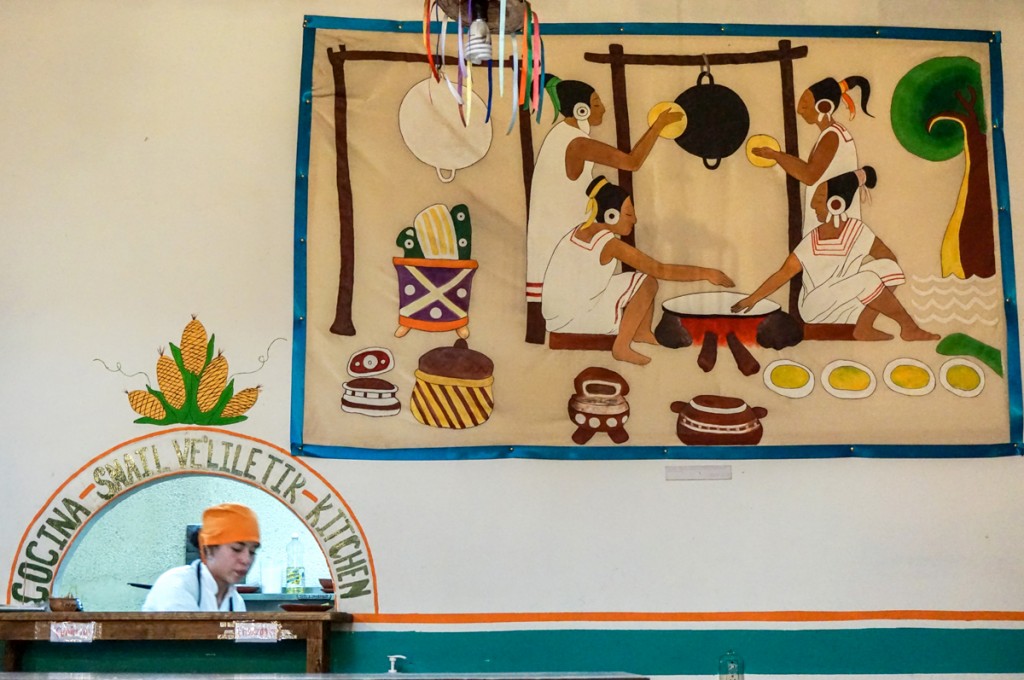 Marisol Lima, an employee at Kokonó, a restaurant in San Cristóbal de las Casas, Mexico, works on a customer's order. 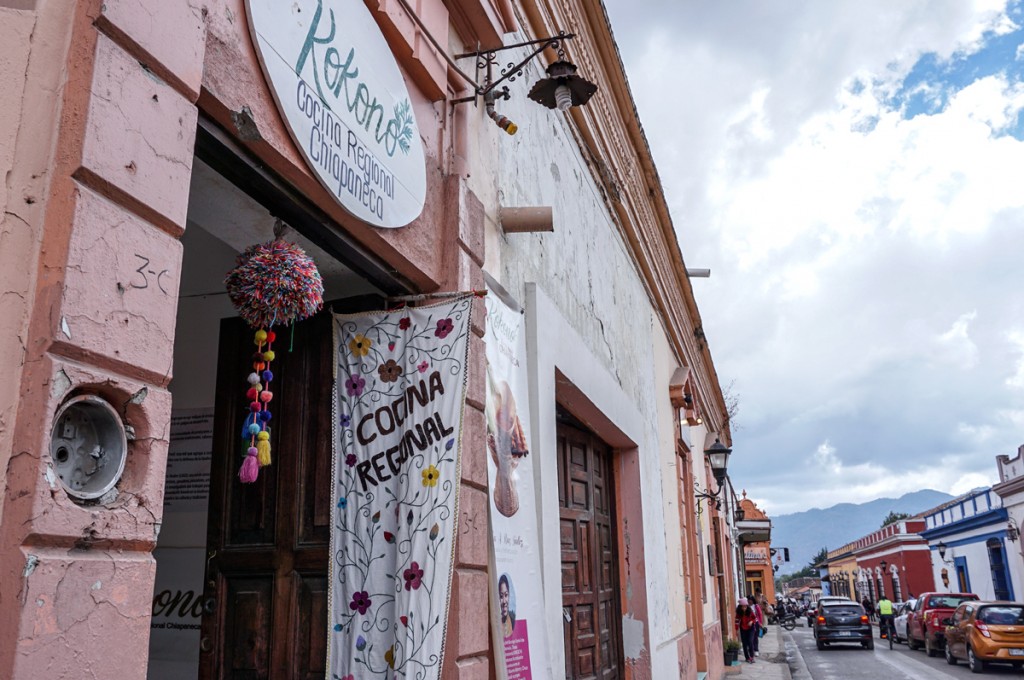 Kokonó, a year-old restaurant in San Cristóbal de las Casas, a town in southern Mexico, is known for its indigenous cuisine. 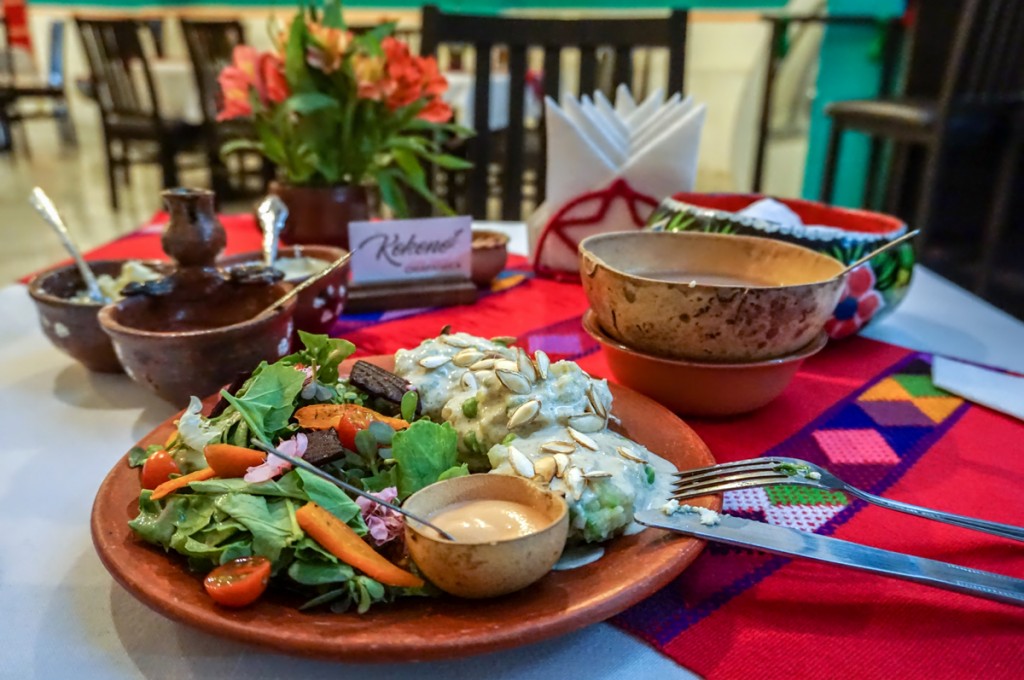 Potato pancakes with a green pea and pumpkin sauce and a salad made of seasonal greens and herbs are among the dishes served at Kokonó, a restaurant in San Cristóbal de las Casas, Mexico. The menu is inspired by the foods of indigenous communities living in this part of the country.

But when Ruiz Santiz was 7, her mother, Verónica Santiz Gómez, enrolled her and her three siblings in school.

While at school, Ruiz Santiz loved to cook, but it wasn’t until she got to university that she thought of turning her interests into a career. At Universidad de Ciencias y Artes de Chiapas, she studied gastronomy, a choice she says surprised her family. But while pursuing her interests in the classroom, she faced discrimination because of her heritage.

“I had to work two or three times as hard so that they wouldn’t discriminate against me,” she says of her classmates.

“The population has always believed that indigenous women only serve for domestic work, and when a woman breaks these stereotypes, of course, it is not viewed well,” she says of Mexicans considered indigenous.

Mexican culinary professionals don’t generally cook with ingredients used by indigenous groups, Ruiz Santiz says. But she hopes to generate greater awareness of such ingredients – including wormseed, a local tea plant, called “kokonó” in the Tsotsil language, and after which her restaurant is named. 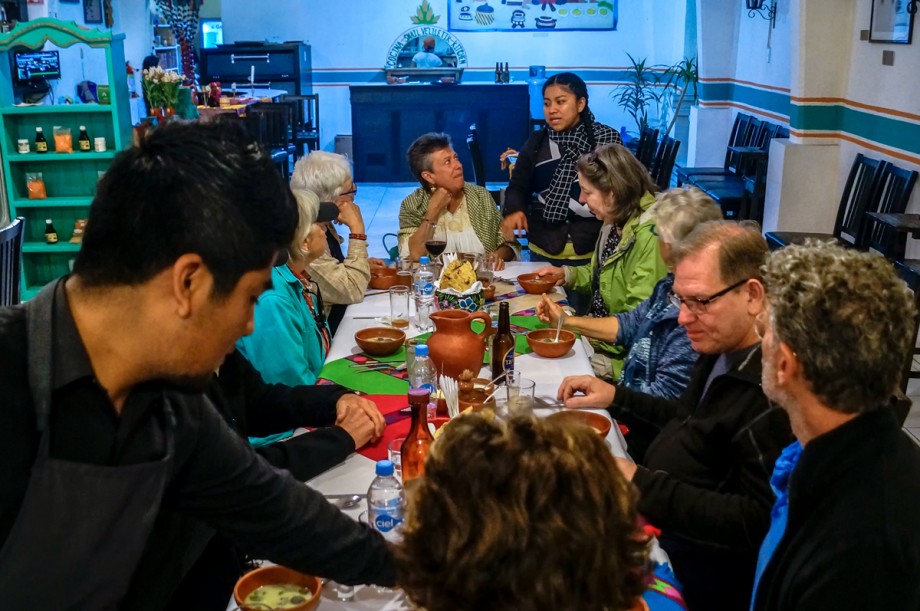 Claudia Ruiz Santiz, owner of Kokonó, a restaurant in Mexico's southern Chiapas state, speaks with customers as they have lunch. The menu is popular among locals and tourists.

Ruiz Santiz’s cooking style meshes traditional methods with modern techniques that she picked up after graduation while working at Mexico City restaurants. To make one of her best-selling dishes, which she says is traditionally eaten during Tsotsil celebrations, Ruiz Santiz uses meat that has been smoked over firewood for two days. It is then put into a broth with carrots, potatoes, white cabbage, chayote and other vegetables, and flavored with mint and chili.

The restaurant menu attracts tourists, she says. Betsy McNair, an American tour guide, first dined at Kokonó in January, after it was recommended by Kate Hill, a renowned American-born chef in France who had visited Chiapas.

“I wanted to come meet her, and I had a marvelous lunch, and I loved her and her passion,” McNair says of Ruiz Santiz. McNair, who lives in the city of Guanajuato in central Mexico, has since brought her clients to Kokonó.

But the indigenous cuisine is also popular among locals. Isaac Guzmán Arias, who lives San Cristóbal de las Casas, says he regularly visits the restaurant because he enjoys learning about the history of indigenous populations through their food.