MEXICO CITY, MEXICO — Stories about the desperate migrants who clamber into the U.S. across its southern border fuel an intense debate over immigration, but a quieter story is playing out along the roads leading north from Chiapas, Mexico’s southernmost state.

Those who might otherwise proceed north are increasingly breaking away from the well-worn migration path and applying to remain in Mexico, instead of pushing on to the U.S.

A key factor in the shift away from the U.S. and toward Mexico as a preferred final destination is an effort by UNHCR, the United Nations’ refugee agency, to inform people of their options. The agency opened an office in Tapachula, a city near Mexico’s border with Guatemala, more than a decade ago, but officials there have recently expanded their work to identify migrants eligible for refugee status. The agency also now posts signs in those centers and along migration routes to provide information about the process of seeking asylum in Mexico.

Migration experts say the UNHCR’s efforts in southern Mexico have significantly changed how people seek safety in their journeys north from Honduras, El Salvador and Guatemala, the three countries that make up the violent region known as the Northern Triangle.

More than 30,000 people applied for some form of protective status in Mexico between 2013 and the end of 2017, and about half of those – 14,596 – submitted their applications last year, according to statistics from the Comisión Mexicana de Ayuda a Refugiados (COMAR), the government agency responsible for handling refugee requests. 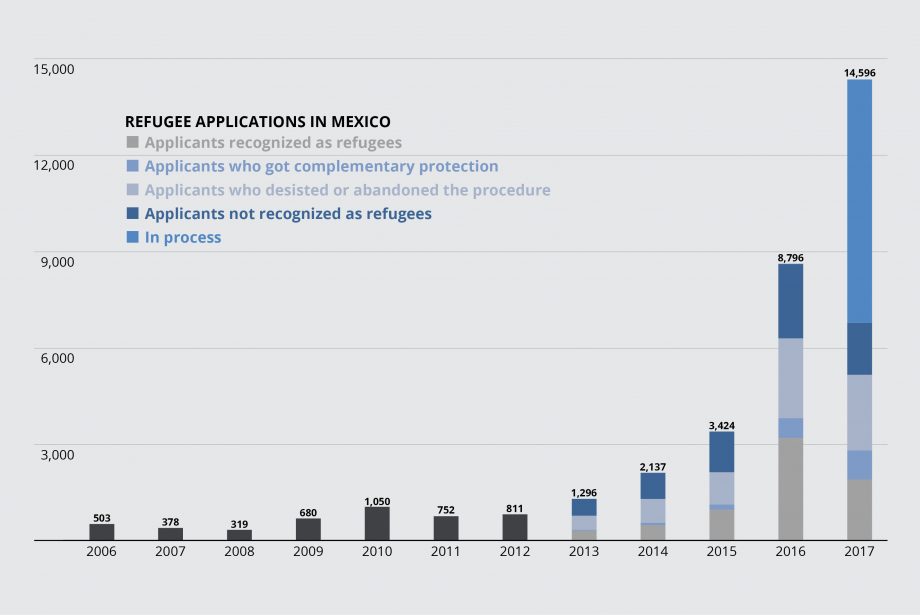 That’s more than 11 times the number of people who applied for refugee or a similar status in Mexico five years ago, when just 1,296 applicants were registered.

Elba Coria Márquez, director of the Clínica Jurídica para Refugiados Alaíde Foppa, the legal clinic at the university Universidad Iberoamericana, says the increase in applicants is because more people are aware of the possibility of obtaining legal status in Mexico. Her clinic engages with migrants in shelters to help them understand the risks they might face at the U.S. border – information that often convinces them to try their luck in Mexico instead.

Mexico also offers complementary protection, which is granted to those who might not technically meet the benchmark for refugee status, but who can still prove that they’re fleeing grave threats at home.

The process of obtaining refugee status or complementary protection in Mexico can be harrowing. (Read more about it here.) Some human-rights advocates say many who are legitimately fleeing violence or persecution struggle to get access to Mexico’s refugee-identification system at all. According to a 2016 report by Human Rights Watch, less than 1 percent of the children apprehended by Mexican immigration authorities are ultimately recognized as refugees or receive other formal protection in Mexico, even though many of them legitimately fear for their safety in their home countries. 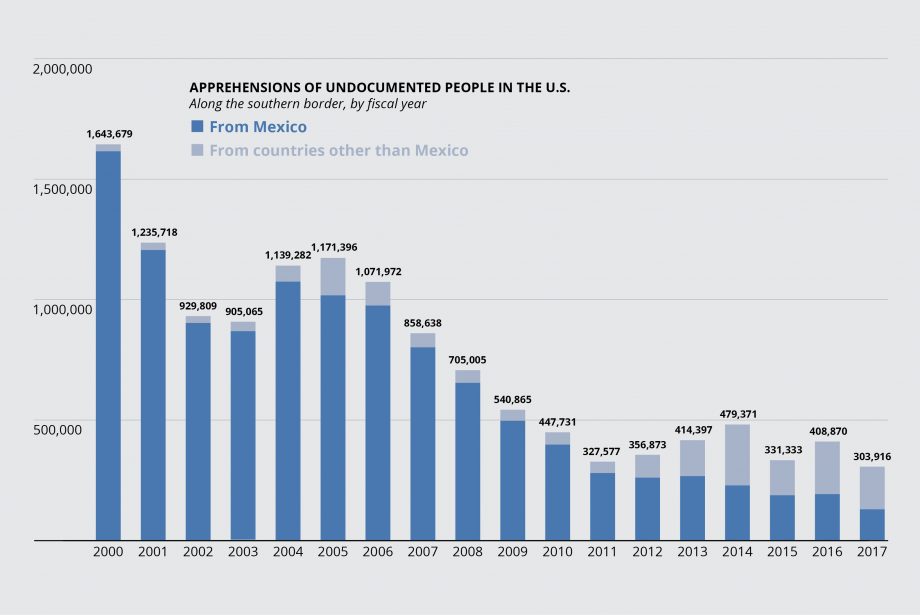 Even so, many people from the Northern Triangle and other troubled countries now see an attempt to cross the U.S. border as a last resort. Efforts to cross the border illegally – whether by crawling through the desert or swimming across the Rio Grande – can result in death.

Even following the letter of the law when it comes to asylum application in the U.S. can have devastating consequences. People who present themselves at a legitimate port of entry with the intention of applying for asylum – a legal method of launching an asylum application – have been separated from their children, detained in jail-like detention centers or deported.

Northern Triangle residents are aware that the U.S. has tightened its borders and at times uses harsh methods to deter would-be refugees, says Eunice Rendón, coordinator of Agenda Migrante, a Mexico-based organization that advocates for migrants.

“This makes it so that many, who before only traveled through our country, today see it more and more as a country of refuge,” she says.