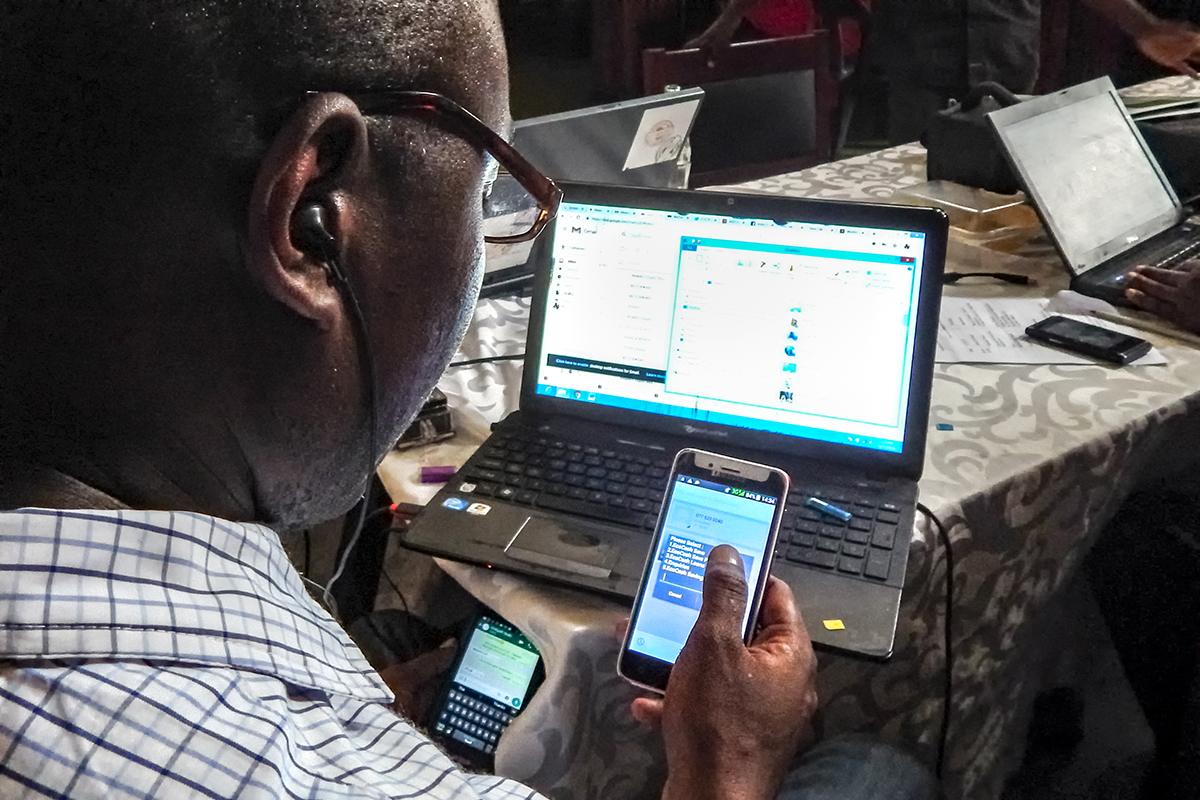 BULAWAYO, ZIMBABWE — Admire Kudita, a magazine editor, is in the middle of his workday when he receives a text message on his mobile phone reminding him of a monthly payment for funeral insurance.

“Technology has made a lot of things easy for us,” he says.

With EcoSure, funeral policies can cost as little as 50 cents per person per month, money that is automatically deducted from a subscriber’s EcoCash wallet at the EcoCash rate. (EcoCash is identified in dollars and cents, but that mobile currency is worth less than U.S. dollars.) The telecommunications giant offers other types of insurance, too, including health and motor vehicle coverage.

Telecommunications companies have increasingly entered the insurance industry across Africa, capitalizing on their enormous numbers of subscribers to offer new products and, in many cases, tie payments into purchases of airtime – the data that subscribers buy to use their phones.

Kenya-based Safaricom, for example, offers an array of insurance products with payout amounts that depend on airtime purchases.

“Econet Wireless runs a number of business ventures at the same time, with the telecommunications being its major business,” he says. “Chances of it folding are very slim.”

In a time of extreme economic volatility, Econet’s apparent stability has subscribers confident that their money is well-spent.

“I believe Econet is safe and will not fold easily, as it has other business ventures at the same time,” says Lorcadia Moyo, a restaurant owner who has funeral, health and auto insurance through the company.

Technology has made a lot of things easy for us.— Admire Kudita, a magazine editor who buys funeral insurance from EcoSure, the insurance division of Econet Wireless

But Econet might not be quite as stable as some Zimbabweans believe it to be. In 2010, the company started Ecolife, an insurance program, but Econet closed the program in 2011 because of legal concerns. That program offered life insurance at no extra cost to mobile subscribers who qualified by using a prescribed amount of airtime. However, 1.6 million people lost their insurance overnight. Most of those people were not even notified that the program had been canceled.

The company launched its current life insurance program, EcoSure, in 2014. About two months later, EcoSure advertised that it already had 1 million subscribers, but local media reported that some Econet users had been signed up for the program without their knowledge and were looking to opt out.

Representatives of traditional insurance companies declined to speak with Global Press Journal on the record, but documents from First Mutual Life note that the company believes many Zimbabweans don’t prioritize insurance in part because of high unemployment rates and shrinking disposable incomes.

Many Zimbabweans are skeptical of insurance schemes and other financial products in general since they endured hyperinflation and, eventually, total economic collapse in the years leading up to 2009. The country abandoned its currency. People lost their insurance investments and savings overnight.

According to a 2014 survey by Finscope Consumer Survey, which has the most recent data available, 70 percent of adults in Zimbabwe were not insured at the time of the survey. Of the 30 percent who were insured, the most common insurance packages were funeral coverage and medical aid.

Ronald Dube, who owns a hardware shop, says he’s coming to terms with this new era in insurance services.

“My children have convinced me to use my mobile phone for most transactions,” he says. “I eventually signed up for EcoSure, and I am getting used to it.”

“I am quite skeptical about buying insurance on my mobile phone,” says Tabitha Mguni, a high school teacher. “Maybe it is because our generation is not used to technology, but I prefer going to the traditional insurance company.”

Lorcadia Moyo is not related to GPJ reporter Fortune Moyo.