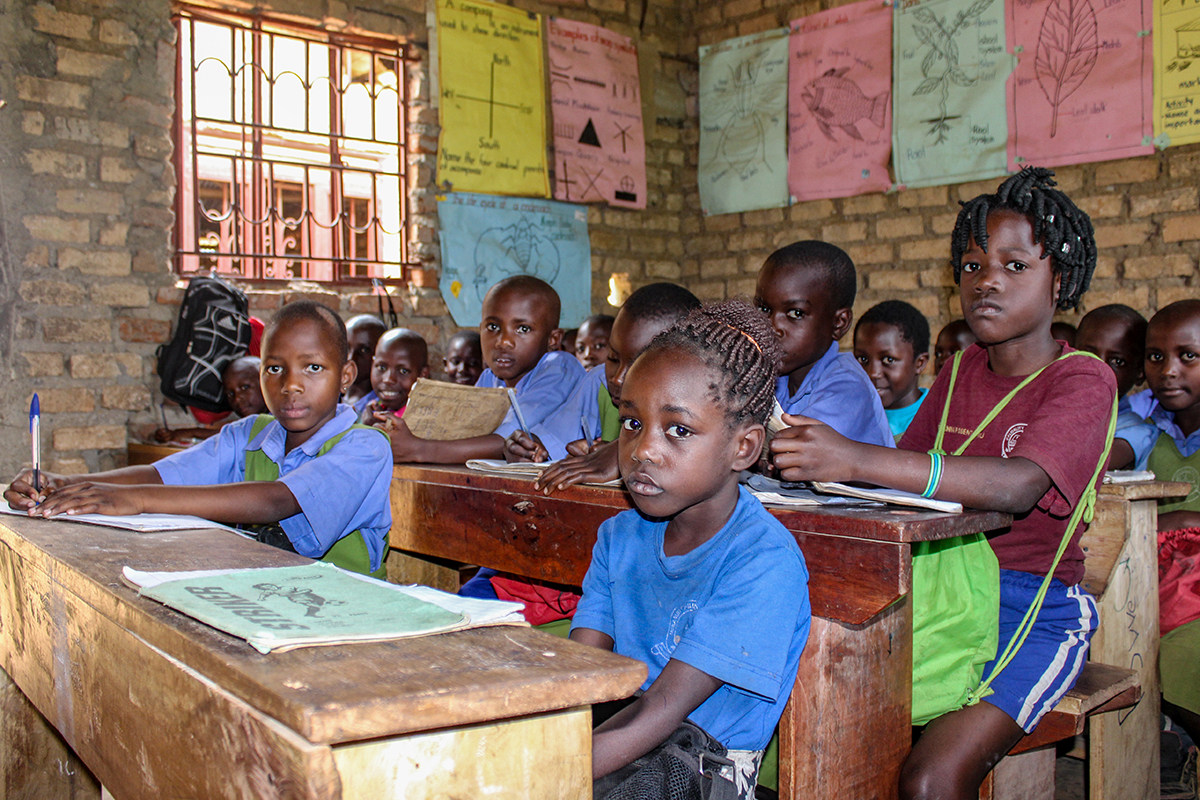 RAKAI, UGANDA — It’s break time, and 12-year-old Nambogo Fedrine sits on the grass outside her classroom at St. Joseph’s Day and Primary Boarding School, a for-profit institution, and enjoys a cup of porridge.

She points to a tree just a stone’s throw away, near the nursery-school area.

That’s where she used to bathe, she says.

“There was no pipe that could take out the dirty water, so we would step in the stagnant water while bathing,” she says.

Since then, the school has built bathrooms for the girls, and a plan is in place to do the same for the boys.

Still, though, there are problems.

Inside the school, the boys and girls share a dormitory that is separated by a canvas that at one point had a hole in it.

“The boys peeked through and looked at us, and this made me sad,” Nambogo says. 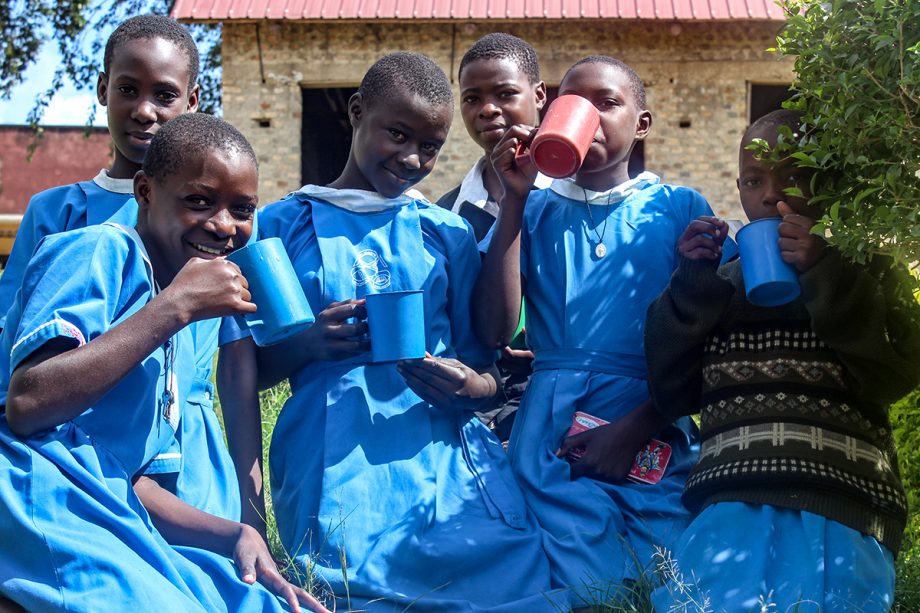 Girls at St. Joseph’s Day and Boarding Primary School didn’t have proper latrine facilities until recently. The school is for-profit. It’s not clear whether it operates legally.

The conditions at the school led the Ugandan government to shut it down early this year, but St. Joseph’s later reopened. It’s not clear whether it reopened legally.

For-profit schools are being created across Uganda, as parents demand options other than local public schools, which are often poorly funded and lack resources, even when parents are required to pay fees to cover supplies or food.

According to data provided to Global Press Journal by Vincent Sozi, the head of statistics in the Data and Statistics Department of Uganda’s Ministry of Education and Sports, the government has counted about 3,770 unlicensed private schools operating in the country, out of a total of 8,266 private schools. But illegal schools open constantly, so keeping an accurate count isn’t possible.

The government has tried to control the spread of for-profit schools. In Rakai district alone, more than 1,500 students missed out on education when about 100 private schools, including Nambogo’s, were closed in February of last year for failure to meet the government’s requirements.

The Ministry of Education and Sports sent out a document in February to inform parents and local officials that children should not be sent to unlicensed schools, says Assistant Commissioner Patrick Muinda.

In Rakai district alone, more than 1,500 students missed out on education when about 100 private schools, including Nambogo’s, were closed in February of last year for failure to meet the government’s requirements.

The ministry clearly outlines minimum requirements for private schools to operate legally. These include basic provisions such as separate latrine facilities for boys and girls, safe drinking water and places for students to sit.

Many for-profit schools fail to meet even those basic standards, Semutono says.

“You find a school without a pit latrine, and they tell you that they are harboring students,” he says. “We try to help schools and guide them to match standards.”

Schools that are closed aren’t supposed to reopen unless they work with education officials to ensure basic standards are met, Semutono says. Local police are charged with keeping tabs on closed schools, so that they don’t reopen without government approval.

Technically, a primary school can get a license free from the Ministry of Education and Sports, Semutono says.

But in reality, it can be very expensive – up to 3 million shillings (just over $800), in one case – when bribes and other corruption are taken into account, according to people who spoke with Global Press Journal about their experiences in trying to get a school license. (On average, a Ugandan household spends 244,400 shillings [$65] per month.)

Schools that are provisionally licensed for two school years can apply for classification.

The inspections and closures have had far-reaching effects. The government told Bridge International Academies that it could not open its schools in 2018. Bridge is a for-profit organization funded by high-profile donors including the Chan Zuckerberg Initiative, an investment group founded by Facebook founder Mark Zuckerberg and his wife, Priscilla Chan.

That was only the latest blow to the organization, which has battled with the Ugandan government for years. (Read more here.) 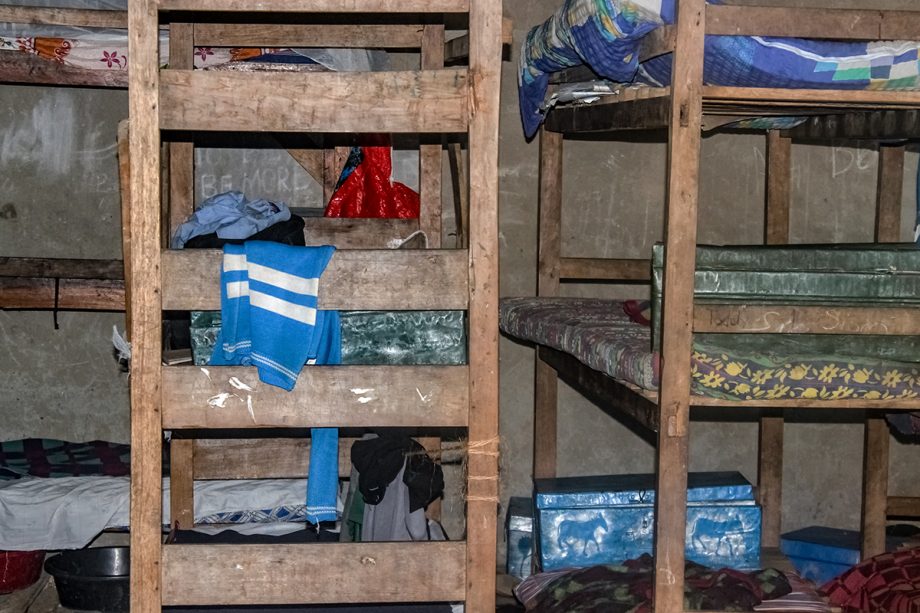 Boys and girls who attend St. Joseph’s Day and Boarding Primary School, a for-profit school, share a dorm separated only by a curtain.

Private-school owners say the government’s push to regulate their schools is an attempt to boost enrollment at public schools.

Some public schools are in worse condition than the private schools closed by the government, says Andrew Luyimbazi, head teacher at Saint Gonzaga Primary School.

At Calidarity Primary School, classroom blocks and dormitories are packed closely together, separated only by narrow corridors. The school, which isn’t licensed, runs mostly on donations, head teacher Jennifer Aleto says, but she adds that it’s still a better option than many public schools.

“The reason why the government is closing private schools is because they are losing students to schools like ours that perform better,” she says.

Calidarity was closed during a government inspection but soon reopened.

Many of the schools that were shut down in Rakai district pursue students from low-income families. They target parents who long for the cachet of sending their children to private schools, however cheap those schools come.

Scams are common at for-profit schools, Semutono says. For example, some parents are told that their children can attend school for free on a scholarship funded by international sponsors, but the parents are then asked to pay a fee to get a sponsor – money the school keeps for itself.

It can be very expensive – up to 3 million shillings (just over $800), in one case – when bribes and other corruption are taken into account, according to people who spoke with Global Press Journal about their experiences in trying to get a school licensed.

When someone claims to be able to offer a child a good education at a low cost, parents “will run to the person to avoid paying school fees or buying school requirements, even when there is a government school with more-organized systems,” Semutono says.

In some cases, owners of cheap private schools offer bargains to parents who struggle to pay school fees elsewhere.

“I was broke when the school owners approached me,” says Ruth Namazzi, whose daughter now attends St. Joseph’s Day and Boarding Primary School, where the boys and girls share a dorm. “My daughter had missed a term of schooling.”

However, the school wasn’t quite as advertised, Namazzi says. She didn’t know that her daughter was forced to share a dorm with boys.

“But what can I do?” Namazzi asks. “She was going to a private boarding school. They perform better than government [schools], and I want her to be better than me in the future.”

For some students, private schools, however faulty, are the only option. In rural areas, there may not be any public schools near enough, says Nalaji Peter Sserunjoji, a government school inspector for the Kyotera district.

“In remote areas, sometimes you feel that [private] schools should get closed, but if you close these schools, children will not benefit at all,” he says.