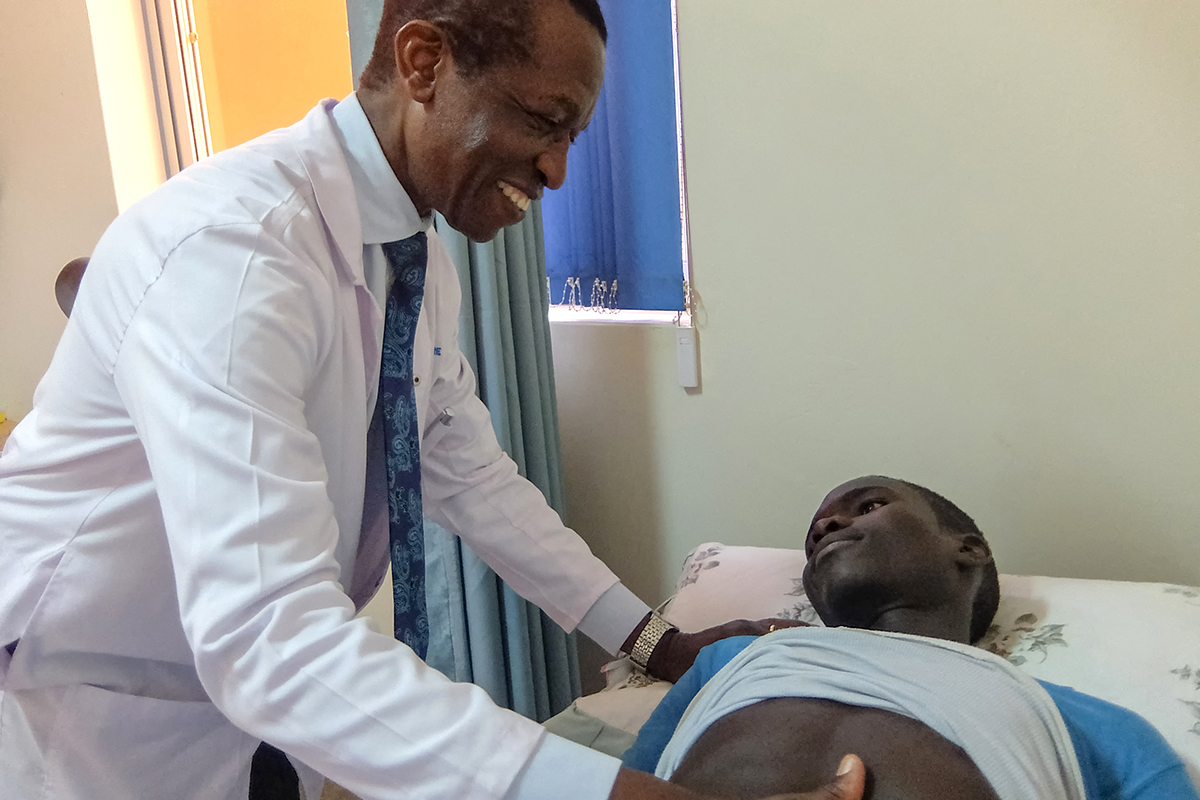 WAKISO, UGANDA — It’s been a year and a half since Dr. Stephen Watya opened UroCare Hospital in Nansana, a Kampala suburb, and already he’s performed about 300 operations and cared for about 3,000 patients.

That’s a standard line for the medical industry in many parts of the world, but ensuring high-quality care for serious illness is still something of an anomaly in Uganda, where it’s not unusual for people to seek medical treatment in India or South Africa because their Ugandan doctors don’t have the equipment or experience to treat them in Uganda. In some cases, Ugandan doctors formally refer patients to clinics and hospitals abroad. Patients who can’t afford those trips hold fundraisers to collect the money they need. (Read our story here about Ugandans who seek cancer treatment in India.)

Urology and nephrology services and treatments for kidney problems have been just as hard to come by in Uganda, Watya says, but he hopes he can change that history. 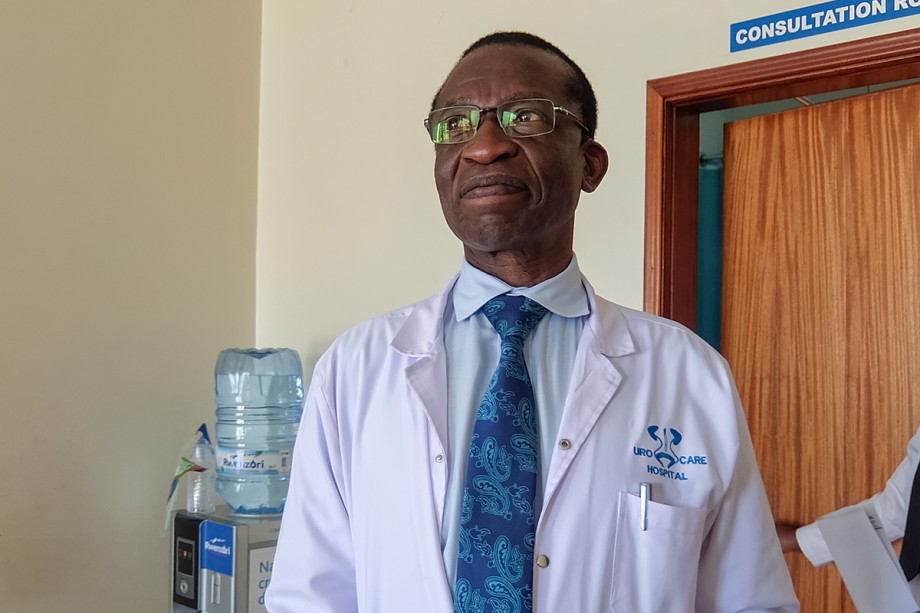 Many people leave Uganda to seek urological treatment elsewhere, but Dr. Stephen Watya hopes to build a practice in his specialty in Uganda.

He says he’s spent 2.5 billion Ugandan shillings (about $668,500) to buy the equipment needed to outfit UroCare. Treatments there cost less than at other facilities in Uganda, he says, but UroCare isn’t making a profit. Instead, he says, another arm of the hospital earns revenue and supports UroCare.

UroCare has the best urology services and equipment in the country, says Dr. Frank Asiimwe, head of the urology department at Mulago National Referral Hospital, a key hospital in the country.

Asiimwe says he and Watya are among the fewer than two dozen urologists working in Uganda. With so few specialists in the urology field, many Ugandans assume that the urological services they need aren’t available in the country.

Often, Watya says, people leave Uganda to seek treatment elsewhere, without knowing that it is possible to get what they need close to home.

Jeniffer Nakimuli, 34, says she heard about UroCare from a friend whose husband sought treatment there. She made an appointment to see whether Watya could help her, despite her concern about what might happen. Through just a small cut, she says, Watya and his team restored her kidney function.

“I thought they would cut me like a goat, but they put pin holes,” she says. “I am much better now.”

Watya trained as a urologist at the University of Cape Town in South Africa, after earning his medical credentials at the Mulago Paramedical School at Makerere University in Uganda in 1982.

He initially wanted to become a pediatrician, but he quickly saw that children suffered because of a lack of specialized care and equipment in Ugandan hospitals, he says. He eventually found his way to urology and worked in the field at Mulago National Referral Hospital.

Now, Watya says, he hopes to lead the way in developing excellent medical services for Ugandans in Uganda. Ultimately, he says, UroCare could become known as a center of medical excellence.