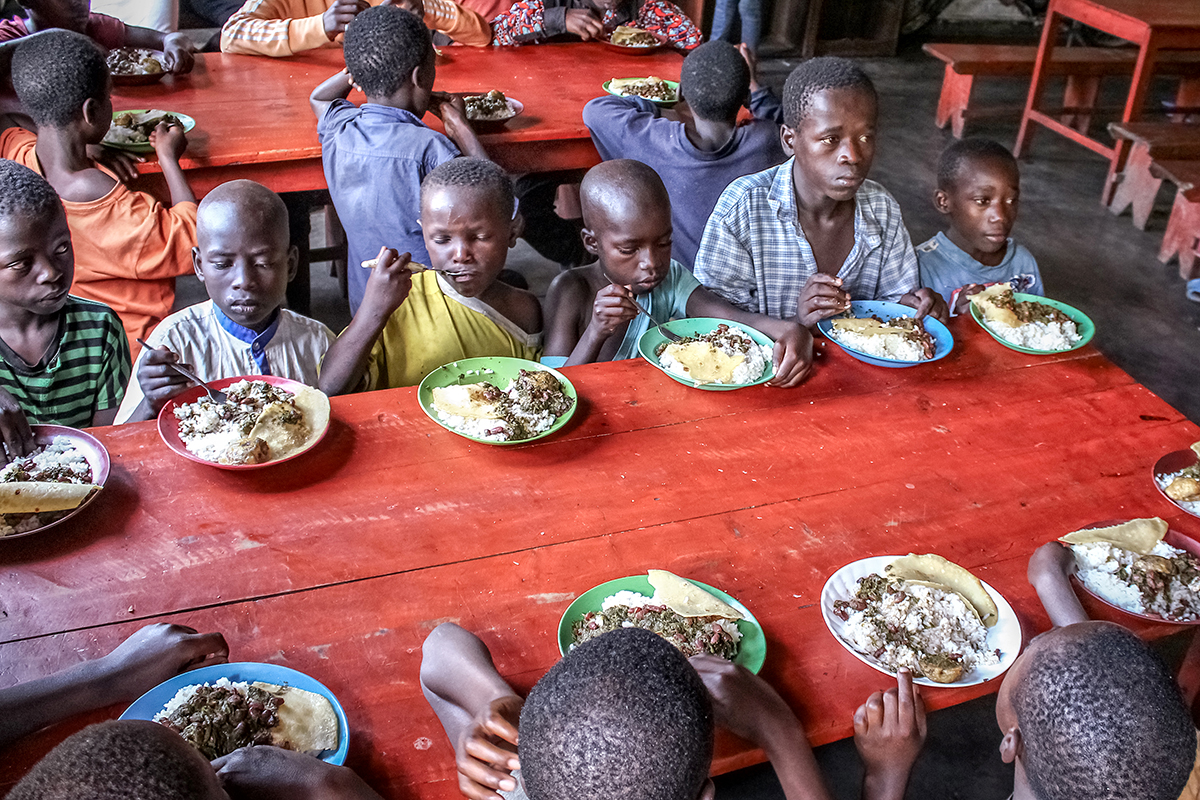 GISENYI, RWANDA — It was nearly 10 years ago when Patrick left home for good.

He hit the road to escape abuse and neglect, he says.

“I chose the lesser of two evils, taking to street life,” Patrick says.

Now he’s 15 years old. He sleeps on pieces of cardboard on sidewalks in front of this city’s shops. Other children, ranging in age from 5 to 17, sleep there, too.

Rwandan officials say more children are living on their own on city streets, even as the nation takes dramatic steps to improve life for orphans and other children whose parents can’t care for them.

In 2012, the government launched a program to move all children living in institutions to homes with families. There’s no precise data available, but government officials say most of the children have been moved. (Read more about this program here.)

But as those children get settled in homes, other children are choosing to leave their families to live on their own. It’s an ongoing problem that the government acknowledges but struggles to address. It’s not even clear how many children live on the streets.

“The real problem is not so much one of the wrong choice made by children, but rather the parents’ failure to fulfill their responsibility,” says Marie Grace Uwampayizina, the vice mayor for social affairs for Rubavu district in western Rwanda.

In 2011, the government adopted the Integrated Child Rights Policy, a sweeping set of guidelines that provide a number of guarantees: Children will be registered and will know who their parents are; children will be cared for either by their own or another family or via an alternative-care option; children will receive healthcare; and they won’t be abused or exploited, among other protections.

But it’s a slow process to put that policy into action. The U.S. Department of Labor’s Bureau of International Labor Affairs, which tracks child-labor issues around the world, notes that children in Rwanda are sometimes subject to abysmal working conditions, including brickmaking, agricultural work or sex work. 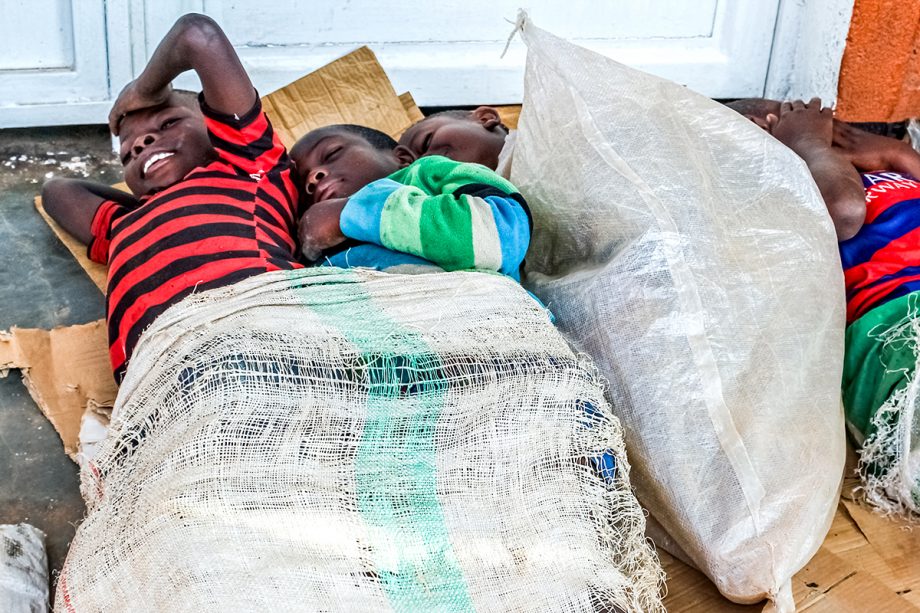 Children show how they sleep in front of a shop in Gisenyi, a city in western Rwanda.

The Rwanda Civil Society Platform and the Africa Platform for Social Protection noted in a report on the country’s child-protection programs that there’s political will to help these children, but there are few laws that protect children from abuse. Child abuse, including sexual abuse, and labor exploitation are serious problems in the country, the report notes.

Rwanda’s National Commission for Children, the agency tasked with implementing the Integrated Child Rights Policy, noted in a 2012 report that the issue of homelessness among children is largely undocumented in Rwanda. It’s not always clear why children take to the street, though the report notes AIDS and domestic violence as some potential causes.

Children who live on the street are open about their reasons for going it alone.

Musa, 14, says he moved to his aunt’s home after his parents died, but the aunt and her family were unkind.

“They never wanted to go anywhere with me, and I was treated like a domestic helper,” he says.

At the same time, some parents say it can be difficult to manage children.

“Life in the city has so many attractions that children are no longer interested in village life,” says Christine Nyirahabimana, 36, who says her 8-year-old child is often out on the street. “Time and time again, police help me bring my child back home, but the child quickly finds his way back into the streets.”

The government, along with local organizations, has opened numerous transit centers to house, feed and educate children. The centers also work to ultimately connect children with their families, who are given economic support and counseling, Uwampayizina says.

If families aren’t able to take their children back, the child is taken in by another family, known as a “guardian angel.” The Rubavu district has 85 guardian angels, Uwampayizina says.

Efforts to help the children and their families have trickled down to local levels.

Parents whose children return home after living on the streets now have an association through which they can each save 200 Rwandan francs (23 cents) per week into a bank account to start small projects, such as raising livestock and growing crops, with the support of the district.

The Ministry of Gender and Family Promotion established a program in March 2016 known as Inshuti z’Umuryango, which is Kinyarwandan for Friends of the Family. The program brings together male-female volunteer duos for child and family protection; the pairs of volunteers train village chiefs and local authorities on how to protect children and promote their rights.

Onesphore Biryabanzi, the gender and family promotion officer in Rubavu district, says the government will give mobile phones to the Inshuti z’Umuryango program, so that people can easily report child-abuse cases.

“Every single case of child abuse must be reported,” Biryabanzi says. “We’re tirelessly working to make sure we promptly identify every child in danger.”

Emmanuel Bizimana, 31, a member of the Inshuti z’Umuryango program, says she believes change is coming. It’s common to see children who are clearly unwanted after they’re born, she says.

“However, many of our efforts today focus on teaching parents how to raise their kids with love, and things are starting to improve,” she says.