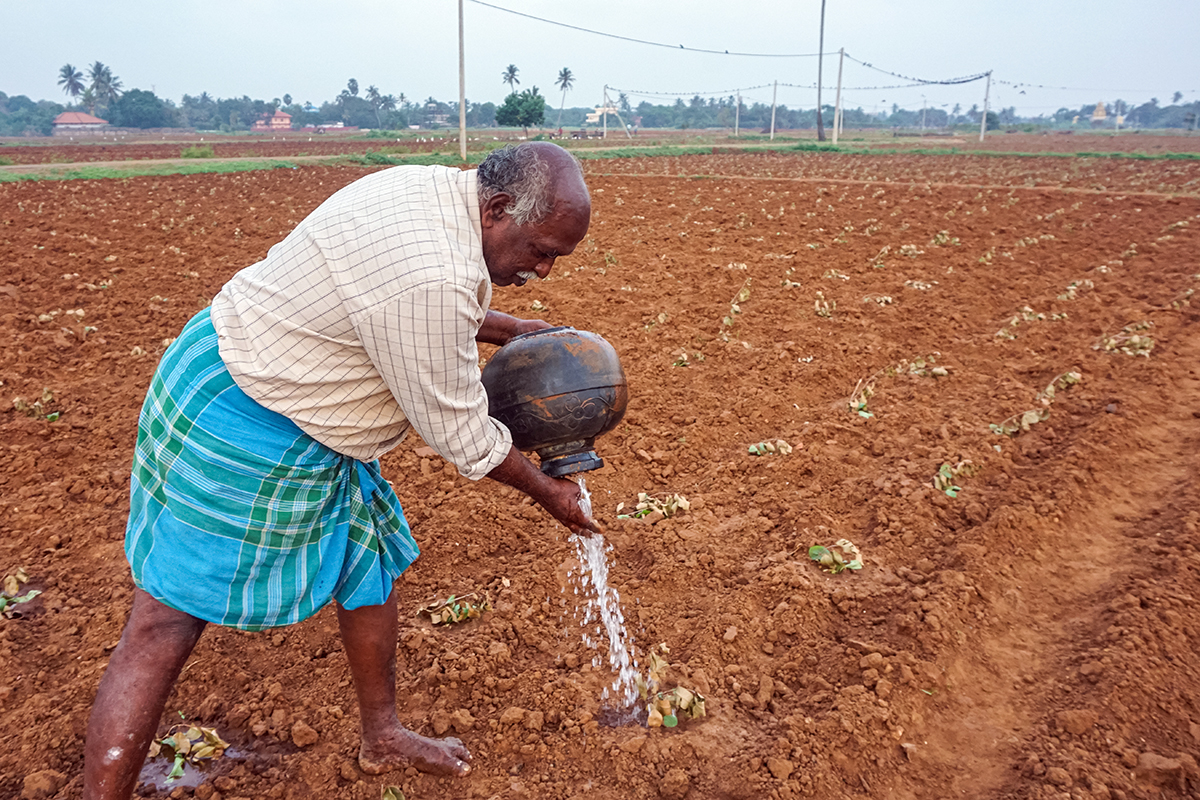 It’s cultivation season and farmers tend to the lush, green plants, digging with spades and sprinkling fertilizer. The season is usually a joyous one for the farmers. But this year, they work with worry, wondering if this will be the last time they touch the soft leaves of their tobacco plants.

A looming ban on tobacco cultivation in Sri Lanka aims to combat health consequences that come with rampant tobacco use – threatening not only the production of the crop, but the livelihood of tobacco farmers.

“We have no desire to lead people to the door of death,” says Shamijel Paththinathan, who has farmed tobacco for over 25 years and serves as the president of the Tobacco Producers Association in Jaffna, a city in northern Sri Lanka. “If the government is able to give us an alternative crop that equals tobacco [in income], we are willing to give up tobacco cultivation.” 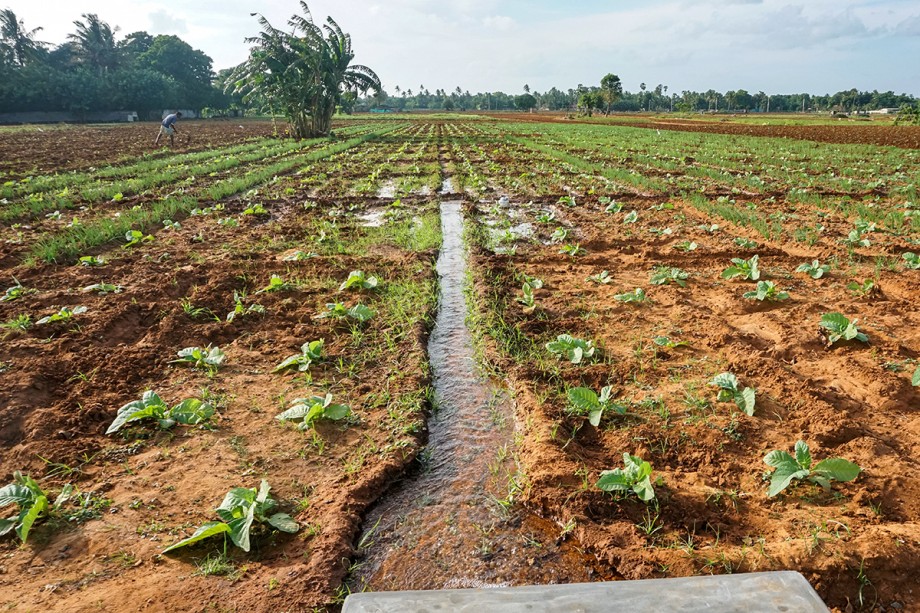 Nearly 1 in 10 farmers in Jaffna grow tobacco, a crop that is well-suited to the arid climate in this part of the country. In light of the upcoming ban, the government has proposed alternative crops, but farmers say that they won’t be as lucrative or convenient.

Tobacco was first introduced during Portuguese colonial rule in the 1600s. The island’s climate and soil is well-suited to growing it, so it became a major cash crop and source of income for the agricultural community in northern Sri Lanka. Now, nearly 1 in 10 farmers in the Jaffna district grow tobacco, according to the District Secretariat Jaffna.

But in June 2017, Rajitha Senaratne, Sri Lanka’s Minister of Health, Nutrition and Indigenous Medicine, announced that tobacco cultivation in the country would be banned by the end of 2020, as part of an initiative to curb tobacco use.

With 2020 fast approaching, farmers say they need an alternative crop, or crops, to grow. But it’s not as simple as swapping seeds.

“Farmers are prepared to cultivate alternative crops, but only if it’s going to earn profits as much as tobacco,” says Kandaiah Thiagalingam, who has been growing tobacco in the town of Chunnakam for more than 40 years.

Tobacco is a lucrative crop, with a low cost of production and a high sale value.

Paththinathan estimates that it costs 45 Sri Lankan rupees (26 cents) to produce one tobacco plant, which can then be sold to traders for up to 150 rupees (85 cents). Potatoes, an alternative crop proposed by government agencies, cost between 65 rupees (37 cents) and 75 rupees (43 cents) to produce 1 kilogram (2.2 pounds). But the current sale price of potatoes, fixed by the government, is around 40 rupees (23 cents) per kilogram (2.2 pounds). This means that it costs farmers more to produce the crop than they would make selling it.

And while other crops are seasonal, tobacco can be cultivated year-round.

“If you consider the production of other crops, the prices fluctuate depending on the seasons,” says Sanmugam Sasiban, assistant director of Small Enterprises Development Division of the District Secretariat Jaffna. “But tobacco earns a high income always.” 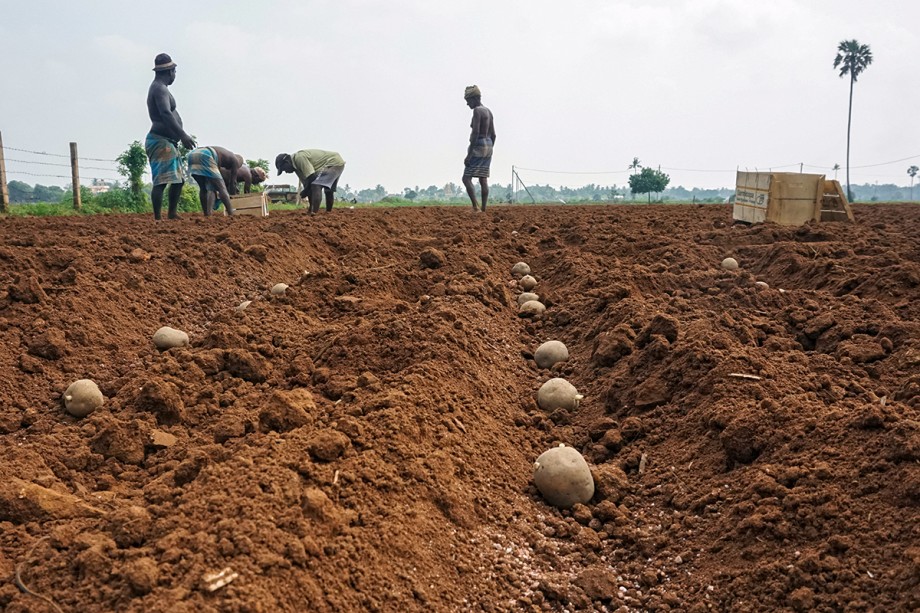 Farmers in Jaffna plant potatoes, one of the alternative crops suggested by the government as a replacement for tobacco.

Tobacco also requires less water to produce, an advantage for farmers growing crops in the arid Jaffna peninsula. Paththinathan says chili, another proposed alternative, requires water daily for up to seven months, which far surpasses the three-month watering time of tobacco plants. The difference is crucial for farmers here, since water is limited.

Even if an alternative crop is found, the ban’s impact extends beyond just farmers. Traders, tobacco sapling growers and local cigar workers are also affected.

“Because of the tobacco ban, the exports to outside districts have decreased,” he says. “Even during the civil war we used to ship tobacco.”

Niththiyananthan once employed 15 workers in his cigar business. He has had to let eight of them go.

Meanwhile, tobacco sits in piles in the farmers’ homes. Farmers find themselves unable to sell the crops from the last cultivation season, as increased awareness of the forthcoming ban has made buyers and businesses reluctant to purchase the tobacco. Paththinathan says that many tobacco farmers are now in debt, struggling to pay back bank loans.

Farmers are frustrated and point to what they see as a disconnect between the government’s focus on curbing tobacco use, even as other potentially bad habits are common.

“Many types of cigarettes, alcohol, cannabis and other drugs have entered the country,” says Thiagalingam. “But instead of banning them, the motive [of the tobacco ban] is to bring recession into the livelihood of Tamils.”

Tobacco farmers have taken part in peaceful street protests and written letters to state authorities. But Paththinathan says there has been little response. If the situation continues, he says, the group plans to resume their protests in greater numbers. 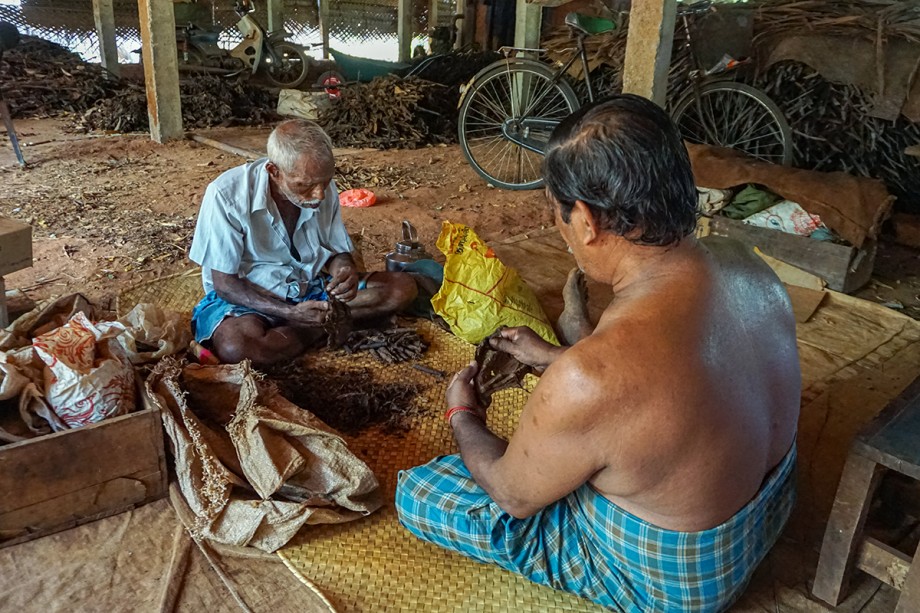 Kandiah Kulenthiran and Sabapathipillai Niththiyananthan roll cigars in Inuvil, a village in northern Sri Lanka. Niththiyananthan once employed 15 workers in his cigar business, but has since had to let eight of them go.

Sasiban says the government is aware the tobacco ban will have a great impact on farmers in the north. He admits that introducing alternative crops is a difficult task and believes that easy loan facilities and subsidies need to be introduced for tobacco farmers.

“The government is attempting to handle some of the situations smoothly considering the welfare and livelihood of farmers,” he says.

He adds that even though tobacco farming is discouraged in order to prepare farmers for the 2020 ban, no action has been taken against those currently cultivating tobacco.

Pushparasha Sarujan, an agricultural instructor with Jaffna’s Department of Agrarian Services, is part of a team trying to introduce alternative crops to tobacco farmers.

He says the farmers he meets welcome the ban on tobacco, acknowledging that smoking tobacco is harmful. But they also point out that cigarettes are not included in the ban, a contradictory element of a plan to reduce smoking in Sri Lanka.

“This situation needs to change by controlling the usage of tobacco here and exporting [the tobacco] to the other countries,” he says.