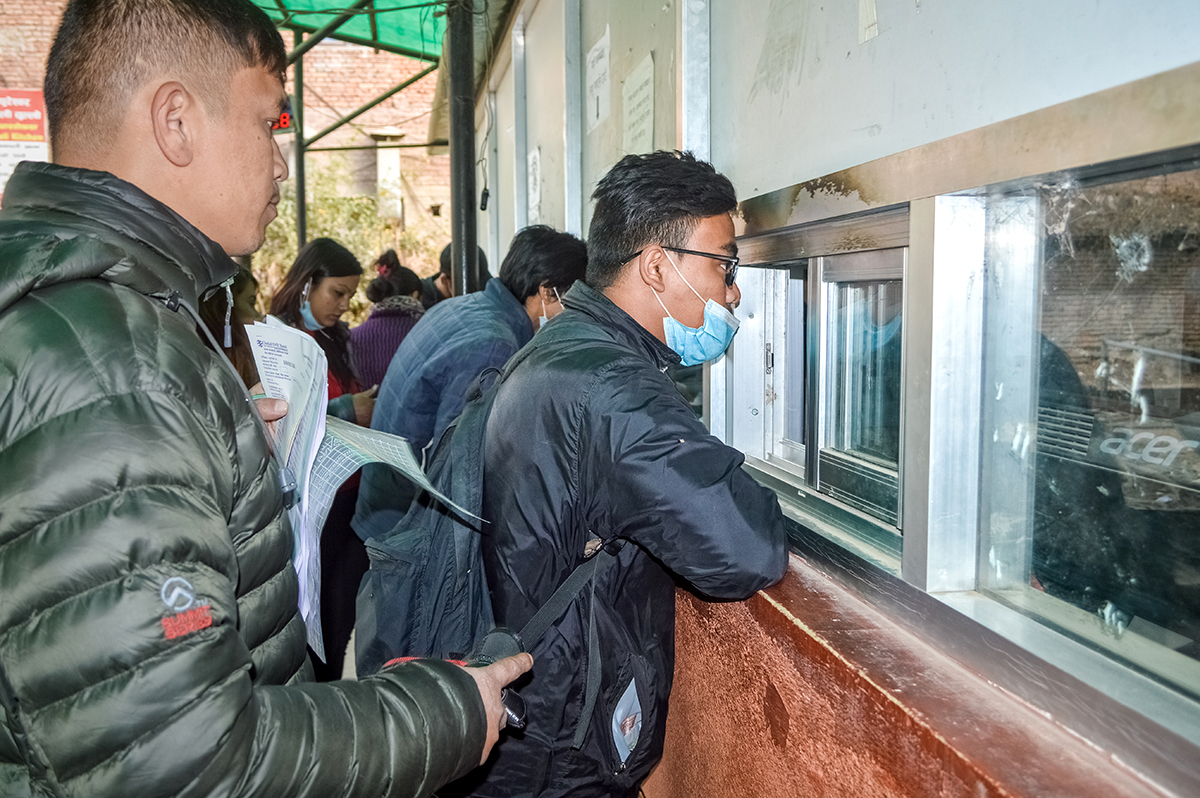 KATHMANDU, NEPAL — In 2014, the vehicle Sthaneswor Bhusal was driving in Saudi Arabia was hit by a truck. The driver of the truck, an Indian man, died on the spot.

Bhusal, 36, had been in Saudi Arabia since 2011, working as a driver. He didn’t have a valid driver’s license, but recruiters at Innovative Manpower Agency, the firm that connected him with employers in Saudi Arabia, sent him abroad for the job anyway.

It didn’t seem like a big deal. Nepalese workers are often sent abroad for jobs for which they’re not quite qualified or prepared.

But when the accident happened, Bhusal’s lack of a license became a very big deal. He was sent to prison. When Nepalese consulate officials inquired about his release, they were told that he would remain in detention until he paid 150,000 riyal (about $40,000) to the family of the Saudi man who died in the collision.

Yam Kumari Bhusal, Sthaneswor Bhusal’s mother, calls it “blood money.” There’s no way she can save that much, she says.

“Our souls will not find solace until our son comes out of the prison,” she says.

Shaneswor Bhusal is one of 502 Nepalese in prison in Persian Gulf countries, says Gahendra Rajbhandari, director general of the Department of Consular Services in Nepal’s Ministry of Foreign Affairs.

In an effort to free those imprisoned workers and bring them safely home, the Nepalese government is arranging for each prisoner to receive legal aid in the countries where they are. 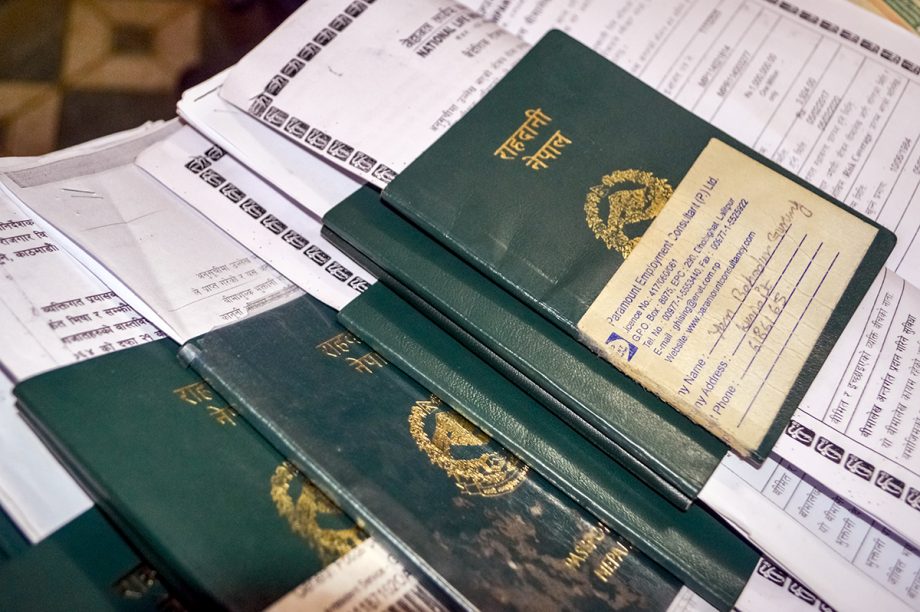 Workers submit their passports and work contracts for verification with the Nepalese government before they leave the country.

Since August, Nepal’s Foreign Employment Promotion Board, the government department that regulates recruiting for migrant workers and enforces safety and legal guidelines, has sent 5.5 million rupees (about $53,000) to Nepalese embassies to cover legal aid fees in Qatar, Saudi Arabia, Malaysia and other countries that host Nepalese workers.

That’s on top of 11.5 million rupees (about $112,000) government officials say was paid to those embassies to repatriate the bodies of Nepalese workers who died while overseas.

About 2.7 million Nepalese have received permits to work abroad in recent years – a huge portion of the nation’s 30 million people. The majority of those workers go to countries in the Persian Gulf, where they work on construction sites, drive trucks and clean office buildings,  among other jobs. Often, work permits last for multiple years, so it’s difficult to know how many are overseas at any given time.

Rajbhandari says that many of the workers imprisoned overseas are charged with working illegally and overstaying their visas. Often, the worker doesn’t have a choice in those matters, particularly in cases when an employer refuses to let him or her leave the country to return home or when the worker can’t afford a plane ticket to do so.

In other cases, Rajbhandari says, workers were caught drinking alcohol, which is largely illegal in the Persian Gulf.

The Nepalese government’s efforts to free imprisoned migrant workers will focus on cases where the workers were charged with what it considers minor offenses, such as drinking alcohol, Rajbhandari says.

He cautions that there’s likely little that can be done to help Sthaneswor Bhusal, who is accused of killing a Saudi citizen.

Kul Bahadur Karki, chairman of the Pravasi Nepali Coordination Committee, launched a “Save Bhusal” campaign in August with the goal of collecting 4.5 million rupees (nearly $44,000) – roughly the amount of money demanded by the Saudi court. The committee works to protect the rights of Nepalese migrant workers.

Workers need proper orientation before they go abroad, Karki says. Often, he says, they get a certificate stating that they’ve been informed about local laws in the countries where they’re going when, in fact, they haven’t been given any information at all.