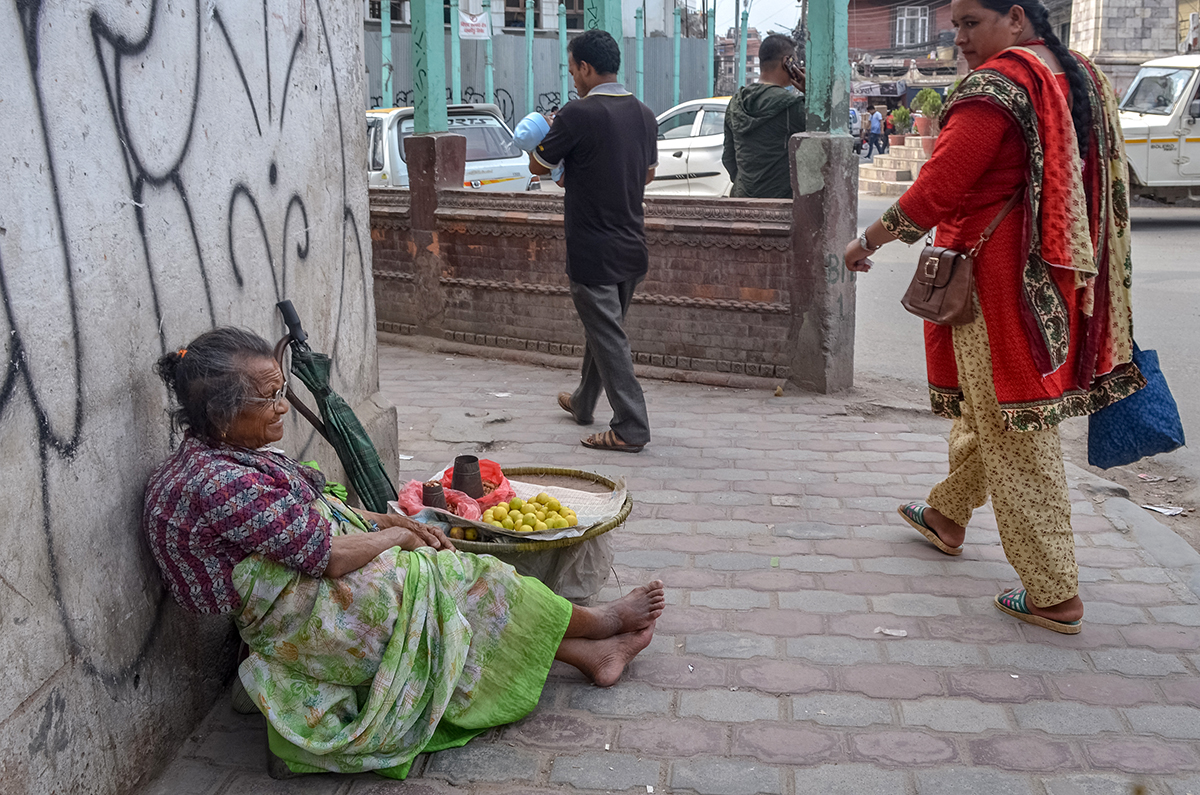 KATHMANDU, NEPAL — Dhanamaya Tamang, 61, has been staying with her adult daughters since she was diagnosed with heart disease last year. She has been taking medication for her condition, but she says the recommended surgery is cost prohibitive. The medication alone costs 7,000 Nepalese rupees ($64) per month.

Tamang says she was excited to hear about a new 100,000 rupee ($908) health-insurance stipend for senior citizens, legally defined here as people over 60. But when the 2018-19 budget was announced in June, she realized that the benefit was reserved for people 70 or older.

“What happened to providing for senior citizens? Now, the government provides benefits only after the age of 70 years,” Tamang says.

Legal advocates also question the new rule, suggesting that it contradicts the Senior Citizens Act, passed in 2006, which defines a senior as a person over 60. 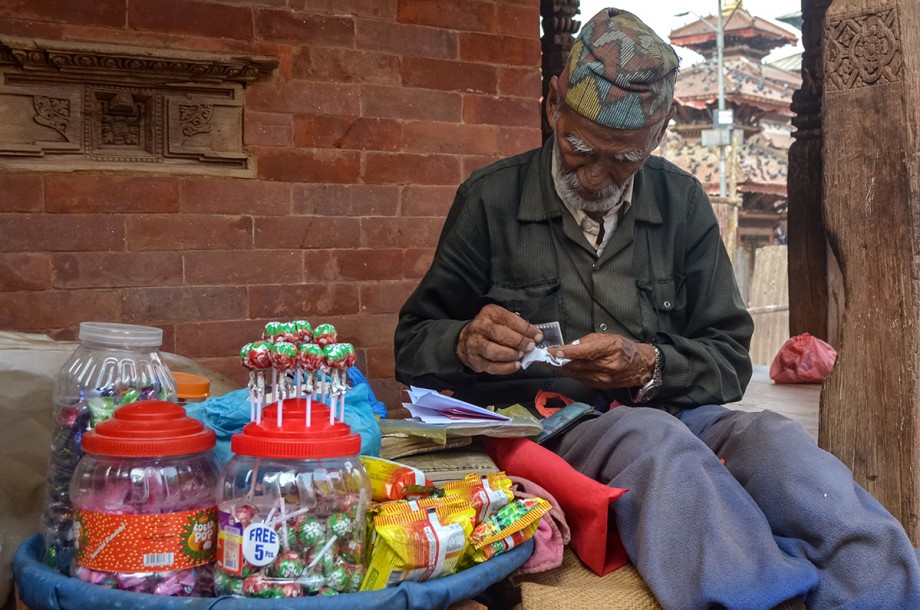 Indra Bahadur Dulal, 81, still works as a sidewalk vendor in one of Kathmandu’s busiest areas.

Chhatra Bahadur Pradhan, secretary of the National Senior Citizens Federation, says a blurry definition of “senior citizen” is not in anyone’s interest. He and others are asking that one of the rules be amended: Either the law should change so the definition of a senior is 70, or benefits should be provided to those 60 and over.

“What’s the government’s responsibility? Is it only to formulate the law or to implement it fairly also?” Pradhan asks.

But Bharat Raj Sharma, under secretary at the Ministry of Women, Children and Senior Citizens, says that the government is not bound by the 2006 law when deciding to provide health benefits, an issue not covered in the law.

The reason for the age amendment was simple, he says.

“The government does not have the resources to distribute allowance to all people over 60,” he says. “So, the government has decided to provide the senior citizens allowance for those who are 70 years or above.”

The average life expectancy in Nepal is 71.

According to the most recent census, there are nearly 2.5 million people in Nepal over 60. But social security benefits, 2,000 rupees ($18) a month, and the new health insurance stipend are only offered to people over 70, with a few exceptions. Some populations, such as the Dalit community, are eligible to receive benefits at 60.

What happened to providing for senior citizens? Now, the government provides benefits only after the age of 70 years.Dhanamaya Tamang, 61

While the debate over the age of recipients continues, advocates say they are also concerned about the lack of awareness around the health benefit.

Kanchhi Shrestha, 85, receives the 2,000 rupees ($18) from the government. But she says she still has to work because the amount doesn’t cover her expenses.

“Nobody will be close to you when you are aging without money,” she says, sitting on the side of the road selling almonds and lemons. “What can be bought with the allowance provided by the government?”

“If the government has made this decision, it’s a cause for celebration for us,” Shrestha says of people over 70.

Indra Bahadur Dulal, 81, who works as a sidewalk vendor in one of Kathmandu’s busiest areas, says he knew nothing of the health allowance.

He also believes that if word has not spread in the capital, people in rural areas will have little chance of taking advantage of the benefit.

“If this is the situation of people like me who are living in Kathmandu, it’s foolish to think that senior citizens living in villages will get the government benefit,” Dulal says.