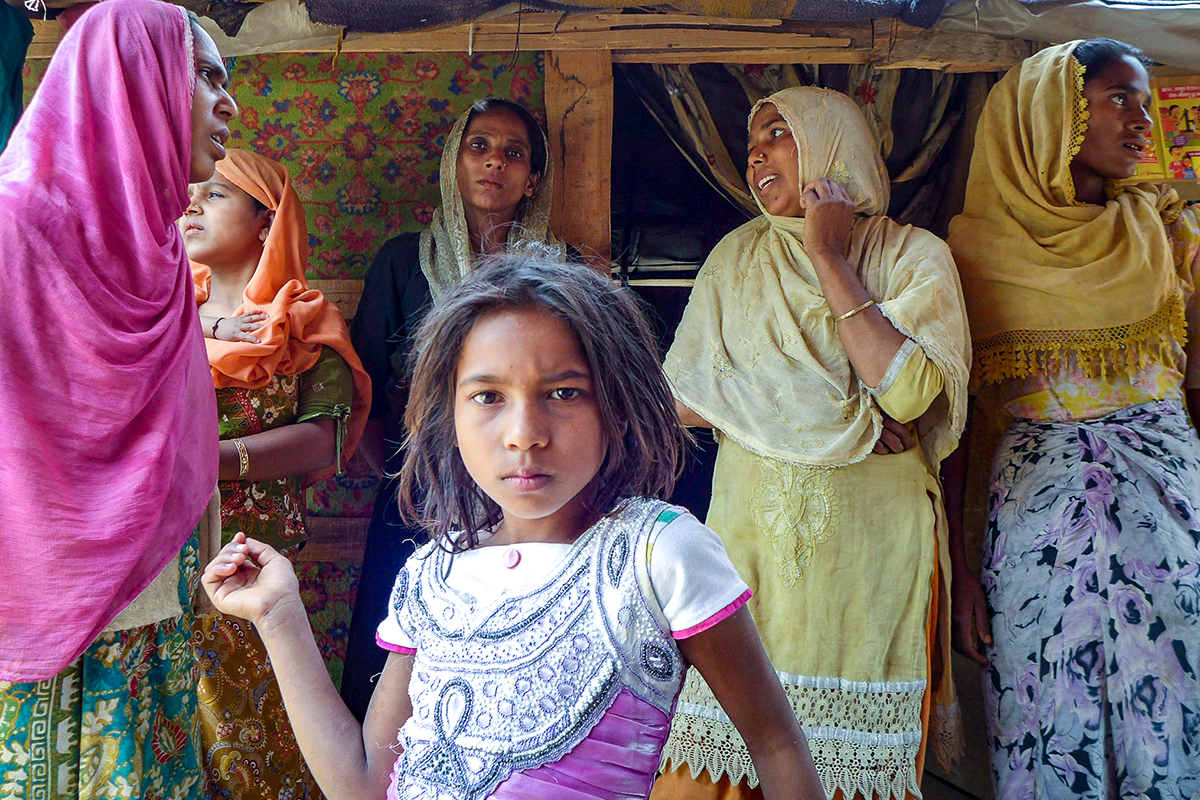 JAMMU, INDIA — Abdul Salam, 25, came to this contested mountain region at the intersection of Pakistan and India to escape anti-Muslim violence in Myanmar, his home country.

But he found danger here, too, when the small hut where he lived with his family in the Bhagwati Nagar area of this city was set aflame. Several other huts were also burned. Salam, a Rohingya refugee, ran with others to another section of the city, but he says he lives in fear every day. People here don’t welcome Muslims, he says.

“The huts were located in a Hindu-dominant area,” Salam says. “We ran and settled in another refugee camp, but the fear doesn’t go away.” 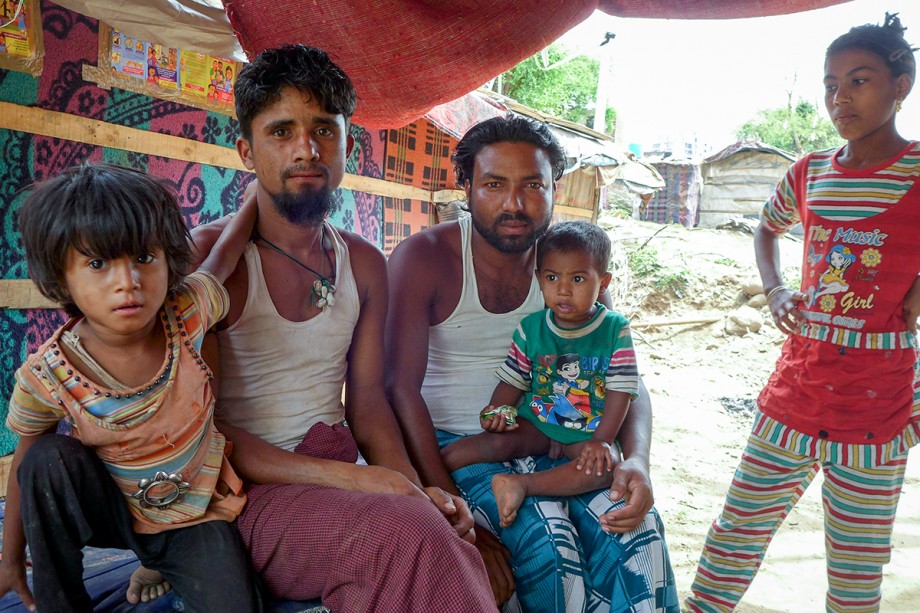 Adul Salam (center) sits with other refugees in a camp in Jammu, India. Salam fled Myanmar four years ago, but he says he still lives in fear because local political groups are pushing for him and others to be deported.

That was in February, shortly after anti-refugee messages began appearing around the city.  “WAKE UP JAMMU, Rohingyas, Bangladeshis QUIT JAMMU,” and “Let us all Jammuites Unite to save History Culture and Identity of Dogras,” the billboards said, referring to Jammu’s Hindu majority.

The Jammu and Kashmir National Panthers Party, a political party, was responsible for posting the billboards and included its name on the signs. The billboards have since been removed. Jammu is part of a contested area that is administered by India.

The February fire was one of a series of fires targeting Rohingya refugees in Jammu.

For decades, Rohingya have faced extreme persecution in Myanmar, a Buddhist-majority country, because they are Muslim. Rohingya refugees first arrived in India in 2008, but many more arrived in and after 2012 as persecution intensified, according to UNHCR data.

The violence against Rohingya refugees in Myanmar is now so severe that human rights organizations describe it as genocide. 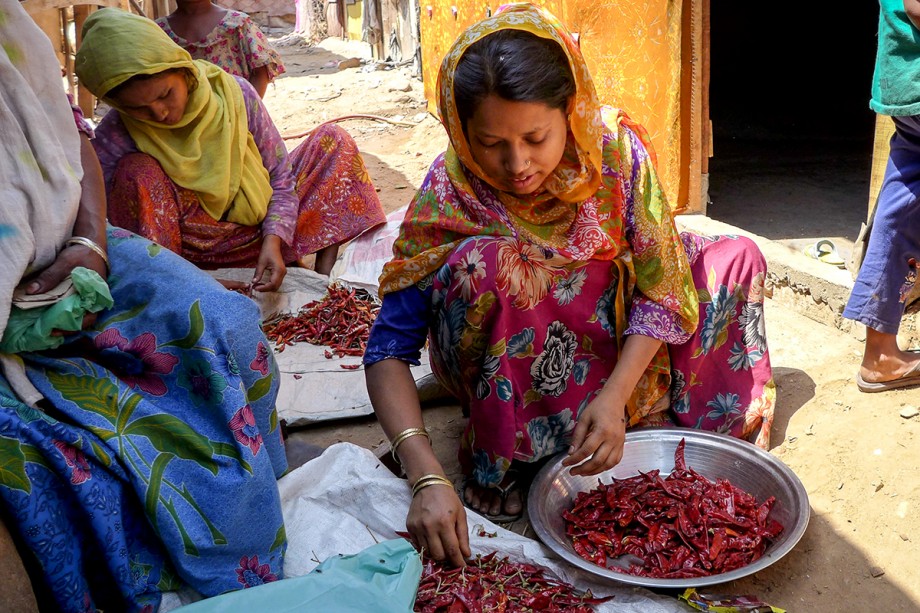 More than 168,000 Rohingya are estimated to have fled Myanmar since 2012. About half of the estimated 14,000 Rohingya refugees in India are living in and around the city of Jammu, according to UNHCR officials.

India is not a party to the 1951 Refugee Convention, so it does not have a formal framework in place to protect refugees. Even so, it grants asylum to refugees from neighbouring countries, which is not unusual in Asia. Hundreds of thousands of Rohingya refugees live in squalid conditions in Bangladesh and other countries where UNHCR is limited in how it can assist them. (Read our story about Rohingya refugees in Nepal here.)

Anil Gupta, a spokesman for the Bharatiya Janata Party in Jammu, argues that the Rohingya refugees should be deported.

Fleeing Myanmar for Nepal, Refugees Gain Safety, But Not Much More
Rohingya refugees fleeing violent persecution in Myanmar have found safety in Nepal, but their situation is still dire. Many lack food, and they are receiving little support from the U.N. or Nepal’s government. Read the story.

“They are the illegal settlers here and they cannot settle here,” he says, adding that the refugees are now moving to other areas of Jammu.

“We cannot let this happen,” he says.

Shaheena Begum, a Rohingya refugee who came to Jammu five years ago with her family, says she doesn’t allow her children to attend school for fear that they’ll be mistreated.

“I want to run back but can’t,” Begum says, referring to her desire to return peacefully to Myanmar.

The Rohingya refugees who came to Jammu made the trip at great personal cost and risk.

Salam says he fled Myanmar in 2013 in the middle of the night with his wife and their two children, as well as other relatives. The group bribed border officials along the way until they reached Jammu.

“We were living peacefully here until February when our huts were burned,” Salam says. “The fear started to grow when we saw posters near the places we live which were asking us to leave.” 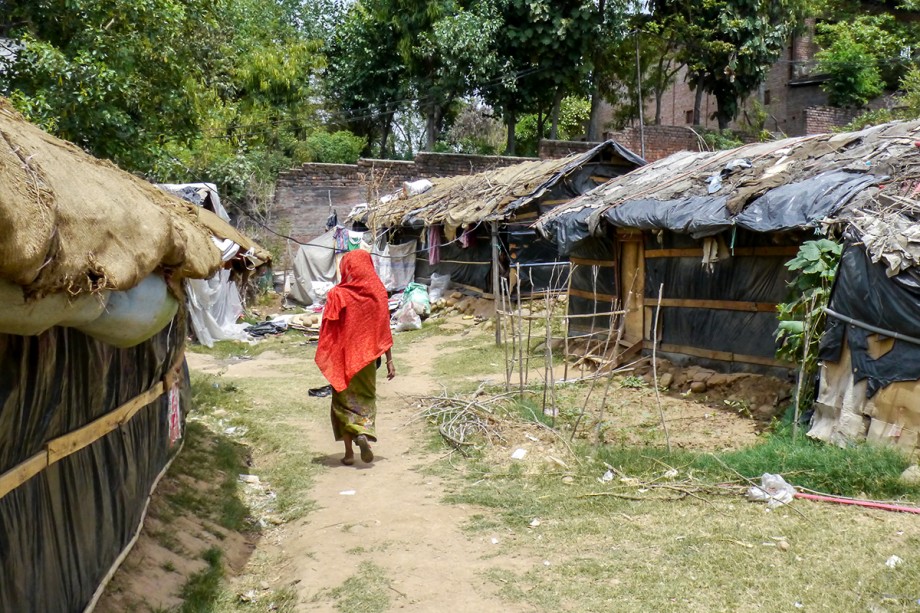 A woman walks in a refugee camp in Jammu, India.

Correction: This story has been updated to correct an error in the headline. The photo captions in this story have been updated to accurately characterize the status of Jammu, India, which was stated incorrectly in the original version. Global Press Journal regrets the error.