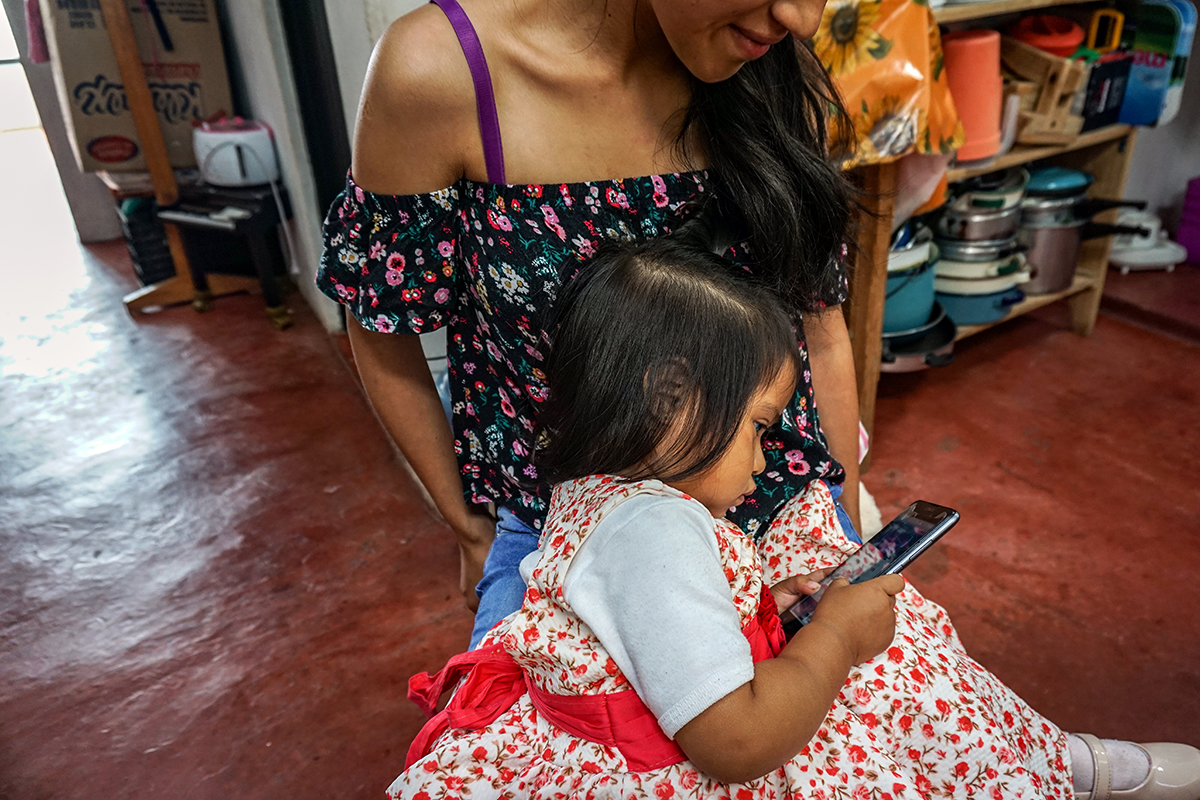 SAN CRISTÓBAL DE LAS CASAS, MEXICO — The pregnancy rate among teenage girls in this country is staggering, hovering at or near the top of every global list and higher than many countries except some in sub-Saharan Africa.

Often, the focus on solving the problem of youth pregnancy is on the girls who are at risk. But Zedxi Velázquez Fiallo, who works to promote and defend sexual and reproductive rights in Chiapas, says the root of the problem is much deeper than an individual child.

The notions of motherhood and relationships are romanticized in Mexico, she says, and people tend to lean into traditional roles because they lack the tools to move beyond them.

Often, Velázquez Fiallo says, society considers the solution to be “individual responsibility,” with an emphasis on contraceptive use. But it’s important to consider the role that Mexican society plays in teen pregnancy and to consider how society might help reduce the number of girls who get pregnant, she says.

The problem of adolescent pregnancy is particularly acute in Chiapas, Mexico’s southernmost state. According to a 2014 national demographic survey, 81.7 percent of adolescents between 15 and 17 years old in Chiapas did not use contraceptive methods in their first relationships – the highest percentage in the country. The reasons cited include that the girl did not plan on having sex or that she did not think she would get pregnant.

Whatever the reason, it’s common for teen girls in Mexico to become mothers. For some, their lives become different than they imagined. For others, early motherhood is a fulfillment of expectations, either their own or their community’s.

Young mothers in Chiapas spoke with Global Press Journal about their pregnancies and children. 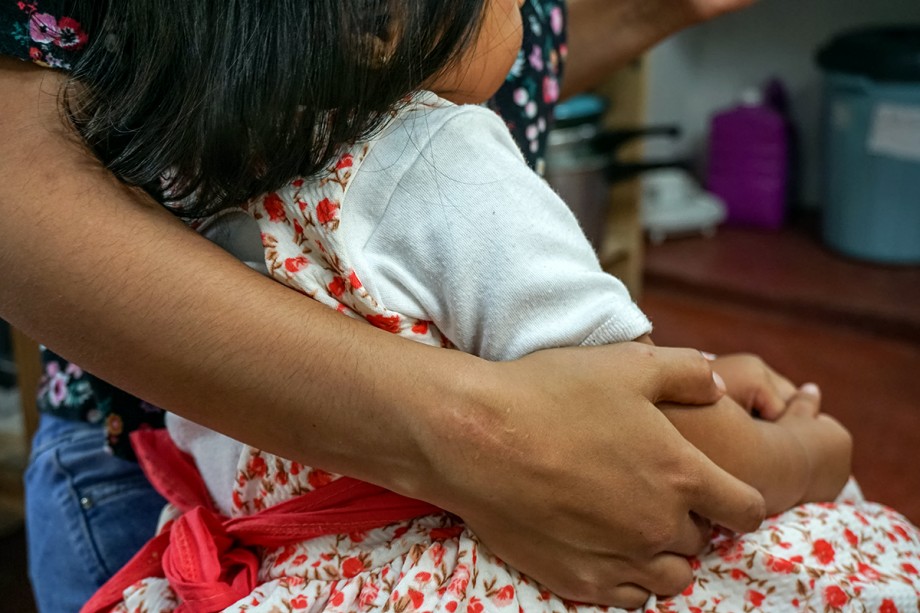 Yesenia Elizabeth G.V., 18, gave birth when she was 16 years old. She says she has regrets about becoming a mother so young, but she’s joyful when she reflects upon the fact that she is able to care for her child.

Yesenia gave birth to her baby two years ago, when she was 16 years old. She’d been with her partner for about a year when she discovered she was pregnant. She says she received sex education in school and found it useful, but she adds that she treated sex as though it were a game.

“At first, we took it very nervously, because we didn’t know what to do, and later we decided to have it,” she says.

Yesenia says she wanted to continue her education and didn’t think being pregnant or having a baby would stop her from going to school. That was true, early in her pregnancy.

Then, there was a complication with the pregnancy. Yesenia’s school director recommended that she temporarily drop her classes, and she complied. But she never went back.

“Sometimes, when I have problems, or I feel alone … I feel regret, and I think about how my life would have been,” Yesenia says.

Other times, she says, she feels joyful that she has proven wrong the people who thought a teenager couldn’t care for a baby.

Sometimes, she thinks of what her life would be like if she hadn’t gotten pregnant, she says. She might have gone to junior college and then to a university to study marine biology, she says.

“I dreamed of earning good money, getting my mom out of work, helping my sisters,” she says.

Now, Yesenia lives in San Cristóbal de las Casas, a major city in Chiapas, at her in-laws’ house with her partner, now her husband, and their child, but she acknowledges that this was her choice. She thinks that girls and young women should control what happens to them.

“They should decide for themselves and not give up,” she says. 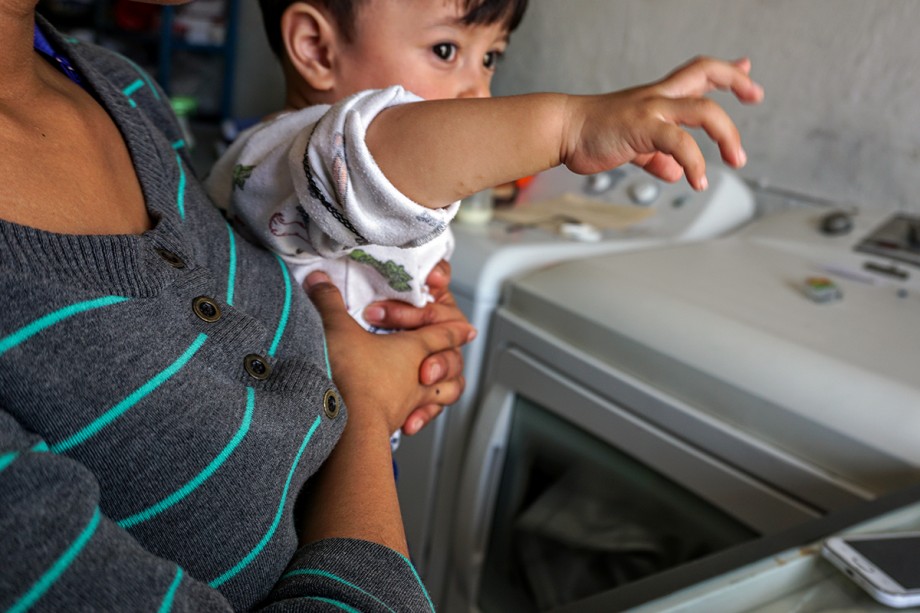 Saira had been in a relationship with her boyfriend for about two years when she became pregnant. She was 17 years old.

“Inside, as women we always have the sensation of being mothers, having a baby,” she says. “It felt good. It wasn’t planned, [but] we didn’t protect ourselves.”

Now, she says, there’s a lot of talk about girls and women who get pregnant at a young age. That makes her feel sad, she says.

Saira asked that her full name not be used to protect her privacy.

“I somehow knew that I could get pregnant, and it didn’t matter to me because I loved him,” she says of her boyfriend. “I felt safe, and from the time I started my relationship with him, I imagined having children with him.”

Now, Saira lives in San Cristóbal de las Casas with her parents and her child. She works at a laundry facility and clearly sees how her life might have been different, had she not gotten pregnant. 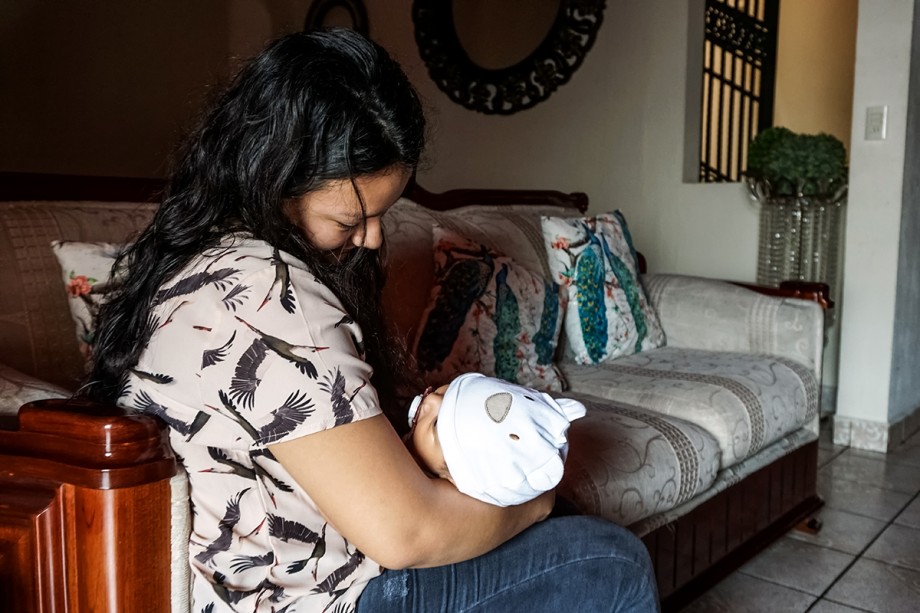 Azul Ramírez lives in the municipality of Venustiano Carranza, just under 100 kilometers (62 miles) from San Cristobal de las Casas. Azul was 16 years old when her baby was born.

Azul Ramírez’s baby is about 4 months old. She found out she was pregnant when she was four months along, she says.

Before she got pregnant, Azul’s life revolved around studying, playing sports and relaxing. She dreamed of attending university.

That all changed when she discovered she was going to have a baby.

“The regret was there from the first moment,” she says. “You think about your age, what you used to do before, how I would tell my parents, how to feel the responsibility.”

Azul says she didn’t want to be pregnant. She wanted her life to remain the same. She went through sex education, she says, but she didn’t think she needed to worry.

“We thought we would never go through something like this, that it always happens to someone else,” she says.

And all the education in the world doesn’t change life in Carranza, a small town in Chiapas. If you ask for contraceptives at a health center, she says, everyone will know.

But now, she says, her parents treat her like a young woman, rather than a child. Sometimes, she says the same things she might have said before she had her baby.

“Now, they pay attention,” she says.