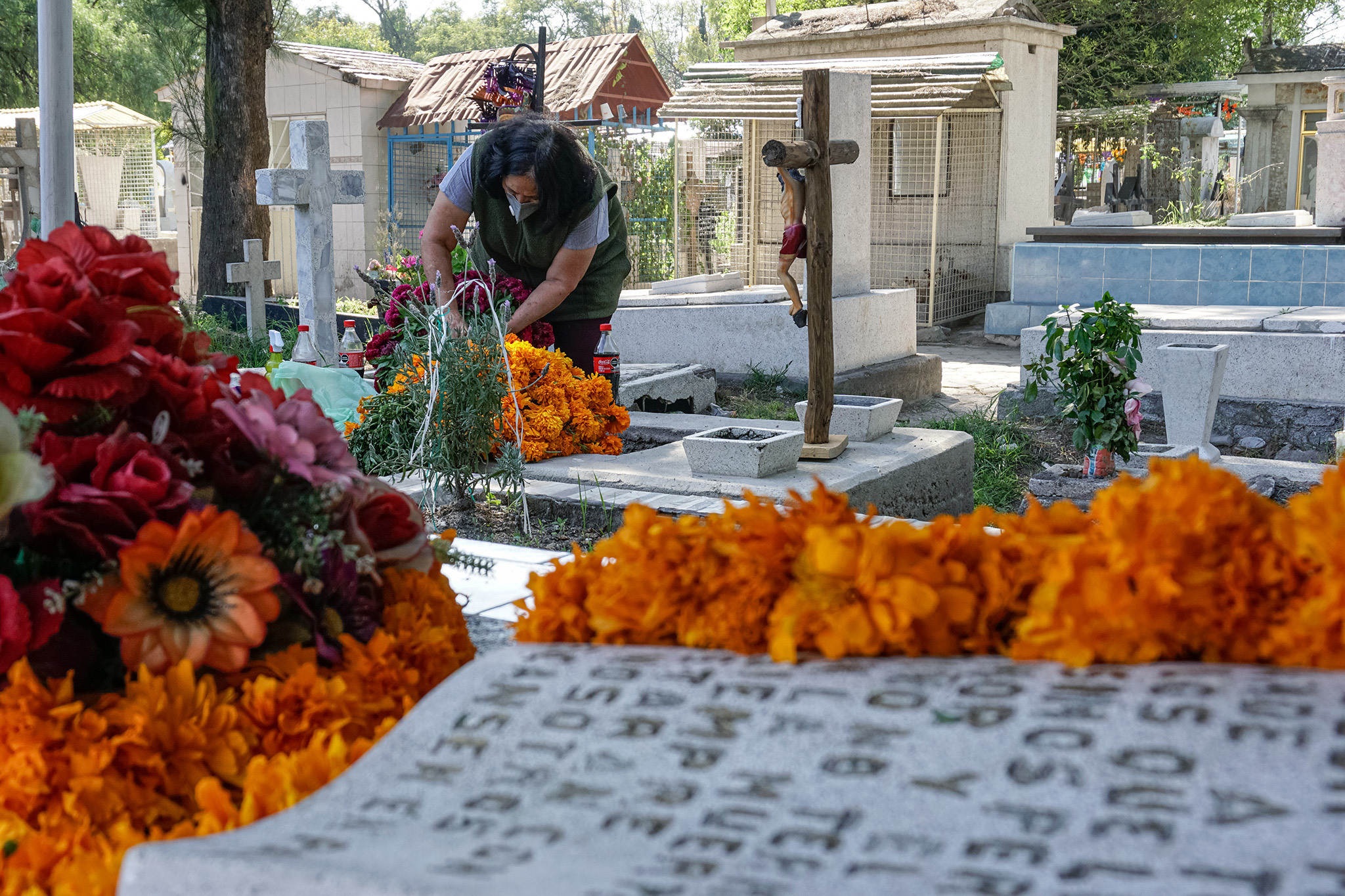 Hundreds of candles light the paths between tombs. Marigolds cover graves like carpets, their intense orange color and grassy scents guiding the dead. The sugar-sweet smell of cinnamon, pumpkin candy and mole sauce weave through the air, along with haunting melodies in an annual party shared by the living and the dead.

But this year, during one of the most symbolic celebrations in Mexican culture, many graveyards will remain silent.

The governments of Mexico City and the surrounding state of Mexico have closed cemeteries to prevent the spread of the coronavirus, essentially canceling the ceremony — known as Día de Muertos, or Day of the Dead — in a year when the country is surrounded by death.

Mexico has one of the world’s highest number of cases of COVID-19, the disease caused by the virus, and officials say residents need to stay safe by avoiding crowds. But the inability to visit graves carries both cultural and economic implications for millions of Mexicans who use these days to reunite with the souls of deceased loved ones — or earn much of their year’s income.

“I won’t be able to speak directly to my mother who’s there in that grave,” says Norma Araceli Juárez Caudillo, whose mother died three years ago from a heart attack. “Those bones are my life because those bones were my mother. She carried me inside her womb and gave me life.” 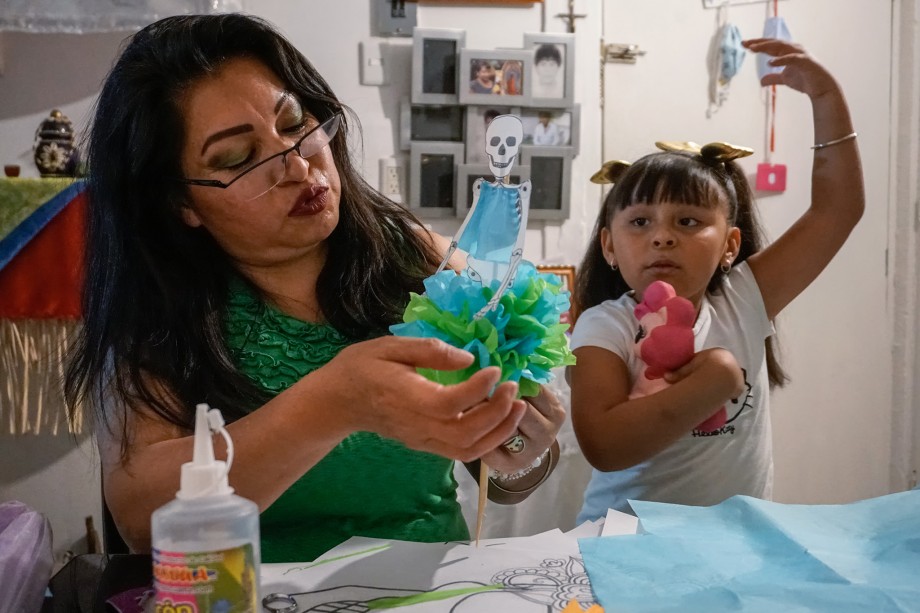 Norma Araceli Juárez Caudillo and Aitana Yemaya Ávila Ortíz, 5, prepare decorations that they would usually place on the tomb of Juárez Caudillo's mother during the Día de Muertos celebration.

Día de Muertos, recognized by the United Nations Educational, Scientific and Cultural Organization for its unique contribution to humanity, carries even more resonance this year.

More than 25,000 people have died in Mexico City and the state of Mexico from COVID-19. Mexico’s death toll has surpassed 90,000, behind only the United States, Brazil and India.

“Many went directly from the hospital to the crematorium, or they left in a sealed coffin that couldn’t be opened,” Juárez Caudillo says. Families “don’t know if they died peacefully or fretfully.”

More than 1.5 million people in Mexico’s capital, Mexico City, visit cemeteries annually for the Día de Muertos celebration, according to government figures. Ancestral tradition dictates the dead visit the world of the living in early November to spend time with their loved ones and feast on the essence of their favorite foods.

Visiting the cemeteries is the most important part of this sacred ritual, says Jesús Ricardo Campos Hernández, coordinator of the National Anthropology and History School’s International Congress of the Supernatural, which brings together researchers to examine cultural phenomena that challenge the limits of reality. Not participating, even for one year, he says, intensifies the loss.

“This is their way of preserving [family members’] lives after death,” he says. “All rituals have steps, and one of the most important steps in the celebration of Día de Muertos is to go to the cemetery. There’s no way to replace it.” 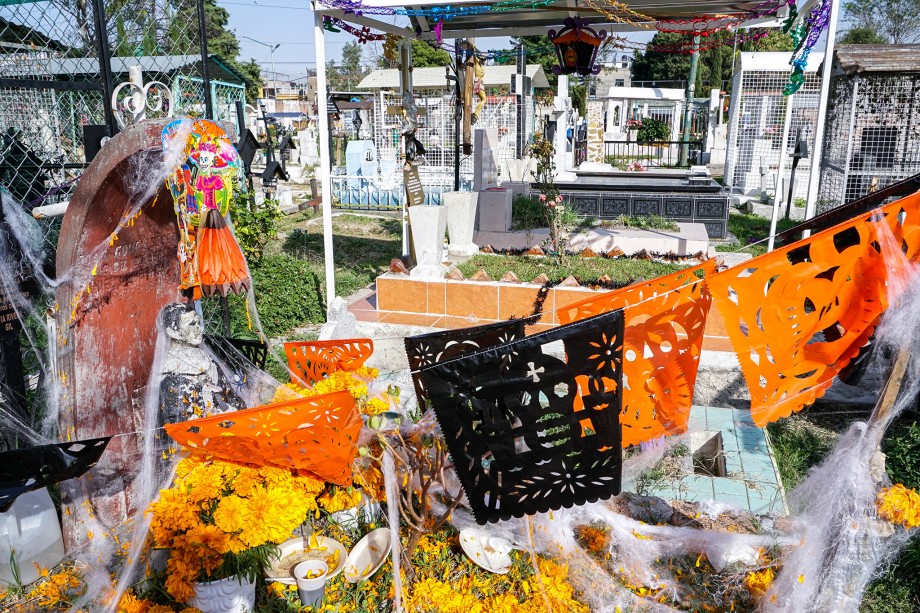 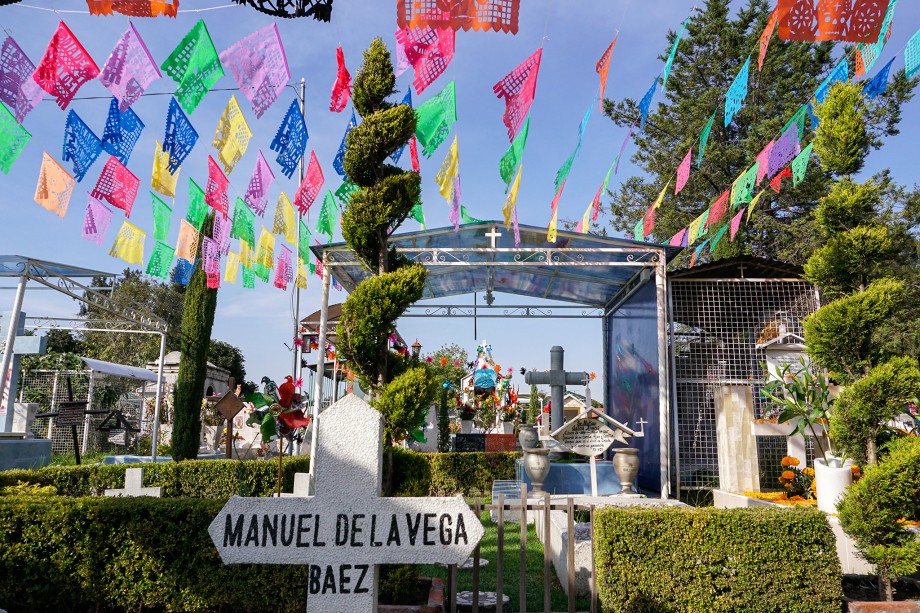 Friends and family of the deceased decorate San José Pantheon, a cemetery in Mexico City, ahead of the Día de Muertos celebration. The pandemic has had cultural and economic implications on the annual event.

Rituals around death are deeply embedded in Mexican society. Family and friends usually hold a 24-hour wake for the newly dead before accompanying the body to burial or cremation. They spend nine days afterward praying for the person’s soul. The grieving process culminates with an annual Día de Muertos visit to the cemetery.

“The entire idea of death has changed as a result of the pandemic,” Campos Hernández says. “The rituals for the dead have been disturbed.”

Karina Vega’s father died of respiratory failure in May, possibly linked to COVID-19. Friends and extended family couldn’t attend his wake. Now they can’t honor him during the annual celebration either.

“The wake would have been another way of saying goodbye to my dad,” says Vega, an event planner in Naucalpan de Juárez, northwest of Mexico City. “Since it was just us, that means he was not as accompanied as he would have liked.” 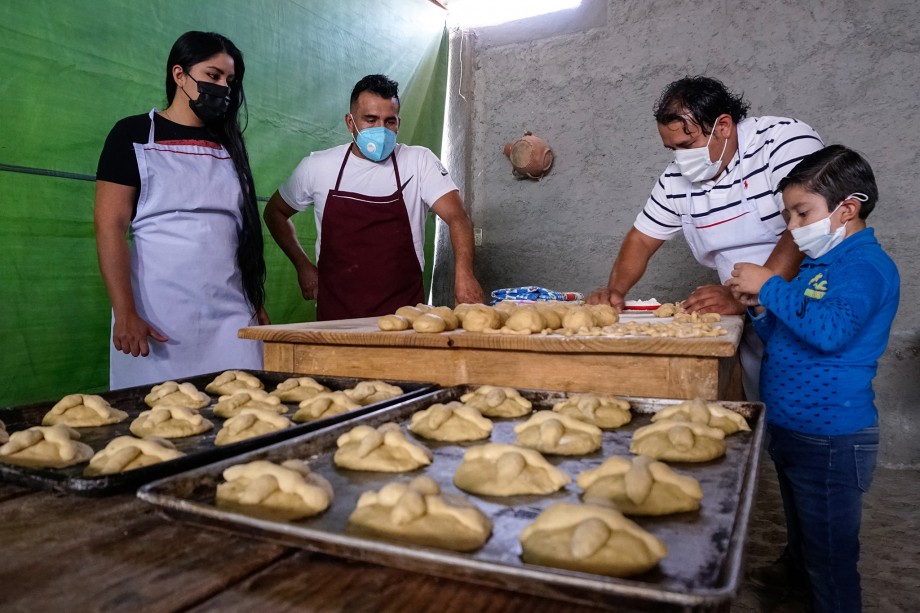 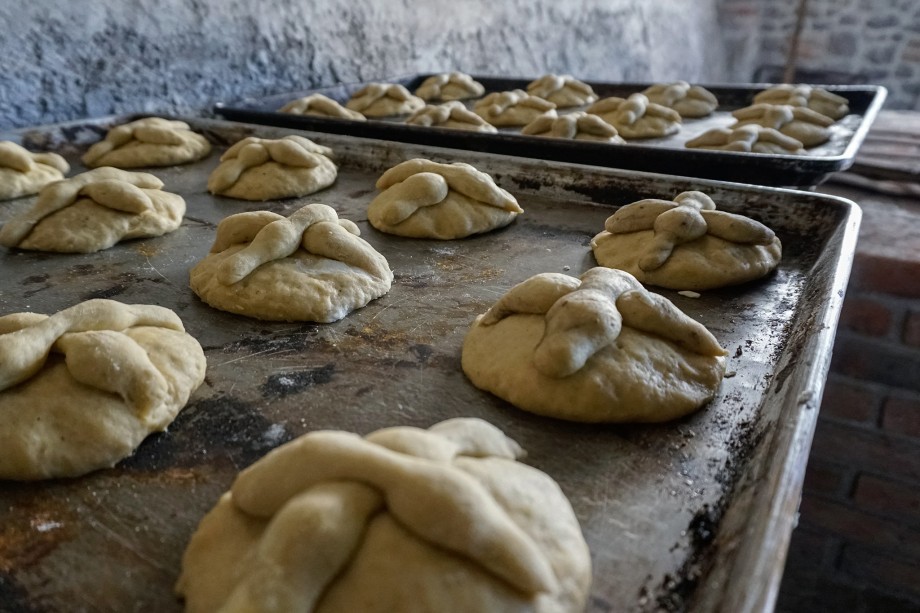 Edna Herrera, from left, José Hernández, Jaime Hernández and Sebastián Hernández, 7, prepare pan de muerto, a traditional bread for Día de Muertos, or Day of the Dead. The family, who lives in the state of Mexico, achieved record sales last year during the annual pan de muerto fair. Officials canceled the fair this year due to the pandemic.

An entire industry caters to this celebration and is now taking a financial hit.

Jaime Hernández, a baker in San Pablo Tecalco, a small town in the south-central state of Mexico, says he will lose 40% of his expected revenue this season.

Many know the historic town for its annual pan de muerto fair, and Hernández had planned to use earnings from this year’s sales to grow his business. He usually makes up to 300 kilograms (727 pounds) of pan de muerto to sell during Día de Muertos. This year, he expects to make less than half that amount. He’s put his expansion plans on hold.

Flower sellers also are suffering. The marigold, a plant native to Mexico, is one of the celebration’s most important symbols. Its vibrant color is thought to resemble the sun and lead the dead back home to their loved ones.

The state of Mexico is the largest producer of this flower and the only one with the capacity to export it, according to the local government. The production and sale of marigolds and other flowers generates more than 180,000 direct jobs, more than 1 million indirect ones, and 50,000 temporary jobs. 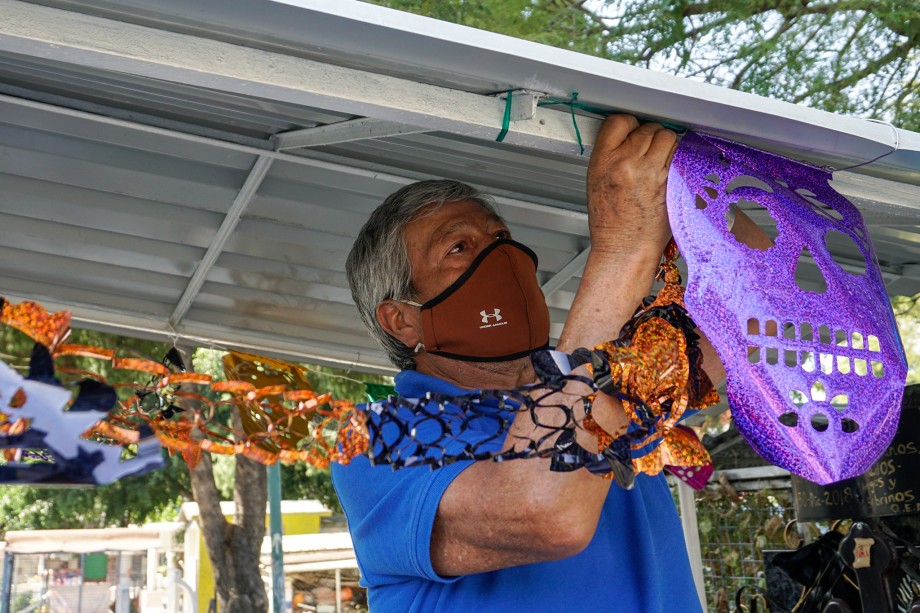 Rafael Uribe Pérez visits his family’s tomb in Mexico City every year to reunite with deceased loved ones.

Martín Franco, a marigold producer in the state’s floricultural corridor, says producers reduced their July planting this year to avoid the hit.

“Even so, it’s a difficult economic loss,” he says.

“We’re encouraging people to put offerings in their homes, not forgetting to put marigolds,” Franco says. “Even with the cemeteries closed, we can celebrate at home and support the producers.”

It won’t feel the same for people like Vega, who is struggling to say goodbye to her father.

Vega’s father and mother visited the cemetery every Día de Muertos to put flowers on graves of their loved ones, she recalls, and placed an offering in their home to welcome the dead.