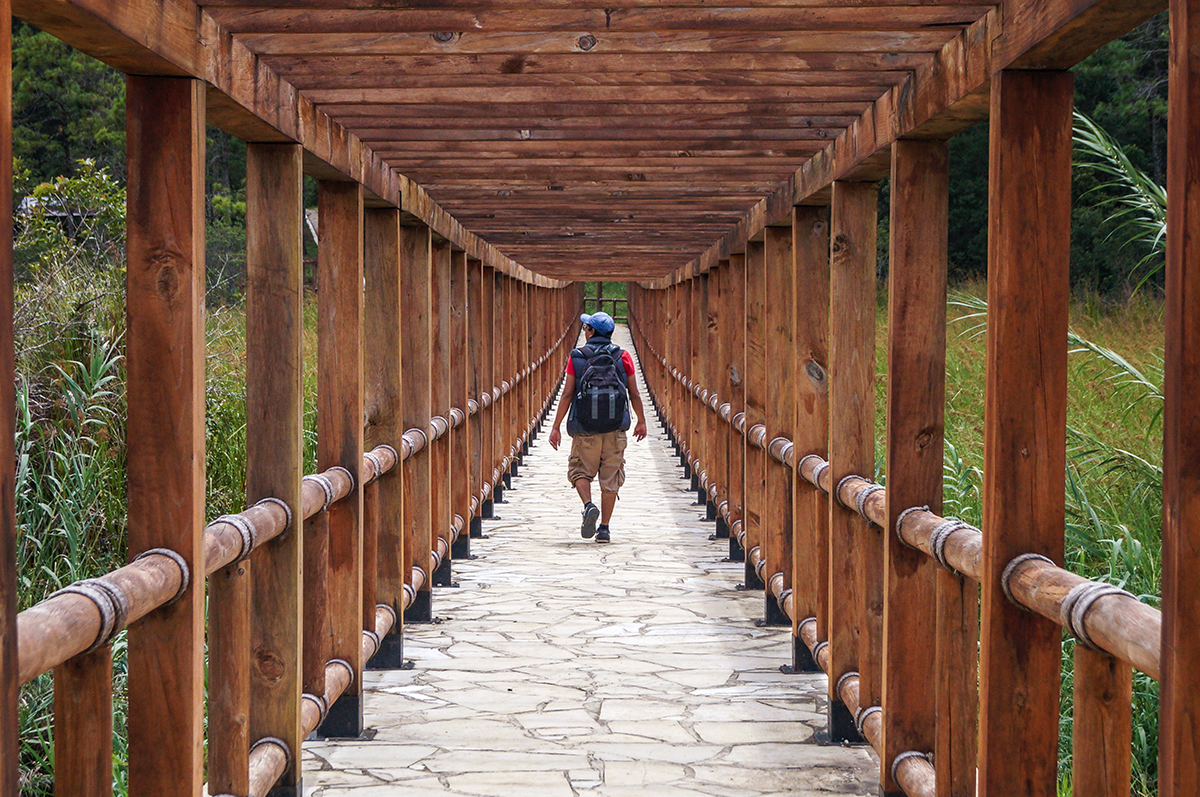 PARQUE NATURAL EJIDAL, MEXICO — A landscape of green and blue welcomes visitors to Lago Tziscao, a lake whose southern tip nearly reaches Mexico’s border with Guatemala. During the rainy season, the weather at the lake is a moody combination of sunshine and clouds. But the meeting of the trees, water and sky is a sight worth seeing all year round. 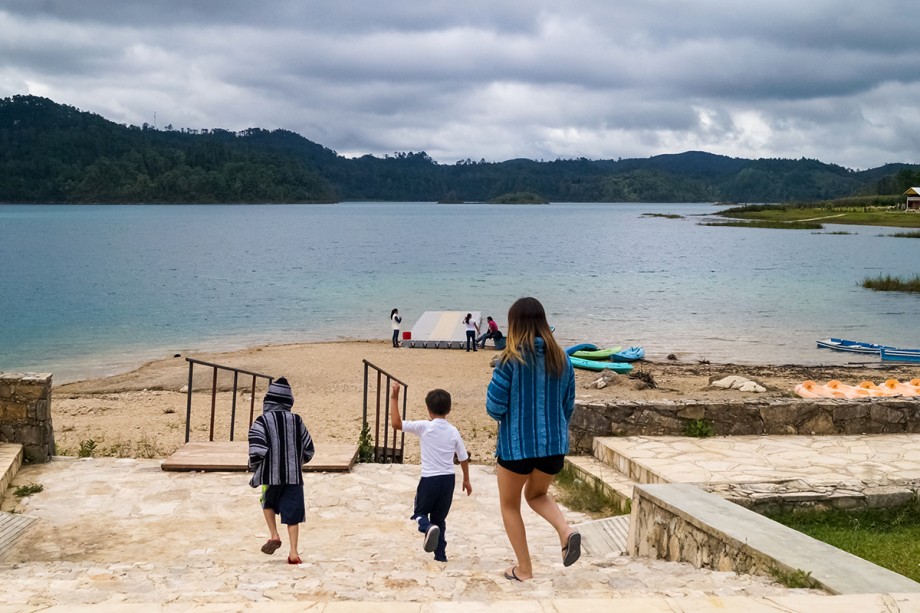 There are a number of lakes in Parque Natural Ejidal. Lago Yichen is one of the most popular lakes for swimming, kayaking and enjoying the view.

“It’s unique. We have security – you are free to walk, you breathe fresh air, you eat vegetables,” says Armando Hernández Mauricio, a member of the Consejo de Vigilancia de la Comunidad, the supervisory board for the Tziscao community. “I’m happy. We have the lake, flora and fauna too, trees. Being in the city, well, there’s none; they had it once but they don’t anymore.”

Hernández Mauricio says he views being a part of the Tziscao community as a privilege. A privilege that comes with an obligation to take care of the land and the water.

For visitors who wish to stay a night, there are a variety of accommodation options in the surrounding areas, including hotels, cabins and campsites. 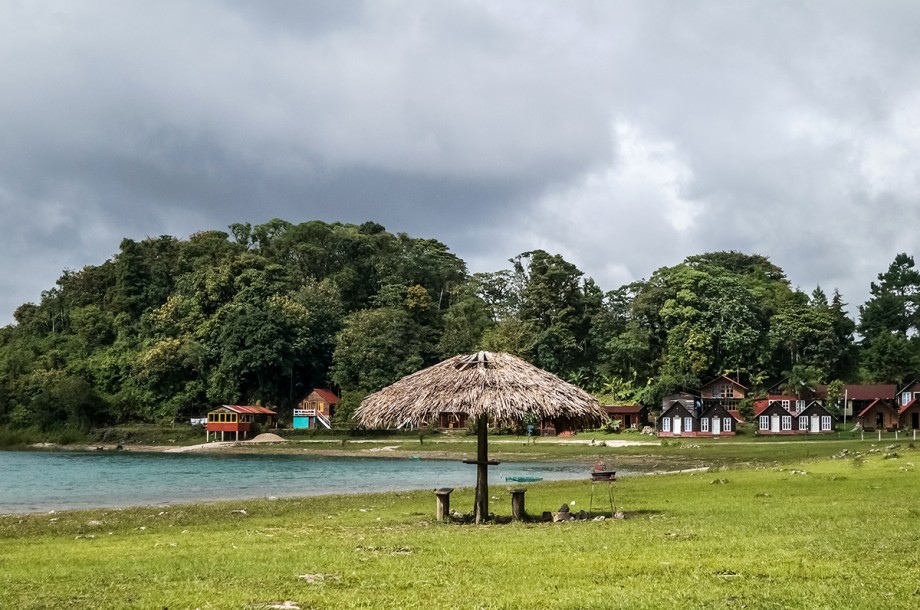 The Tziscao community manages the conservation of the largest lake in Parque Natural Ejidal, Lago Tziscao, as well as the park’s other lakes.

The Tziscao community, which works to promote the area as a tourist destination, offers the Villas Tziscao as one such place. It’s part of the community’s ecotourism center project. Every guest that pays the park entrance can dine onsite or take up lodging in a hotel, Hernández Mauricio explains. He sees this as visitors making a contribution to the center, to the community and to the conservation of the area.

Marisol Solís Cano is a community member. She is originally from Tziscao, where her father settled after leaving Guatemala.

“You can have coffee or breakfast overlooking the lake in front of us and all around, the mountains,” she says, adding that daily activities include boat rides, hiking, biking or camping around the area.

There’s also no shortage of good food to eat. Tziscao boasts a number of restaurants in addition to many fonditas, or small, family-run eateries. Some of the regional specialties include queso fundido (hot, melted cheese, typically served with chorizo sausage), mojarra frita (a type of fish served fried), asada (grilled meat), quesadilla (melted cheese between two tortillas) and chinculguaje. 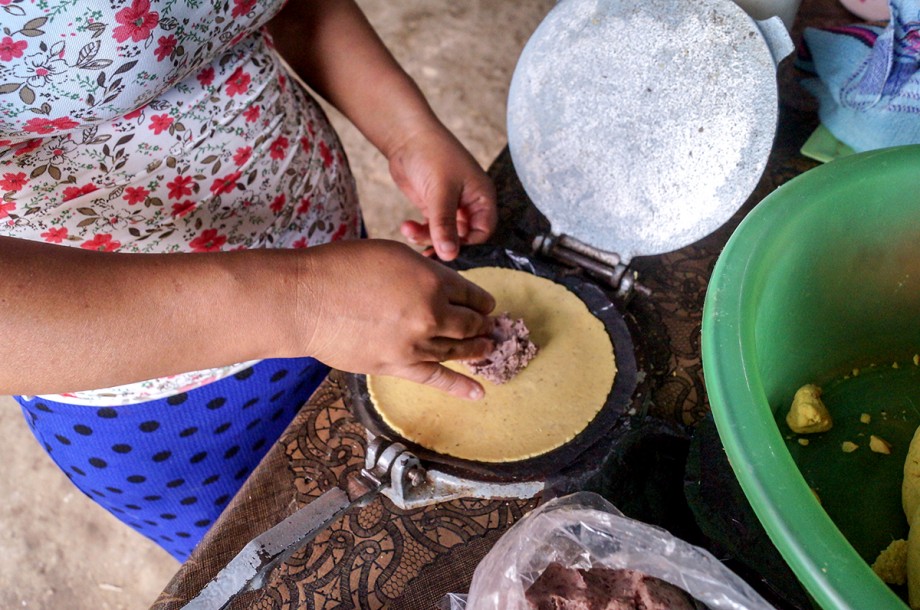 Cecilia Hernández Méndez demonstrates her process for making chinculguaje. She adds beans to the masa, after the masa has been flattened with a tortilla press.

The chinculguajes, in particular, are not to be missed. Cecilia Hernández Méndez first learned how to make the dish with her mother. She says the name of the dish is a word in the indigenous language of Chuj that means masa, or corn dough, with beans. It’s an appropriate name, as that’s exactly what chinculguajes are – a combination of masa and beans, pressed into the shape of a thick tortilla, and then lightly fried.

“I cook the corn. Once it’s cooked it is ground in the mill and the dough remains. It’s pure natural corn. You cook the beans a day earlier, then grind it and fry it so it keeps well for a day,” she explains.

Saúl Giovani García Escalante, who is from San Gregorio Chamic, has visited Tziscao on four occasions. This time, he came with friends because he wanted them to see the area for themselves. 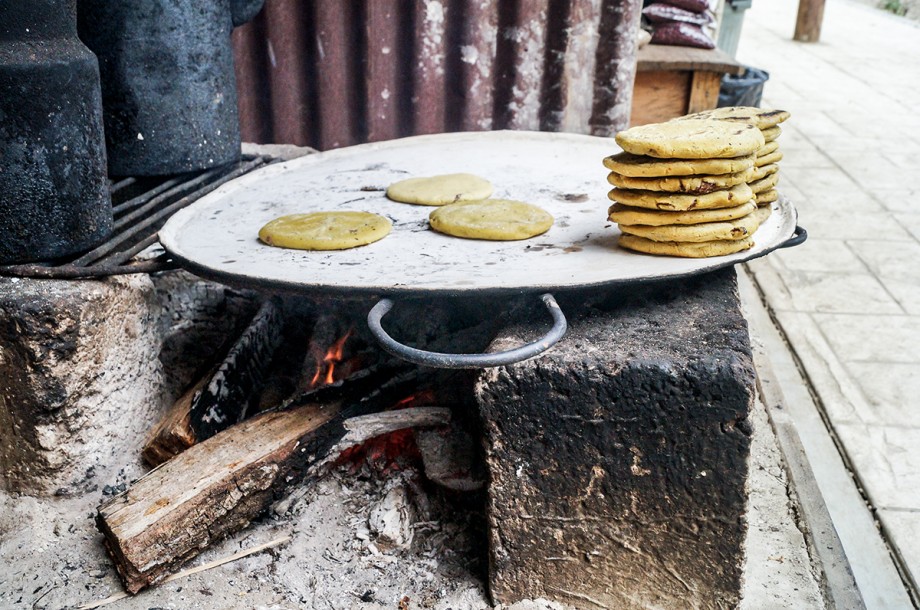 The final step before the chinculguajes are sold to Cecilia Hernández Méndez’s customers is heating up the fried chinculguajes on a griddle.

It’s a great place to free yourself from your problems – and your cell phone, he says.

“My favorite place is the international lake because you see two countries together on the same lake,” García Escalante says, referencing Lago Yichen, otherwise known as Lake International.

Another project in the community is the Ensamble Comunitario de Percusión Binacional Maya-Chuj. The ensemble is an initiative of the Sistema Nacional de Fomento Musical, created in 2015, to encourage the growth and wellbeing of children through music. The children hail from the region around the lake – some from the Guatemala side of the border, and some from Mexico.

Esquivel Gutiérrez says that being in nature, where the children have access to activities such as cycling, swimming and football, makes it easier for them to focus. The ensemble provides a chance for the children to revive the traditional songs of their grandparents’ time. Esquivel Gutiérrez says that he sees a lot of music has skipped a generation. 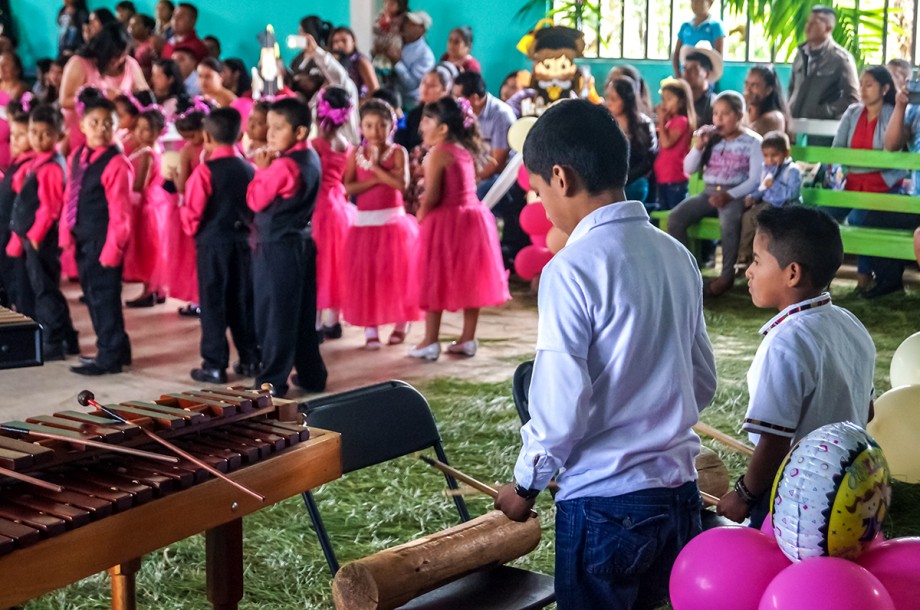 Children who are part of the Ensamble Comunitario de Percusión Binacional Maya-Chuj hold a musical performance in Parque Natural Ejidal.

It also has an impact on local tourism, as people travel to the park to hear concerts.

“The binational orchestra that we have in Tziscao gives us an opportunity to rescue the culture. They are sounds of our culture,” says Hernández Mauricio, a supervisory board member.

“Tziscao is a very friendly place. We know how to welcome people with affection – what is deserved – because that’s what our grandparents, our ancestors, the founders, our families have taught us,” he says.