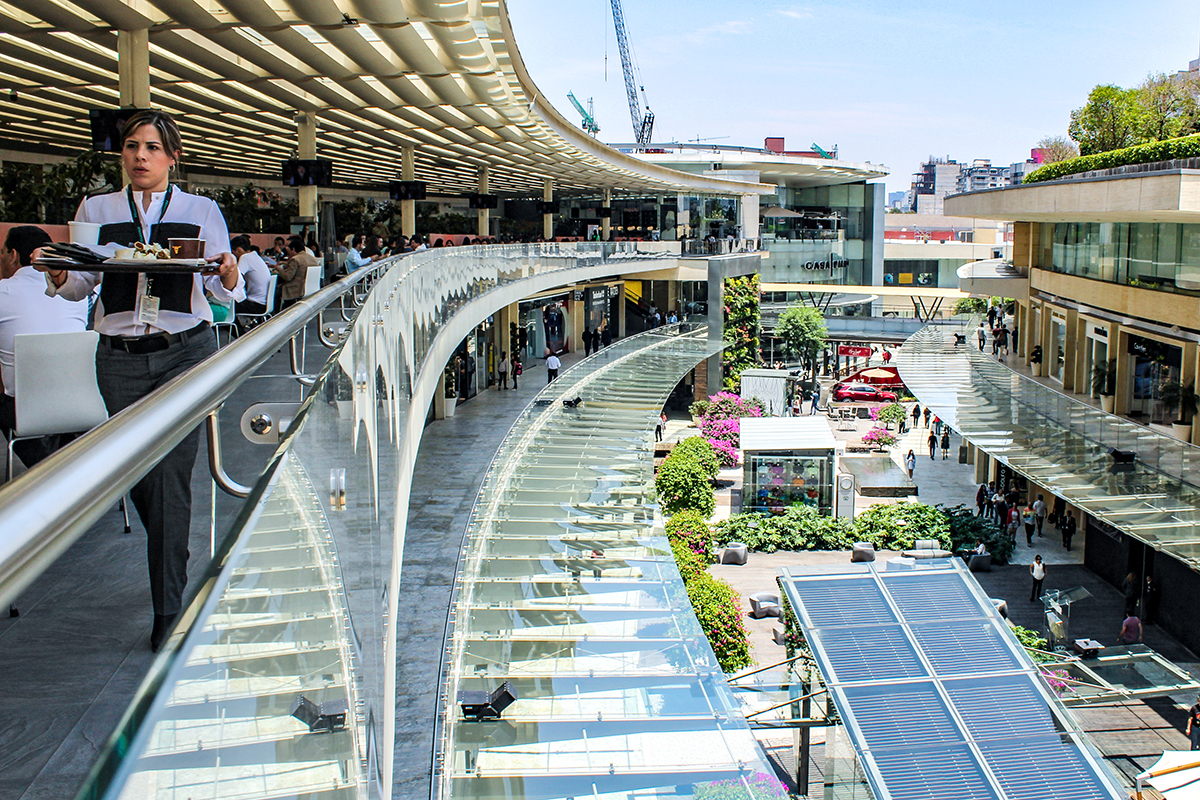 MEXICO CITY, MEXICO — Verónica Oropeza, 39, rests on a bench with two of her three children after eating at a restaurant inside the Patio Universidad, a glass-walled mall in the southern part of Mexico City. Just across the street is another mall, Plaza Universidad.

“I go to both,” Oropeza says, referring to the two shopping centers. “In fact, sometimes I go from here to the other one. They don’t have the same things.”

Plaza Universidad has more stores, but Patio Universidad is prettier, Oropeza says. She’ll spend between 500 and 1,000 Mexican pesos (between $28.00 and $56.00) each time she visits, seeing movies, eating at restaurants and, of course, shopping. And if neither fits the bill, there are four other malls nearby.

Oropeza’s habit is fed by a surge in construction of shopping malls throughout Mexico – especially in Mexico City and its environs, which are home to about 21 million people.

INSIDE THE STORY: GPJ reporter Mayela Sánchez thought that getting photos inside a shopping mall for a story she was covering would be simple. But when the mall’s managers didn’t grant access right away, she was prompted to reconsider the impact her journalism has on those she covers. Read the blog.

The malls are seen not just as places to buy things but also as places for modern entertainment and relaxation that appeals to the country’s middle class.

The number of malls in Mexico is expected to increase by 17 percent by 2020, from 728 malls to 854, according to data from MAC Arquitectos Consultores, an architecture and real estate agency that monitors and analyzes the development of the country’s mall sector. MAC is a member of the International Council of Shopping Centers.

Mexico City is home to 89 of those 728 malls, according to the agency. An additional 113 malls are scattered throughout the 21 municipalities adjacent to the city, making the metropolitan area home to a third of the country’s shopping malls.

The city’s gross domestic product is two times the national average, according to 2015 statistics from the Secretaría de Desarrollo Económico, the local economic development ministry.

“Mexico City is the girl that everyone wants to go out with,” says Gonzalo Montaño Estrada, development director for MAC Arquitectos Consultores.

Mexico’s shopping mall boom was sparked in the 1990s with the North American Free Trade Agreement, which liberalized commercial relations between Mexico, the U.S. and Canada. Malls were already in place at that time, but foreign currency allowed for financing real estate projects, including more shopping centers, says Juan Ignacio Rodríguez Barrera, the planning director for MAC Arquitectos Consultores.

So much capital is available, he says, that developers don’t need to wait to sell one shopping center before they build another one.

“The developer’s business becomes to build one after another, after another,” Rodríguez Barrera says.Despite ups and downs, foreign investment has almost doubled in recent years, from $13.9 billion in 1999 to $28.9 billion last year, according to data from the federal Ministry of Economy.

“Alongside urban growth, these types of services come about so that people don’t have to travel increasingly farther in the city to do their daily activities, particularly for purchases,” he says.

The increase in the number of malls is on track with increased spending power among middle-income Mexicans. Income isn’t on the rise – the country’s average annual wage increase between 2000 and 2015 was negligible – but consumer credit is. 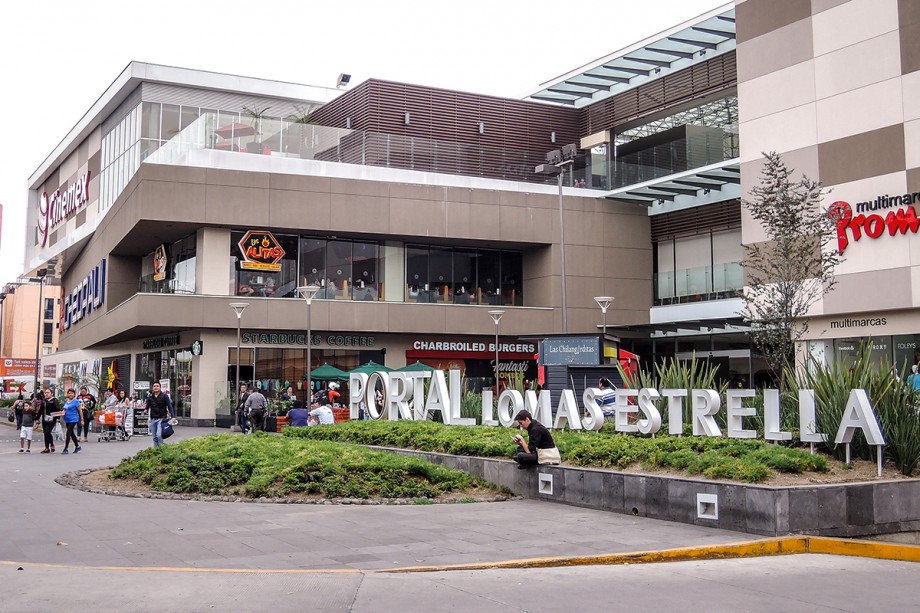 The Portal Lomas Estrella shopping center, built in 2016 in Mexico City, is just one of dozens of new malls that have been built in the capital in recent years.

Most significantly, many of the stores at those malls offer credit.

Mexicans held a total of 17.3 million credit cards as of June 2016 – up from 11.8 million in June 2010 – according to data from Banco de México, the country’s monetary authority.

But for many Mexicans, malls don’t necessarily represent increased foreign or personal credit. Instead, the malls are, for some, symbols of relaxation and entertainment, especially in previously underdeveloped areas.

“Even just this area is full of many places that used to be abandoned and now are malls,” says Yazmín Vázquez, who enjoys ice cream on the terrace of the Portal Lomas Estrella mall in eastern Mexico City.

Mexico City was once a place of public spaces – parks, fountains, gardens. Those still exist, but, for some people, they can’t match the perception of safety and convenience that a mall offers.

Hidalgo, 29, says she visited parks when she was a child, but she feels that malls are safer and more comfortable. It’s everything in one place, Hidalgo says.

“You look for comfort, convenient location, where there aren’t too many people, where they have more things,” she says.