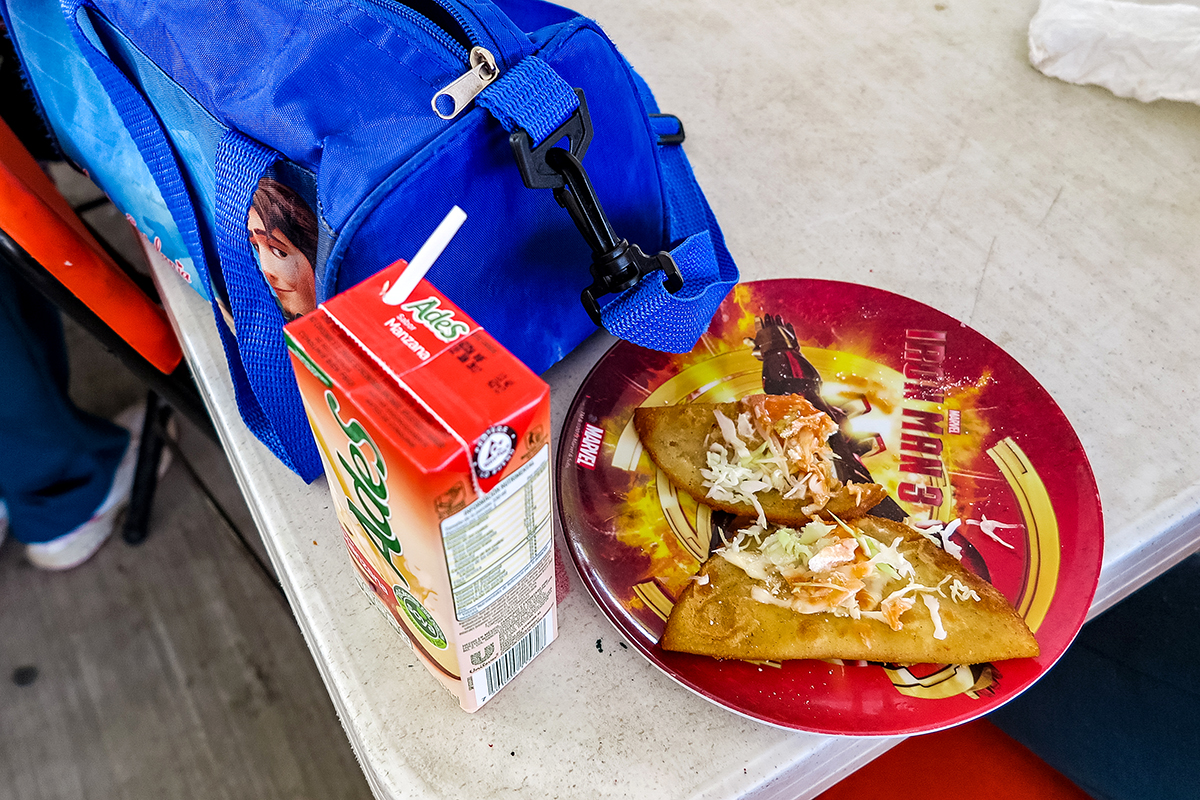 SAN CRISTÓBAL DE LAS CASAS, MEXICO — In many schools in this hilly Mexican town, children go without an essential item: water from a clean, safe source. Their options are to drink water from school taps or to drink cheap, sugary beverages. But school taps pose a great risk, because they draw from the town’s untreated water supply.

“The water is bad in San Cristóbal. If it reaches the girls and boys, the probability of infection is high,” says Saúl Kenji Pío Robles Ramírez, participation coordinator at the Programa Agua Segura en Escuelas, a water safety program run by the nonprofit Fundación Cántaro Azul.

So children here turn to low-cost sodas and juices, which are available for sale at school. 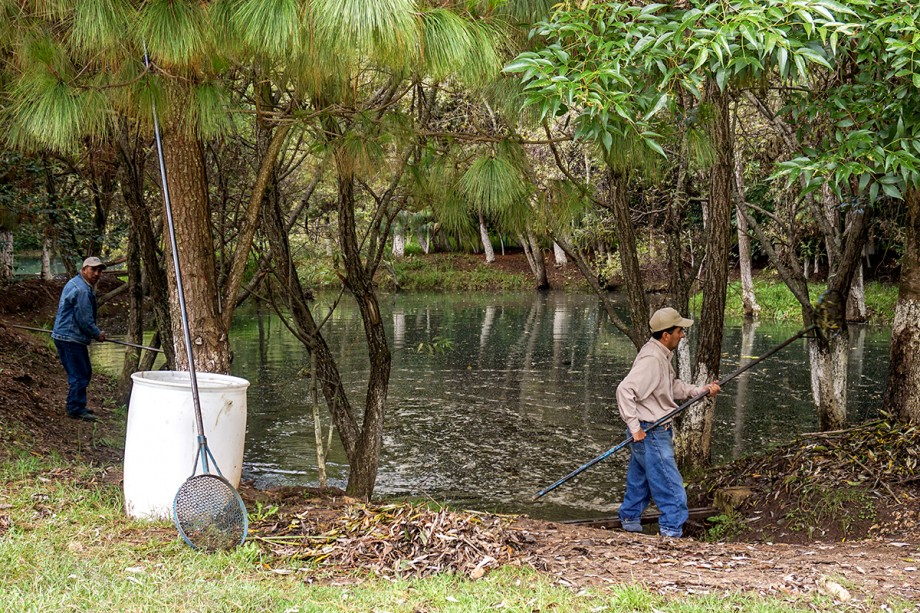 People have reason to be wary of the drinking water: According to a recent study, every water distribution point in San Cristóbal de las Casas was found to have fecal contamination. There are no water treatment plants; the rivers receive all wastewater.

“We dispose of our feces into the rivers, the rivers get contaminated, they reach the houses – they are the same waters that irrigate the gardens,” says Ane Galdos Balzategui, a water-quality researcher and one of the authors of the microbial-risk study.

The health training center Centro de Capacitación en Ecología y Salud para Campesinos (CCESC), founded by Arana Cedeño, is studying children’s consumption of sugary drinks. The study has focused on 544 students at four schools and found that some are consuming up to 170 sugary products a week, Arana Cedeño says.

Arana Cedeño says that Coca-Cola and juice are the most-consumed sugary drinks. Coca-Cola is sold right outside of schools.

Consumption of so many sugary drinks comes at a cost. 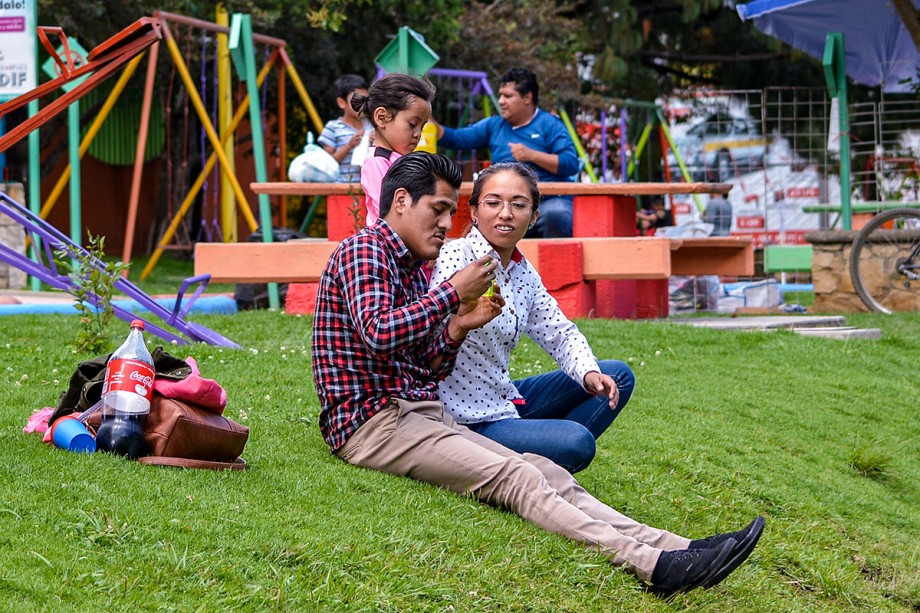 Families spend time with their children at a park in San Cristóbal de las Casas, Mexico. When people bring food or drinks to a picnic, sugary drinks like Coca-Cola are often part of the meal.

According to the Centro de Investigación en Nutrición y Salud of the Instituto Nacional de Salud Pública, a national health resource center, “children with habitual consumption of sugary drinks between meals were 2.4 times more likely to be overweight in comparison to non-consuming children. High consumption of sugary drinks among children and adolescents predicts weight gain in adulthood.”

He says he knows water is better than sugary drinks, and he knows such drinks can cause diabetes, obesity and sickness.

“That’s why it’s better to drink pure water that takes away your thirst, instead of sugary things that stop your thirst at first and later make you thirstier,” Córdoba says. 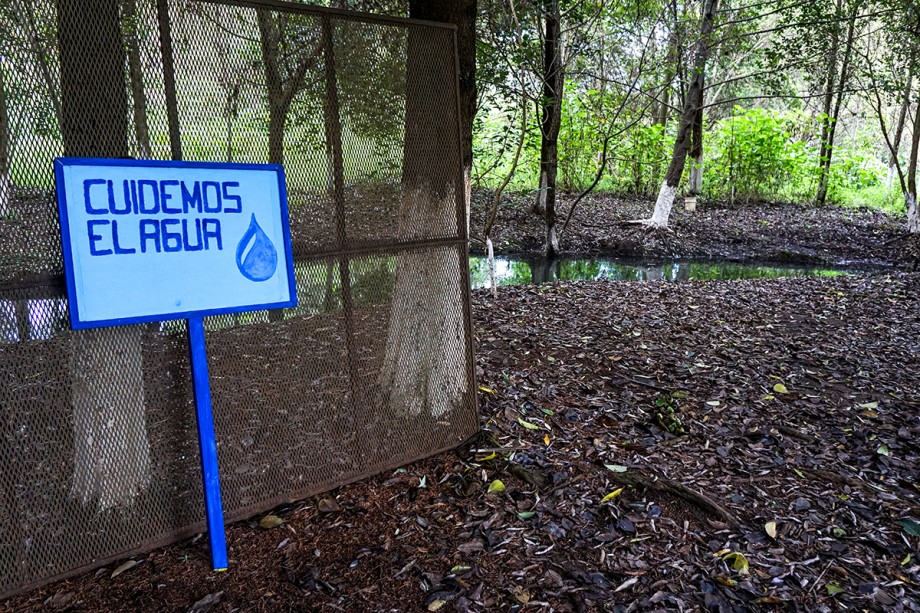 But he and his family do not always choose water, he says.

“Sometimes we drink sugary beverages. When we spend time together, we drink soda,” Córdoba says.

Robles Ramírez says that hydrated children learn more and are less absent from school. But without clean, safe drinking water at school, kids don’t have much choice.

“If you ask [boys and girls] what is better to drink, water or soda, they will tell you water, but there is not a clear relationship with doing it,” he says.