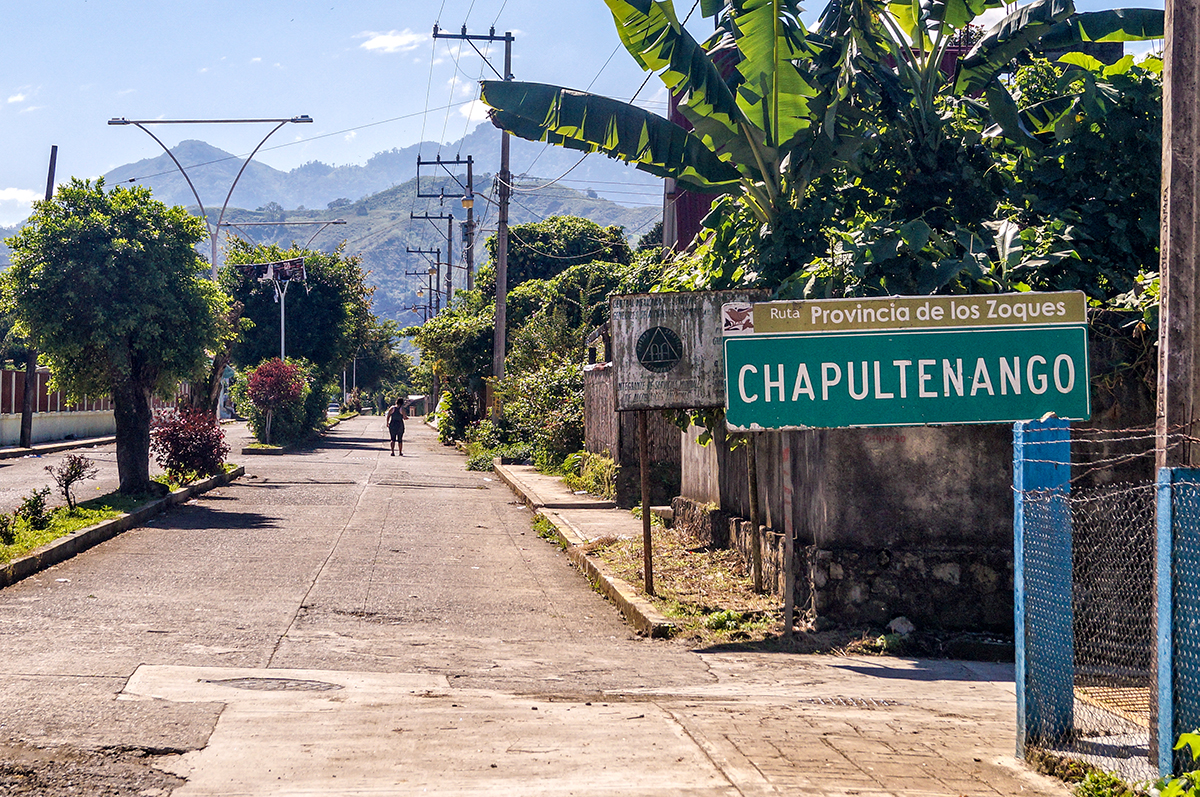 CHIAPAS, MEXICO — A hydrocarbon project, approved by the Mexican government’s energy agency, Secretaría de Energía, in 2014, could cause many members of the Zoque indigenous group to lose their homes, a growing group of activists says.

While advocates say the four-year project will boost the state’s economy and could bring Mexico $2.7 billion in investments, those living in areas earmarked for exploration say they are at risk. Local indigenous movements are resisting the use of the land for hydrocarbon exploration, and they are raising awareness through arts, seminars and protests.

And the chorus of artists and activists is growing.

“It made us stronger when we started to understand the importance of our participation,” says Elizabeth Hernández Pereira, a member of Movimiento de Pueblos Originarios en Resistencia, a local activist organization. 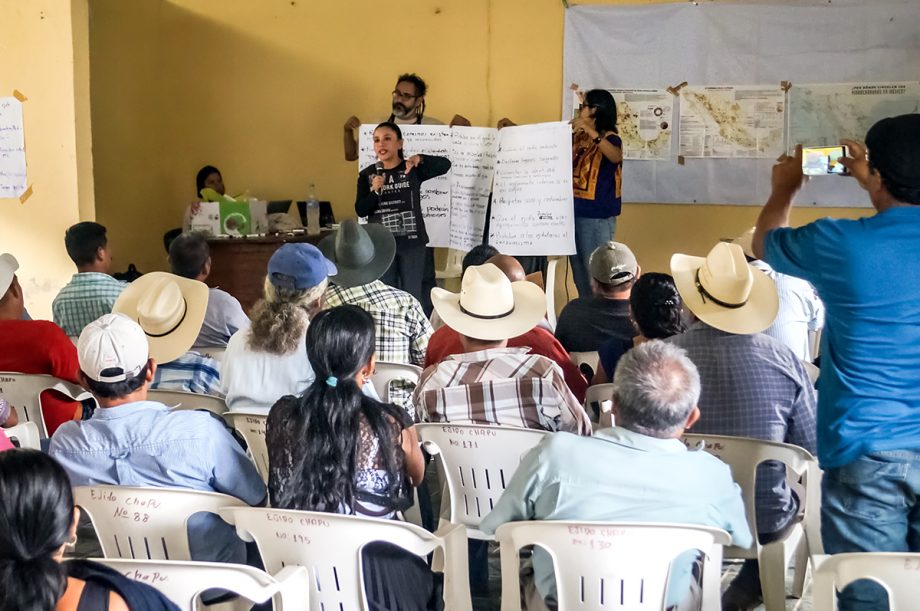 Workshops to educate the community about the risks of hydrocarbon exploration in Chapultenango have become increasingly common as the activist community here grows.

Since June, Hernández Pereira, who lives in Tuxtla Gutiérrez, the capital of Mexico’s southeastern Chiapas state, says she has been part of several local efforts, including protests against hydrocarbon exploration in her community.

For years, Mexico’s energy sector has been dependent on fossil fuels, primarily oil, to meet the country’s increasing energy demand. According to a 2016 report from the International Energy Agency, oil constitutes 51 percent of national energy demand.

Chiapas, one of Mexico’s 31 states, is home to some of the country’s oil reserves. In June of last year, the government launched a second round of biddings, allowing Petróleos Mexicanos, a state-owned petroleum company commonly known as PEMEX, and private companies to explore and extract hydrocarbons across an estimated 208,804 acres of land in the state, according to the Mexican government’s legislative information platform. The first round of biddings began in December 2014.

Chiapas has the country’s highest percentage of indigenous people after the state of Oaxaca. Among the areas the government has identified for exploration are Francisco León, Tecpatán and Ostuacán, municipalities largely populated by the indigenous Zoque group.

Zoque residents claim that the government has not consulted them about the project and the impact it can have on their land and lives. Consistent exposure to hydrocarbons, especially those derived from petroleum distillates, can be harmful, resulting in central nervous system and cardiovascular complications, for example.

Government officials did not respond to Global Press Journal’s multiple requests for interviews but unofficial estimates indicate that up to 22,000 in Tecpatán could lose their homes.

Amid uncertainty, members of the indigenous Zoque group are forming local movements.

Traditionally, the indigenous Zoque group has been marginalized, says Saúl Kak, producer of “La Selva Negra,” a 2016 documentary about Zoque culture, globalization and capitalism. In the 1970s, large hydroelectric dams like the Chicoasén Dam were built in areas where Zoque people lived, he says, forcing some off their land.

“When we were making the movie, we never imagined everything that was going to happen,” he says of the documentary, which he began producing in 2011. “Now that we are in this situation, with the threat that they are going to open the oil wells, the movie is taking on an important role.” Kak says his documentary is shown at local gatherings, to protest the hydrocarbon project.

Mikeas Sánchez Gómez is an award-winning poet who lives in the Chapultenango municipality, where some areas have been identified for hydrocarbon exploration. She says her work has been key in educating members of her community about the risks of the project. She says her poems explain what hydrocarbons are and how they can contaminate rivers and soils.

“You tell them the truth, what is going to happen, then they can understand. That’s why they live on this land and they don’t want to leave,” she says of the impact of her work in the community. Her poems are read at gatherings including seminars and protests.