Violence linked to local land disputes in Chiapas, Mexico’s southernmost state, continues to drive coffee farmers and their families out of their homes and fields and into temporary camps. Faced with ongoing attacks, community representatives asked for military and police protection.

People in the Aldama municipality in Chiapas, Mexico’s southernmost state, asked police and military officials in January to set up checkpoints in their area to protect them from attacks that have persisted for over a year.

LOS ALTOS DE CHIAPAS, MEXICO — This part of southern Mexico is known for its coffee, but many of the coffee farmers who live here have abandoned their fields.

It was early evening on Jan. 16 when Apolonia Santiz López, 50, stepped onto her patio to shuck corn and bullets began whizzing by, one striking her face. Santiz López lived, but the bullet remained lodged in her face for weeks. Now, farmers are afraid to walk outside, let alone tend to their coffee fields. Like so many other families who live in the area that is under attack, they’ve abandoned their crops.

This type of violence is on the rise in this part of Chiapas, where armed groups are hounding entire villages of people who say they’re just trying to tend to their fields and raise their families.

The attacks have gone on for years. Analysts blame them on veiled government efforts to quell the long-simmering Zapatista movement that was born in these hills. (The governing body of this autonomous area controlled by the Zapatistas is located just five miles away.) That might be part of the reason, but local people talk more about land conflicts. The attacks that began in February 2018 in the town of Aldama linked back to an estimated 60 hectares of disputed land along a riverbed. This fertile land has been disputed since an agrarian reform in the 1970s, which remains unresolved despite various mediation efforts.

The ongoing barrage of bullets lasts from dawn until late at night, local people say. The attackers shoot long-range firearms from trenches in the Sac Lum and Santa Martha areas in the Chenalhó municipality, into the Aldama municipality. Houses and schools in Aldama have been abandoned and destroyed. Huge numbers of people from the Aldama area have sought safety in temporary camps. As of late January, about a year after this set of attacks began, there were more than 2,000 displaced people living in camps, according to the Centro de Derechos Humanos Fray Bartolomé de Las Casas, a Chiapas-based human rights center that has closely tracked the violence.

In January, after a request from representatives from the Aldama community, military and police forces moved into the area to conduct patrols and establish checkpoints, says Captain Hilario Martínez Méndez, of Mexico’s army.

These photos were taken in the Aldama area, including in places where violence occurred, at now-established checkpoints and in camps where displaced people now live. 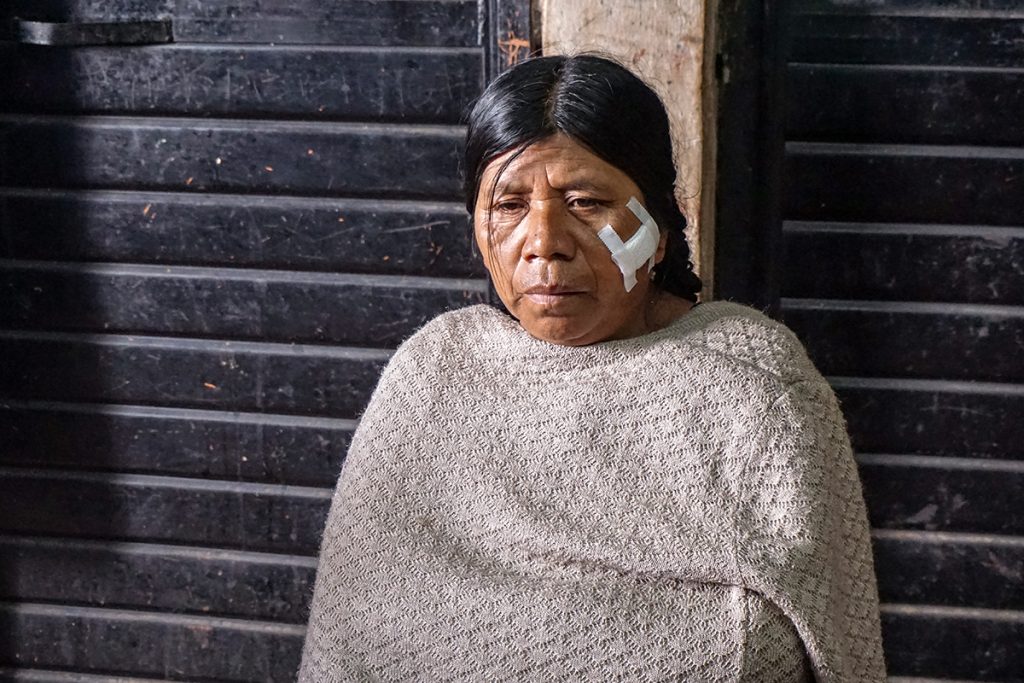 Apolonia Santiz López, 50, was struck by a bullet in January when she went to her patio area to shuck corn. 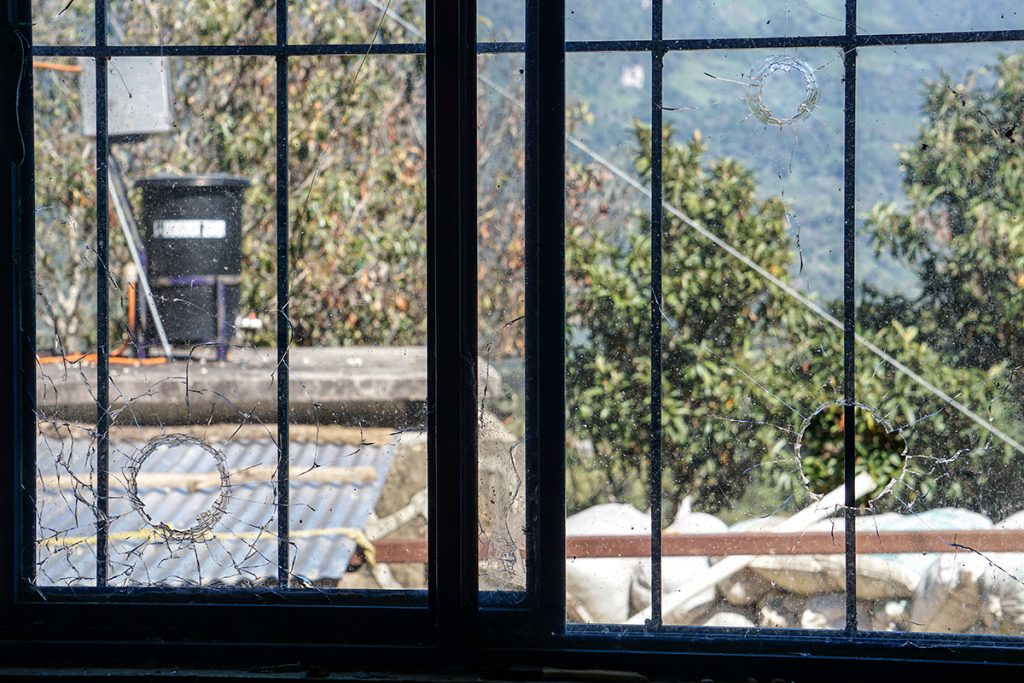 Windows in a house in the town ofKoko ‘in the Aldama municipality are shattered after an attack by people who live across the valley. Local people say the attacks are rooted in a land dispute. 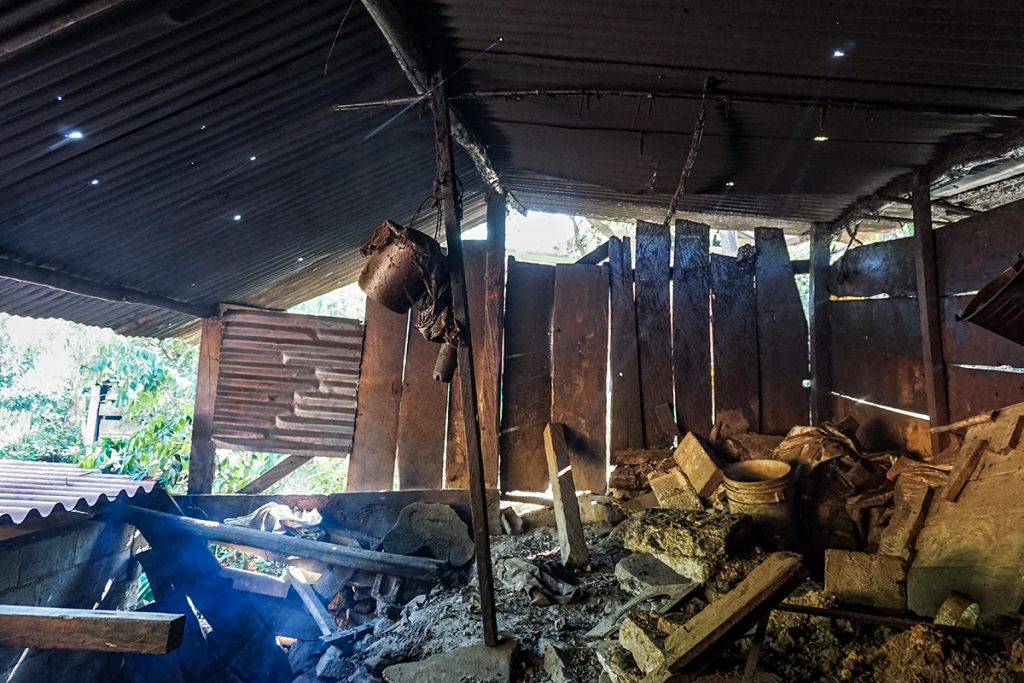 A home in the town of Koko ‘ shows the scars of a recent attack. The family who lives here dug out a trench, partially visible in the lower left corner, so that they can rest without being visible to armed attackers who use long-range weapons to fire at them from across the valley.

María Magdalena Santiz Pérez (50) has 12 children, between 4 and 38 years old. She and her family live in Koko ‘, Aldama. They are the only ones who have stayed here, since they have nowhere else to go. 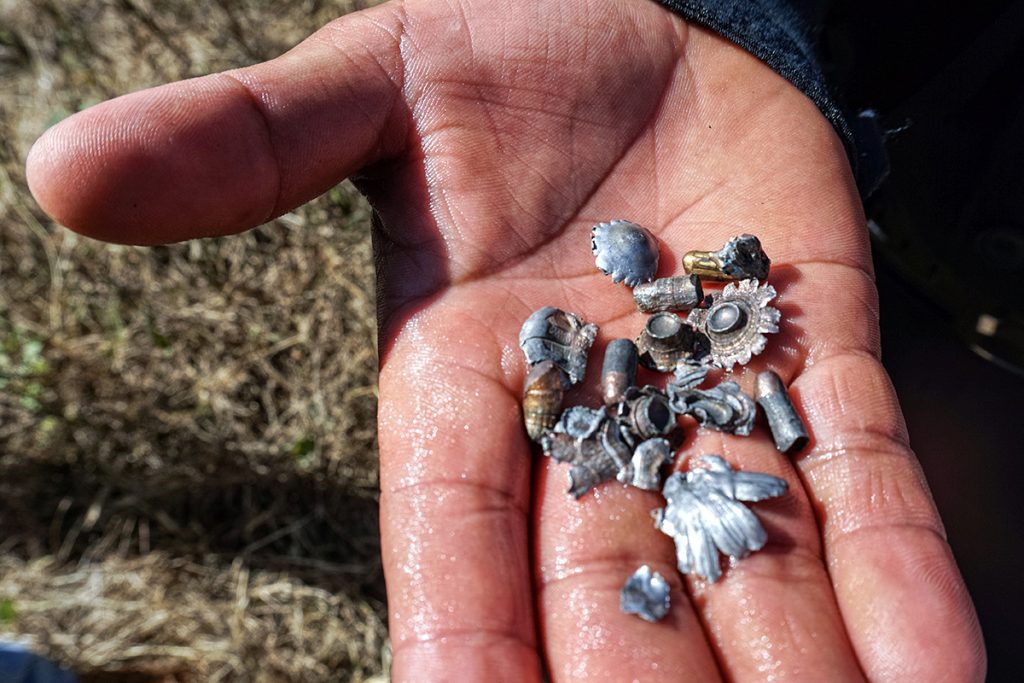 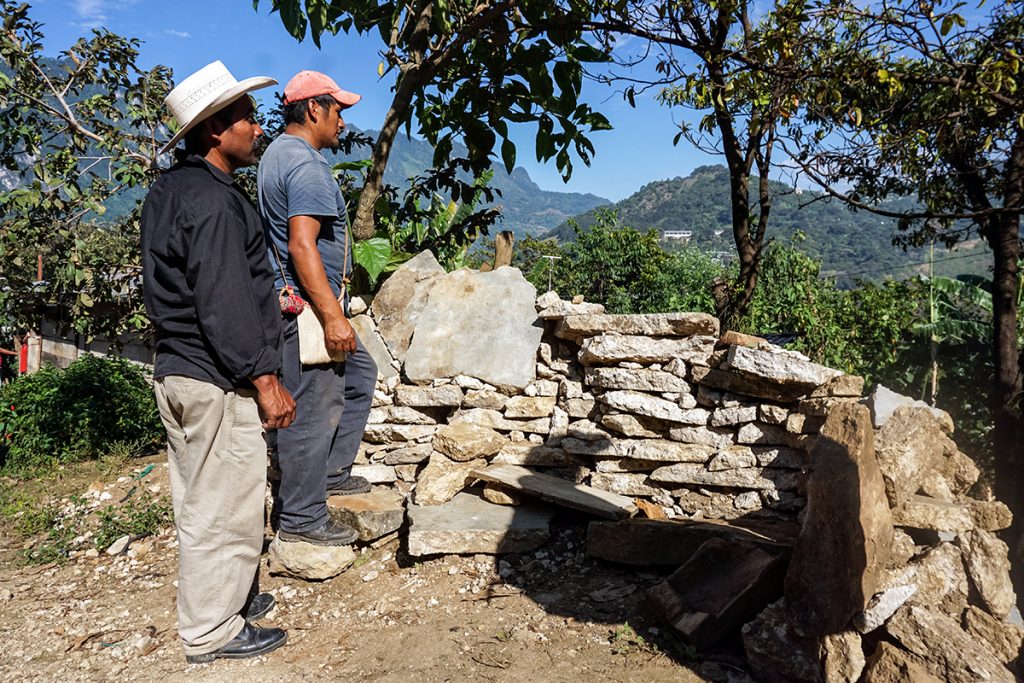 Spent bullets were found throughout the town of Koko ‘ after a January attack. People who live in Koko ‘ have built barricades to protect themselves from attacks. 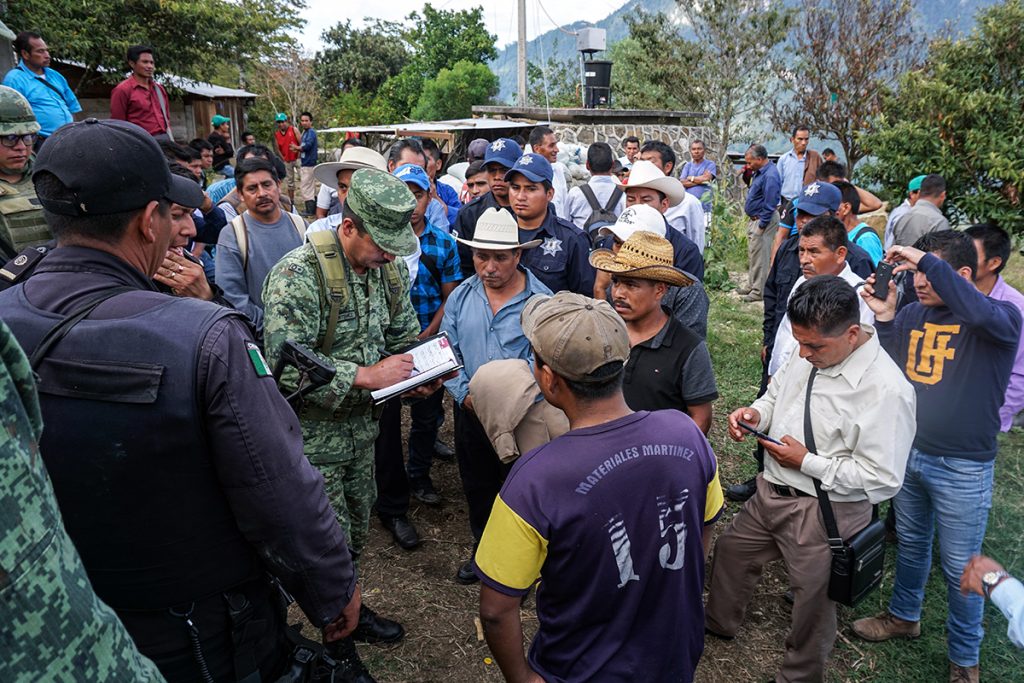 Police and military personnel came to Koko ‘ and established checkpoints and safety strategies after townspeople asked for their protection. 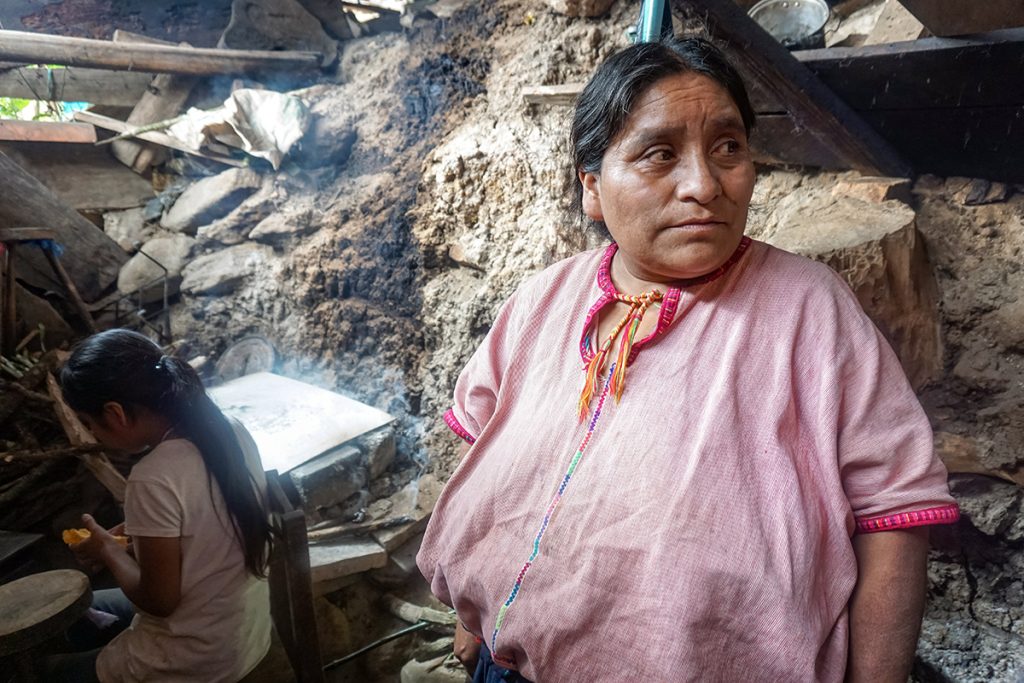 María Magdalena, shown here in her destroyed home, says she and her family stayed in their town because they had nowhere else to go. They spend much of their time in a space they dug out beneath their floor to hide from attackers who use long-range weapons. Her daughter, Catarina, is pictured behind her, making tortillas. 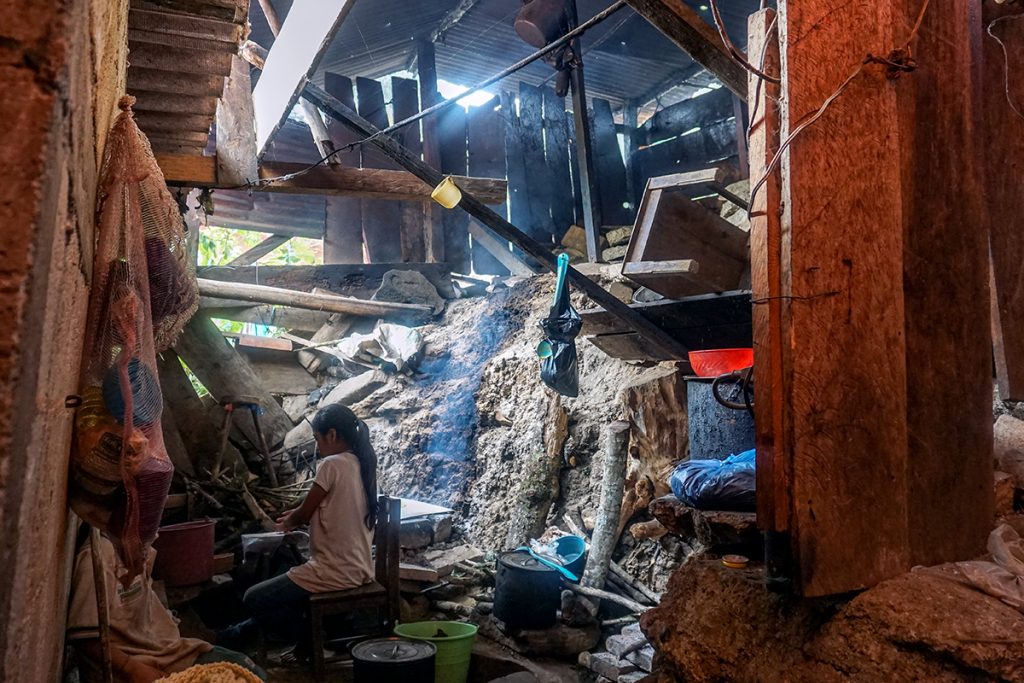 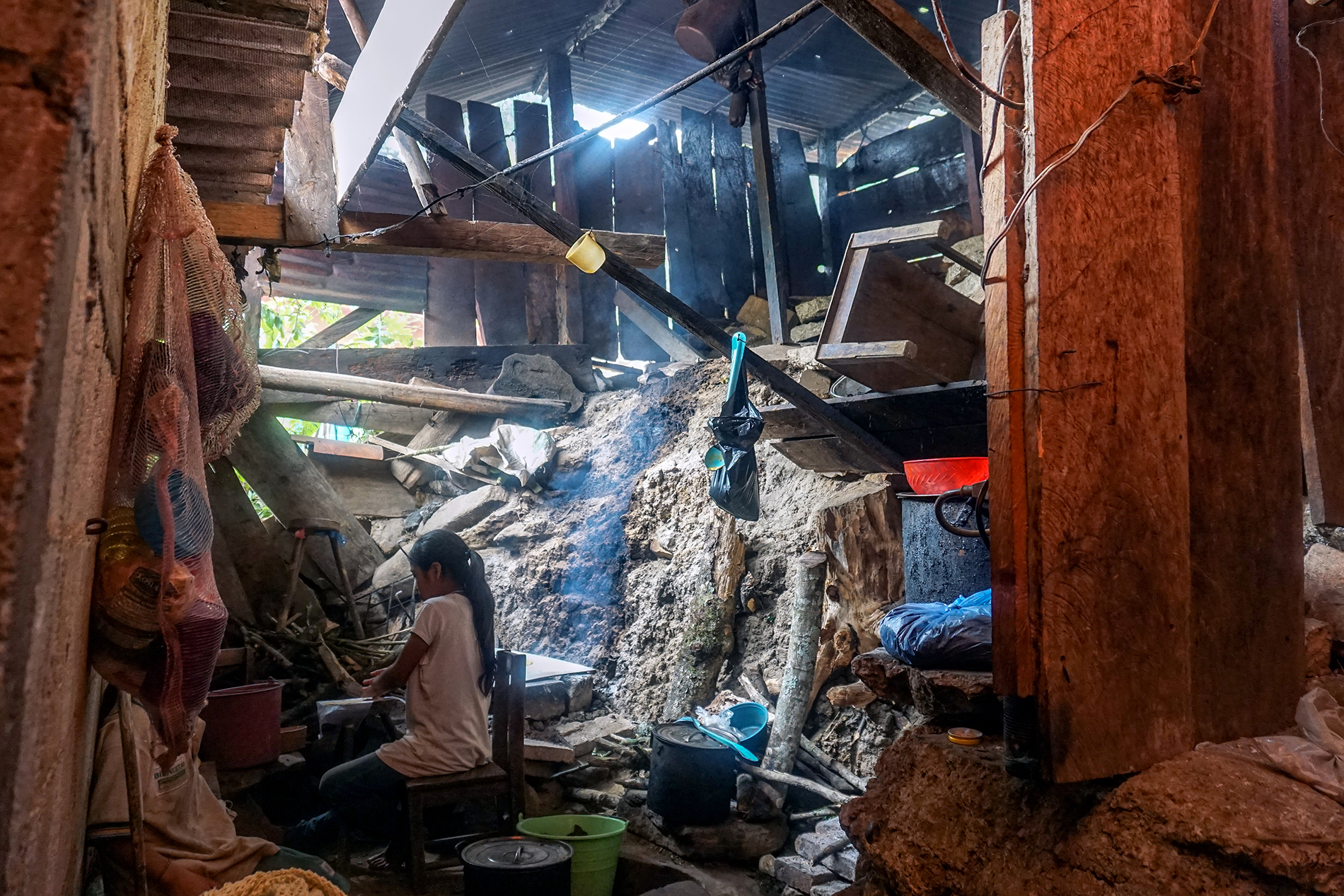 Catarina Santiz, 12, prepares tortillas in her family’s makeshift kitchen in the town of Koko ‘. Bullet holes are visible in the roof above her head. 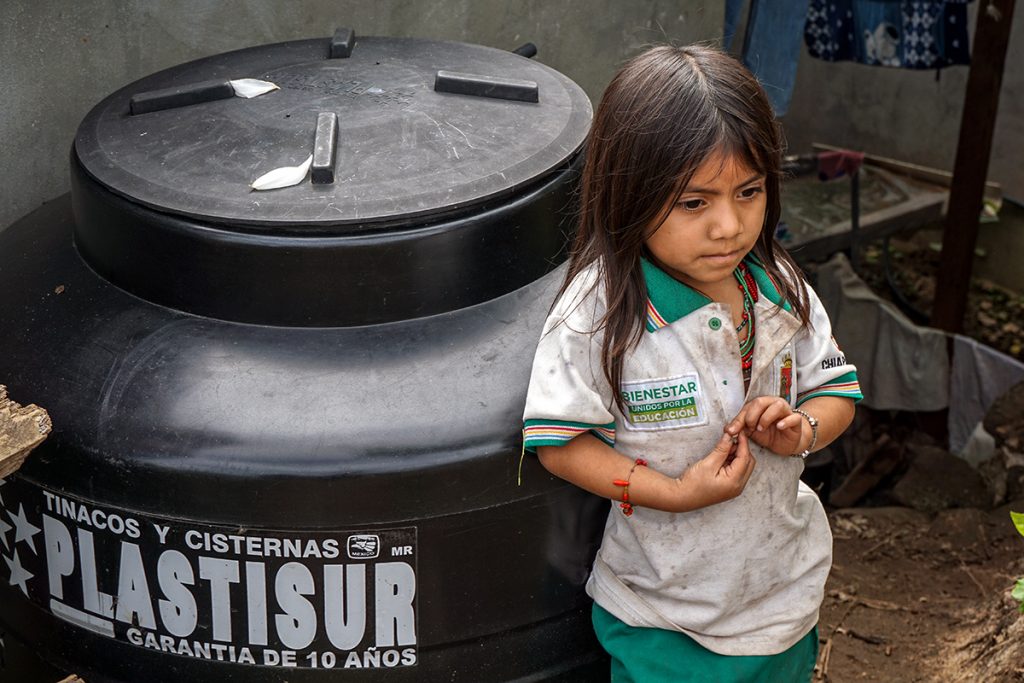 Manuela, María Magdalena’s youngest daughter, stands near a water tank next to her home in Koko ‘, wearing her school uniform. 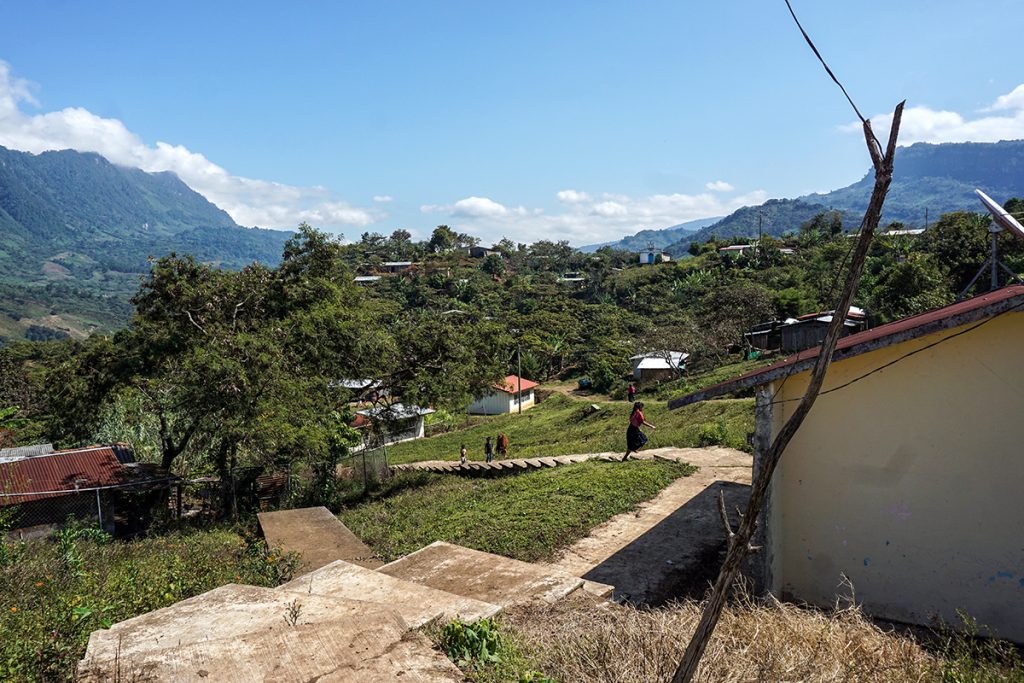 The town of Xuxch’en, shown here, is another community that has been attacked continuously in recent months. Many of the people who lived here moved to temporary camps for safety, abandoning their coffee fields in the process. Some returned after police and military units arrived in the area.