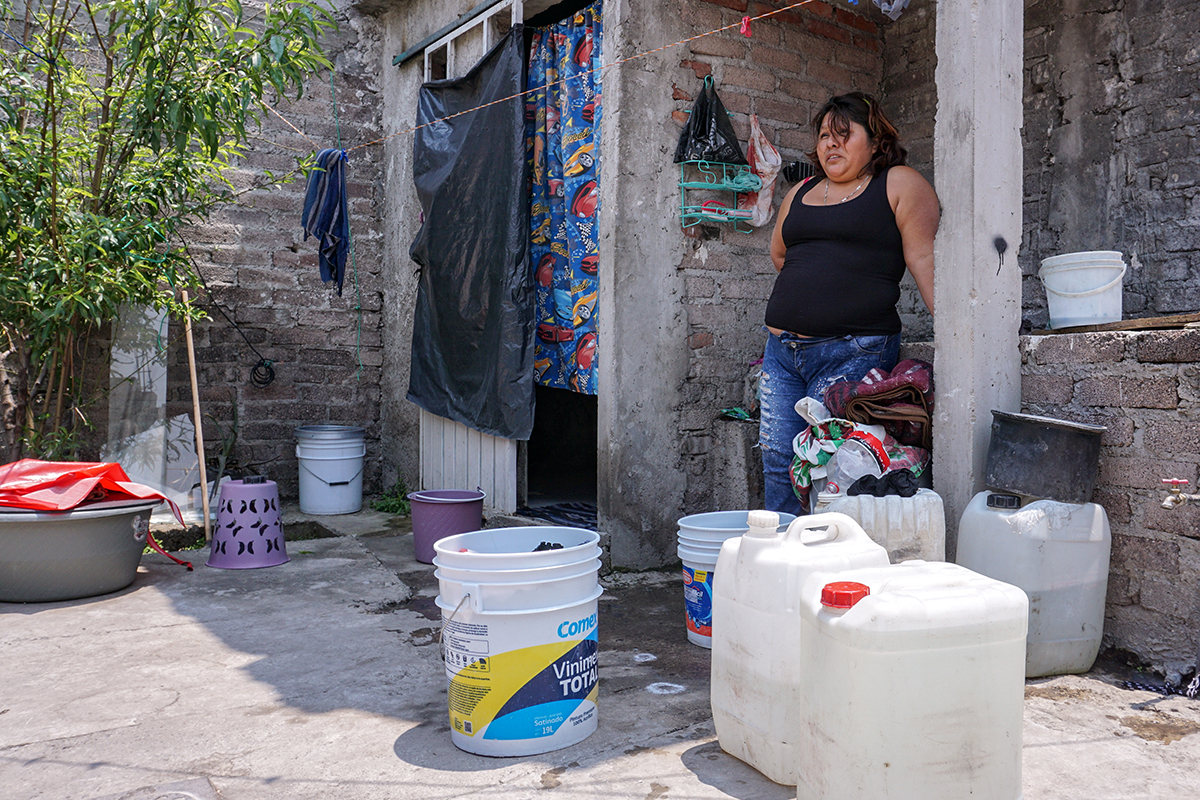 MEXICO CITY, MEXICO – In April, María de Lourdes Ríos walked outside and saw something unusual: a white rectangle drawn on the sidewalk outside her house in Santa Cruz Acalpixca, a community in Xochimilco, a district in southern Mexico City.

As she looked down the street, she saw many more rectangles drawn along the sidewalk on her street, called 2 de Abril.

According to a government brochure distributed in April, the construction was intended to repair damage from the earthquake that struck here on Sept. 19, 2017.

But Ríos says that the water network on her street wasn’t damaged by the earthquake. She credits her steady water supply to her close proximity to a well.

“Why are they going to change the water pipes, if they are not damaged, and ignore the ones that are damaged?” Ríos asks. 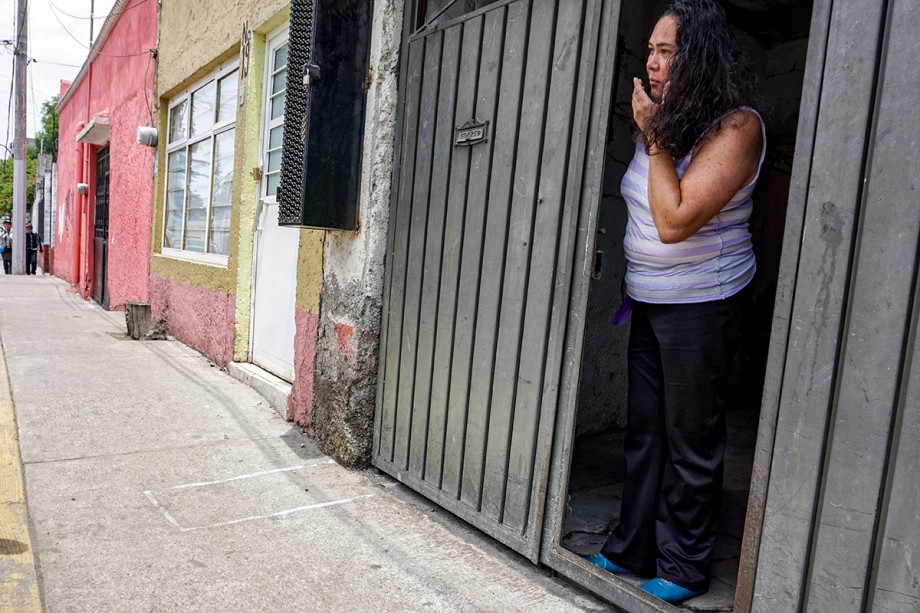 María de Lourdes Ríos says the Xochimilco district has a long history of distrust with the city. She says she suspects that the city water authority is sending water from Xochimilco to other parts of the city.

But other parts of Xochimilco have been left completely without water or left with water service that has been reduced to just a few days a week.

In this small community, neighbors talk, and Ríos says she knows who was hit hardest by the earthquake.

Given their proximity to the wells that serve the more than 400,000 people of Xochimilco, residents say their history of distrust of government officials in Mexico City led them to suspect that the construction plans were intended to take their water supply to other, more central parts of Mexico City. Their suspicions are fed by a lack of information from officials and by recent reductions in the water supply in the homes of some residents of Xochimilco.

When Ríos and her neighbors brought their concerns to SACMEX officials at a community meeting in April, the planned construction on 2 de Abril was canceled, says Fernando Alonzo Ávila Luna, executive director of constructions for SACMEX. But just as the rectangles on the sidewalk raised suspicions, the sudden cancellation of the project raised questions, too.

Distrust between Xochimilco residents and Mexico City water authorities isn’t new. It can be traced back to the beginning of the 20th century, when the city government built an aqueduct to carry water from here into the central part of Mexico City, according to documents in the digital library Biblioteca Digital Mexicana, a civic association.

Why are they going to change the water pipes if they are not damaged and ignore the ones that are damaged?María de Lourdes Ríos

To this day, there is conflicting information about how much water is transferred from the wells of Xochimilco to the central part of Mexico City.

According to Xochimilco’s urban development plan, published in 2005, of the approximately 3,200 liters (about 845 gallons) per second extracted from its deep wells, about one-third is destined for use within Xochimilco. The rest supplies other areas.

But data from SACMEX indicates that all of the water pulled from the wells in Xochimilco serves Xochimilco.

That is unlikely, says Laura Montes, adding that the water pressure at her house on a road called Xochimilco-Tulyehualco has been drastically reduced over the years. She’s only receiving water two days a week. Montes says she believes it’s because Xochimilco’s wells are supplying water to other parts of the city.

Representatives from SACMEX would not address water issues in Xochimilco in detail. That fuels residents’ distrust, says Manuela Martínez, who calls herself a defender of her community’s water.

She has attended meetings between SACMEX officials, Xochimilco’s authorities and the community to explain the need for construction to update infrastructure and check on aging pipes. 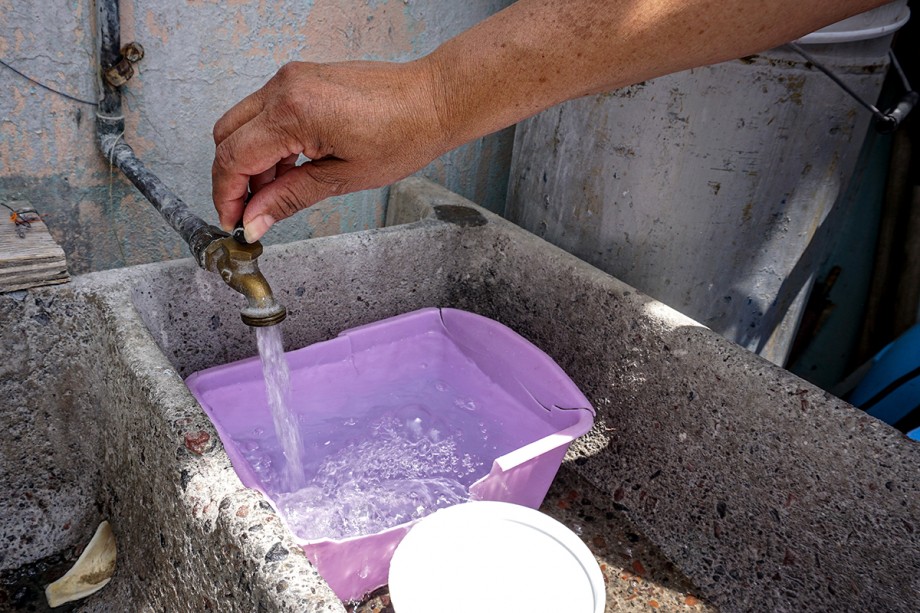 María de Lourdes Ríos says robust water pressure in her home is in contrast to some neighbors who have no water at all.

But that isn’t what they discussed, charges Manuela Martínez. She says authorities never clarified the need for the proposed construction in their meetings or explained why the construction plans were abruptly halted. She says she is convinced that the ambiguity from SACMEX officials is an attempt to strip residents of the water.

But Ávila Luna, executive director of construction for SACMEX, say the community should be more trusting. Their projects, Ávila Luna says, are designed to replace the water pipes with newer, more durable ones.

Ávila Luna says upgrades are in progress but will take time to investigate.

“We’re fixing many things,” Ávila Luna says. “We’re looking at the age of the network and the conditions under which it’s operating.”

Meanwhile, in nearby areas that were damaged by last year’s earthquake, running water has yet to return. SACMEX repairs began in mid-May, but by publication time some houses in the area still had no water.

Angélica Huerta lives on a small back street adjacent to Prolongación Cedro on the other side of Xochimilco, and she has to get water from a public tap nearly half a mile from her house, she says.

“After the quake, the water disappeared, and it still hasn’t come back,” she says.