SAN CRISTÓBAL DE LAS CASAS, MEXICO — Maricarmen Escobar López, 16, left her home in Pijijiapan, a rural area on the Pacific coast of Mexico’s southernmost state Chiapas on Monday, March 28, 2016. She was going out to meet her friends.

Her mother, Cristina López Villa, says she knew something was wrong when Maricarmen didn’t answer her phone. She says she reported her daughter’s disappearance later the same day, but officials told her they had to wait 72 hours before activating an Amber Alert. Used in more than 30 countries around the world, the alerts notify the public and the media about missing children.

More than 48 hours later, on Wednesday evening, an organized community search for Maricarmen persuaded authorities to issue the alert.

On March 31, Maricarmen was found strangled at a nearby ranch.

If authorities hadn’t waited to issue the alert, López Villa says, her daughter could have been found alive.

“The first three hours are key after the report. If the search is started immediately, they can be found alive,” says Juan Martín Pérez, director of Network for Children’s Rights in Mexico, which is known by its Spanish acronym REDIM.

López Villa says she was furious when she later learned that Article 22 of the law that created and regulates Mexico’s Amber Alert System doesn’t call for a 72-hour waiting period at all. When authorities receive a complaint related to the abduction or disappearance of a child or an adolescent, “the alert will be activated immediately, without delay,” the text of the law reads.

Hugo Alberto Flores Velasco, prosecutor with the local District Attorney’s Office, confirmed that there is no 72-hour waiting period for Amber Alerts.

“We have instructions from the District Attorney that the attention be immediate,” he says. “The argument that 72 hours have to pass is not well-founded or motivated.”

Usually, he says, Amber Alerts don’t result in homicide, like in Maricarmen’s case.

“There are minors who left for the first time and so they drink alcohol, or they take drugs and get locked up,” he says. “As an authority we look for them in good faith. We record it and we return the child.” 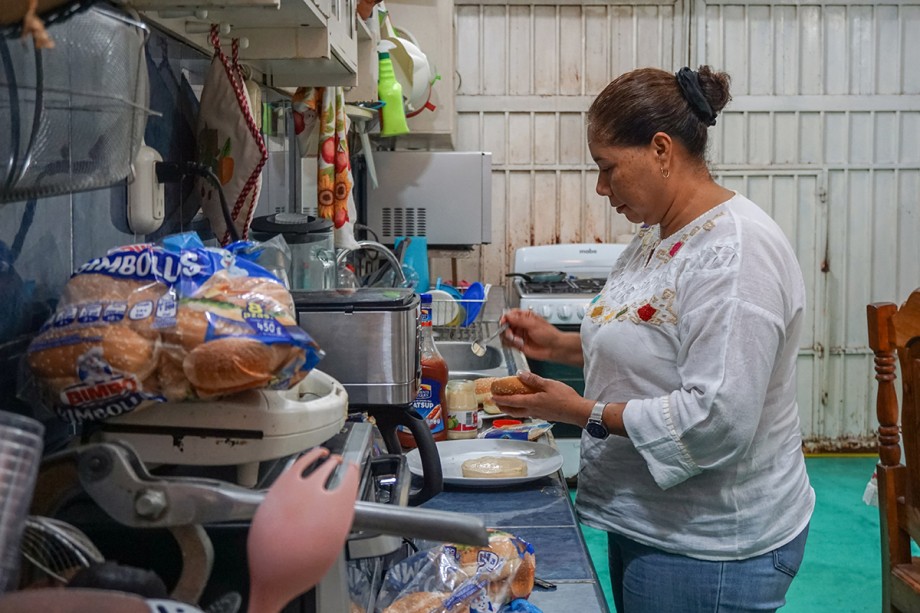 Cristina López Villa, Maricarmen’s mother, says officials told her to wait 72 hours before activating an Amber Alert when she reported her daughter’s disappearance. But according to the law, no such waiting period is required. 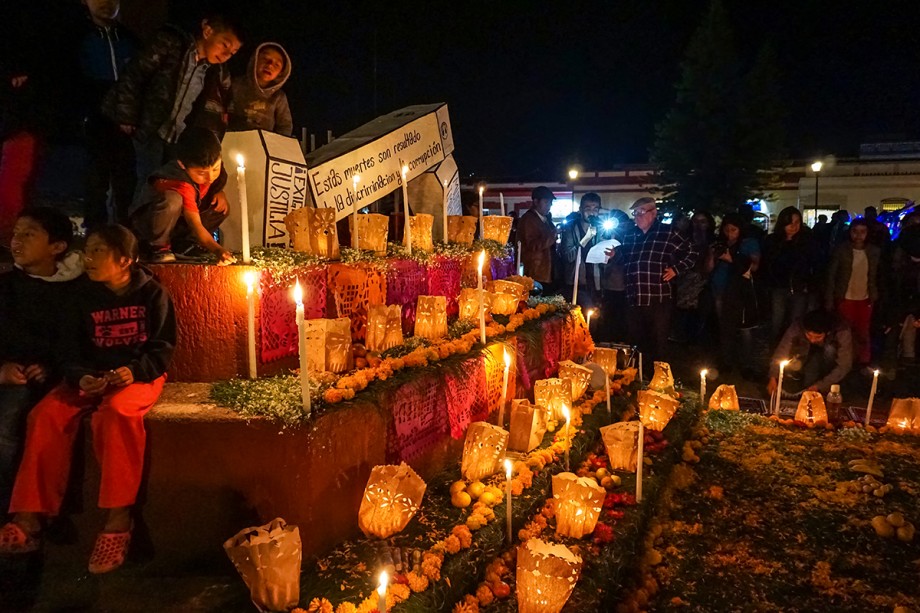 Melel Xojobal and REDIM, two organizations fighting for women’s and children’s rights in Chiapas, Mexico’s southernmost state, protested against the way the state handles cases of missing and murdered children.

Amber Alerts have another purpose too. They can help to record and standardize specific data about the location and outcome of cases of missing minors. But that didn’t happen in Maricarmen’s case. Then, the investigation of her death created additional frustrations and exposed other weaknesses in the way the state keeps data related to crimes involving women.

Police didn’t close the crime scene and many people, both neighbors and authorities, walked through and looked at the scene, says López Villa, Maricarmen’s mother. It’s not clear if or how much evidence was displaced. The local police in Pijijiapan don’t have a forensic doctor on staff to do a proper autopsy, and authorities did not move her body to Tuxtla Gutiérrez, the state capital.

The man accused of Maricarmen’s murder, Felipe de Jesús Chamlati Albores, was sentenced to 37 years in prison for the crime, but later successfully petitioned for release based on those irregularities.

Chamlati Albores was arrested on charges of femicide, which is defined in Mexico’s penal code as the killing of a woman or girl on account of her gender. But he was later charged with homicide, not femicide. It’s not clear if Maricarmen’s death was recorded as a femicide, or if her death was recorded in local, state or national statistics at all.

Marissa Revilla is a Global Press Journal reporter based in San Cristobal de las Casas, Mexico. She was a member of the inaugural class of Global Press reporters in Chiapas in 2006.

Child rights organizations here, including REDIM, say that discrepancies in crime data is a big problem in Chiapas. The group has been advocating for better police systems since 2017, when they begin documenting an increase in the murders and disappearances of children and adolescents across Mexico. Poor police records, muddled investigations and the absence of a streamlined system to record crime data make it impossible to accurately understand the total number of minors who have disappeared or been killed.

There is no shortage of crime data for Mexico as a whole. But in Chiapas, the numbers of murdered and disappeared women and children vary significantly according to data collected by police departments, state agencies, national databases and local civil society organizations.

Colectivo Mujeres Libres, COLEM, a local women’s rights organization, registered 12 femicides between January and October of 2018. Melel Xojobal, a local organization that registers the cases of murdered and missing children and teens, recorded eight cases in 2018.

As of September 2019, Melel Xojobal had recorded fives cases of femicide, while the State Attorney’s office has registered three. 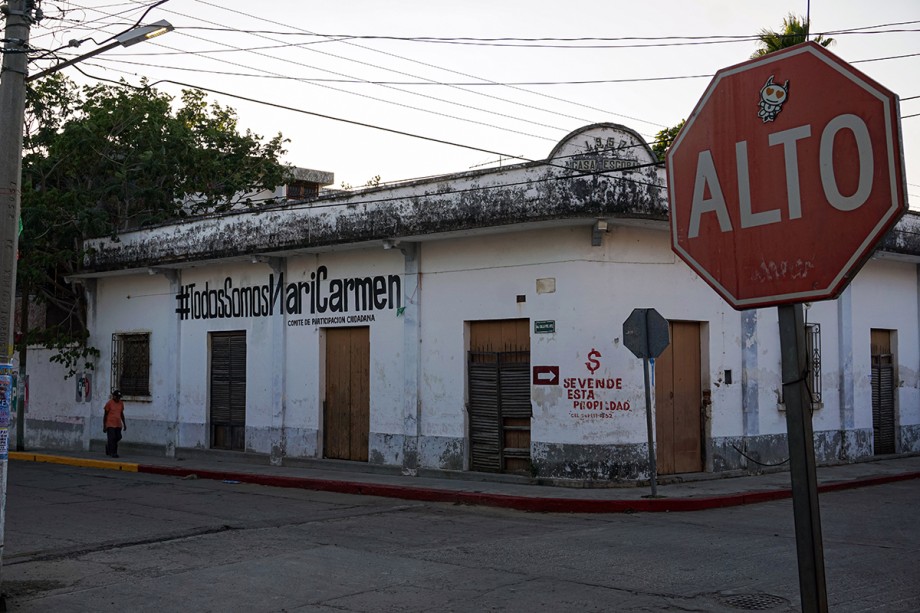 The man accused of Maricarmen’s murder, Felipe de Jesús Chamlati Albores, was sentenced to 37 years in prison for the crime, but later successfully petitioned for release based on those irregularities. Community members have protested his release. Hashtags, like the one pictured above, can be seen throughout Chiapas.

Alejandra Rovelo Cruz, the gender violence alert coordinator of the Chiapas state government, says she knows there is work to do.

“There is a lot of training and a lot of social commitment from public servants,” to keep clean crime data, she says. But they need “more personnel, better schedules, more experts, everything that has to do with a good investigation, that we know in reality is very poor.”

José Encinos Gómez, who is in charge of communication and advocacy at Melel Xojobal, believes the state is motivated to keep data about crimes low to maintain its public image.

“You can’t find reliable figures. Their pretext is that relatives do not follow up or that they reappear and it’s not reported,” he says, adding that he is not hopeful things will change anytime soon. “The state is not going to do anything. They’re interested in quieting voices.”

Rovelo Cruz disagrees, but does acknowledge that discrepancies in data can lead to mistrust. She says she’s working to create a cross-functional system.

“The prosecutor’s office has data, the judiciary has other data and when you cross the data [and see it doesn’t match], it generates mistrust when you realize that no one has real data,” she says.

Authorities are working to improve coordination and collaboration. In March, the attorney general of the state of Chiapas, Jorge Luis Llaven Abarca, announced that Chiapas would establish a commission for missing persons. He also pledged to strengthen the state’s forensic capacity.

Marissa Revilla is a Global Press Journal reporter based in San Cristobal de las Casas, Mexico. Marissa specializes in reporting on child rights and conflict in indigenous communities throughout Chiapas.