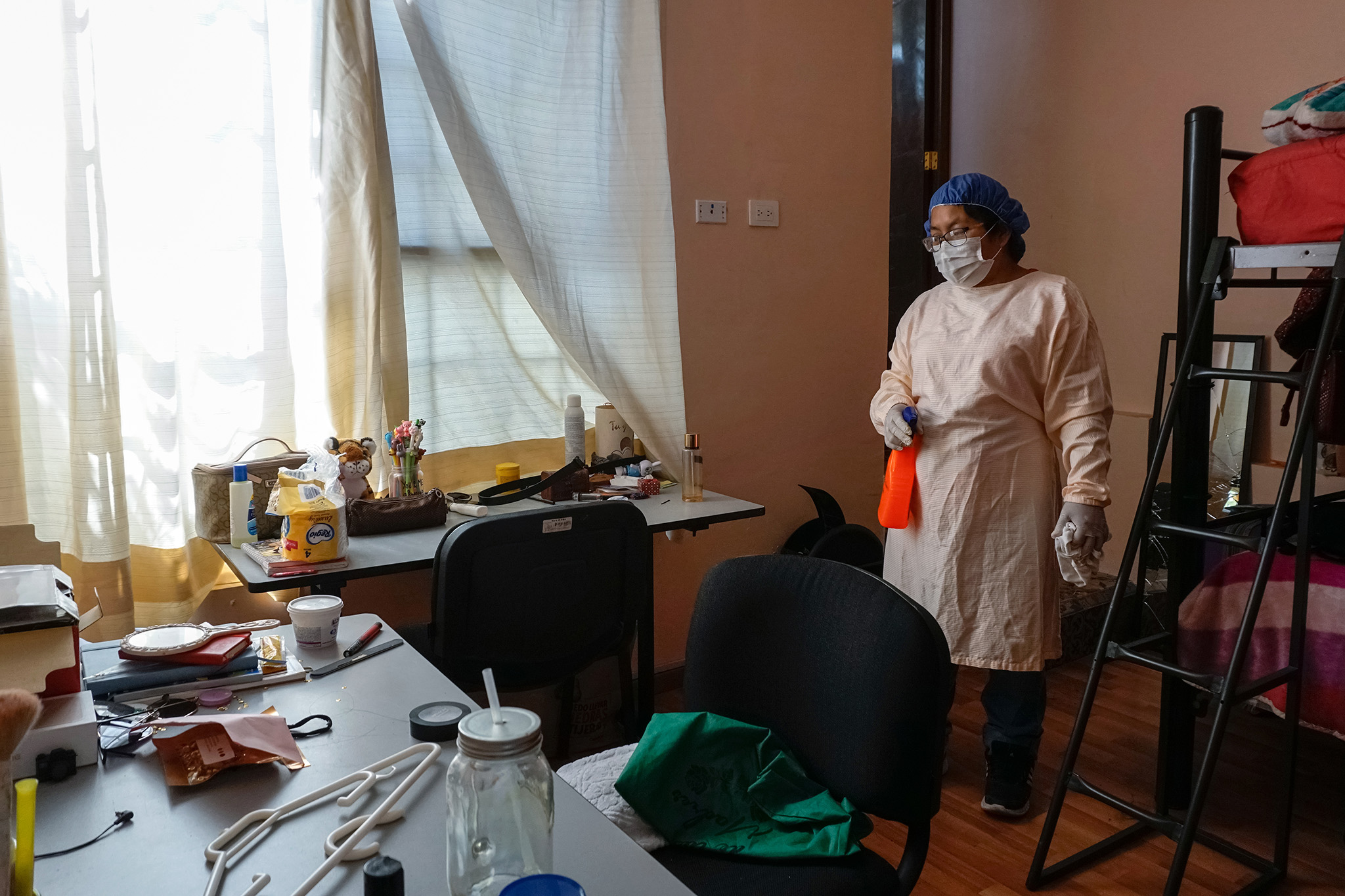 “It’s the normal work, but now it’s uncertain and stressful,” Vázquez says. “The students went home, and nobody knows when they’ll be back.”

Vázquez is in charge of hiring gardeners, construction workers, carpenters, plumbers, electricians and fumigators. Now all of that has stopped, and he’s worried about losing his job.

Mexico’s colleges and universities shut down when the coronavirus pandemic erupted in late March, and students have yet to return. At the Benemérita Universidad Autónoma de Puebla and other schools, students started the school year remotely. And the businesses that depend on them have run out of customers.

Those enterprises are scuffling to survive in a state where these service jobs make up about 61% of the gross domestic product.

The city of Puebla, with a population of 1.6 million, is known for its college life, as much of its energy and economic strength depend on the presence of more than 200,000 university students. 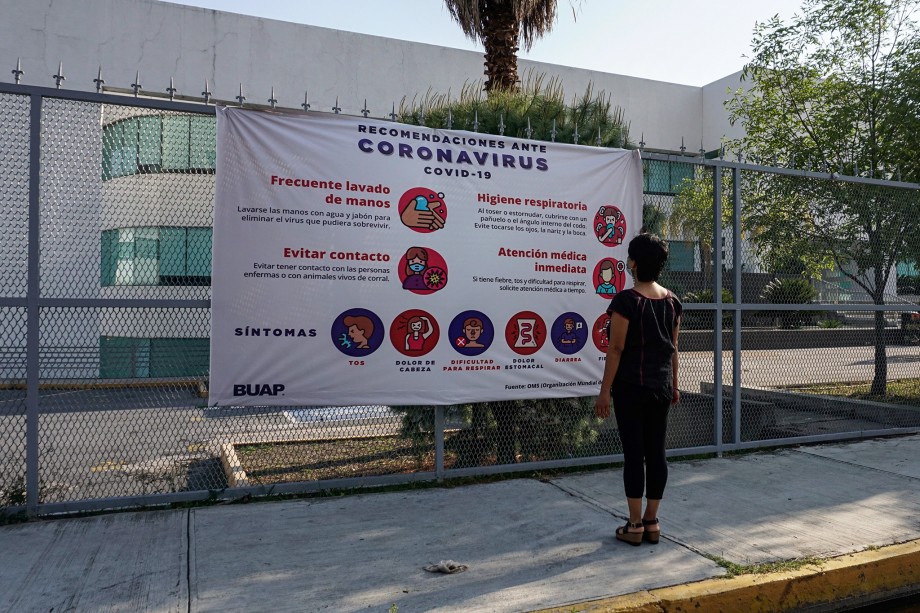 Elsa García Balbuena, a contract psychologist who works in the student services division of Benemérita Universidad Autónoma de Puebla, visits the university to pick up some materials from her office. Only authorized personnel may enter the facility.

Founded in 1587, the Benemérita Universidad Autónoma de Puebla has a presence all over this city, with two campuses that cover about 274 acres, a hospital and dozens of buildings in the historic district. Its enrollment runs to nearly 71,000 students.

Before a student strike and the coronavirus pandemic, food stalls lined the sidewalks. Now those sidewalks are empty. Stores are open, but many signs advertise premises for rent.

Students were the lifeblood of businesses such as Damián Viña Romo’s 15-year-old restaurant, Sabor y Sazón, two blocks from Ciudad Universitaria. It has been a tough year for Viña and his eatery. First, business faltered in late February after the murders of three medical students. In the wake of the killings, students from universities all over the city went on strike. Then came the coronavirus.

“It wasn’t just the coronavirus,” Viña says. “Businesses have been barely getting by since the end of February, in situations that nobody could have imagined.”

Vázquez says after the murders and the strike, he too saw business decline, as some students left their apartments and never returned. Vázquez has managed the student housing units for six years. He now receives half of his salary and does maintenance work at the complexes at no extra charge.

His boss thinks the company may go bankrupt, but Vázquez hopes to stay at least until students return. “When students arrive, business will pick up,’’ he says. “The challenge is to hold on and keep operating.”

Avelina Corona Chávez, who runs a laundromat, says the lack of students has dried up business so much that she may shut down, at least temporarily.

Corona has slashed her one employee’s salary, sometimes paying her half, sometimes two-thirds. But the employee, Sandra Salmerón Vélez, does not plan to leave. “I know my boss is having a hard time too,” she says.

The shutdown also impacts workers affiliated with the Benemérita Universidad Autónoma de Puebla. Elsa García Balbuena, a contract psychologist in the school’s student services division since 2013, continues to work remotely. She appreciates the need to take precautions but worries about the lack of face-to-face contact with students.

“I want to go back to work. Many students are looking for me,” García says. “They need emotional support. They don’t know what to do.” 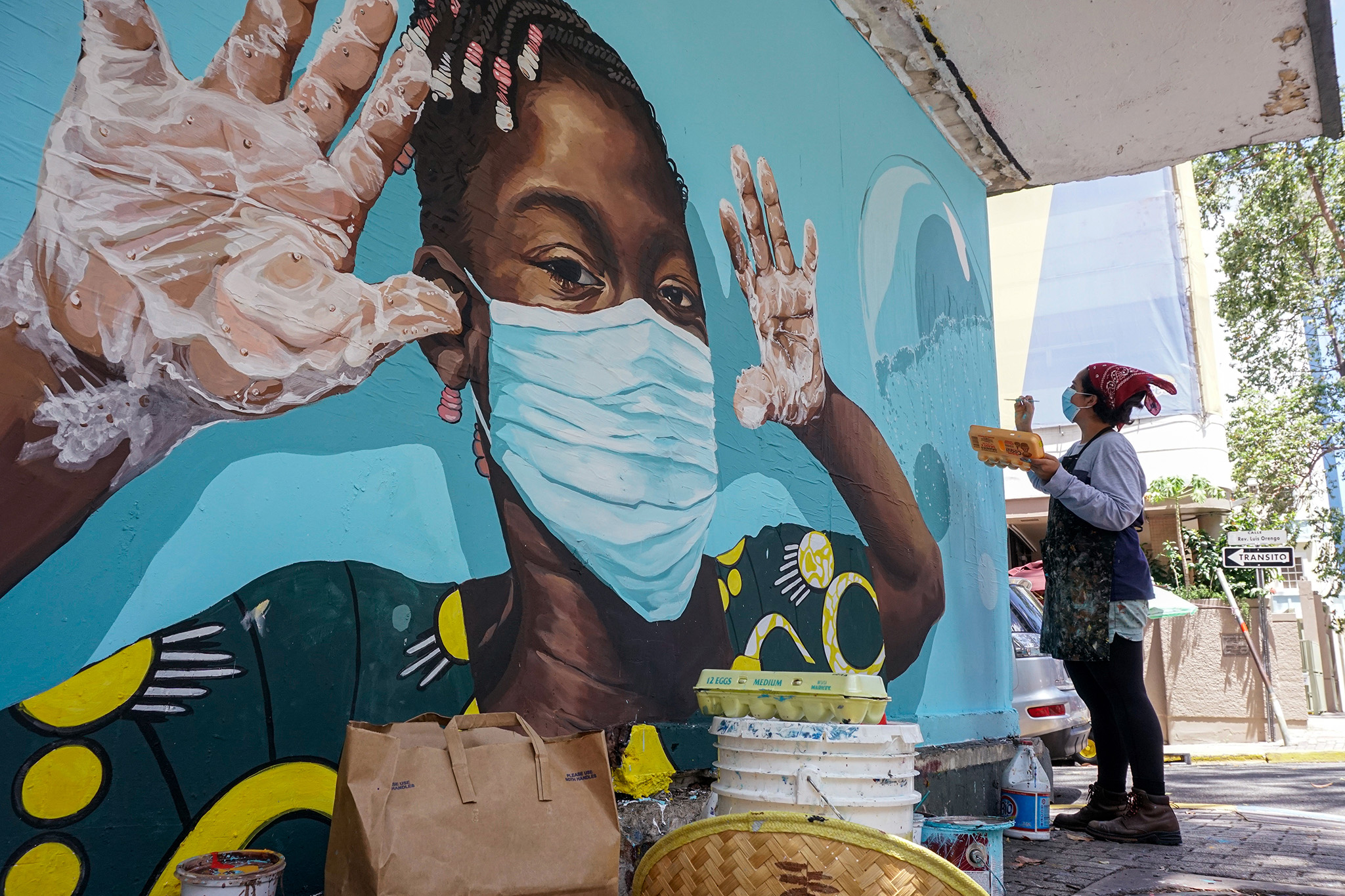 Lisbeth Miranda Palacios’ school-supply business has been closed since the strike. She is optimistic that the university will reopen soon because it’s vital to the image and overall well-being of the city of Puebla. For now, she lives on her savings.

In April, Carmen Mireya Calderón, head of the city’s Ministry of Economic Development, announced that the government plans to provide support for 1,000 local micro-entrepreneurs, with a total investment of 10 million Mexican pesos ($466,340).

In the historic district, the ministry will invest 5 million pesos ($233,170) in some 500 businesses, allowing them to address some of their fixed operating costs. Those payments were scheduled to start on June 1 but were delayed.

Uncertain as to when students will return to the university, businesses and employees plan for the worst. Corona hopes to broaden the laundromat’s customer base beyond students and expand its services. Vázquez may start his own business helping social entrepreneurs build their networks. Viña closed his restaurant.

Short, serious and shy, Viña was a ball of energy at his eatery, serving meals with joy and pride. He still rises as if Sabor y Sazón were open, out of bed each day by 4:30 a.m.

He says he constantly thinks about how to find better ingredients for meals on a menu that no longer exists.

Viña does not plan to seek help from the government because he doesn’t want the scrutiny. “If it is the will of God,” he says, “I am going to rise again.’’

Viña, 50, does not know what to do next, he says. He is depressed. He may take a job stocking shelves in a grocery store.

He misses the students’ stories and their laughter. “If you only knew how many love stories I saw blossoming in front of my plates,” he says.

This story, originally published July 12, 2020, has been updated to reflect new coronavirus figures and the start of the school year.