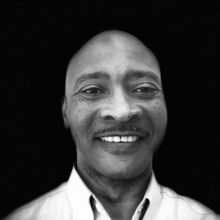 Stephen Buckley has been in and around the fields of journalism and communications for more than three decades as a reporter, editor and trainer. He has taught in the United States, the Caribbean, Europe, Asia and sub-Saharan Africa.

Stephen began his career with The Washington Post, where he spent 12 years as a local reporter and international correspondent based in Nairobi and Rio de Janeiro. He moved from there to the St. Petersburg Times (now Tampa Bay Times) in Florida where he was, among other things, a national reporter, managing editor and digital publisher before turning to teaching.

As the dean of faculty at the Poynter Institute for Media Studies for 4 1/2 years, Stephen conducted workshops at numerous writing conferences, including the Nieman Narrative Conference at Harvard University.

In 2015, he returned to Nairobi to join the Aga Khan University Graduate School of Media and Communications, where he ultimately served as an associate dean in charge of professional and executive programs. In his four years there, the startup school developed courses for and taught more than 1,500 journalists.

Stephen’s honors include the International Reporting Award from the National Association of Black Journalists for his coverage of Africa; the InterAction Award for Humanitarian Reporting; and the Paul Hansell Distinguished Journalism Award as Florida’s best newspaper reporter. As an editor, he served four times as a juror for the Pulitzer Prizes.

Stephen is married with two adult children. He’s also a big fan of Tim Keller, the Duke Blue Devils, the New York Yankees and chocolate cake (not necessarily in that order).