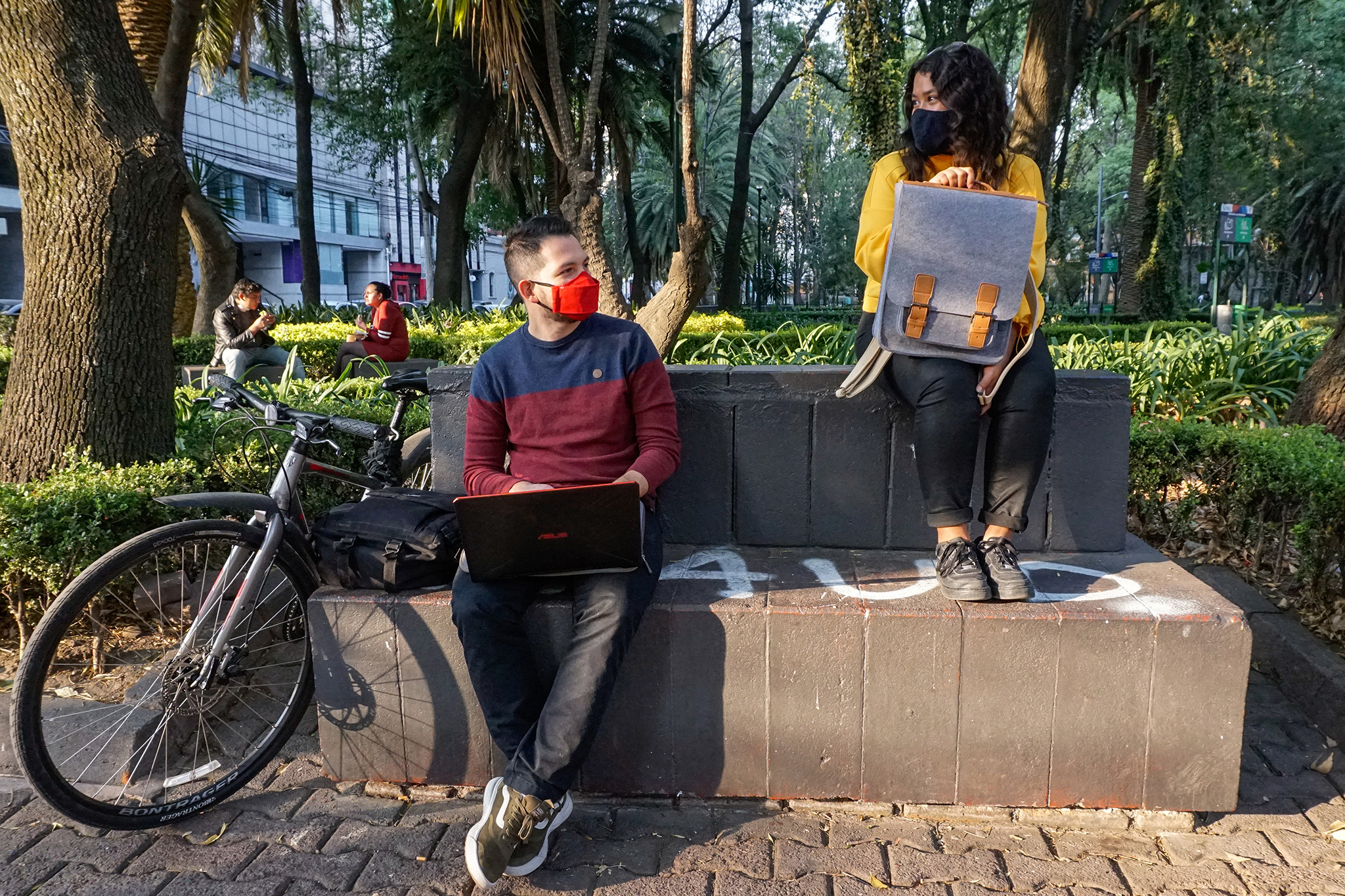 Gómez, 76, didn’t start paying attention until stores and schools shut down. But what really scared her was a recorded post she heard on WhatsApp, a messaging app, which said, “Don’t leave your houses because there are Marine helicopters spraying the virus to make us all sick.”

So Gómez kept her windows shut all the time. She even refused to walk into her own backyard. She relented only after a nephew shared another WhatsApp post, this one disproving the helicopter rumor.

The post came from Verificovid, an unusual citizen-led initiative that combats pandemic-related misinformation in a country that by the end of March had seen COVID-19 – the disease caused by the novel coronavirus – kill more than 201,000 people. Only the United States and Brazil have had more virus-related deaths.

Verificovid’s successes and challenges illustrate the complexities of battling false narratives during a pandemic in which facts move fast but rumors often move faster.

Fake news has dogged many countries since the pandemic began. The problem stretched so deep and wide that in February 2020, the World Health Organization came up with a name for it – an infodemic. 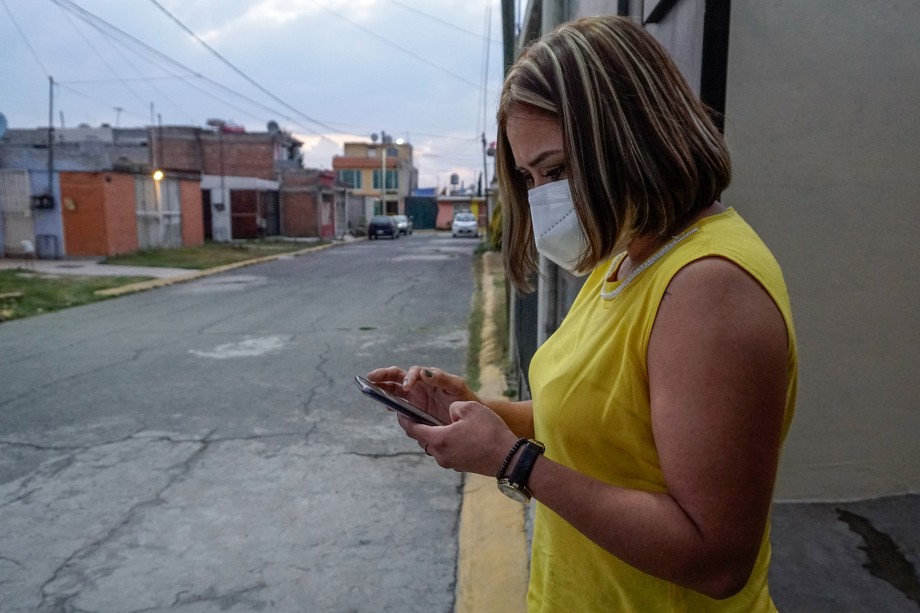 Blanca Quiroz used Verificovid to dispel misinformation about hospitals murdering patients who were sick with COVID-19.

Last May, Jenaro Villamil Rodríguez, chief of Mexico’s Public Broadcasting System, addressed the fake news crisis at a press conference, where he attacked videos and audio messages on WhatsApp “whose purpose is to promote general social suspicion and fear, especially among working-class sectors of the population and in those sectors where they don’t have access to contrasting information.”

In the pandemic’s early months, misinformation besieged Mexico, sowing fear and confusion. Some people stopped going to hospitals. Others refused to wear masks. Still others either wouldn’t take medicines or bought them when they weren’t sick.

In several places – the municipalities of Otzolotepec, San Cristóbal Huichochitlán, Texcoco, and Almoloya de Juárez in Mexico state and the town of San Antonio de la Cal in Oaxaca state – local governments started street sanitizing campaigns to halt the virus. But opponents stopped such efforts, arguing that the campaigns would actually spread COVID-19.

Meanwhile, a group of friends living all over Mexico watched the storm of misinformation unfold, especially on social media. The crew included two communications professionals, a social media manager, a graphic designer, a photographer and an educator. 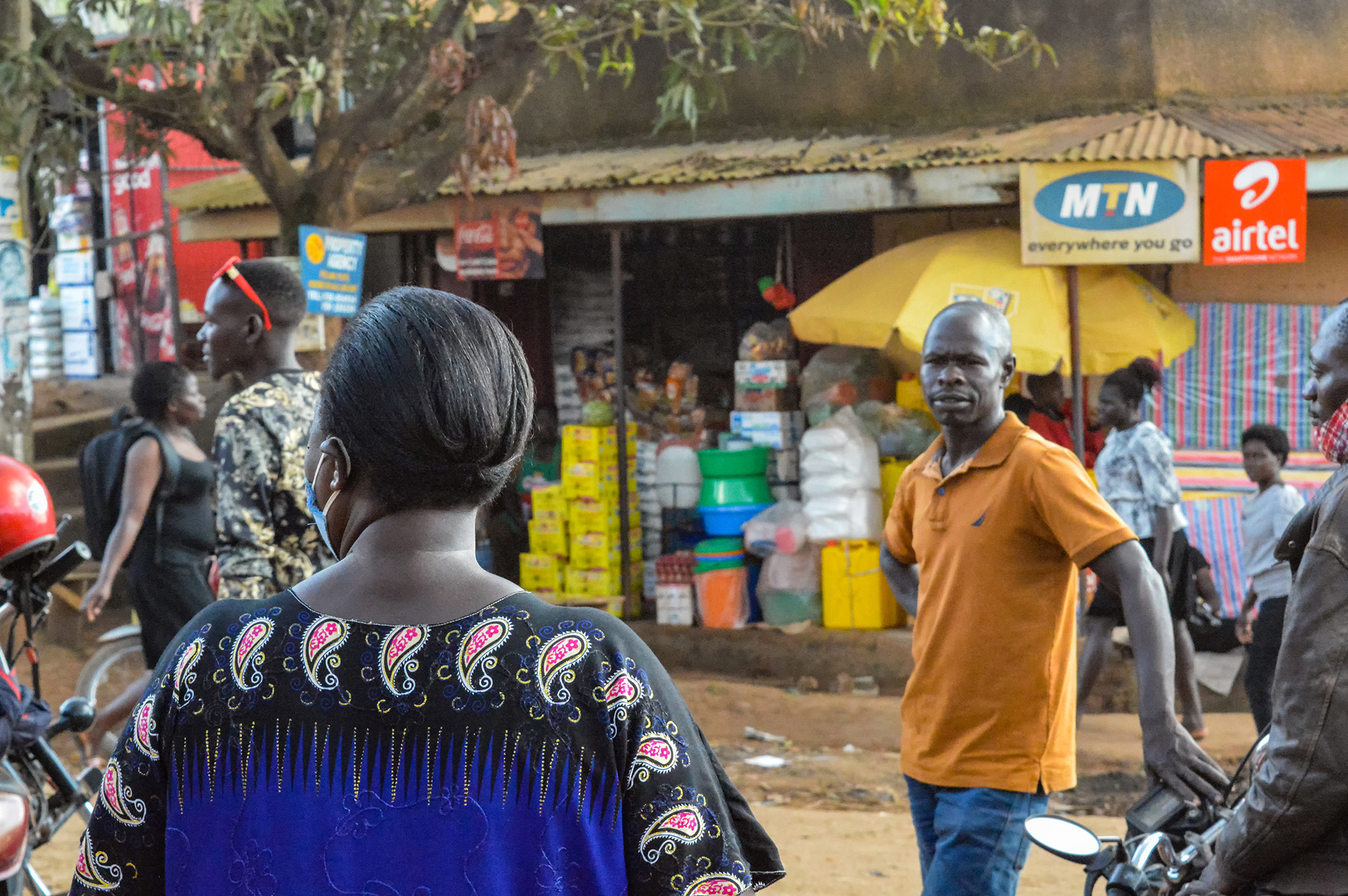 Coronavirus Warnings Lost in a Failure to Translate

They had worked together before – including during the 2012 election and the 2017 earthquake – to supply clear, useful information. They decided to battle fake news during the pandemic.

They had a lot of work to do, as rumors ran the gamut:

The government wasn’t giving COVID-19 tests because authorities wanted to keep the official numbers down.

In hospitals, doctors were extracting liquid from the knees of COVID-19 patients and selling it on the black market.

Digital thermometers – the ones applied to the forehead – cause brain damage.

She found herself at a loss when several relatives got sick. Then she discovered Verificovid on social media. “I heard the audio [on WhatsApp] saying that that wasn’t true and I felt calmer,” says Quiroz, 37.

They prioritize fast-moving misinformation that could cause the most harm.

“Rumors that have to do with some action in which the government intervenes create a lot of chaos and distrust in people, such as hospital care,” says Juan Manuel Solís, a social media manager who volunteers with Verificovid. “But also anything that has to do with medicines, home remedies or miracle products that promise a cure. People went out to buy them without a doctor’s order.” 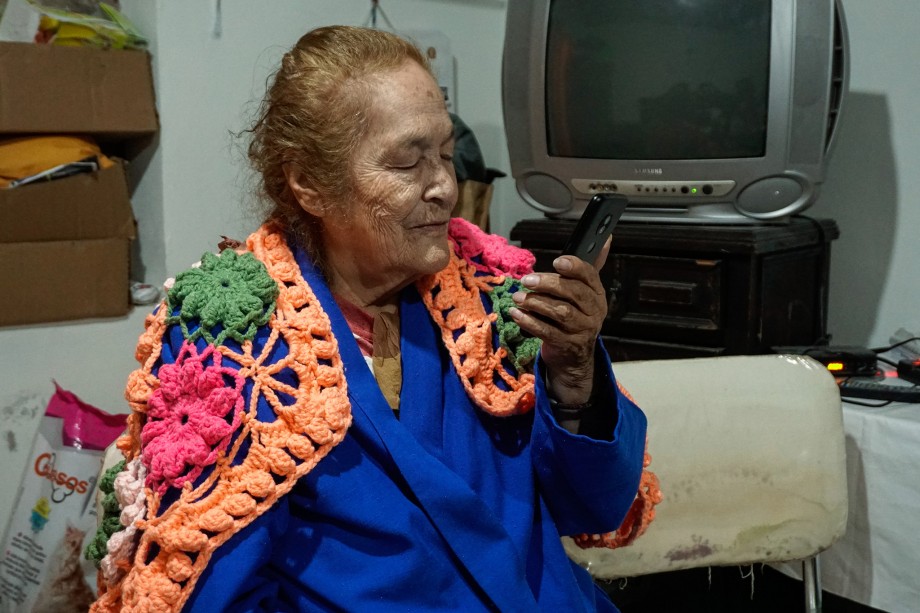 Irma Gómez gets regular updates from Verificovid, a citizen-led initiative aimed at fighting misinformation about COVID-19.

Months ago, the group found itself addressing whether some medications – the antimalarials hydroxychloroquine and chloroquine and the antibiotic azithromycin – could reduce coronavirus deaths. (They can’t.)

Now they get questions about vaccines.

“Some people don’t trust vaccines,” says Ana Rolón, a communications professional who is a member of the Verificovid team. “And when we share information with them, they still don’t believe us.”

Along with sharing the truth, Verificovid tries to root out the origin of the misinformation, although not always successfully. The team also teaches the public how to stop fake news.

“Now they’re able to identify it themselves,” Rolón says, “and that’s where I gauge the success of what we’ve done.”

Because Verificovid relies on information and statistics from the Ministry of Health, a few critics accuse the group of parroting the government line. In other words, they find themselves fighting fake news directed at them.

But the Verificovid team takes solace in people like Raúl Gutiérrez.

Gutiérrez says his relatives have sometimes fallen for misinformation, so he regularly shares Verificovid’s texts and audio messages with his aunts, uncles and cousins.

“It makes me laugh to know that my family believes all this stuff, but when I tell them it’s not true, they say, ‘Well, what do you know?’” he says. “So I show them what I have from Verificovid, and then it becomes easier for them to believe me.”

But progress is ragged.

Gómez, for example, likes to get Verificovid’s WhatsApp notifications, which update her on coronavirus cases and deaths in Mexico. Verificovid also shares facts about vaccinations, but they can’t compete with misleading information and videos from Gómez’s relatives and friends.

As of now, she says, she doesn’t plan to get a vaccine.