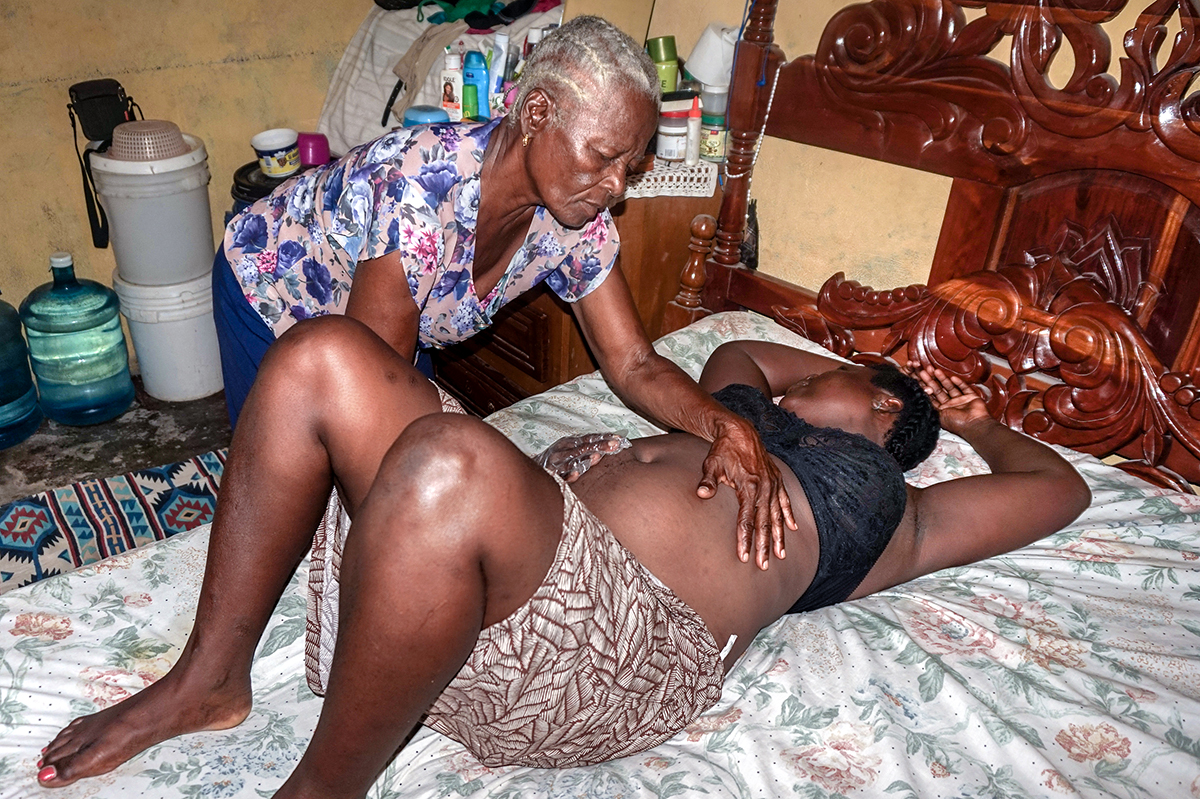 GONAÏVES, HAITI — Throughout this country, limited access to prenatal care means that women often ask traditional midwives to be their primary care providers.

Félicia Morose, 74, is among the revered midwives in this central city. She was trained by her grandmother and says she has assisted more than 400 women in her 38-year career. Locals don’t dispute her claim.

“Helping a woman bring a child into the world is the most wonderful thing on this earth,” she says.

Rural women often don’t have the luxury of planning or preparing for childbirth. Labor pains can come suddenly, as women continue their daily tasks until the moment when they’re forced to ask for a midwife, Morose says.

“We need to help mothers prepare for childbirth, monitor the key signs of labor and manage labor pain, thus being able to monitor the progress of labor,” she says. “And to top it all off, we entrust the childbirth to the Almighty’s never-failing care.”

Haiti has long relied heavily on international aid, including vast sums of money from the U.S. government. That aid increased dramatically, at least on paper, after a 2010 earthquake that devastated huge portions of the country. That year, the U.S. government gave Haiti $35.4 million for maternal- and child-health programs. Between 2011 and 2015, $14 million was earmarked each year for those programs, according to data collected by the Kaiser Family Foundation, placing it in the top quarter of all recipient countries in terms of funding.

Helping a woman bring a child into the world is the most wonderful thing on this earth.Félicia Morose

As of January 2017, U.S. dollars cannot be given to organizations that advocate for abortion services or give women information about abortion – a restriction known as the global gag rule. U.S. government funding for direct abortion services domestically or abroad has been mostly barred – although there are some exceptions ­– for decades.

Maternal-health advocates say the global gag rule, which applies to billions of dollars of U.S. aid, will seriously jeopardize the lives of women and infants, because it’s common for organizations that offer abortion advice to also provide life-saving services such as screenings for cervical cancer. Haiti in particular has been a focus of concern for global-gag opponents, in part because of its dismal record on maternal deaths: 359 women died for every 100,000 live births in 2015, according to World Bank data – far more than the global average of 216 deaths.

But in Haiti, most women rely on traditionally trained midwives, such as Morose, who aren’t connected to formal clinics or hospitals.

“Midwives’ know-how and support are a key piece in promoting reproductive health in Haiti,” says Florina Jacques, 34, who was attended by Morose for the births of each of her three children.

But it’s only wealthy women who can afford to pay the midwives, Jacques says.

As a result, Morose and other midwives have few tools to aid a baby’s delivery.

“Our hand is the only weapon we use to save the lives of mothers,” Morose says.

Morose’s work helps fill a gap that formally educated midwives can’t bridge. There are 250 formally trained midwives in Haiti, but the country needs at least 1,500 midwives to significantly reduce maternal-mortality rates, according to Haiti’s public-health ministry.

“Women have little choice but to turn to traditional birth attendants,” Cleophat says, adding that midwifery schools are desperately needed.

Carine Joseph, a 27-year-old nurse midwife, was trained by Midwives for Haiti. She now works at Centre de Santé Primaire de Darbonne, a primary health care center that is run by a nongovernmental organization and offers free services.

“Many Haitian women choose to give birth at home,” Joseph says. “There is a need to increase the number of midwives trained by qualified institutions, equipping them with skills that will enable them to deal with labor and delivery complications. In view of our lifesaving mission as midwives, we need to be ready all the time and reach out to pregnant women needing care.”