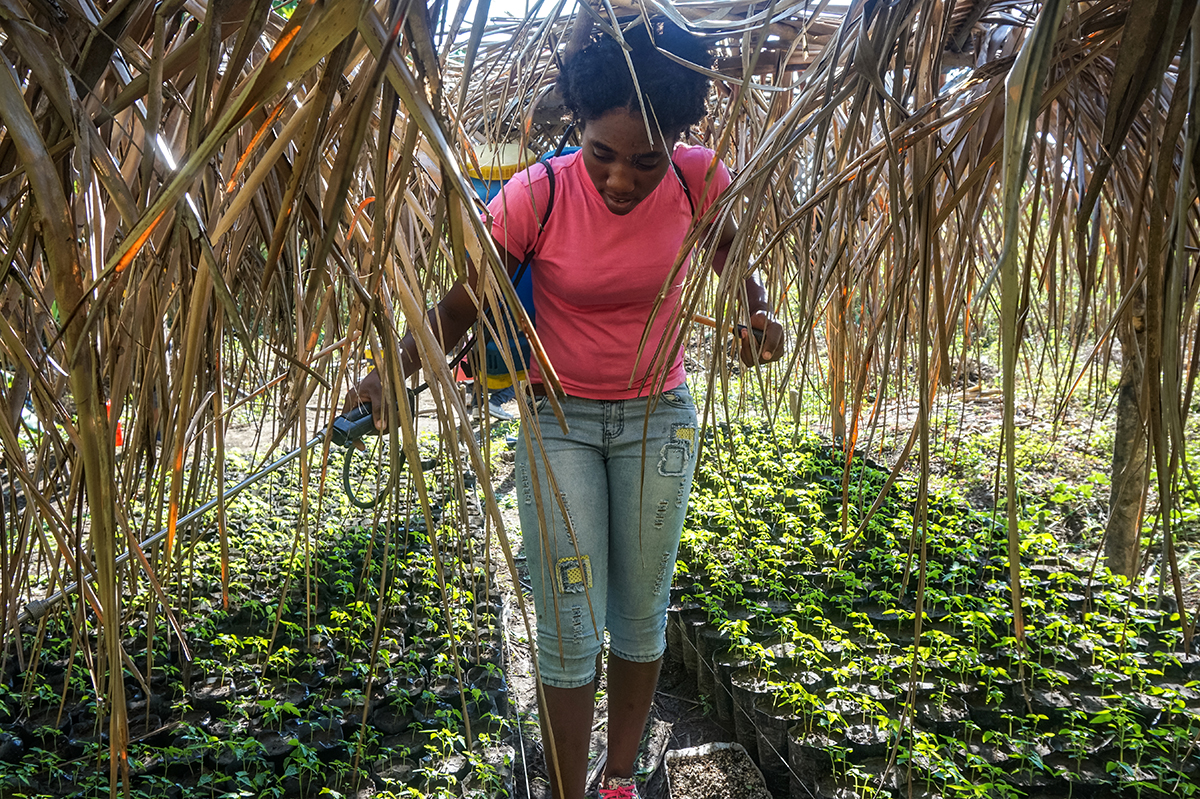 CROIX-DES-BOUQUETS, HAITI — When the breeze comes through this agricultural area in the early morning, it feels like a breath of fresh air.

Here, 12 kilometers (about 7 miles) northeast of Haiti’s capital city, a group of agronomy students learns how to put the academic theories they’ve learned in class into practice.

The program is called Mon Jardin Bio, which translates to “my organic garden” in English. Wisnel René, an agronomist and the program’s coordinator, says there’s a serious gap in agronomy education.

“Most agricultural graduates lack practical skills in agriculture and can’t put their academic knowledge into practice,” he says.

Students are trained and can practice their skills in a space Mon Jardin Bio manages. Ultimately, René says, he hopes to start a movement that leads to Haiti growing more of its own food.

More than 80 percent of Haiti’s rice supply is imported. There are government-sponsored efforts to reclaim rice production, but the price of domestically-grown rice is nearly double that of imported rice. (Read more about Haiti’s rice prices here.)

René says Haitians should be more aware of the conditions in which their food is grown. Ideally, he says, it would be produced organically and locally.

“Not only do we train students, but we make available spaces for practice. This program is helpful for the country, and makes it possible for people to have access to quality food products, and contributes to reducing imports,” he says. 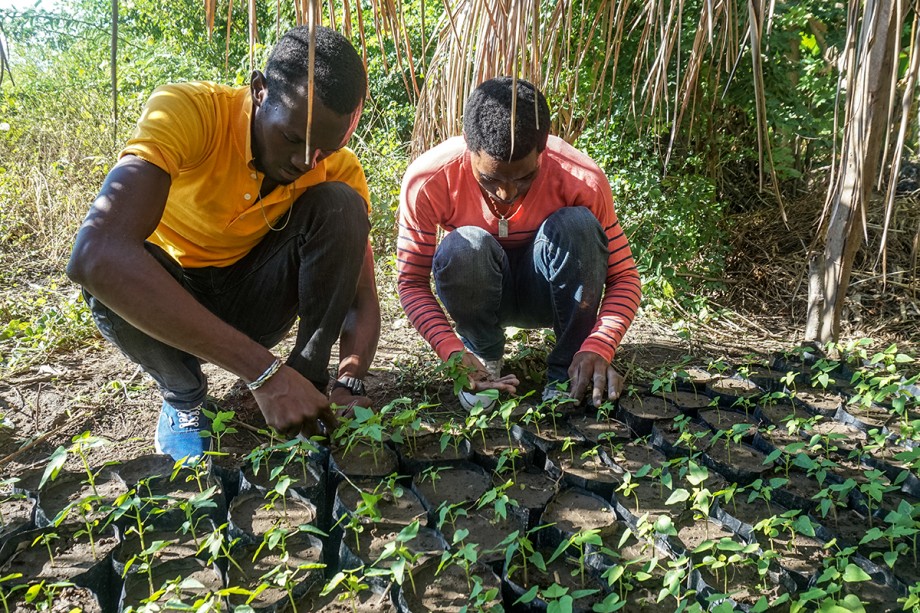 André Titi, left, and Arthur Marc, right, transplant seedlings that sprouted in a nursery into the ground.

André Titi, a 27-year-old agronomy student, says he had no idea how to treat soil until he joined the Mon Jardin Bio program. His school, Université Polyvalente D’Haiti, doesn’t teach practical skills, he says.

The program helps “farmers protect their crops using organic pesticides, and when caterpillars attack plants, we control them organically,” he says.

A huge portion of this island nation is mountainous, notes Bertrand Talot, an agricultural engineer and environmental education specialist. That sort of land requires specific farming techniques because it’s prone to erosion, he says.

Organic farming can prevent erosion, according to the Food and Agriculture Organization of the United Nations. Tilling is kept to a minimum and crop rotation and use of cover crops, among other methods, are common to the practice.

Talot, who is also Secretary General of PROMODEV, a development organization, says “the training has the potential to boost our organic agriculture.”

Food insecurity is a major problem in Haiti. An estimated 50 percent of the Haitian population is undernourished, according to USAID, the U.S. government’s international assistance arm. Food production has gone down over the past 30 years in part because of environmental degradation, natural disasters and lack of adequate irrigation systems.

In the 1970s and 1980s, most small farmers used natural fertilizers, including manure and mulch, according to a report published at the U.S. Library of Congress. Large commercial farms used “increased amounts” of chemical fertilizers during that time, but even then, their usage trailed far behind other countries in the western hemisphere. 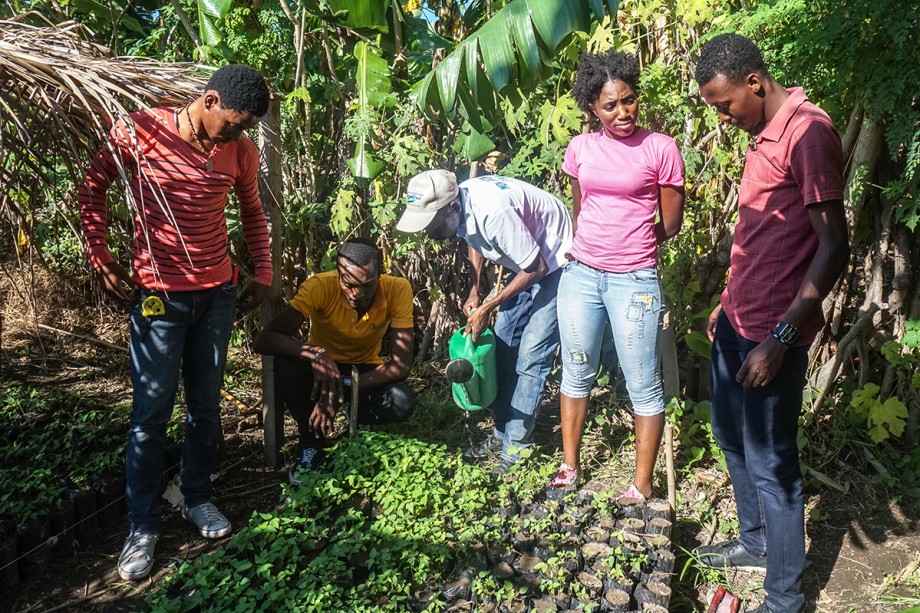 To this day, the majority of individual farmers don’t use chemicals, says Yvens Philizaire, a professor and researcher at the faculty of agronomy and veterinary medicine at the Université d’État d’Haïti, a public university.

But that doesn’t mean that organic agricultural practices have been widely adopted or that those practices are sufficient for Haitian farms to adequately feed the country, Philizaire says.

About 40 percent of Haiti’s population works in agriculture, according to the World Bank.

René, the Mon Jardin Bio coordinator, says he hopes students in the program will scatter throughout the country and promote organic farming methods.

Titi, the agronomy student, says that’s what he plans to do.

“I won’t consider remaining in the capital,” he says. “I’ve to live and work in remote areas and help increase organic production in Haiti.”