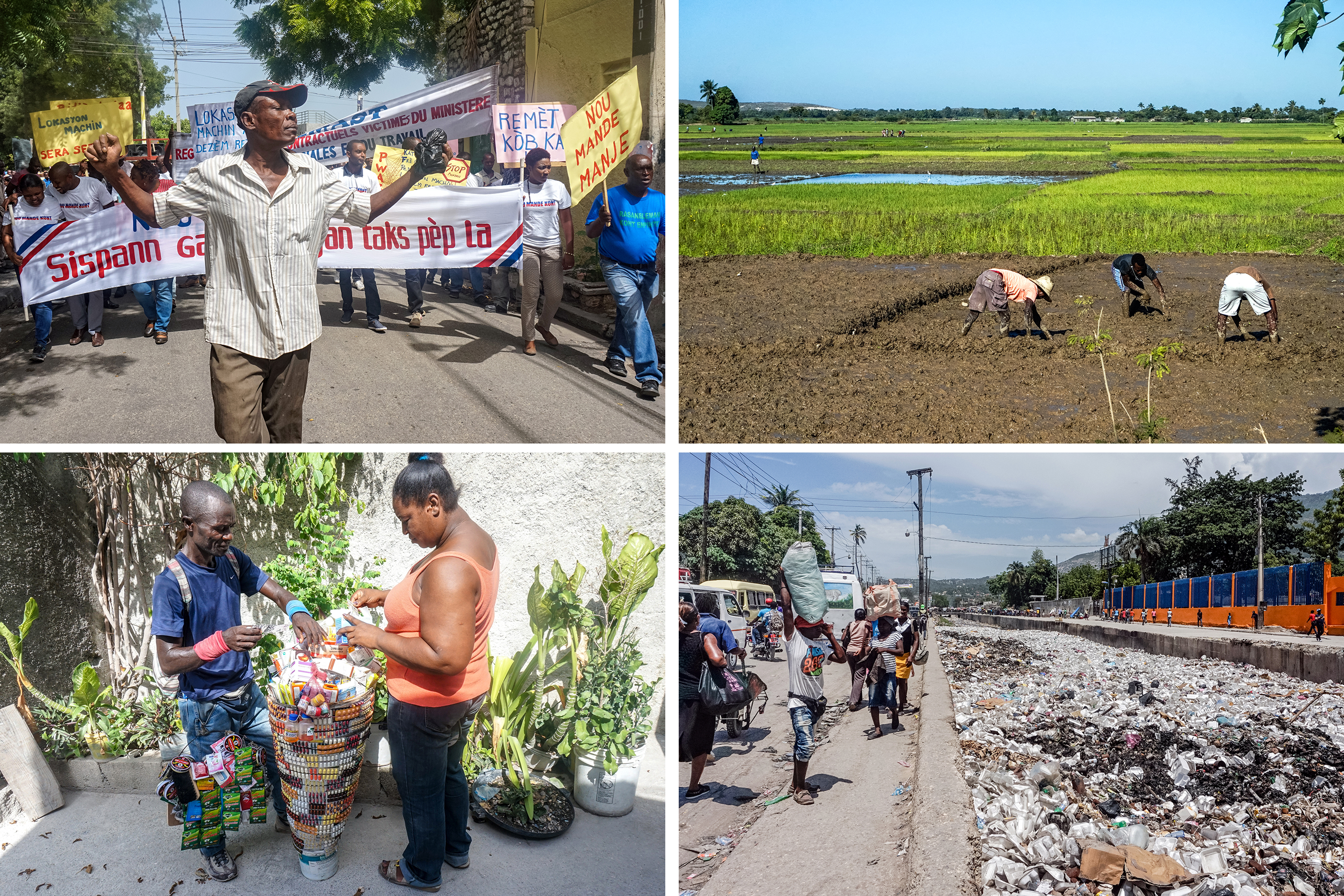 PORT-AU-PRINCE, HAITI — Violent protests have continued in this capital city for about 20 days, but Fritz Noël, an activist, says he won’t stop demanding that the government be overhauled.

Noël’s push for change was spurred on after his nephew, Peterson Noe, was shot and killed in the protests on Feb. 13. (There are no confirmed reports on the total number of people who have died since protests began, but some news outlets have reported that the number is as high as seven.)

“Justice will be done against those responsible for his death,” Noël says. “We’re going to bring action against the Haitian government.”

Noël’s passion in the face of personal tragedy is just one indication of how deeply angry many Haitians are with their government. The price of basic necessities is way too high, they say, and the few powerful people who run the country care little for the many people who are deeply impoverished.

Fifty-nine percent of all Haitians live below the national poverty line, which is set at an income of $2.41 per day. Twenty-four percent live below the extreme poverty line of $1.23 in income per day, according to the World Bank.

“We’re fed up with this situation and will never tire of continuing the battle until the government resigns,” Noël warns. 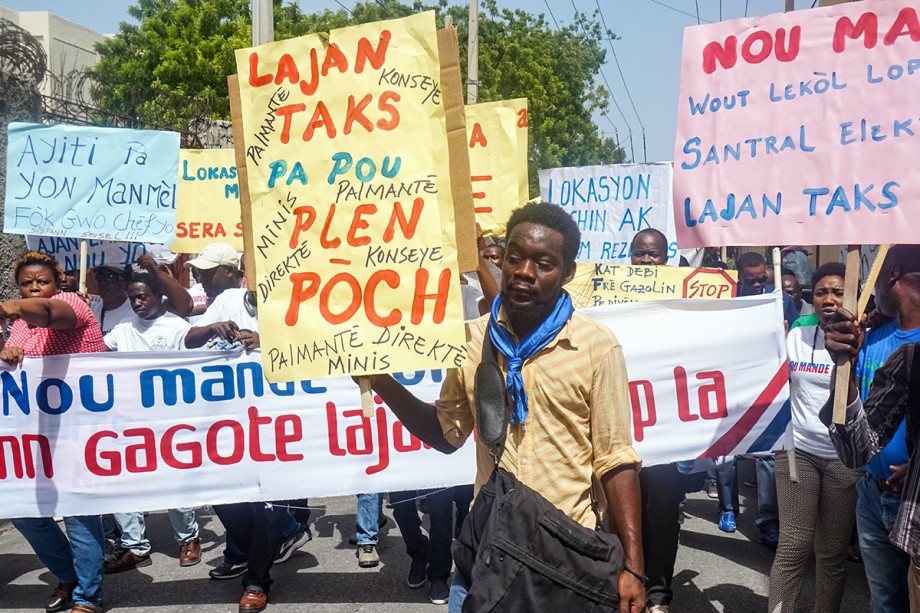 Protests have happened here before, but this most recent round began on Feb. 7 – a symbolic date because it marked the 33rd anniversary of the day Haitians pushed repressive leader Jean-Claude “Baby Doc” Duvalier into exile.

The root of the current protests, too, is many years old. In 2006, Haiti signed an agreement known as PetroCaribe with Venezuela, allowing them to buy oil from their neighbor across the Caribbean Sea at 60 percent of the full price and defer the rest of the payments for 25 years at a 1 percent interest rate. Haiti’s oil supply, once controlled by the private sector, fell under government control. The money that was to be made from the deal was earmarked for a host of infrastructure, education and healthcare projects.

But nothing has changed, Haitians say. Instead of passing on savings to the Haitian people in the form of better roads, schools and hospitals, powerful people have pilfered huge amounts of money, according to a bombshell report released in late 2017 by a Haitian senate commission.

It’s estimated that more than a dozen people have embezzled at least $2 billion since the PetroCaribe deal was signed.

Protests have become common in Haiti, especially after the report was released. In 2018, protests over fuel prices ultimately took down Haiti’s prime minister.

The extreme ire Haitians expressed in this most recent public display has reached a new level. Movement around the city became dangerous as huge crowds of people loudly demanded a government overhaul.

A small group of people is holding the whole country hostage, Moïse says. Young people can’t find jobs, farmers don’t have the resources they need to be productive and people lack access to healthcare, he says.

“We need a society where the government is capable of serving the needs of the Haitian people,” he says.

Inedette Prédelus, a businesswoman and mother, says the protests have made it impossible for her to earn money.

“The money I’ve invested in my business is a bank loan I’ve to pay back,” she says. “The protests have made it impossible for me to meet my obligations towards the bank.”

Prédelus adds that her oldest son is in his last year of secondary school, but classes have been cancelled. It’s a grim irony, since one of the protestor’s key demands is that the government ensure basic education.

Jacqueline Datilus says she hunkered down at home during the worst of the protests, but still wound up spending all the money she had just to get by.

The government does nothing to help ordinary Haitians, she says, adding that she can barely afford to feed her children and grandchildren.

“There’s no food, no clean water, no electricity – nothing,” she says. “And yet, they had promised to do everything for us. Now, our fate is in the hands of the Almighty God.”