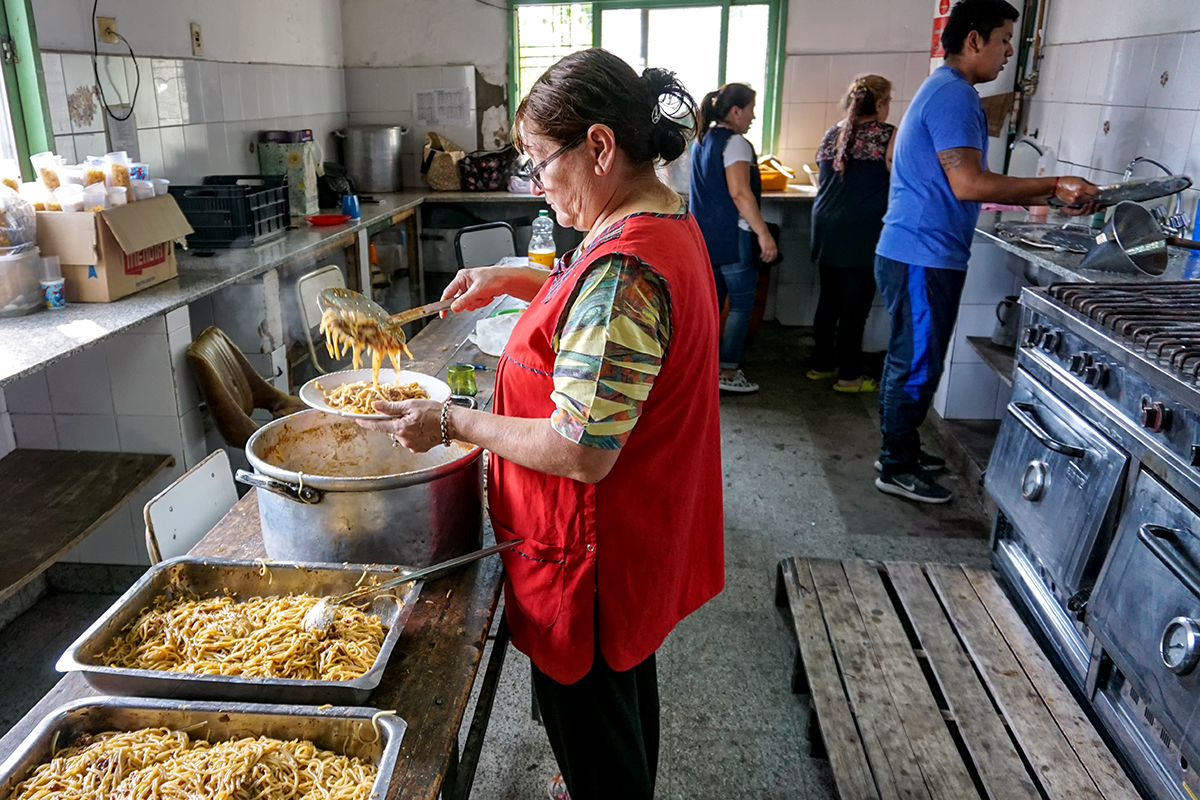 BUENOS AIRES, ARGENTINA – Melani Alí picks at a sparse plate of noodles and ground-beef sauce in her school cafeteria. She’s lucky to have a warm meal, she says. Three hours ago, the school cook was scrambling to prepare lunch for 130 students with barely enough ingredients to feed 78 people: two slabs of meat, a couple packs of noodles and some vegetables.

“They bring very little food for everyone. There is never enough,” says Alí, an 18-year-old student at Escuela Secundaria Básica No. 74, a government school in the Buenos Aires province. “The other day, four tables were left without food.”

In 2017, the provincial government increased spending on food services at public schools. Despite the change, local organizations say meal servings are insufficient in schools across Buenos Aires province, the country’s most populous province.

School attendance rates are growing in Argentina, and approximately 10 percent of the population of Buenos Aires province eats in school cafeterias, says Santiago López Medrano, minister of social development in the province. Many of those eating at government-owned school cafeterias are young children from low-income backgrounds where food supply is limited, López Medrano adds. 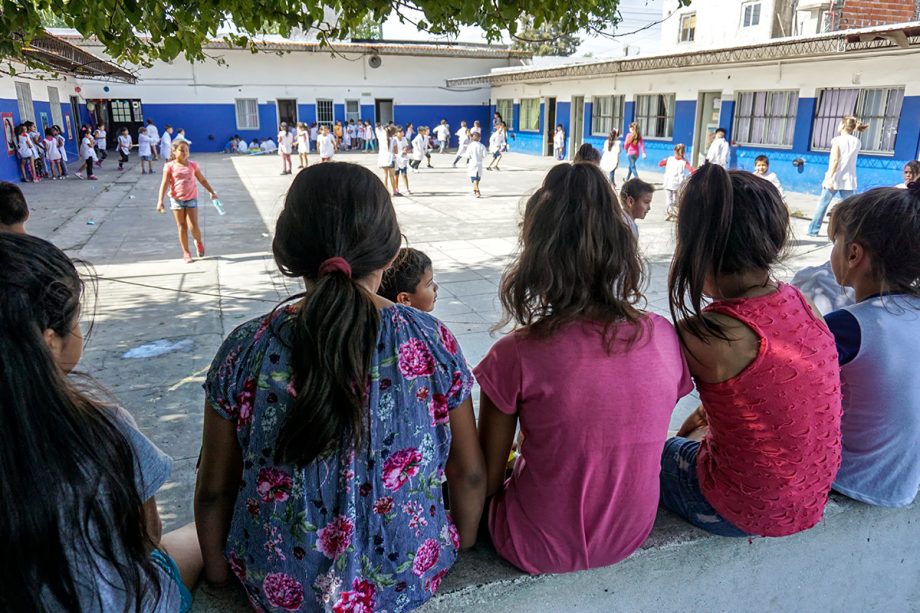 Students at Escuela Primaria 84, a government school, play while they wait to have lunch.

In May of last year, the provincial government announced a 30-percent increase in spending per plate for public-school meals. Officials say the investment will improve student nutrition.

Almazán says school staff members often have to reduce meal portions to feed the growing pupil population. Some argue that these smaller portions counteract the benefits of the provincial government’s spending increase.

“With the decrease of quotas and portions, the provincial government tries to force the teachers to decide who eats and who doesn’t,” Almazán says. “This generates a lot of anguish, even more when we know that in some neighborhoods, the meal from the cafeteria is the most important or the only one in the day.”

“They don’t tell us anything, but we notice,” Alí says of those feeding the students. María Susana Ventura, secretary at the school, says staff members have been purchasing bags of rice and noodles for nearly two years. 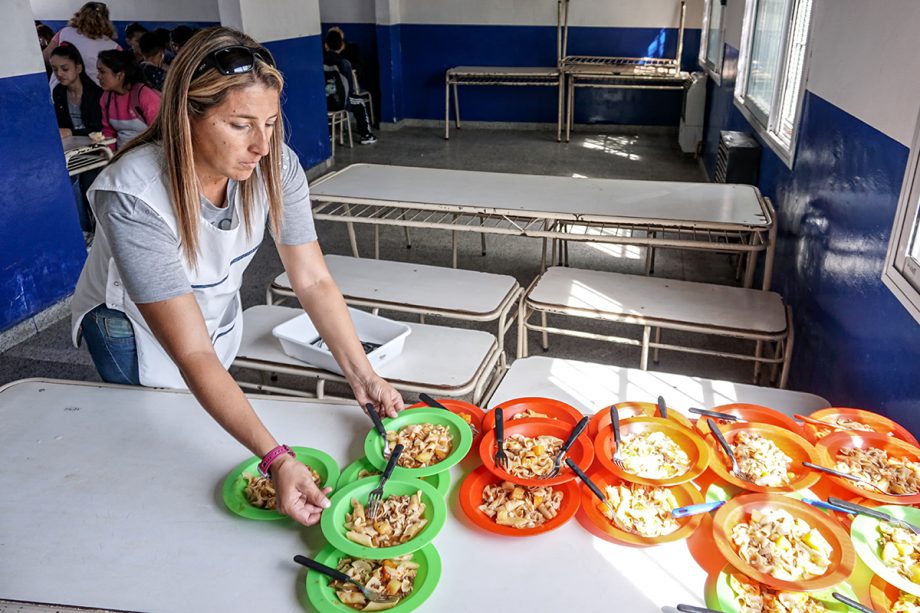 A teacher at Escuela Secundaria Básica No. 74, a government school in the Buenos Aires province, works to quickly distribute small plates of food to secondary-school students.

Others blame the decrease in education funding. While the World Bank and other development institutions have described Argentina’s education sector as well-funded, cutbacks have occurred in recent years. In 2015, education expenditures accounted for 27.8 percent of the overall provincial budget, but in 2018, spending fell to 26 percent, says Gastón Ghioni, coordinator of Instituto para el Desarrollo Económico y Social de Buenos Aires – Stella Maldonado (IDESBA), a local nonprofit.

López Medrano says budget cuts are not the reason for smaller meal portions. Funds are not properly managed among institutions, he explains. The government is making an effort to better regulate this process with audits.

“An internal re-evaluation of the quotas has to be done,” he says.