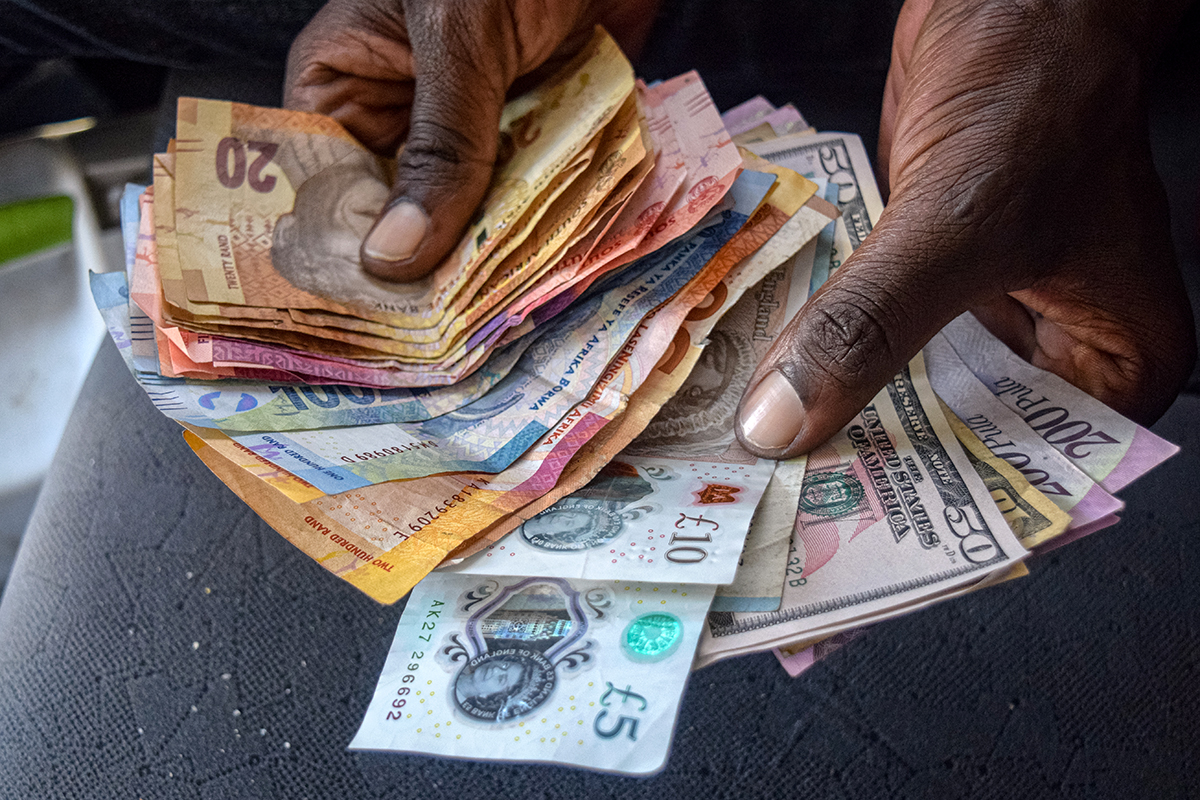 For most of Mubwandarika’s 35-year teaching career, the salary was good – enough to cover all the basic expenses, and more.

“I didn’t even look at the price tag when buying,” he says.

But as Zimbabwe’s economy sputters and the government adapts its currency model to try and revive it, Mubwandarika says he now struggles to meet his family’s basic needs. 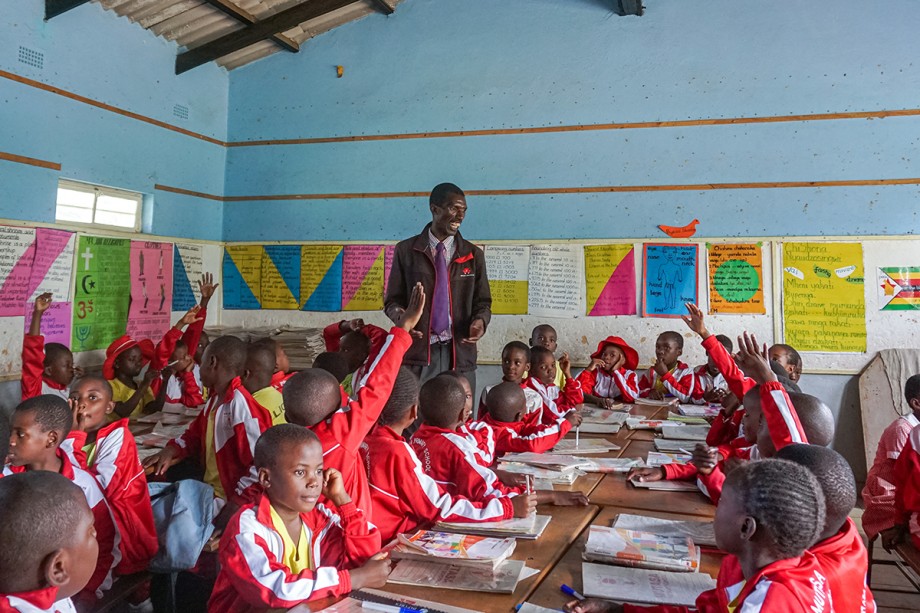 Charles Mubwandarika teaches in a school in Harare, Zimbabwe. His salary was once enough to cover his basic expenses and more, he says, but that hasn’t been the case since the government denominated his pay from U.S. dollars into RTGS dollars, a Zimbabwean pseudo-currency.

In response to a Reserve Bank of Zimbabwe policy enacted in October 2018, banks converted all money in customer accounts to RTGS units. Until then, U.S. dollars were the most commonly used form of currency. RTGS is a common term in international banking that stands for real-time gross settlement. But in Zimbabwe, it’s now the name of a pseudo-currency that effectively functions as a new Zimbabwean dollar.

An RTGS unit, locally known as a dollar, trades at roughly 5.07 to 7.1 to the U.S. dollar. But when the government denominated electronic banking transactions into RTGS, the numbers stayed the same, even though the value did not. One RTGS dollar was deemed equivalent to one U.S. dollar. Yet, salaries haven’t increased, and ordinary Zimbabweans are left to make do with incomes that are a fraction of what they earned before the abrupt October 2018 change.

And the RTGS dollars only exist electronically. As physical currency, they can be withdrawn in the form of bond notes, which have yet another rate of exchange with the U.S. dollar.

Global Press Journal reporters covered the story and noted the change’s immediate and devastating impact. Many Zimbabweans were confused by the change, and some panicked when they realized that their bank balances had been seriously devalued.

Now, months later, no one can ignore the fact that a huge portion of the money they might have saved is gone, and that any payment made electronically is worth a fraction of what it should be.

Global Press Journal reporters sought an interview with the governor of the Reserve Bank of Zimbabwe, but did not receive a response.

Mubwandarika says he takes home just 200 RTGS dollars. The value of RTGS currency changes constantly, but in mid-May, that was valued at $40. Before October, Mubwandarika took home $200 in U.S. dollars.

“I have been borrowing to survive and I cannot borrow anymore,” he says. “The situation is really bad for most civil servants and the bulk of people living in Zimbabwe.”

Raymond Majongwe, the secretary general for the Progressive Teachers Union of Zimbabwe, says the government has abandoned civil servants by not ensuring they are paid at a level that matches the U.S. dollars agreed upon in their contracts.

“The government is not taking care of its employees,” he says.

Inflation has pushed prices of basic goods way up, far beyond what they cost even before the government’s switch to RTGS currency.

By spring of this year, the basket filled with basic goods meant to indicate the monthly needs of an average family cost 781 RTGS dollars (about $95), Rosemary Siyachitema, executive director of the Consumer Council of Zimbabwe, told GPJ.

Many families can’t afford the basics, she says. Even retailers are forced to exchange RTGS dollars for foreign currency on the black market to stock their shelves.

Prices have gone up gradually in recent years, Siyachitema says, but there was a serious spike in 2017 during a spate of extreme inflation, then again in October with the shift to RTGS dollars. Even with those price hikes, she says, salaries haven’t increased.

Savings accounts have taken a serious hit. Denford Mutashu, president of the Confederation of Zimbabwe Retailers, said in a written statement to Global Press Journal that pensions were all but wiped out with the shift to RTGS dollars. Now, with little disposable income and paltry savings at best, he wrote, many Zimbabweans can’t afford to meet their own day-to-day needs.

Mubwandarika, the schoolteacher, says the situation for ordinary Zimbabweans is desperate. That’s made worse, he says, in light of Zimbabwe’s potential.

“Our county is rich in resources,” he says. “If those could be channelled towards making our lives better, that would be helpful.”