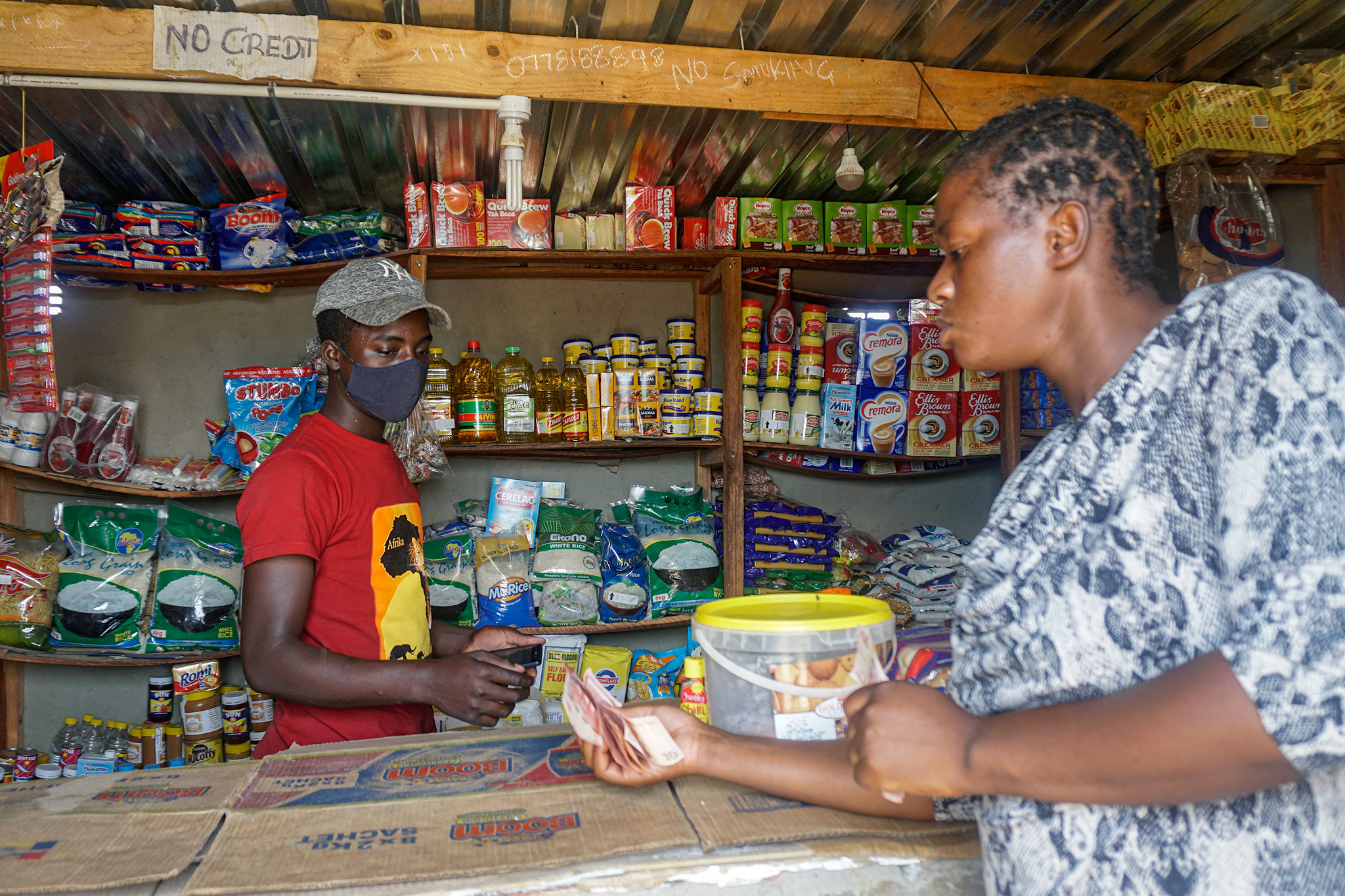 HARARE, ZIMBABWE — Foreign currency traders, vegetable vendors and other informal workers throng a shopping center in a high-density suburb of Harare, the capital, one recent afternoon. Some shoppers and traders wear masks. Many don’t.

One informal trader, Progress Gwenzi, roasts maize to sell at his smoky stall. Like those around him, he keeps working amid Zimbabwe’s second national lockdown caused by the coronavirus pandemic.

He occasionally runs from police, but usually he pays a bribe of $1 to $3 to operate.

“That’s how we get to do business,” Gwenzi says. “If you don’t pay, you get arrested and your stuff is confiscated. As for the pandemic, I know it’s there, but I still need to survive.”

Many informal laborers — who make up most of Zimbabwe’s workforce — ignored the government’s latest orders, issued in January and only partially lifted in early March. With the help of police, they refused to cooperate, even as officials remained keenly worried about a highly infectious variant of the virus that causes COVID-19. 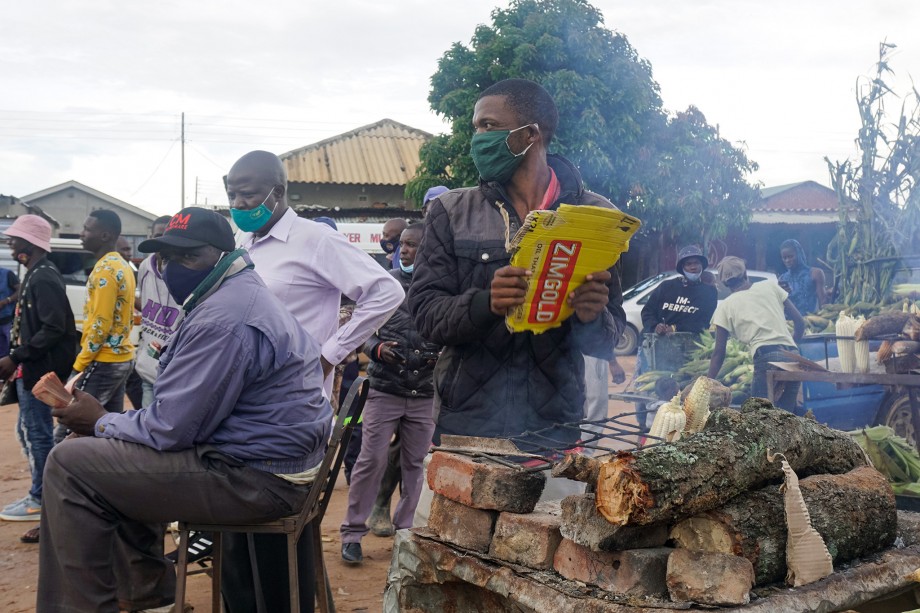 Then, after a new strain of coronavirus rippled through South Africa and reached its neighbors, Zimbabwe’s daily death rate jumped from single digits in late 2020 to nearly 30 per day in January.

A 2019 survey by the Zimbabwe National Statistics Agency indicated that 76% of the population survives through the informal sector, which includes produce vendors, cross-border traders, small-grocery shop owners, carpenters, welders, construction workers and many more.

The lockdown represented “a financial crisis” for such workers, concluded a survey by Afrobarometer, an independent public opinion organization.

Between 1991 and 2015, informal workers contributed an average of 61% of Zimbabwe’s gross domestic product, making it one of the largest informal economies in the world, according to research prepared for the United Kingdom’s Department of International Development.

“As for the pandemic, I know it’s there, but I still need to survive.” Progress Gwenzi

Samuel Wadzai, director of the local advocacy group Vendors Initiative for Socio-Economic Transformation, expected the government to allow informal workers who provide basic goods and services to operate during the latest lockdown.

But Melusi Matshiya, permanent secretary in the Ministry of Women Affairs, Community, Small and Medium Enterprises Development, says essential businesses include those that are registered and those regarded as important for economic growth. He says many informal traders, such as vendors, don’t fit that criteria.

During the lockdown, the government hoped to give grants to informal workers, but officials didn’t see a “clear path” for how to do so, says Emma Ncube, chairperson of the Parliamentary Portfolio Committee on Public Service, Labour and Social Welfare.

Quiet and laid-back, Tendai Howera closed his grocery store in Harare’s Southlea Park area during the first lockdown, surviving on savings. This time, he stayed open.

“Every day the police come here, and I pay $5 for them to turn a blind eye and I continue with my business,” Howera says. “I cannot starve to death because of the pandemic.”

Howera sells cooking oil, flour, soap, beans and other basics. He wears a mask in the shop, but doesn’t use gloves or sanitizer.

On March 1, the Zimbabwe government announced a partial lifting of the lockdown. Schools remain closed, as do bars, gyms and nightclubs, but the government loosened directives around travel and most economic activities — including informal trading. 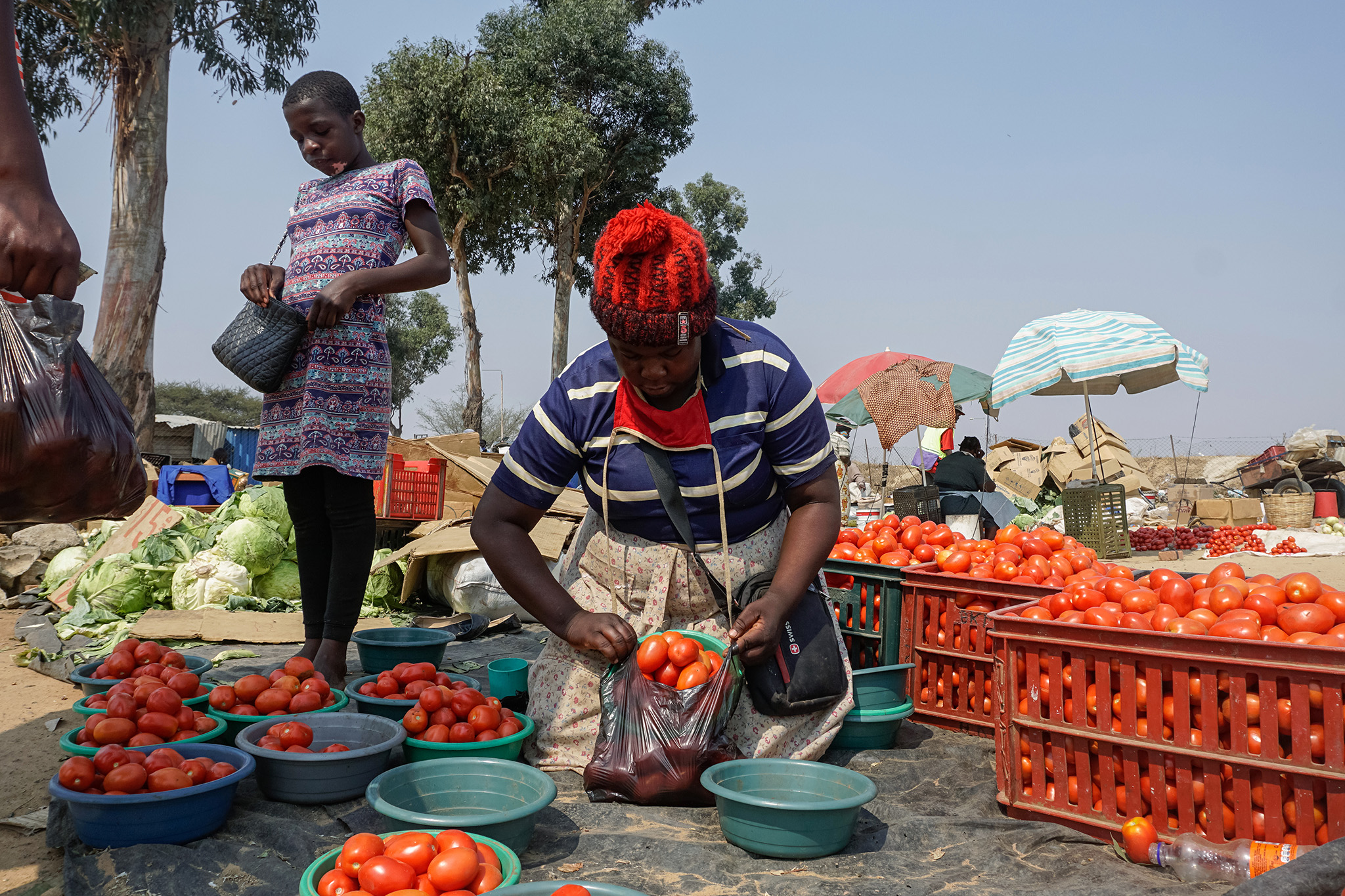 Businesses must abide by World Health Organization guidelines, including physical distancing, temperature checks and the use of face masks and hand sanitizer.

Howera is pleased that he no longer has to dodge the police, but he refuses to perform temperature checks or make hand sanitizer available.

Like Howera, Steven Gurupira also shut down his small shop during last year’s lockdown — but not this time.

Gurupira, married with two children, kept open only one of the two doors to his shop. That way, it was easier for him to dash when police showed up, he says.

Sometimes he was unlucky. “At times I get caught and I have to pay bribes to continue operating,” he says.

Gurupira, too, is relieved by the government’s relaxing of coronavirus restrictions, but he refuses to celebrate yet. He worries that another lockdown may loom.

“I am concerned that this opening of informal businesses is going to be short-lived, like what happened in the past,” Gurupira says. “Allowing everyone to roam around is going to result in a spike of cases and another closure of our businesses.”