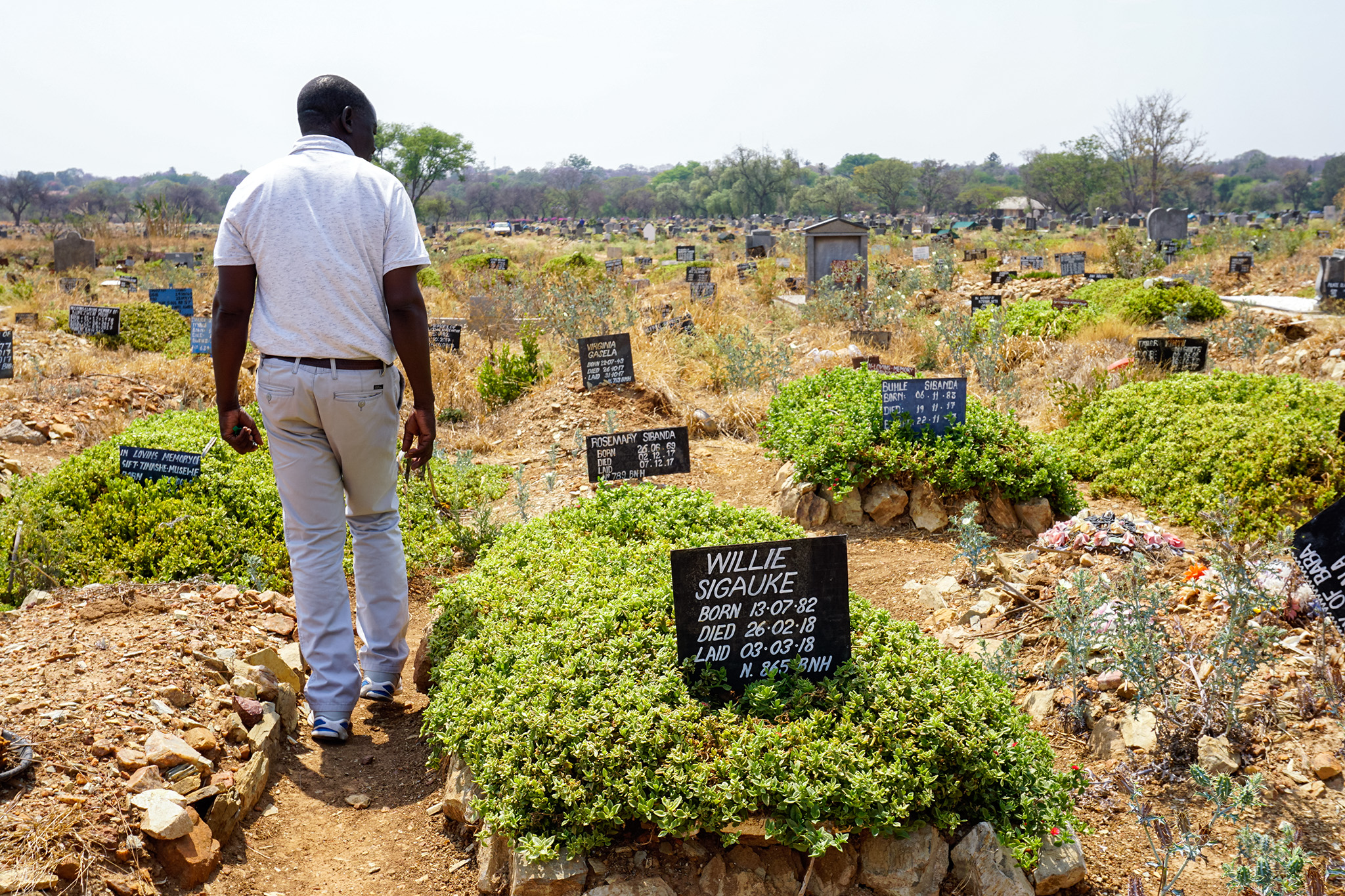 BULAWAYO, ZIMBABWE — The atmosphere is somber below the blooming, purple jacaranda trees where Nkululeko Ndlovu’s family lays him to rest.

The 34-year-old died unexpectedly in a bus accident, but that is not the only reason for the family’s grief. According to their beliefs, and those shared by most Zimbabweans, he is being buried in the wrong place.

“Our rural home is in Manama, and my brother is supposed to be buried there, at the family cemetery, beside our parents,” says his sister, Marylin Ndlovu. “But that will not be possible, as it is now expensive to travel that distance.”

Traditional custom for many Zimbabwean families dictates that they bury their loved ones on family homesteads, sometimes far from the cities where the deceased lived. But rising fuel costs have put this out of reach for many, forcing them to use urban cemeteries instead. Now, Bulawayo, Zimbabwe’s second largest city, is running out of burial space.

Ndlovu says her brother did not have a funeral policy at the time of his death, which could have paid for some of the burial expenses, such as transportation for his remains. She and other relatives were able to contribute money for his burial, but they could only afford to bury him in the city.

Steep funeral costs can include mortuary charges, the cost of the coffin and transport. Thanks to inflation and an increase in fuel prices, the average price of a funeral has tripled in the past six months and can reach as much as 7,500 ZWL ($450). Many families, like Ndlovu’s, must alter their burial plans.

A grave in the city can cost as little as 80 ZWL ($5), according to the Bulawayo City Council, less than the cost of transporting a body back to a rural area.

This has fueled demand for city gravesites and led to a shortage of burial space. The Bulawayo City Council has responded by encouraging residents to consider cremation or double interments for married couples. Bulawayo has about 332 acres of land reserved for burial space, but officials don’t know how many bodies already occupy that space.

Burials have placed demand on city-owned land, which the government also needs to build housing. The city has a housing waitlist of about 115,000 applicants, according to local authorities.

Bulawayo’s encouragement of cremation also has hit stumbling blocks; the practice is unpopular among most Africans. Only one private crematorium operates in the city, which serves mostly non-African clients. Just 11 people were cremated at the Bulawayo crematorium in September, according to the monthly City of Bulawayo report, compared to 542 burials.

“Cremation is not an African tradition,” says Robert Mpofu, an herbalist in Gwabalanda, a high-density suburb. “Traditional rituals cannot be done when the body has been burnt to ashes.”

The gravesite for a deceased family member is important for rites and observances in many indigenous African cultures, even after the funeral and burial. Many believe they must bring the deceased’s spirit home so it can watch over the remaining family on earth.

“Traditionally and culturally, most families prefer to bury their loved ones in the rural areas, where some have family cemeteries,” says Pathisa Nyathi, an expert in local African tradition and culture. “This makes it easy for any traditional burial rituals to be done, as the family spirits all lie in the same place.”

Other rituals are intended to ensure that the dead can rest in peace and will not trouble the surviving family. All these traditions rely on the belief that the deceased is still present in the lives of their family members, making the burial all the more important – and the inability to do it appropriately all the more painful.

Christopher Mlambo, a cross-border trader, spent about 8,000 South African rand ($566) to bring his cousin’s body to Zimbabwe for burial. He didn’t hesitate.

“I had to do all I can,” he says. “I cannot allow my cousin’s spirit to roam in a foreign land.”

Editor’s note: Nesisa Mpofu and Robert Mpofu are not related.