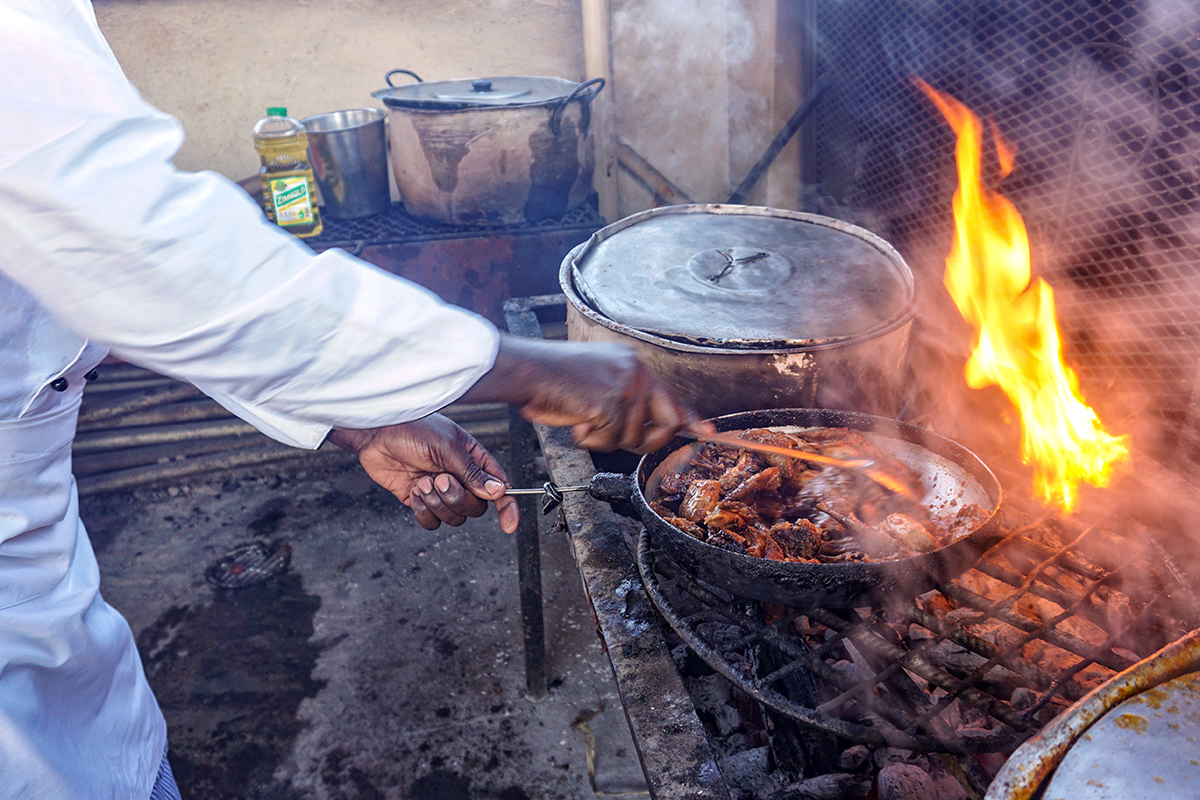 HARARE, ZIMBABWE – A savory aroma fills the kitchen at Gava’s restaurant. Head chef Brian Machipisa adds fresh yellow peppers, tomatoes and cucumbers to a plate filled with tender, golden-brown pieces of meat. At his restaurant in Harare, Zimbabwe’s capital, Machipisa offers diners farm-to-table cooking. The dish that he’s prepared is a best-seller, he says, and the key ingredient is rabbit meat.

“We have three different ways of serving the rabbit. It can be prepared as stew, barbecue or with peanut-butter sauce,” he says as he puts the finishing touches on an order of rabbit stew.

Thanks to the growing demand for the meat among Harare’s foodies and restaurateurs, rabbit farmers say their businesses are booming. In rural Zimbabwe, rabbits are game animals. In the capital, though, the meat is known and loved for its health benefits, taste, texture and versatility.

Larger livestock are still highly valued and widely consumed in Zimbabwe, but the country’s long-suffering economy has made it difficult for people across the country to purchase and raise cattle. One cow costs $250 or more, depending on its weight and where it is bought. It’s also expensive to raise a cow. While Zimbabwe has lost thousands of cows in recent years, many people have not given up beef. 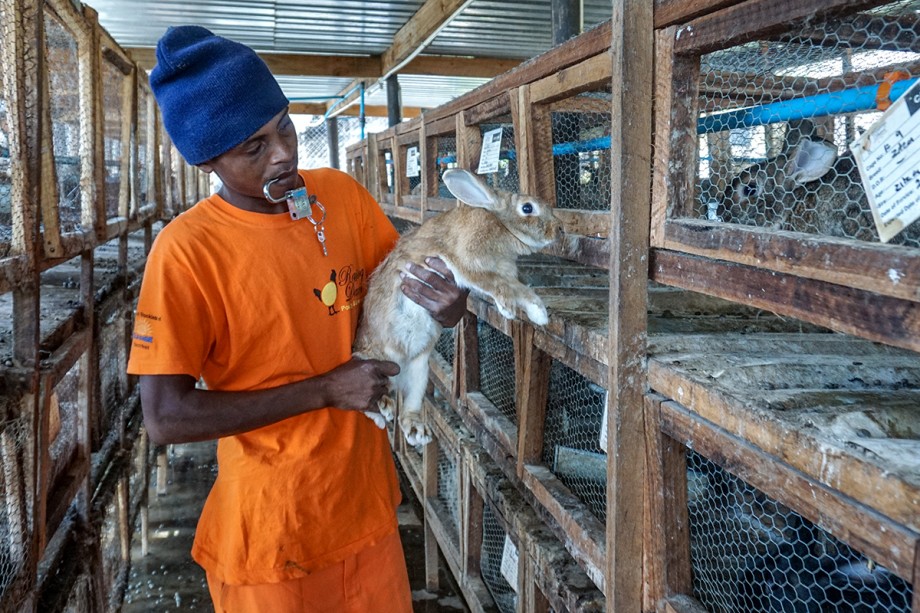 Samson Mashonganyika helps Tafadzwa Million at his rabbit farm in Domboshava, a village north of Harare, Zimbabwe’s capital. The farm has been open since 2014.

Smaller livestock, such as rabbits, are much cheaper and quicker to raise – and they sell quickly too, says Tafadzwa Million, who lives in the village of Domboshava. Since 2014, Million and Mind Chibanda have been rearing rabbits, including the Angora and Californian breeds. The pair currently own about 2,700 rabbits and sell up to 300 a month. The cost of raising 50 to 100 rabbits is $50, Million says, and the animals give birth after just 31 days of pregnancy.

The rabbits are bred and sold in different stages: A baby rabbit, or kit, goes for $4 on the market; a rabbit ready for mating is $20; and a rabbit between these two stages costs $12, Million says. Any one of these is suitable for consumption.

The coveted source of protein is low in cholesterol and fats, compared to other types of meat.

“The rabbit market is growing, because people are moving away from eating meat like broiler chickens, which are high in fat,” says Million, who hopes to increase the number of rabbits he owns to 10,000. 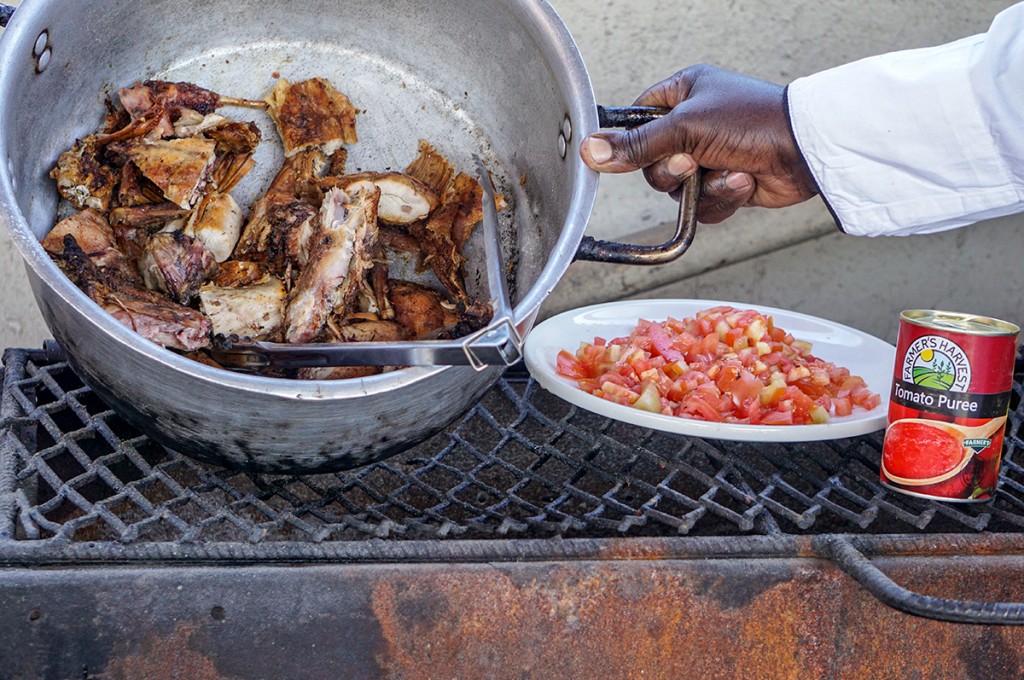 Chopped tomatoes and tomato puree are some of the ingredients that Brian Machipisa uses in his stew. 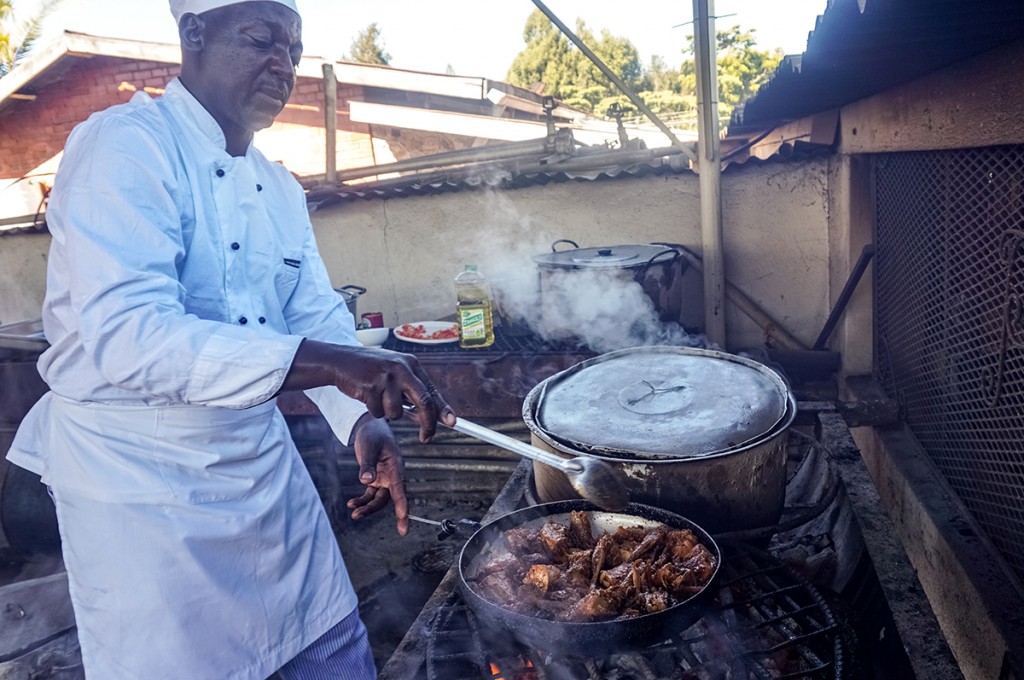 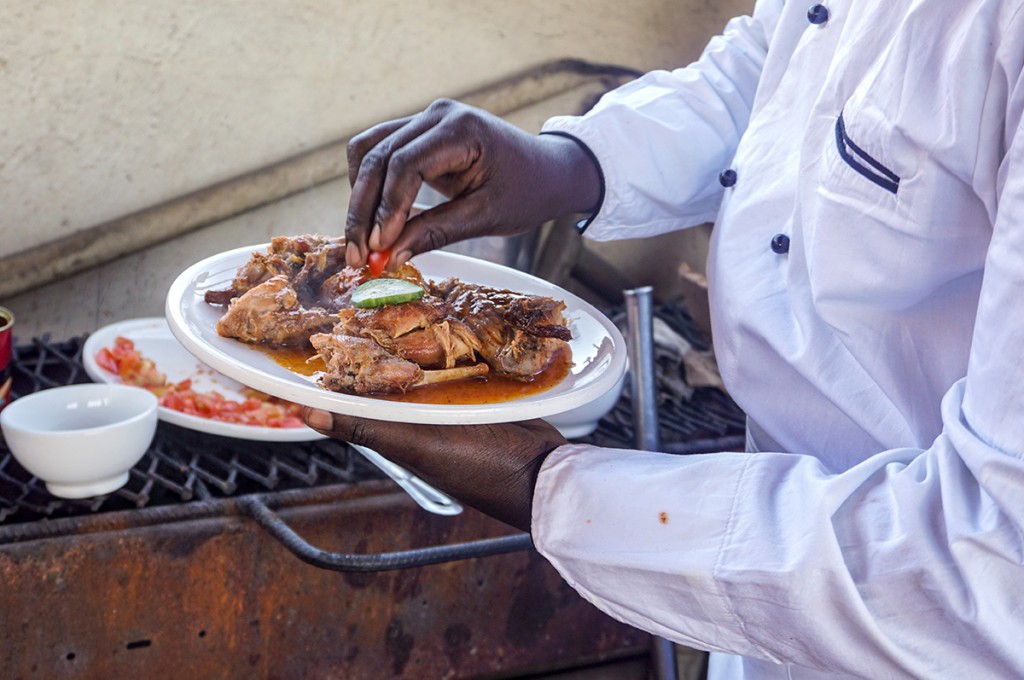 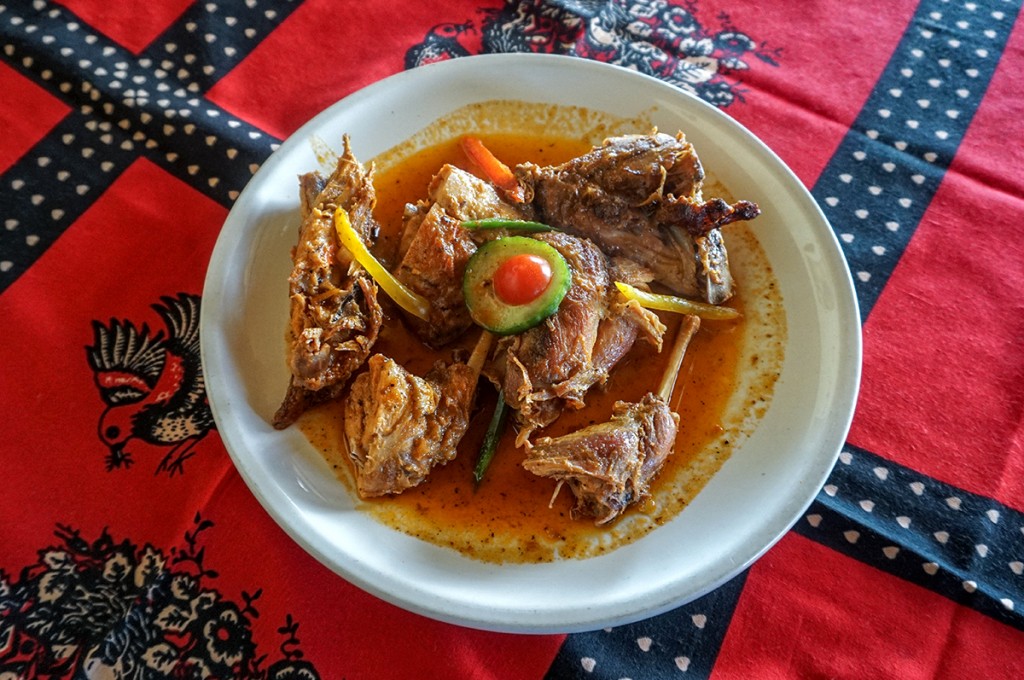 The rabbit stew served at Gava’s is a favorite among regulars, who say the meat is tender and healthy.

Sabina Machera recently found out about the health benefits of the meat, even though she has been eating rabbit since she was a child.

While growing up in a rural area, Machera says, her brothers brought the meat home after hunting with their dogs.

“When I was young, I did not know that there were health benefits associated with the meat,” she says. But now Machera purchases and prepares rabbit meat regularly. “I am diabetic, and some of my friends told me that adding rabbit meat to my diet can be helpful, because it has low cholesterol and low fat, which is good for my health.”

At Gava’s, many tourists are trying the meat for the first time, while some locals have been eating it for a while.

“Most people who are elderly last ate rabbit meat when they were young and still living in the village,” Machipisa explains. “These people now come to our restaurants to buy the meat which they used to eat before.”

Machipisa says a meal with rabbit meat costs $6 and is usually served with sadza, a Zimbabwean staple food made of maize. First, Machipisa dries the meat before placing it on a fire to cook, to prevent it from becoming too soft. Machipisa takes about 45 minutes to prepare each of the rabbit dishes on the menu.