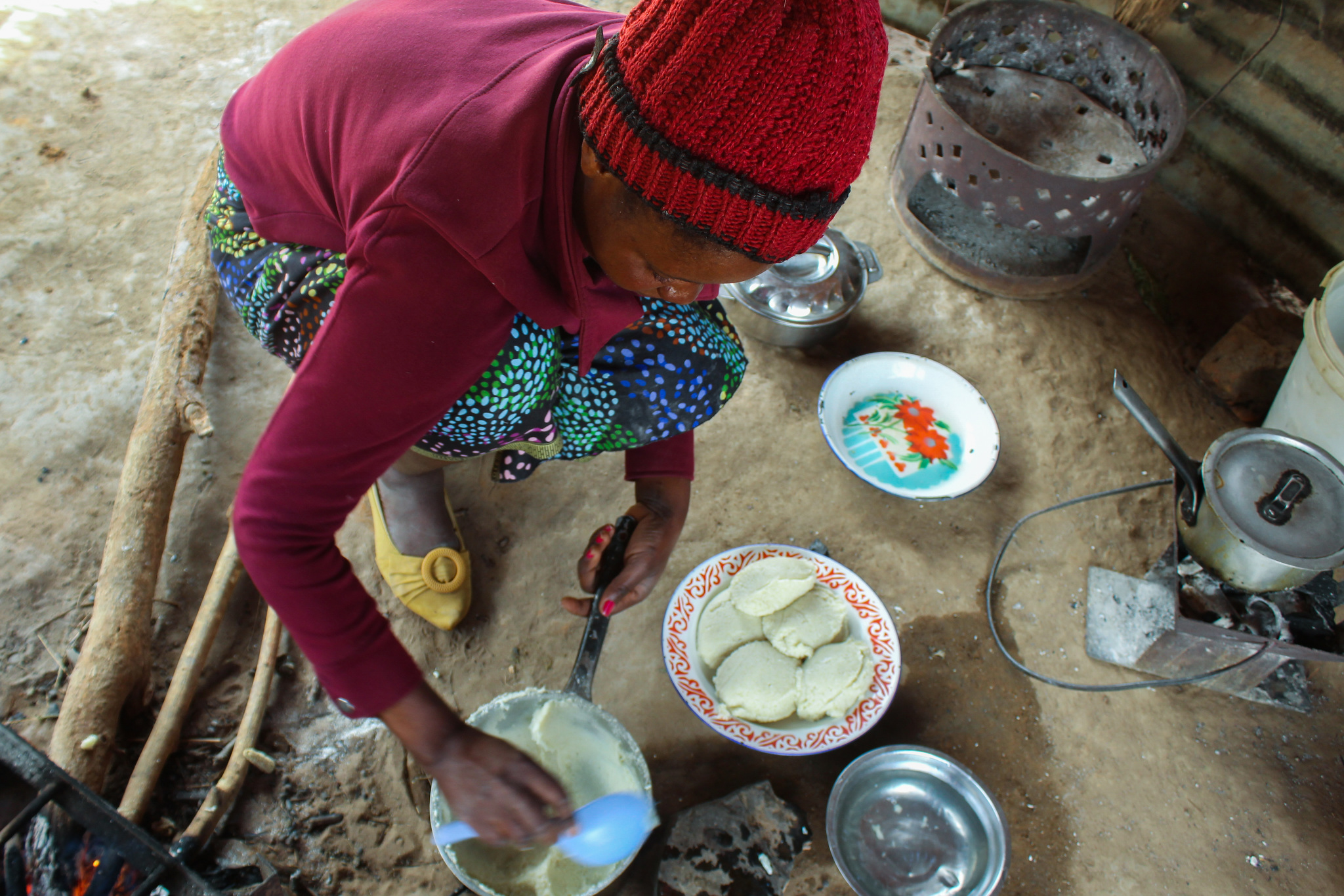 RUFUNSA, ZAMBIA — Mary Phiri walks frailly, occasionally wiping the morning dew from her arms as she searches for food in her maize field. She stops to inspect stalks of maize on her small farm in Rufunsa, a rural district about 160 kilometers (100 miles) east of the capital, Lusaka.

“The crops have failed us,” she says.

Some of her stalks of maize are withering because of drought, and those that aren’t have been infested by army worms. After a long search, she finds some not-so-healthy pumpkins and ears of maize. She wraps them in her chitenge, a colorful cloth that Zambian women often wear around their waists, and slowly walks back to her house, a small mud hut with a grass-thatched roof. She lies down on a reed mat to rest and asks her 16-year-old daughter to start a fire outside the hut. This would be their only meal of the day before Phiri, a widow who has been living with HIV since 2014, can take her antiretroviral drugs.

Economic hardship caused by the coronavirus pandemic, combined with poor food harvests due to erratic rainfall and outbreaks of army worms, means many  Zambians living with HIV no longer have adequate nutrition. This has made taking medicine more painful and left them vulnerable to opportunistic infections.

Although Zambians living with HIV get free antiretroviral drugs from government health centers, proper food intake has remained a big challenge, says Felix Mwanza, the director at Treatment Advocacy and Literacy Campaign, a civil society organization that advocates for people living with HIV/AIDS. “We are seeing a lot of people stop taking antiretroviral drugs because of lack of food,” Mwanza says. “They fear the adverse effects that the drugs may have on their bodies once taken without food.” 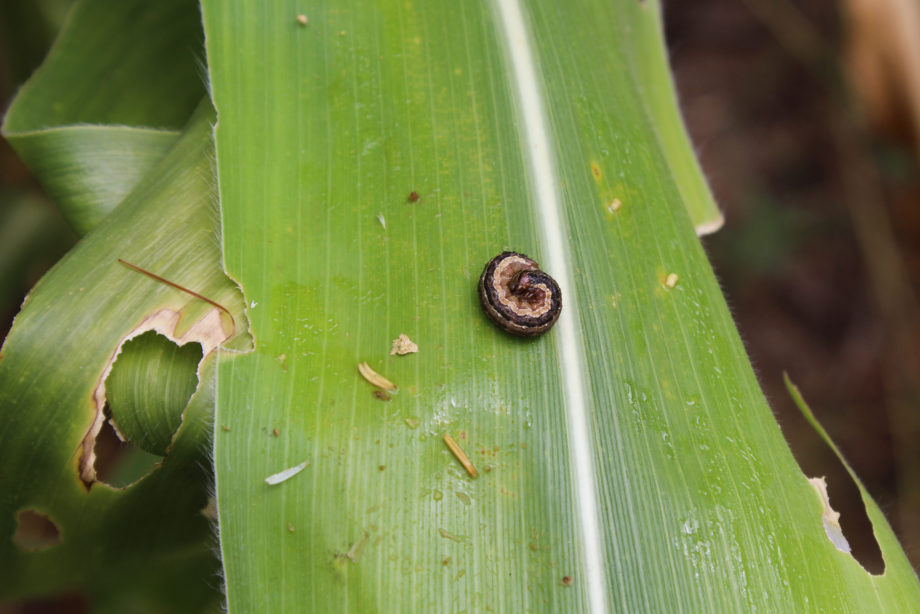 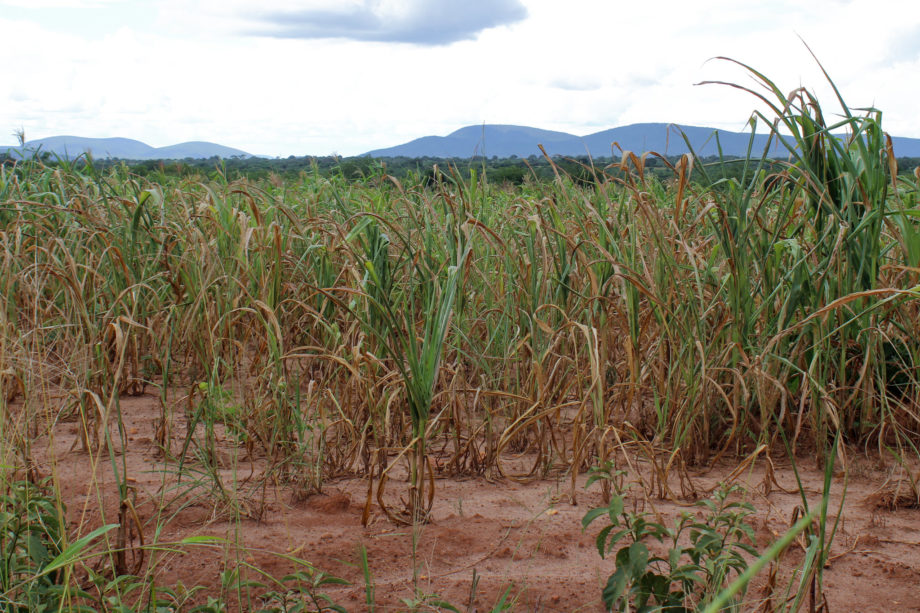 Mary Phiri’s maize field in Rufunsa is infested with fall army worms and dried up due to drought. Phiri, who takes antiretroviral drugs to control HIV, says the poor harvest has led to her skipping meals, further damaging her health.

Antiretroviral drugs don’t have to be taken with food, but the medicine can leave some patients hungrier and wanting to eat more often, says Corrine Zulu, a pharmacist based in Lusaka. Numerous studies also have shown that lack of a nutritional diet can reduce adherence to antiretroviral drug therapies, according to research published in the journal Health Care Women International.

It could get worse. Climate change and inconsistent weather in Zambia continue to cause extreme events like floods and drought, which have led to crop failures, according to a country report published in 2021 by the International Federation of Red Cross and Red Crescent Societies.

Nutritionist Tsitsi Kapandamake says lack of adequate food makes people living with HIV prone to complications. That’s because taking drugs on poor nutrition can exacerbate side effects and make a person more susceptible to other infections, further damaging the body. “It is advised that people living with compromised immune systems have a diverse diet and eat sufficient amounts of food frequently to help them fight infections,” she says.

Zambia has one of the highest rates of HIV infection in Africa, with about 1.5 million people living with the virus. In 2020, the country recorded an estimated 69,000 new HIV infections, according to the Joint United Nations Programme on HIV/AIDS. Zambia adopted the World Health Organization guidelines that recommend treatment for anyone who tests positive for HIV, regardless of whether they show symptoms of illness. Just over 80% of Zambians living with HIV are on antiretroviral drugs.

Zambia has one of the highest rates of HIV infection in Africa, with about 1.5 million people living with the virus.

A study of antiretroviral therapy in rural Zambia, which was published in 2012 in the journal Annals of Clinical Microbiology and Antimicrobials, found that at least 13% of HIV-positive people failed to adhere to antiretroviral drugs due to food insufficiency. And according to research published in 2017 in the African Journal of AIDS Research, 74% of HIV-positive people surveyed said they experienced severe hunger.

Chrispin Makungu, a trader of secondhand clothes in Lusaka, says two years ago he lost his 39-year-old sister, who quit taking antiretroviral drugs because they were causing adverse side effects due to lack of food.

“She was struggling financially and could not afford proper meals,” Makungu says. “The drugs made her really sick. She stopped taking them and got better, but later got even sicker and died.”

Doreen Mwamba, minister of community development and social services, says the government is trying to identify families that can’t afford food and helping them with cash allowances. “We are working hard to ensure every Zambian manages to eat properly,” Mwamba says. 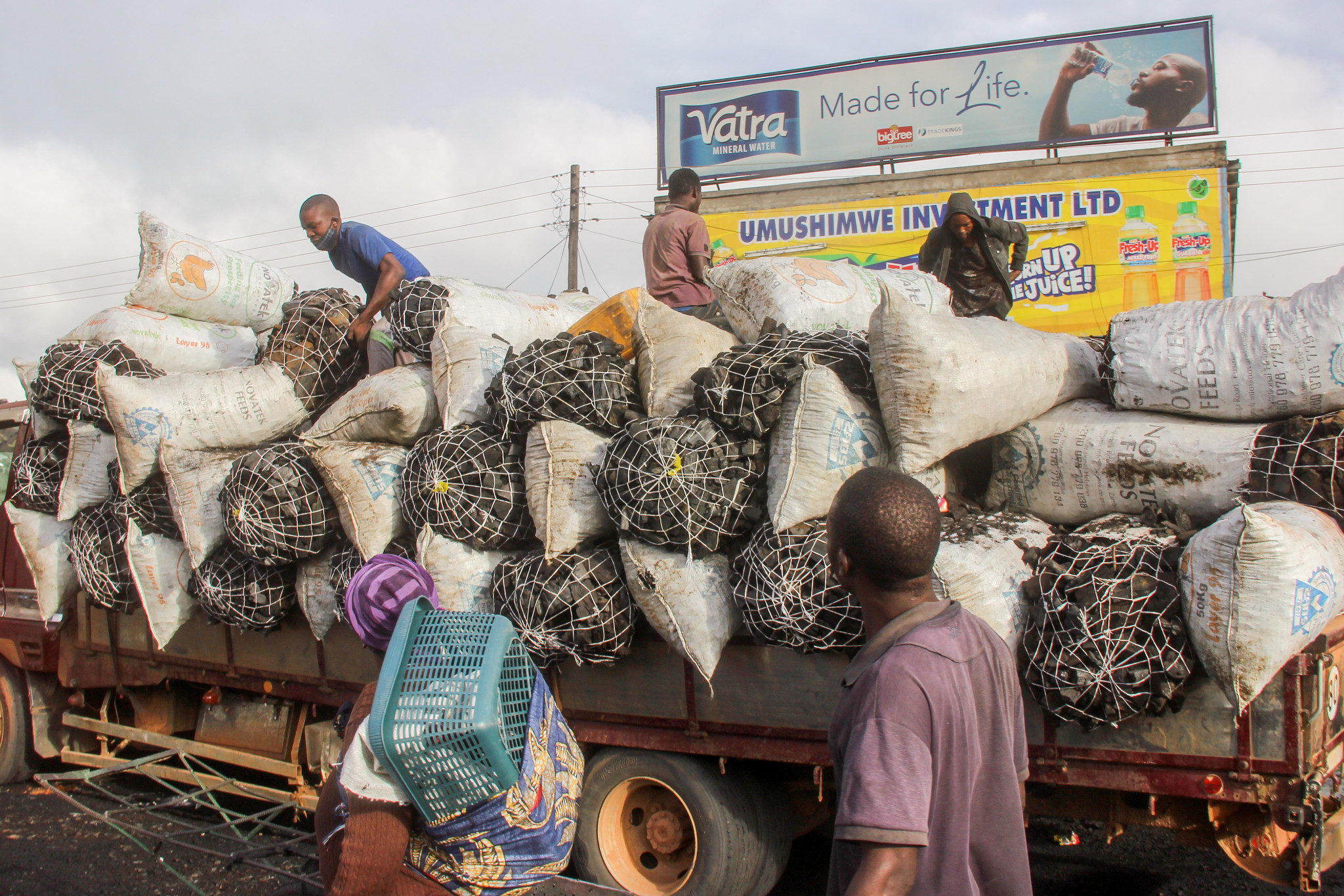 Since 2003, Zambia has run a program known as Social Cash Transfer to help families that can’t afford food. As of early 2022, the program had reached more than 970,000 households, with a goal to reach more than 1 million by the end of the year, according to an analysis by the ministry. Every two months, beneficiaries receive 400 Zambian kwacha (about $.02), enough to buy about 25 kilograms (55 pounds) of maize flour. The money is distributed as cash or sent to mobile wallets or bank accounts.

“Ending poverty is a multi-sectorial problem that involves all sectors,” Mwamba says.

But the minister says that limited funds mean the government can help only people who meet certain requirements. As an HIV-positive woman with three children, Phiri qualifies. But she doesn’t receive the cash. “I didn’t know about it,” she says. “I don’t even know where to go to register.”

Phiri says she was a beneficiary of the Farmer Input Support Programme, a Ministry of Agriculture initiative that gives free fertilizer and seeds to farmers, but the lack of rainfall and the infestation of fall army worms have led to a dismal harvest. She has thought about moving to Lusaka, where her family lived until 2017, when her husband died of AIDS, to try to find work. But her sickness has left her without energy. “When I feel hungry but there is nothing to eat, I get really weak,” Phiri says.

The pieces of pumpkin and maize she eats with her children are boiled and consumed with water. Except for an occasional cup of hot water mixed with sugar, she has no other food to supplement the nutrients her body badly craves. She knows the drugs she takes are essential for managing HIV, but she admits that on several occasions, hunger has made her contemplate stopping them.