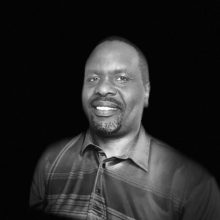 Edwin Okong’o is a Kenyan-born journalist, humorist, and satirist, with more than 15 years of experience.

His journalistic work has been published in numerous media outlets internationally, including the Guardian, the San Francisco Chronicle, the Oakland Tribune, PBS Frontline, the Africa Channel, the Daily Nation, the Star, the Canadian Broadcasting Corporation, and Mshale News.

Okong’o received his master’s degree in journalism from the University of California, Berkeley, where he studied radio, newspaper, magazine, and multimedia storytelling and editing.

He has won several awards, including a 2009 Webby for his short documentary, Kenya: Sweet Home, Obama, which he reported on from Kenya for Frontline during the 2008 U.S. presidential elections.