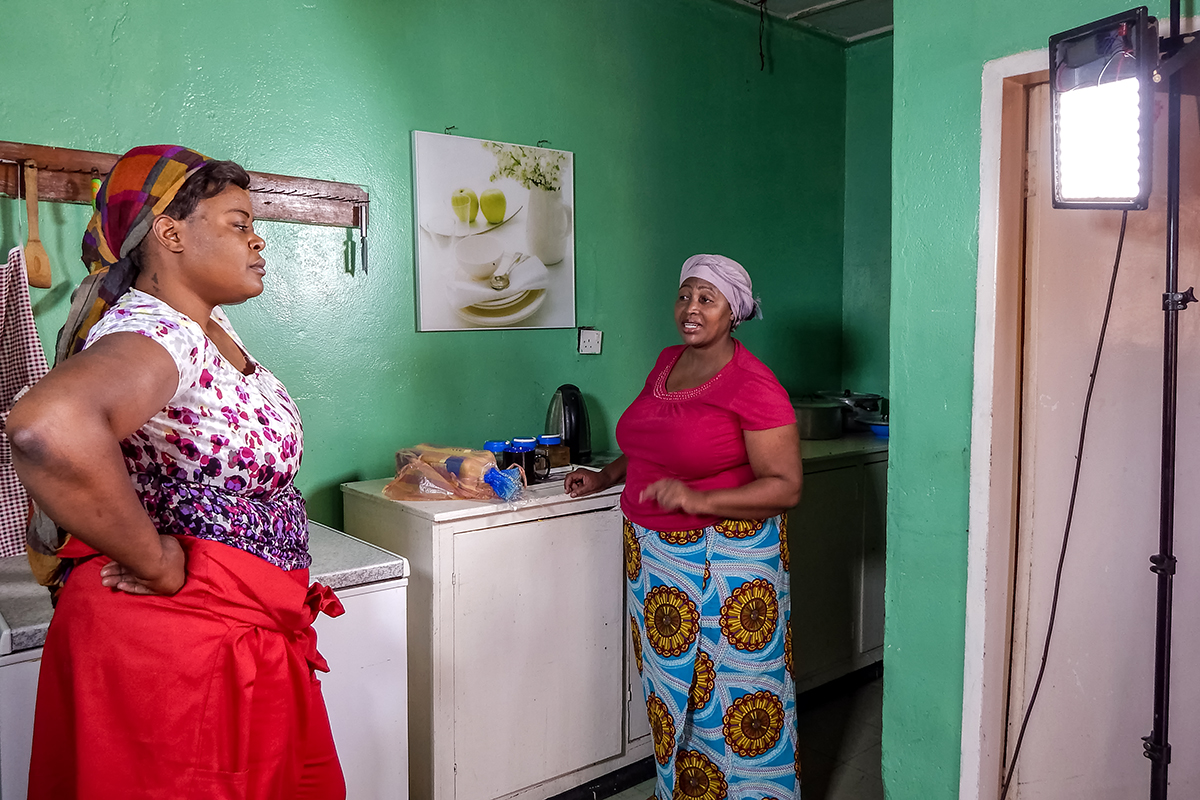 LUSAKA, ZAMBIA — The room falls silent, as a movie screen lights up with opening credits. A crowd of about 50 people have gathered at this local theater in Lusaka, Zambia’s capital, for the premiere of “Monarch of Dreams,” a movie produced by Robert Zulu.

Zulu, who founded the local nonprofit Rakellz Dream Initiative, lost his wife in 2015 to cervical cancer, which kills an estimated 270,000 women worldwide each year, according to the World Health Organization. “Monarch of Dreams,” Zulu’s first motion picture production, is based on his wife’s two-year fight against cervical cancer.

While screening for cervical cancer is free in Zambia, local health experts say the female population knows very little about the disease. Through his nonprofit, Zulu is using the performing arts to raise awareness about cervical cancer in the country’s rural communities, where health care services are limited.

Zambia has the fourth-highest rate of cervical cancer in the world. The disease accounts for more than 1,200 deaths there each year, according to the Cervical Cancer-Free Coalition, a global initiative to eliminate the disease through screening and education.

Sharon Kapambwe, an executive member of the Medical Women’s Association of Zambia and the acting assistant director for noncommunicable diseases and mental health with the Ministry of Health, says that many women in Zambia go several years without preventative measures such as screening, which accounts for much of the country’s high number of deaths from cervical cancer.

The Centre for Infectious Disease Research in Zambia launched the national Cervical Cancer Prevention Program in 2006, making screening free at public clinics across Zambia’s 10 provinces, providing women with brochures containing information about the symptoms and causes of cervical cancer, and making treatment more accessible to women with the disease. Since December 2016, more than 277,000 women have been screened through the program, which is funded by the Ministry of Health and the U.S. government. About 3,000 women are diagnosed with the disease each year, Kapambwe says.

Some of these women are also HIV patients, she adds. A 2017 study published in Lancet HIV, an online medical journal, indicates that women infected with HIV are three times more likely to be diagnosed with cervical cancer. Kapambwe says HIV weakens the immune system and increases the likelihood of women contracting human papillomavirus (HPV), a sexually transmitted infection that scientists have said causes cervical cancer and other cancers, including cancer of the penis. In Zambia, where about 1.1 million people are living with HIV, prevalence of HIV is higher in women.

Kapambwe says that a lack of awareness among the public hinders the goal of eradicating HIV/AIDS and noncommunicable diseases including cervical cancer, a goal that remains a top priority for the country’s health officials.

More than 1,200 women die from cervical cancer each year in Zambia, according to Cervical Cancer-Free Coalition.

When Zulu’s wife, Racheal Mulenga Chubili, was diagnosed in 2013, his family didn’t know much about cervical cancer, he says. It was the first time that she had been screened for the disease, he adds.

“We heard about cervical cancer, but it was an issue of taking the information seriously,” he explains. “We thought it could not happen to us.”

Zulu’s wife began treatment almost immediately after the diagnosis, but the cancer got worse.

Two years after his wife passed away, Zulu came up with the idea to write and produce plays that encourage women, especially those in remote areas, to get routine screenings. He says this is the best way to honor his late wife’s legacy.

“We had to do things differently, so we decided to use performing arts,” Zulu says. “When one hears, they will forget, but when they see, they will remember.”

Many of the actors and actresses who perform in Zulu’s plays are members of his nonprofit. The Rakellz Dream Initiative drama troupe has also performed alongside local performing arts groups, including Kasama Arts.

Ahead of each performance, Zulu announces the dates and venues on local radio stations. After the plays, the nonprofit gives women in attendance the opportunity to get screened for cervical cancer.

Most of the cancer-screening centers are far from the rural communities where the drama troupe performs, Zulu says. “So after every performance, we provide transport to and from the screening centers.”

Thanks to funding from local health advocates, volunteers, and members, the nonprofit is also able to provide treatment for women who can’t afford it, Zulu says.

Wanga Zulu has been touring the country with Rakellz Dream Initiative since 2017. Zulu, who’s been an actress for 15 years, says she decided to use her talent to raise awareness.

She found out that she had Stage IIA cervical cancer in 2014, when she was 40. Stage IIA cancer is when the cancer grows beyond the cervix and uterus but does not spread to the tissues surrounding the cervix.

Zulu says that she had heard about cervical cancer prior to being diagnosed but did not take the information seriously, which is a common response among many women in her community.

“I did not present any pain, but I had water coming out of my private parts, and I started using different herbs to stop it, not knowing that I was escalating the problem,” she says. “I think most of us have information on cervical cancer, but we just ignore it and think, ‘It can’t happen to me.’”

She began radiation treatment after the diagnosis. However, months into the treatment, she says the cancer escalated to stage IIB, which means the cancer had spread into the tissues next to the cervix.

After almost two years of treatment, the cancer was gone, Zulu says. With the help of Rakellz Dream Initiative, the mother of five says she’s currently producing a movie to document her experience, to help women of all ages.

Robert Zulu says “Monarch of Dreams” will be screened in all 10 provinces. The next viewing will take place in Kitwe, the second-largest city in Zambia after Lusaka.

Editor’s Note: Robert Zulu and Wanga Zulu are not related.