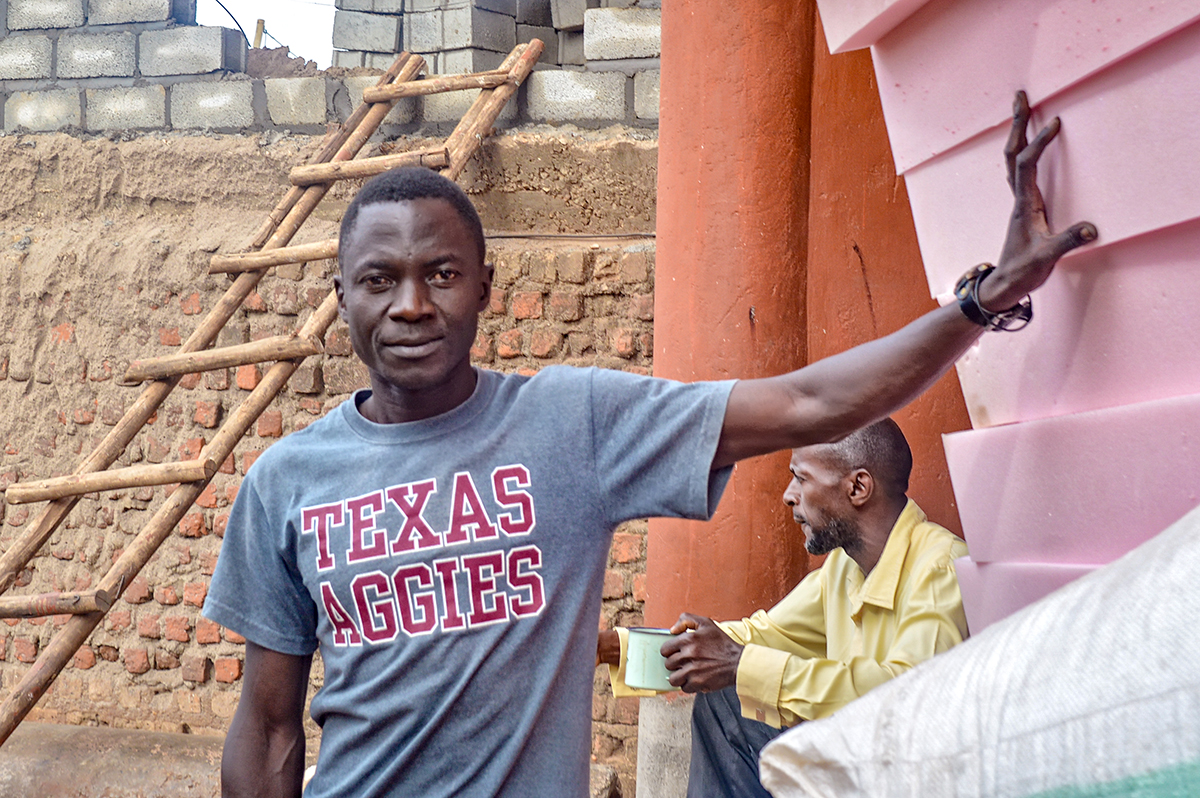 KAMPALA, UGANDA — After six months of saving, Yasin Sengooba, 32, still doesn’t have the 3.5 million Ugandan shillings (about $955) required by the recruitment agency that he hoped would send him to work as a driver in Dubai.

Sengooba has been jobless since 2014. Now, he feels he has just one option: Go to Uganda’s border with Kenya, tell border guards that he’s traveling to visit relatives, then find an illegal recruiter who will help him find a job and travel to the Middle East – all for free.

“I need money, and I know there are good opportunities for drivers to earn good money in Dubai,” he says.

It’s possible that Sengooba’s plan will work as he hopes.

Unemployment figures in Uganda are staggering, with an estimated 64 percent of people ages 18 through 30 jobless. There’s strong motivation for Ugandans to look abroad for work.

But there’s also a strong chance that Sengooba will be trapped into forced labor.

Uganda’s border towns are hot spots for human trafficking, attracting people who are desperate to find employment abroad but can’t afford the fees charged by legitimate workforce agencies. Uganda has cracked down on dubious recruitment agencies and tightened restrictions on the types of jobs that agents can hire for. People leaving Uganda by air are subjected to questioning and document checks, but in general there are far fewer questions asked at airports in Kenya, human-rights advocates say.

Once abroad, some trafficked people are trapped into forced labor or sex work, says Moses Binoga, who leads the government’s anti-trafficking efforts. In a few cases, trafficked people’s organs were fraudulently removed, he says.

Binoga says there’s been a marked decline in the number of known trafficked people over the past three years, thanks to a major Ugandan government initiative.

About 64 percent of people ages 18 through 30 in Uganda are unemployed.

It’s likely that many more people would have been trafficked, had Uganda not signed bilateral agreements with Saudi Arabia and Jordan requiring all household workers employed in those countries to be affiliated with a registered recruiting agency, says Martin Wandera, a director in the Ministry of Gender, Labour and Social Development. Those agreements were signed in late 2015 and early 2016.

Shortly after those agreements were signed, the Ugandan government entirely banned women from going to the Middle East to be domestic workers. That ban came after a public outcry over a report in which Ugandan women described being tortured and beaten while working abroad. The ban was lifted in mid-2017. (Read our story here.)

Since then, the Ugandan government has licensed 75 recruitment agencies to formally handle recruitment for jobs in Saudi Arabia and Jordan, Wandera says.

“We can know who left Uganda to which country, to do what, and for how long,” he says.

Wandera notes that the government’s primary concern is for Ugandans engaging in domestic work. It’s common for Ugandans to work as security guards, supermarket attendants, teachers, nurses and in many other fields.

In addition to the bilateral agreements, the government has invested in a widespread awareness campaign. Government officials have spoken on radio and television shows about the dangers of illegal labor migration, and rescued people have gone public with their stories.

For some would-be migrants, the campaign has worked.

Allan Mutyaba, 24, says he planned in 2017 to leave Uganda via Mutukula, a town near the Tanzanian border, with the aim of finding his way to Dubai to work as a security guard. Then he saw a police official on television, talking about labor trafficking.

“When I heard that you can get a casual job in the Middle East at no fee and that those who fall in the ‘no fee’ tricks end up being trafficked, that is when I realized that going via a border would cost me my life,” he says.

Mutyaba says he saw that television program just in time. He’d already spoken with a stranger who had offered to take him to Dubai at no cost.

Now, he says he’s saving for the 3.5 million shillings (about $955) a recruitment agency will charge him for a job.

The government doesn’t regulate fees. For Ugandans who are desperate to go abroad because they can’t find good jobs at home, it’s those fees that push them to take risks.

Lukia Nabukenya,22, says she plans to go to Kenya to connect with a friend who has promised to get her to Oman for a job as a housemaid and a salary of $200 per month.

Uganda doesn’t have a bilateral agreement with Oman, so it’s illegal for Ugandans to take domestic jobs there. Even so, websites including Facebook and LinkedIn publish ads expressly for Ugandan women to work as housemaids in Oman.

Nabukenya is confident that her friend’s offer is legitimate.

“I trust the person who has gotten me a job in Oman,” Nabukenya says. “She is a close friend to my sister.”

It’s common for people to be lured into forced labor by people they know, says Lillian Ayera, the programs director at Willow International, which aids people rescued from trafficking.

“Shockingly, the transnational trafficking victims in labor we provide services tell us that they knew the people who trafficked them,” she says. “They tell us these were friends or relatives.”

But even that reality doesn’t deter some who are intent on leaving Uganda. Sengooba, the 32-year-old who hopes to work as a driver in Dubai, says that sometimes risks are necessary to get what you want in life.

“I know people who have gone via Malaba, and they call from Dubai to say they are safe,” he says, referring to the border town in Kenya. “Why should I then worry about being trafficked, when I know Allah will protect me?”