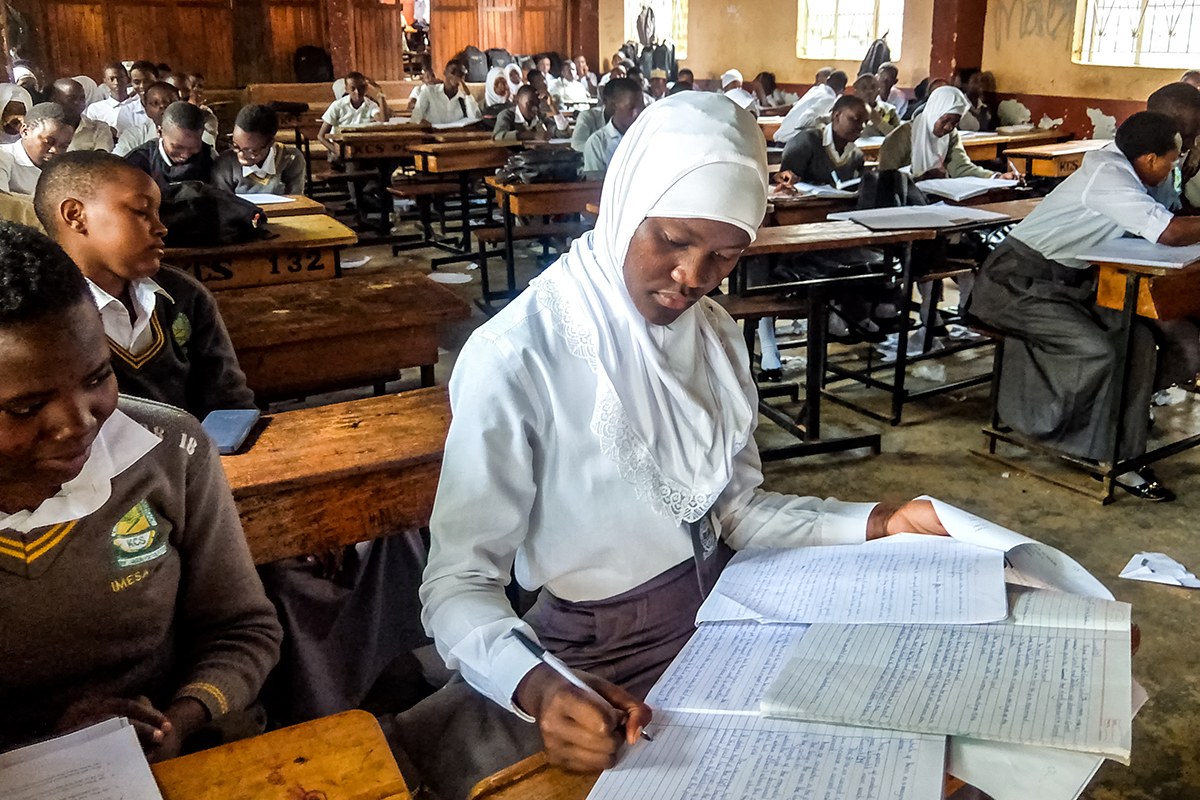 KAMPALA, UGANDA — Since Hope Kabigumira completed university in 2006, she’s been working at St. Balikuddembe market in Kampala, Uganda’s capital. It’s not easy to enter into Uganda’s formal job market, because the labor force is growing quickly. But the 35-year-old vendor, who sells previously owned clothing, says she’s intentionally avoided office jobs because she doesn’t have the skills to work in a corporate setting.

She blames the country’s educational system. As a 13-year-old student in western Uganda, Kabigumira was among a large pool of students who secretly received answers to exam questions from teachers, she says. This practice continued throughout her education, with students eventually providing the answers, she says.

“Even at university, we would sit next to someone who knows the answers and copy,” Kabigumira recalls.

Though Uganda’s education sector has seen successes in recent years, exam malpractice is one of the challenges undermining the quality of education, local experts say. Teachers and students are common offenders, leaking exam questions and answers. As education advocates warn against this trend, government officials say they are stepping up efforts to end it.

In 2007, Uganda became the first sub-Saharan African country to introduce universal secondary education, and in the five years prior to 2016, the government spent more than 10 percent of its national budget on education, according to a 2016 Ministry of Education and Sports report.

Despite free secondary education, learning levels are low across the country, with some students performing poorly because of a lack of adequate materials and imbalanced student-teacher ratios. An estimated 2 percent of those aged 15 to 24 have completed secondary school, while 28 percent have not, according to a 2014 report from the Education Policy and Data Center.

Even at university, we would sit next to someone who knows the answers and copy.Hope Kabigumira

Students are required to take national exams in their final year of primary and secondary school. The tests are administered by the Uganda National Examinations Board (UNEB), under the Ministry of Education and Sports.

Students caught cheating during exams will not be allowed to complete them and face disqualification or arrest by the police, according to the examination body. But some students are relying on the practice to advance to the next school level and to higher education institutions, and teachers do so to boost the number of students who pass, says Florence Bazirake, who’s worked as a secondary school teacher for 16 years.

In early February, the exam board released results for secondary students who took the Uganda Certificate of Education exams in December 2017. Out of a total of 325,695 students, results were withheld from 4,500 whom the board suspected of cheating, and 81 people were taken into police custody, says Daniel Odong, executive secretary of the UNEB. Officials say the exam was leaked on social media.

“It can cause the institution in charge of exams to lose credibility,” she says. “These days, having high grades does not mean much in workplaces.”

Other experts say that the growing practice is slowly deterring economic growth, professional development and service delivery. Uganda’s young labor force is one of the fastest-growing in the world, but many young people are underqualified because of exam fraud and a poor grasp of what they are taught, says Yusuf Mukasa, headmaster of Kisaasi College School.

In an effort to curb cheating, officials are drafting a law that will require offenders to pay a fine of 5 million shillings ($1,348) and serve up to five years in prison, Odong says.

“The severe punishments that are to be included in the law will make it prohibitive,” he says.