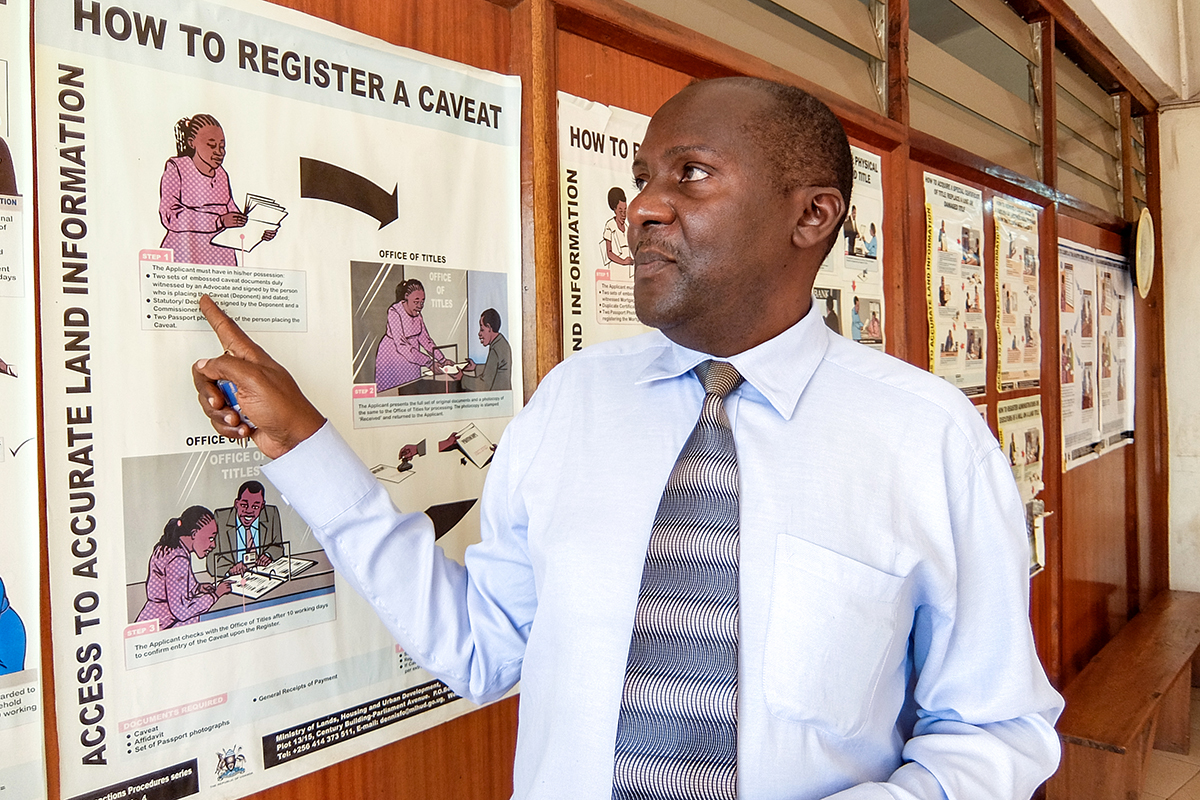 KAMPALA, UGANDA — Land in this part of the world has been managed under traditional systems for as long as anyone can remember. A family or community controls an area, and people who live nearby understand and respect boundaries often marked by trees, large rocks or other geographical features.

But Uganda is modernizing. Young people who now manage their family or group’s land don’t always have the details their elders did to help identify communal property and defend it from encroachers.

It’s estimated that 80 percent or more of the land in Uganda is owned under customary tenure, and many of the owners or managers of those parcels don’t have title deeds. As a result, conflicts over land have continually erupted, particularly in northern Uganda, where violence in the past few decades pushed families away from their land, leaving it vulnerable to thieves. 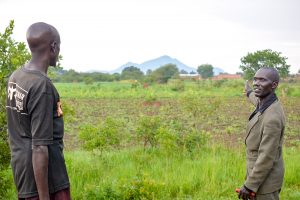 RELATED COVERAGE: They fled their land during Uganda’s Civil War. Now they have to prove it belongs to them. Read that story here.

In some cases, people create fake title deeds for portions of communally-owned land, making it difficult for the communal owners to prove that the land was theirs in the first place. Tensions have gotten so hot in some areas that people have died in land disputes.

Global Press Journal talked with Dennis Obbo, a spokesman for the Ministry of Lands, about the issue. (This interview has been condensed and edited for clarity.)

GPJ: People are talking a lot about the issue of land fraud. Please describe the scope of the problem.

Obbo: Land falls under many categories and this becomes controversial to decide who it belongs to, especially if the people do not involve the ministry.

For example, there is land which is not registered. The boundaries are not clear. The demarcations are marked by the eye. Fences and trees act as boundaries. Then the neighbor of the land will start from there to complain on how the other is encroaching on their land. This may date from ancestral backgrounds where the real owners have passed on and so the knowing of the proper borders becomes a challenge. There is no written document to suggest the rightful owner. The district land boards do not indicate any of the people fighting for land as the owner.

How does land fraud occur?

It manifests in land leases. This is where land is given to investors by the controlling authorities. The investors think they have gotten the land rightfully, but the local people feel they are cheated by investors, who are mainly non-indigenous, coming and taking huge chunks of land in their midst.

The same goes for unregistered land. This poses a problem because the people that have always occupied it think they own it, only to be driven away from it. This also causes mayhem.

What steps is the government taking to address this?

The government is encouraging all land owners to register their land. This will place land in the hands of their legitimate holders. The government is carrying out massive sensitization on the benefits of having land titles. If followed, this will go a long way to solve the land grabbing issues.

The government advises every land owner to have a certificate of titles. This is what proves him [to be] a bonafide owner.

The government also advises people to use their land so it is active and the track of users is visible. Many people have a tendency of buying and leaving land unattended for years. This is what prompts land thieves to grab it. Many people have been shocked to buy land and keep titles only to return after years and find buildings constructed there.

The government advises every land owner to have a certificate of titles. This is what proves him [to be] a bonafide owner.Dennis Obbo, a spokesman for the Ministry of Lands

People are also advised to use land surveyors, plant mark stones and determine boundaries. Then they can fence off their land to ward off the encroachers.

We always advise people, and this is paramount, [that] they should visit the land office time and again to verify that the land is still in their names because lots of transfers go on in the lands office.

What should a land owner know about getting a land title?

People need to know that before you get a title, you must be in possession of the land. Before one pays for land, they should have [the] original land title in question. We have dealt with cases where land is paid for and when the transfer process is delayed, the land is sold to someone else. So transfer of names should be immediate.

Who should preside over the writing of a sales agreement?

What help does the government offer to someone who purchased land from someone who didn’t own it?

We advise the person to go back to trace the owner from whom he bought the land. Employ the services of the lawyer that presided over the sale. This will lead him to the Criminal Investigations Department for investigation and later to court.