Skip to main content
The story you are reading was published on Monday October 30, 2017. To read more recent stories click here. 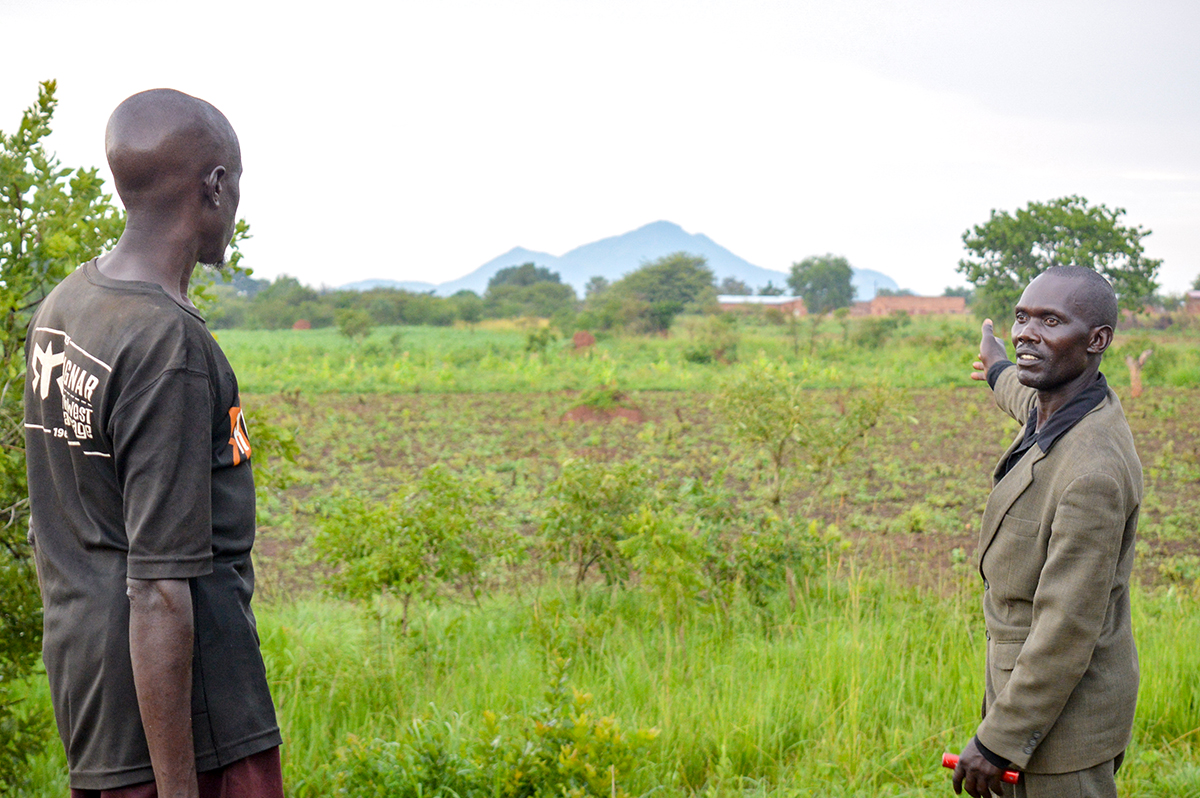 For George Anywar Ocen and his extended family, it was a decade. In 1998, the Lord’s Resistance Army, an armed group led by pseudo-prophet Joseph Kony, encroached the area, threatening Ocen’s family and the 270 acre-estate that is the family’s home base. The fertile land; the maize, cassava and millet crops; and the goat herd were the family’s livelihood and legacy, but they left it to find safety in Jinja, more than 400 kilometers (248 miles) to the south.

They didn’t return until 2008. They expected the land to look different – it hadn’t been maintained for 10 years – but were shocked by what they found. Ten acres had been sold to people who patched together red brick homes on the land. About two dozen families now claimed portions of the land collectively owned by the Ocen family.

Ocen directly blames the encroachment on Andrew Olwoki, a local councilman. Olwoki claimed to be the rightful owner of those 10 acres and fraudulently sold them to unwitting buyers, Ocen says.

But Olwoki, whose family’s land borders the Ocen property, denies those claims. Those 10 acres weren’t Ocen’s to begin with. It’s always been Olwoki land, he says.

Nearly a decade later, Ocen and Olwoki have yet to resolve their dispute. Ocen is out 10 acres, and the families who built homes on the land they believe they bought from Olwoki have settled in, less likely than ever to leave. 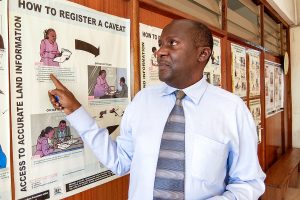 RELATED COVERAGE: A spokesman for Uganda’s Ministry of Lands talked with the Global Press about how land owners can protect their land by documenting ownership properly. Read that interview here.

Nearly 2 million Ugandans were pushed from their homes during the conflict, according to the Office of the United Nations High Commissioner for Refugees, the U.N.’s refugee agency. Those people resettled elsewhere in Uganda, and many more left the country altogether.

At least 20,000 children were abducted, many of whom were coerced into committing atrocities in Kony’s name, Human Rights Watch found. The LRA became known for its extreme brutality. At the same time, the Ugandan government and its military tightly restricted farming and even forcibly displaced huge numbers of Ugandans to temporary camps as a strategy to starve out and isolate the LRA.

The conflict’s bloodiest period ended in 2006 when the LRA signed a cease-fire with the Ugandan government. The UNHCR closed its programs aiding internally displaced Ugandans in 2012, noting that most people had returned to their homes.

But when they returned, many landowners found that their traditional boundary markers were missing or had been ignored. Pieces or all of their land had been sold to other people, who now held seemingly legitimate land titles – pieces of paper that the original owner, who owned the land under the more traditional customary tenure system, did not have. Under that system, certain portions of land are understood to be controlled by a family or traditional group, even if there’s no documentation formalizing that control.

And many of the returnees could no longer ask elders to help explain the system or identify land markers.

“The elders who had knowledge of the land boundaries died during the war, leaving behind the young ones who don’t know where the family or clan land ends or begins,” says Thomas Langoya, a member of the Kitgum Land Board.

Tensions are so high in some parts of northern Uganda that it’s as though the war never ended. Earlier this year, a dispute over land led to the violent deaths of nine people. More than 20 people were severely injured and 100 grass huts were torched, according to a U.S. Agency for International Development report about the incident.

Nearly 2 million Ugandans were pushed from their homes since 1998, according to the Office of the United Nations High Commissioner for Refugees.

It’s difficult to even create a map of where the land conflicts occur or determine the exact scope of the problem because so many of the boundaries in dispute aren’t noted in government records.

“When the land has no title, it becomes difficult to protect it,” says Dennis Obbo, spokesman for the Ministry of Lands, Housing and Urban Development. “The boundaries are not clear and issues of trespassing are common.”

The ministry has encouraged landowners in Kitgum and other northern regions to register their land, but many refuse to do so, Obbo says, because it is owned under customary tenure traditions. Public workshops aimed at educating landowners on the benefits of getting land titles are poorly attended, he says.

Estimates vary, but most researchers agree that the vast majority of land – as much as 95 percent of it – in northern Uganda is held under customary tenure or some form of traditional ownership. And Obbo notes that nearly 80 percent of all the land in Uganda doesn’t have any associated title or other documentation to prove ownership.

In Ocen’s case, his extended family collectively owned the land, he says. Santin Onen Ocen, Ocen’s uncle and the primary caretaker of the acreage, says a court granted him a letter of administration in 2014 that formalized some details of the property, including that Santin Ocen is the land’s administrator, but even then, no boundaries were marked. The document, which was reviewed by Global Press Journal, does not detail the land’s borders.

“But I know the boundaries of our land,” Santin Ocen says. “My father showed them to me.”

Obbo, the lands ministry spokesman, says the Ocen family needs to sort out the boundary dispute privately with Olwoki before a land title can be processed. But George Ocen says that when they set up sessions at a local court to resolve the issue, Olwoki wasn’t responsive.

“He has been called to the community court twice, but he has never showed up,” Ocen says.

When the land has no title, it becomes difficult to protect it.Dennis Obbo, spokesperson for the Ministry of Lands, Housing and Urban Development

Ocen showed Global Press Journal one letter of invitation that he says was given to Olwoki.

Olwoki says he never saw that letter and didn’t even know that the court sessions were happening.

Even if the two parties can settle the dispute, George Ocen says that processing a land title is a lengthy and expensive process – one that his family can’t afford. The costs are mostly associated with travel, but could amount to $500, he says.

George Ocen says his family plans to sue Olwoki in court to force him to repair the situation and ensure that the 10 acres are returned.

“When everything is cleared finally with court, we will then work on processing a land title,” he says.

Nakisanze Segawa, GPJ, translated some interviews from Luganda and Acholi.