Skip to main content
The story you are reading was published on Friday September 1, 2017. To read more recent stories click here. 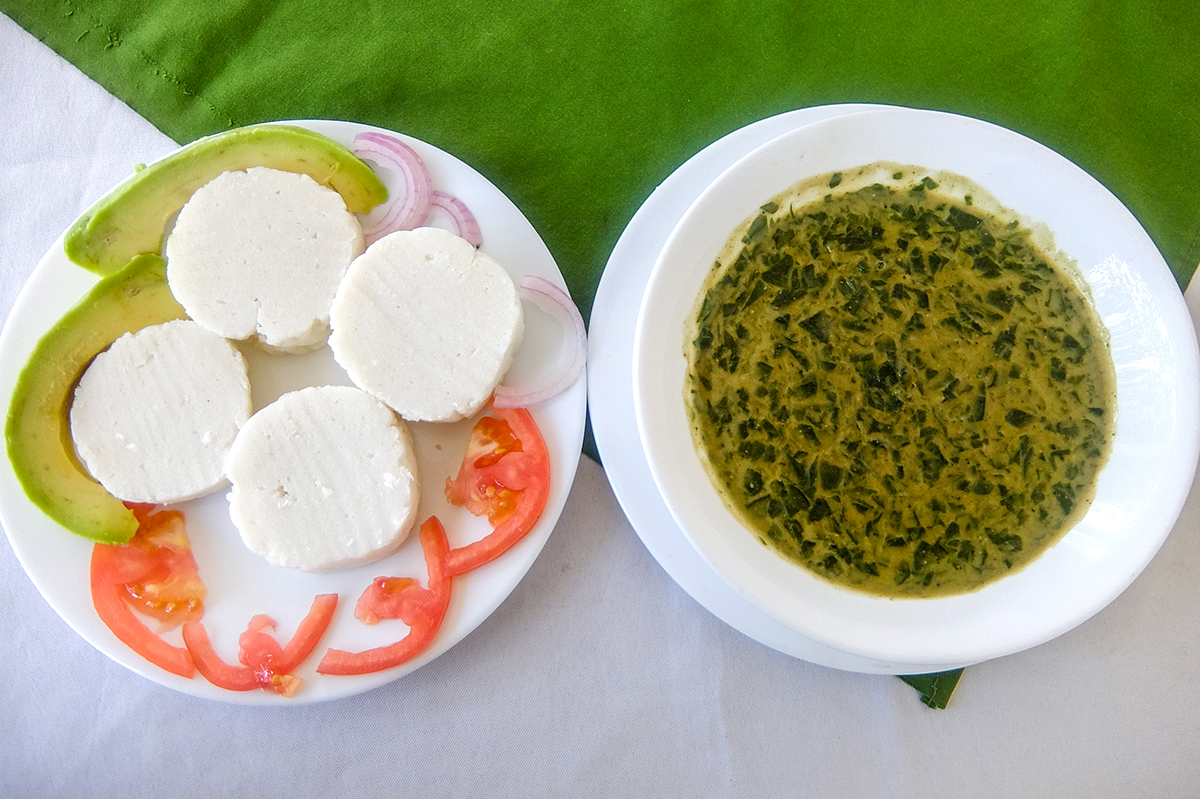 LIRA DISTRICT, UGANDA — A boo plant, or cowpea plant, freshly plucked from the garden, sits on a metal plate. Geoffrey Lemo, the chef at the Kanberra Hotel Lira, begins the preparation of boo sauce by picking the individual leaves from the plant.

“It is necessary to pluck each leaf, because the branches in the sauce make it hard to eat and enjoy the sauce,” he explains. “Just like it is equally important to measure the amount of okra you put in the sauce, as everyone’s taste varies. The detail is important to suit individual taste in most cases.” 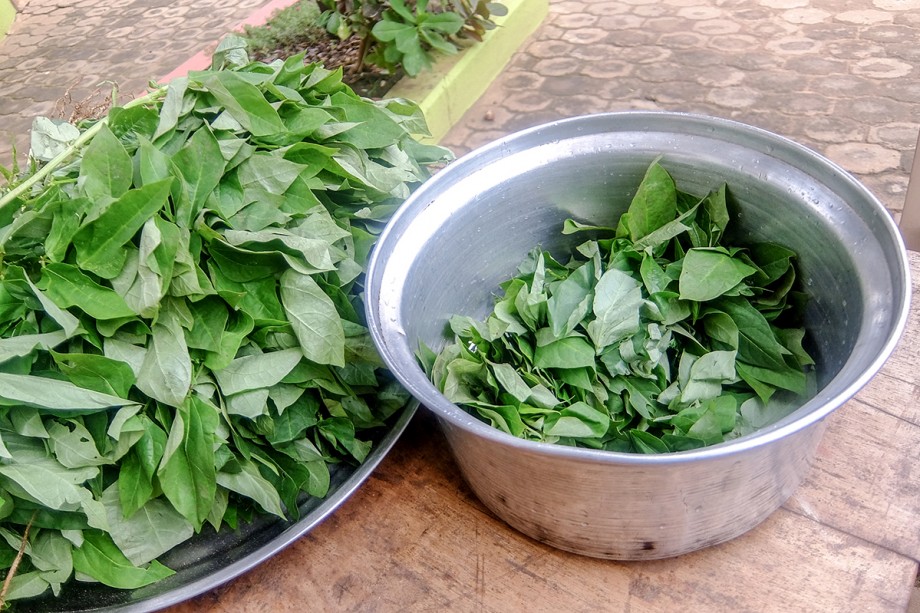 Cleaning the boo leaves is the first step in making the sauce. Once the leaves are washed, cooks usually let them sit out in the sun.

This meal, he says, will be for the staff, as most of the hotel guests, predominantly foreigners, would not order it.

Boo is a popular sauce in northern Uganda, with a base of chopped okra, boo leaves, simsim, or sesame seeds, rock salt and peanuts, also known as groundnuts. The dish is often served with millet bread and maize bread but can also be served with rice, sweet potatoes, cassava and other traditional foods.

Francis Odeke, a chef at The Tender Port Restaurant in Lira Town says, “The menu here is incomplete without the boo sauce.” 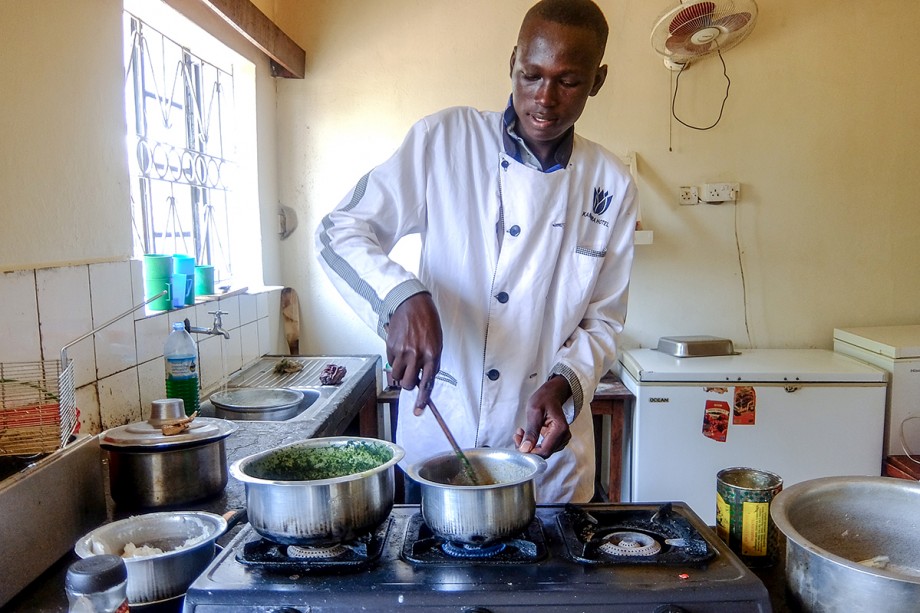 Geoffrey Lemo, the chef at the Kanberra Hotel Lira, adds peanut and simsim (sesame) paste to his pot of boo sauce, as he carefully stirs the sauce to prevent it from burning.

At his restaurant, more than 50 percent of the customers will order boo sauce, leading Odeke to believe the business would fail without it on the menu. It’s a crowd pleaser, as it’s an easy dish to prepare and to customize for the individual palate.

Boo sauce was traditionally cooked by women while men were on hunting trips. As a result, it was commonly thought of as a sauce for women, but that idea has changed. Now the sauce is believed to bring good luck in marriage, so it’s often served at weddings throughout northern Uganda. 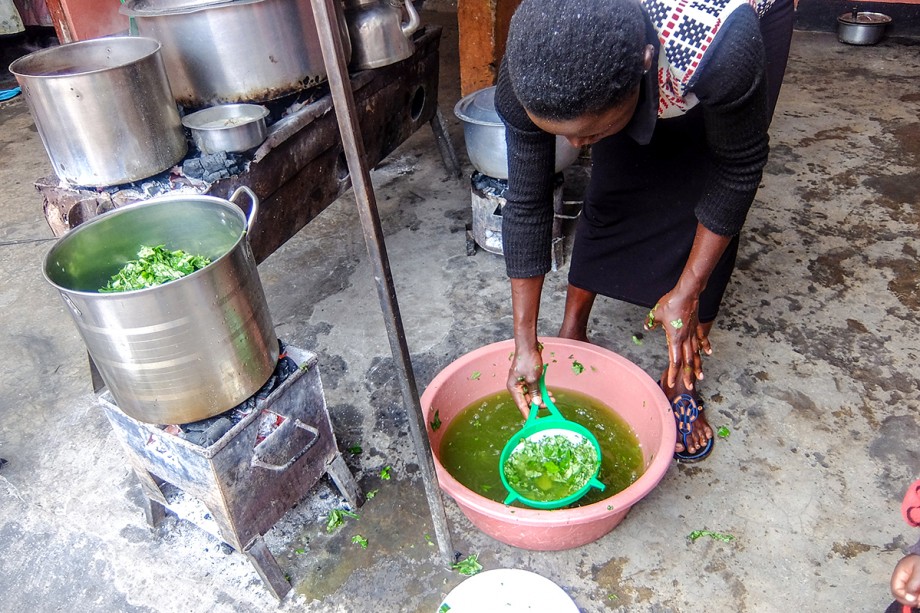 While every chef has her or his own way of cooking boo sauce, more often than not the first steps involve prepping the ingredients. Ajok Sarah assists Francis Odeke, the chef at The Tender Port Restaurant in Lira Town, by washing and chopping boo leaves and okra.

The leaves are best cooked fresh, but people from the country’s northern region always grow enough so that they can dry the leaves in the sun and consume them later, during the off season. Sun-drying involves boiling the leaves in salted water and then setting them out to dry for days at a time.

“It is a healthy sauce, because it is a vegetable, has fewer calories and is filled with nutrients like protein and carbohydrates,” Lemo says. “This is why you will rarely find obese people in northern Uganda.” 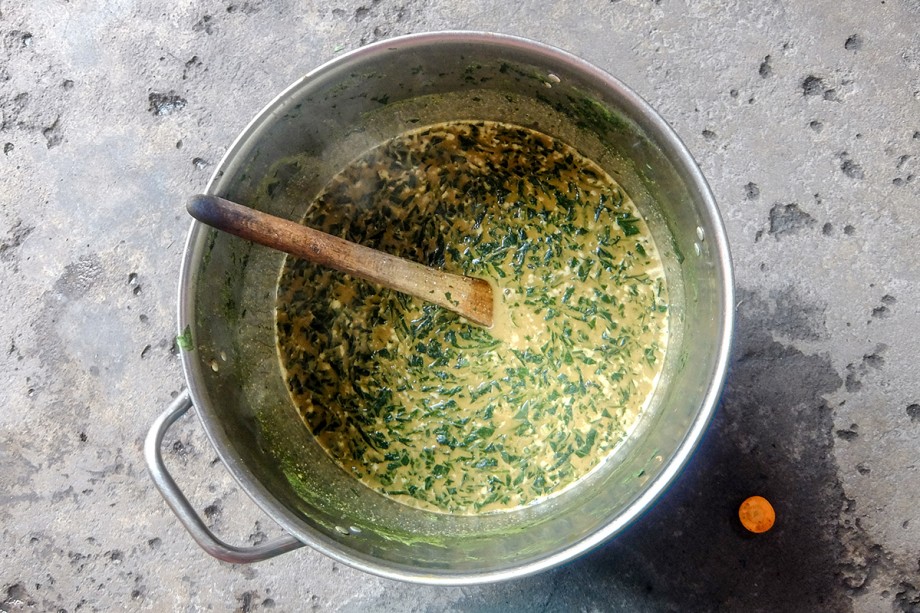 After being cooked, the boo sauce is finally finished. It has taken on a yellow color from the rock salt, and it is ready to be served with rice, millet bread or cornbread.

WHAT YOU NEED
A saucepan
A wooden spoon

How to cook boo sauce
1. Remove the leaves from the boo, or cowpea, plant and wash them with water.

4. Put the water in the saucepan on the stove, add the rock salt and bring to a boil.

5. Add the boo leaves and the okra to the boiling water and cook for about 15 minutes. Check the pot frequently and look for a change in the color of the sauce. It should take on a yellow hue, which is an indicator that you added the right amount of rock salt.

6. After the color is achieved, add the simsim paste.*

7. Reduce the heat and allow the sauce to simmer until it develops a thick texture.

8. Add salt if necessary and keep stirring, to avoid burning the sauce, until the dish is ready.

9. Serve with bread or a starch of your choice!

*Recipe tip: To make your own simsim paste, roast sesame seeds and peanuts for about 15 minutes. Once the nuts have cooled, peel the skin off of them and then mix the nuts and the sesame seeds together in a grinder.