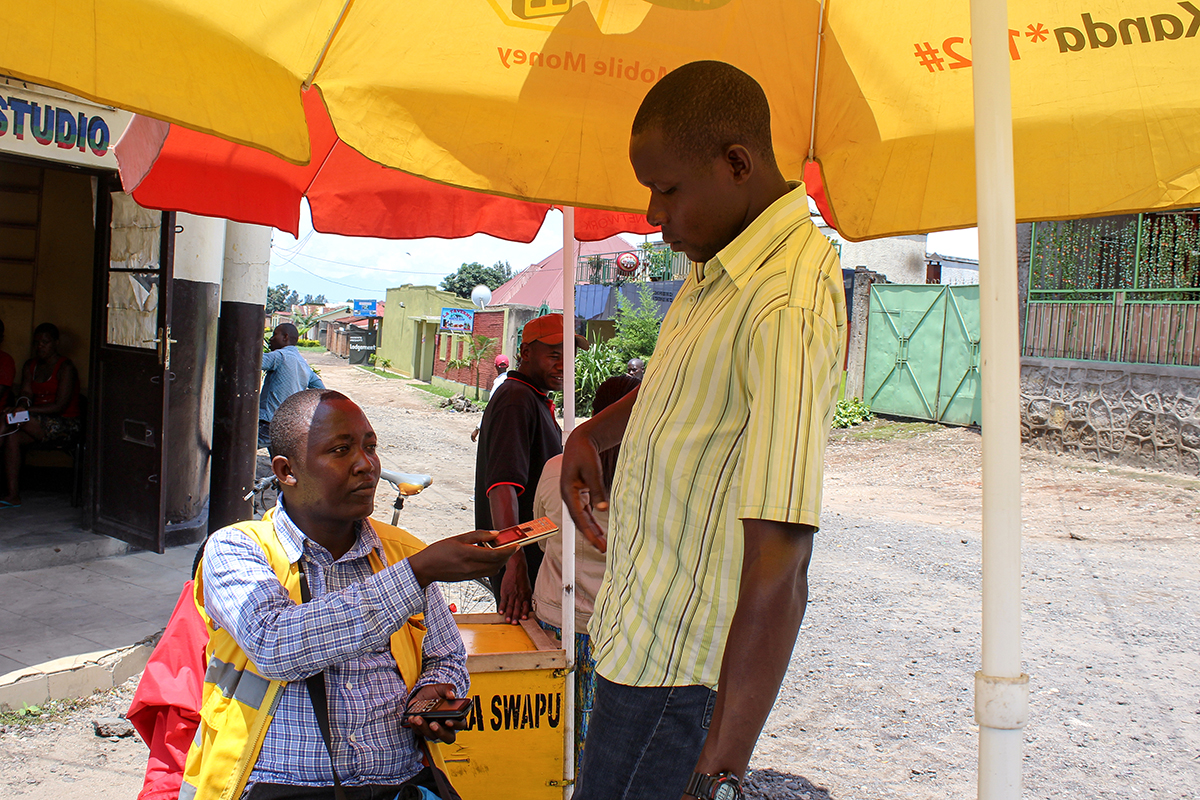 GISENYI, RWANDA — Justin Nshimiyimana’s roadside stall is a popular destination for the unbanked residents of Gisenyi, a town in western Rwanda. Nshimiyimana works as a mobile money agent for MTN Rwanda, the country’s largest telecommunications company.

Five years ago, when he began offering cellphone-based financial services such as cash transfers and deposits, the business brought in enough money to pay his rent and utility bills, he says. But Nshimiyimana is strapped for cash now, because of a new corporate income-tax law that the Rwanda Revenue Authority (RRA) implemented in April.

According to the legislation, Nshimiyimana’s monthly earnings, which are computed based on the commission he earns for each sale, are subject to a 15-percent withholding tax. The law applies to all mobile money agents who didn’t declare their annual income to the RRA by March 31 of this year, officials say.

Even though Nshimiyimana hasn’t lost his regular customers, the money he makes now just isn’t enough to survive, he says.

“We have to earn more, to have more money left over each month after paying the 15-percent tax,” he explains.

Authorities say the law will boost tax revenue. But agents who rely on the business to care for themselves and their families, say the recent government move at best will mean less pay – and at worst could mean unemployment.

Mobile money has continued to gain popularity among Rwandans since it was first introduced eight years ago. 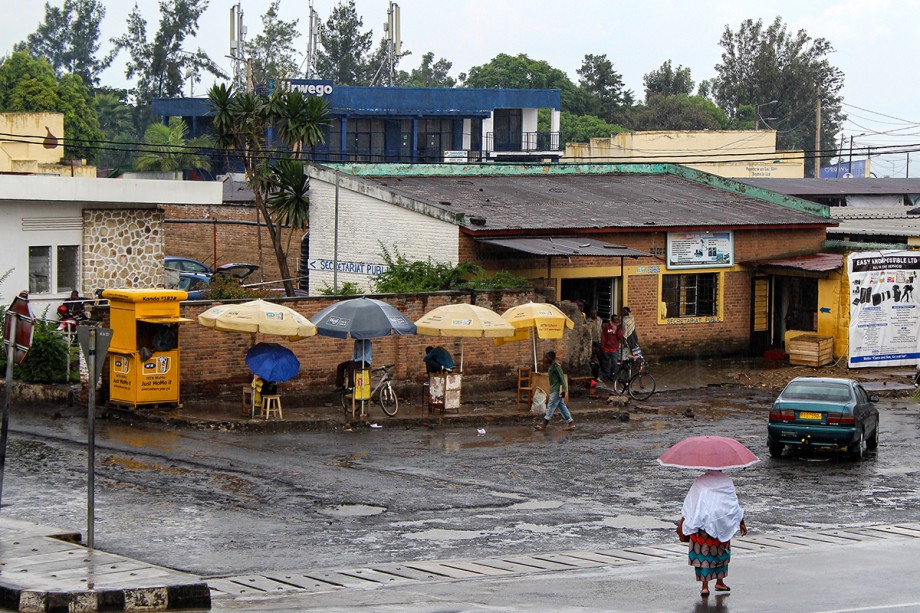 MTN Rwanda mobile money agents in the Gisenyi sector tout their services from the roadside.

However, it is difficult to determine the number of agents, because some give up on the business after a while, and new agents enter the market frequently, says Teta Mpyisi, MTN Rwanda public relations officer. But Mpyisi estimates that there are at least 30,000 agents working for his company.

Nshimiyimana, 27, says no formal job experience is required either, so many young people who are out of school, without work or laid off opt to wear the bright yellow vest of an MTN Rwanda mobile money agent. According to a 2016 government labor force survey, the unemployment rate among Rwandans ages 16 to 30 was 5 percent higher than the 16-percent unemployment rate among adults.

When he first registered with MTN Rwanda as a mobile money agent, he was given a taxpayer identification number, but he wasn’t aware that he needed to declare his earnings to the RRA, Nshimiyimana says. He thought that it was MTN Rwanda’s responsibility to do so and that the state taxed the company, not agents.

Lambert Shingiro, supervisor for MTN Rwanda’s service center in the Rubavu district, says the company fully complies with tax obligations and expects that each of its agents declares earnings to the RRA.

The revenue authority categorizes Rwanda’s workers into four categories based on their income. One category consists of those who earn between 2 million and 4 million Rwandan francs ($2,287 and $4,575) annually, and anyone in this tax bracket should pay income taxes of 60,000 francs ($69) at the end of the tax year, Rwiririza says.

MTN Rwanda now deducts the withholding tax at the end of each month from their agents’ mobile money accounts, where their earnings are deposited, and sends the tax to the RRA.

Theophile Nkurunziza, a mobile money agent, has no problem declaring his earnings and paying taxes.

“To me, we’re engaged in business, and I see no reason why we shouldn’t pay taxes as other traders do,” he says.

But others say both the end-of-year tax and the withholding tax are unreasonable, because the agents do not earn much to begin with. In July, Nshimiyimana made 80,000 francs ($91), he says. After the withholding tax was deducted, he took home 68,000 francs ($78). He says that many agents, himself included, make far less than what the RRA estimates that they earn in a day. Like any type of sales work, some days are good for business, and some days aren’t, he adds.

Sadiki Nambajimana says the 15-percent tax was deducted from his April earnings, and he later quit his job.

“I’m married with four kids, and I couldn’t afford my rent payment anymore,” he explains, adding that Rwanda’s cost of living is getting higher and higher.

For Jean Habaguhirwa, the mobile money business – which was once a godsend to a number of unemployed people – has become unprofitable.

“I started acting as an MTN agent in 2011, after completing my university degree in rural development,” he says. “We didn’t make a lot of money, but it was something good which could keep us busy.”

But there may be good news for Habaguhirwa and other MTN Rwanda mobile money agents who say they earn very little.