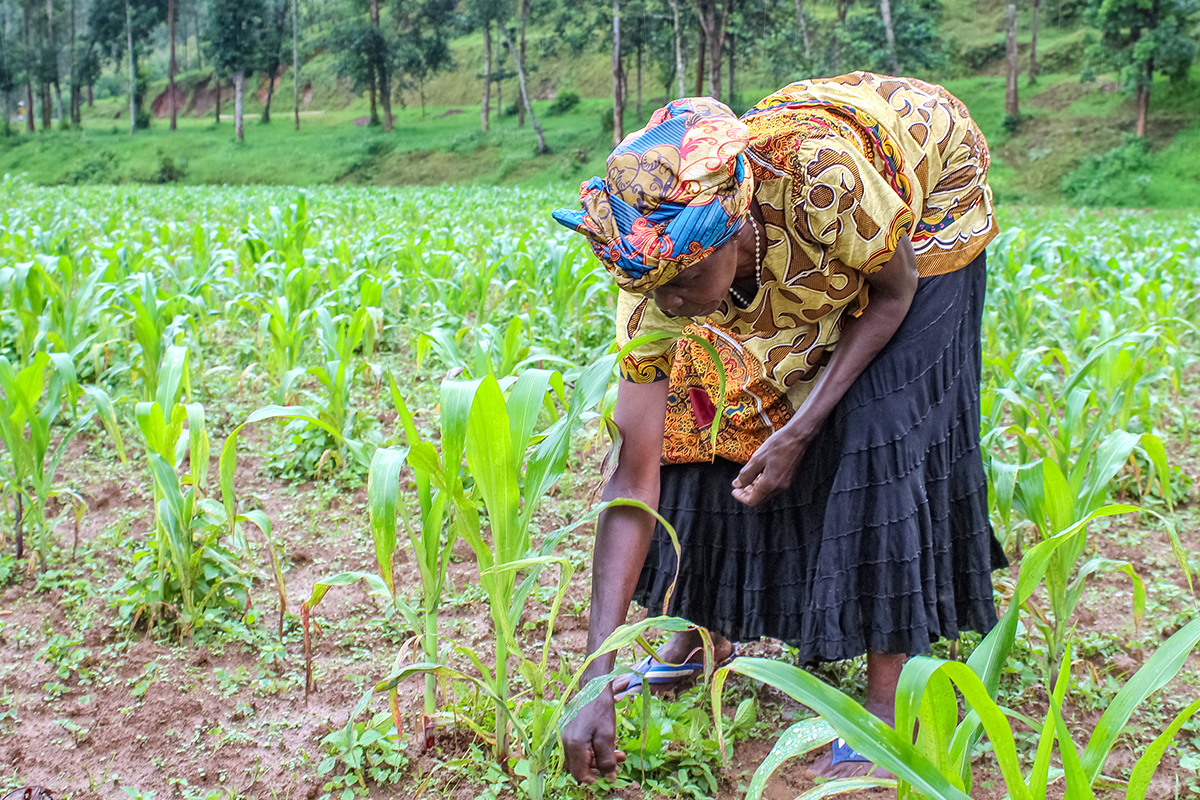 RURAMBO, RWANDA — There’s a wide valley filled with maize fields in the western swath of this agriculturally fertile country. Water-filled ditches run along the edges of each field.

Here, organic farming was once the only way farmers knew. Now, they treat their crops with chemical fertilizers.

These are among the fields that the government, via the Ministry of Agriculture and Animal Resources and the Rwanda Agriculture Board, have earmarked for new, hybrid maize varieties. (Maize is widely known also as corn.)

But the new varieties come with more work and waves of monitoring visits from the government, farmers say.

“I don’t think this new seed species is the best,” says Immaculée Bamporineza, a farmer. “We’ve applied fertilizers twice since it has been seeded two months ago, but already insects have stormed them. And yet the seeds we used to grow weren’t expensive, and natural fertilizers were always available.”

The program began three years ago, with the goal of getting all of the nation’s maize and soybean farmers to grow hybrid varieties, in order to reduce Rwanda’s dependence on imports. 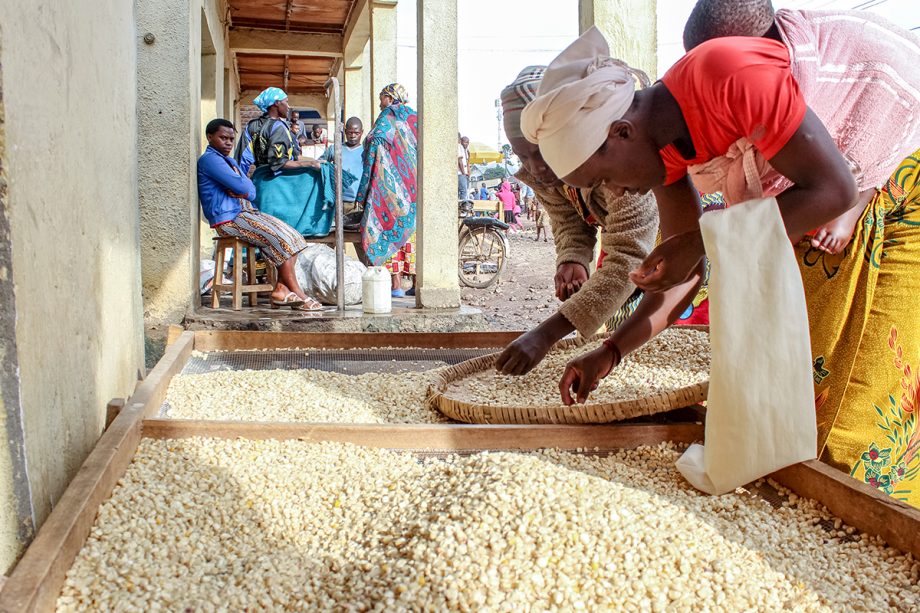 Buyers examine maize at a market in eastern Rwanda. Before a government program required many farmers to use hybrid maize seeds, many people consumed what they grew. Now, much of the maize grown in the area is sold back to the government for distribution throughout the country.

Right now, the government spends about 5.5 billion Rwandan francs ($6.4 million) per year on imported maize, wheat and soybean seeds, says Cyprien Bazimaziki, an agronomist who works on the program.

The Rwandan government hopes to produce at least 70 percent of its own seeds by 2021, he says.

Despite having a large labor force and plenty of arable land, Rwanda imports more food than it exports, and the gap between imports and exports is growing. But a program to boost maize production in Malawi, introduced in 2005 by that country’s government, proves that it’s possible to reverse that trend. Maize production there doubled by 2006 and nearly tripled by 2007. The program involved the use of hybrid maize seeds, which have been shown to yield 10 to 25 percent more maize than non-hybrid seeds.

Already there are signs that Rwanda’s maize production is picking up. Yield of the crop increased by 650 percent between 2004 and 2013, according to an analysis by Duke University’s Center on Globalization, Governance and Competitiveness.

But farmers say the program has forced them to live under the government’s thumb. Officials come to monitor the fields to make sure that the seeds are being used. Farmers in the designated area who decline to take part in the program are in danger of losing their fields, although Bazimaziki says that no fields have been confiscated. And those new varieties require modern farming methods, including the use of chemical fertilizers. 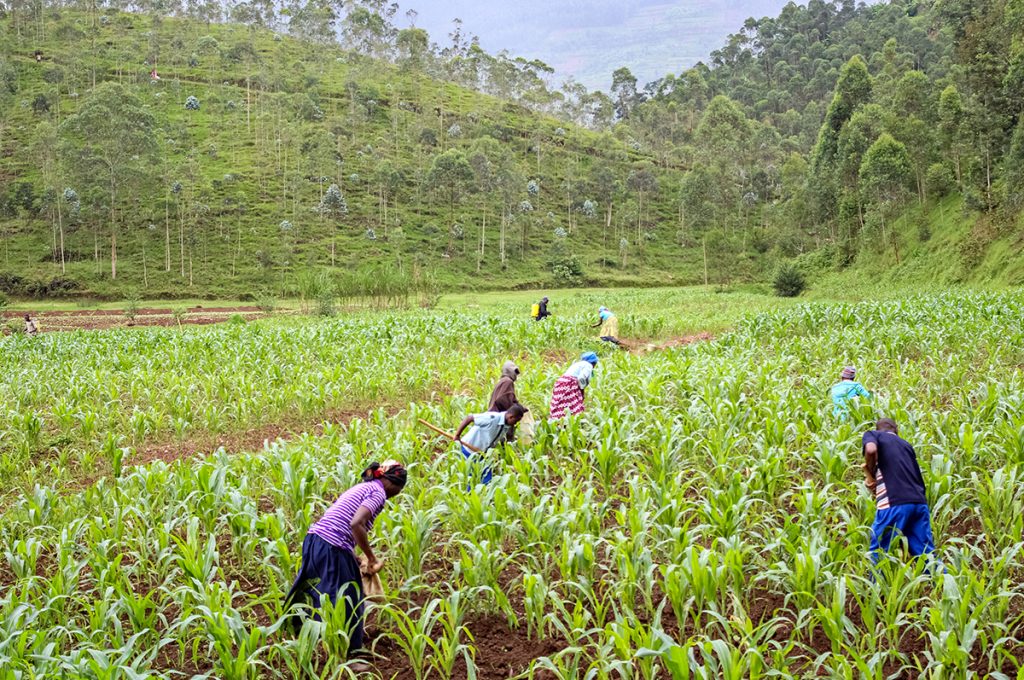 Farmers in rural Rwanda say they’re unconvinced that a government program to use hybrid maize seeds will benefit the country in the long run. 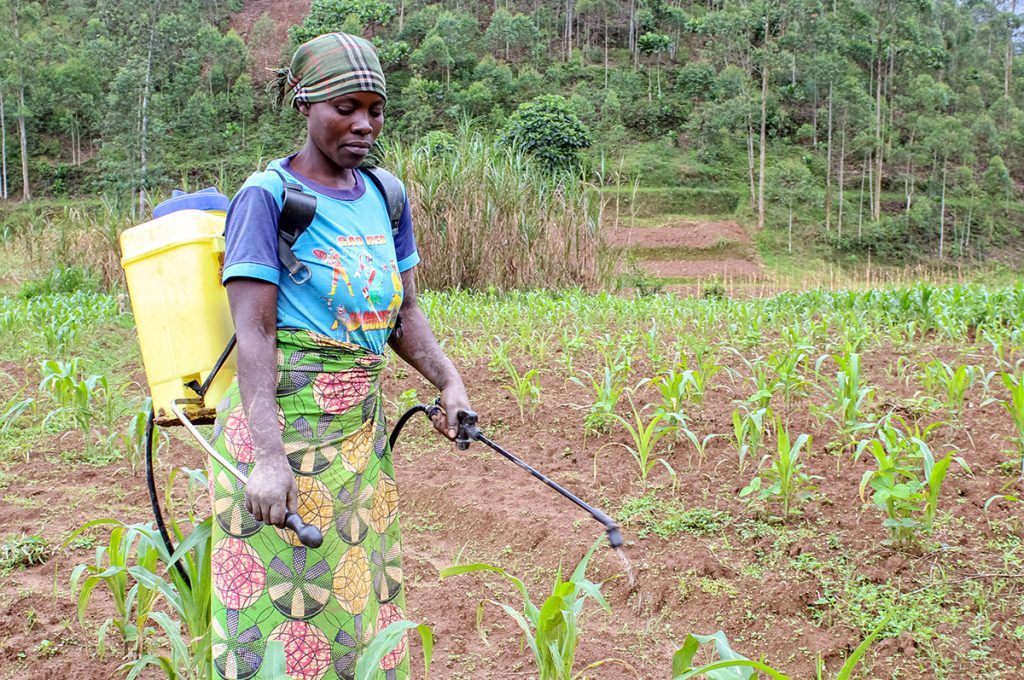 A farmer in Rurambo, a village in eastern Rwanda, sprays her maize fields with pesticides. 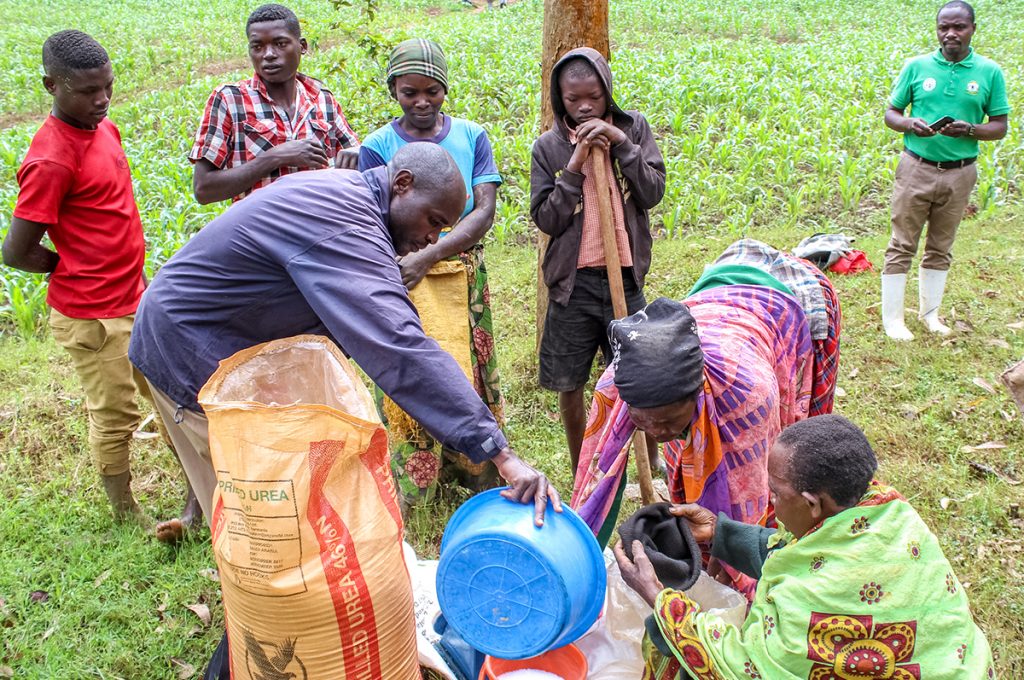 Farmers who live in government-identified farming areas are required to use hybrid maize seeds. Some farmers say they’d rather use standard seeds, which respond well to natural fertilizers.

“They forget that birds can drop other varieties of seeds in our fields,” she says.

Some farmers hold out hope that the program will ultimately benefit them.

The government, which has always been a major buyer of locally grown maize, pays a higher price for maize grown in the designated area, says Joseph Nkurunziza, a farmer who is also one of the program’s coordinators.

Bazimaziki says that the maize being grown in the program today is expected to be distributed across the country.

“It’s too early for the impact to rise to the surface, but, little by little, people will get to understand, as this program will continue and be extended to other staple crops,” he said.