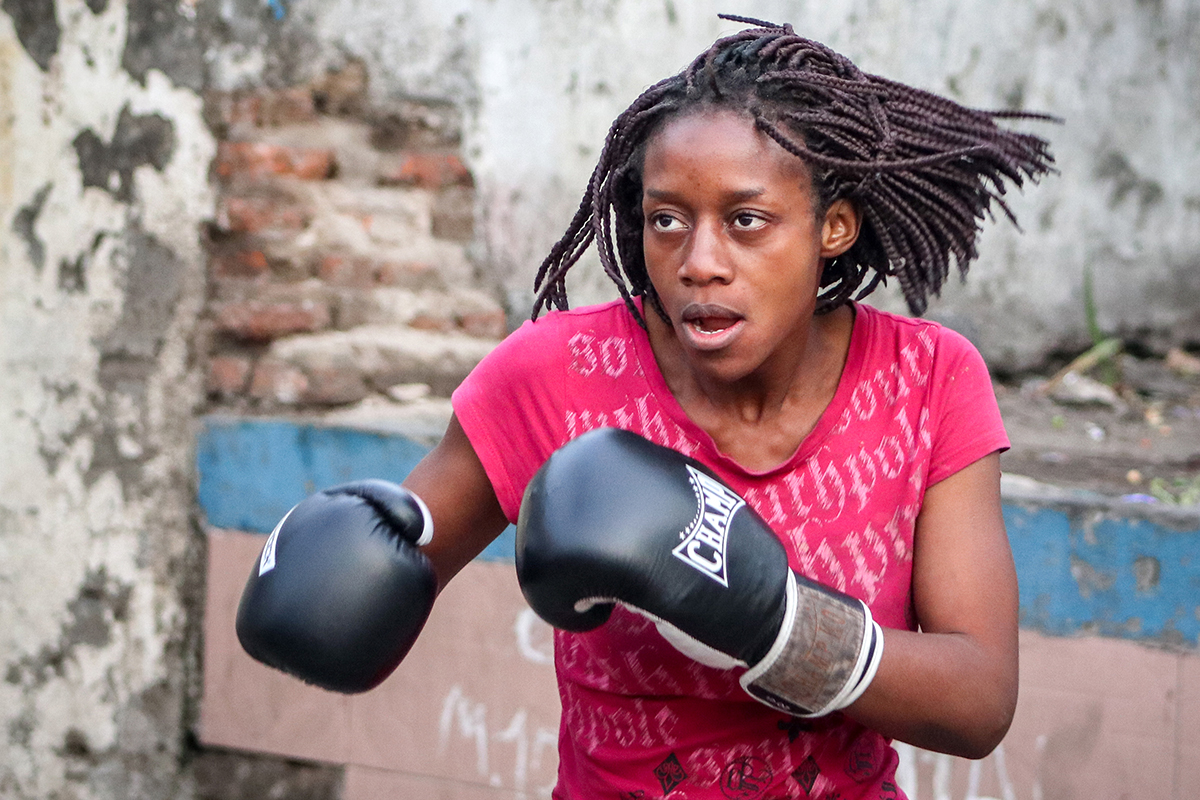 GOMA, DEMOCRATIC REPUBLIC OF CONGO — At 6 a.m. on the dot the women show up in battle gear.

Assitou Mudiay, 20, Aisha Heri, 28, Leila Bosombi, 26 and Safi Moke, 25, stretch and jog, warming up before their practice session. All four women say they step into the ring to test their mettle and swing for a better life.

All four women have rested their fate in the hands of Balezi Bagunda, their coach and former boxing champion, whom they call Kibomango, his boxing name.

“Many people buy into the belief that girls can’t make an iota of progress in boxing,” Bagunda says. “And yet, girls are physically tough enough, and boxing will help them defend themselves should the need arise.”

As an antidote to sexual violence and endemic poverty, these women take to the ring to prove their strength and strive to make money on the boxing circuit. All four women sat down with Global Press Journal to share their motivation for taking up boxing. 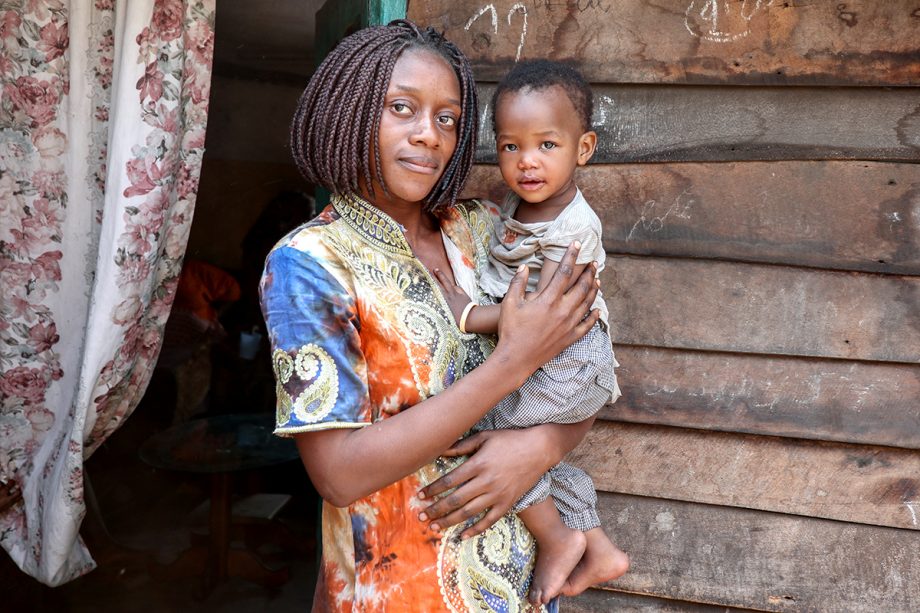 Assitou Mudiay goes to boxing practice every morning at 6 a.m. After practice she returns home to study DVDs of her past fights.

Mudiay says life got harder when she married at the age of 17. Just three years later, the 20 year old is a single parent of two children. Poverty forced her to move back in with her parents, she says.

“Goma is a daily battle,” she says. “Boxing helps me to be strong enough to wrestle with the problems of everyday life.”

After her early morning practice session ends, she heads home to begin the second phase of her daily training routine: studying her past fights.

She pulls out a stack of DVDs that feature every fight of her boxing career. She has won just five of several dozen matches since she began competing in 2013, but she says she is determined to prove herself and make it to the next level, where she hopes to be able to make more significant earnings.

For winning a fight she earns $50 to $100, depending on the sponsors. If she loses, she earns nothing, but is sometimes sent home with fees to cover transportation, she says.

“I continue working hard every day,” she says. “Boxing is my life. It’s all I have.” 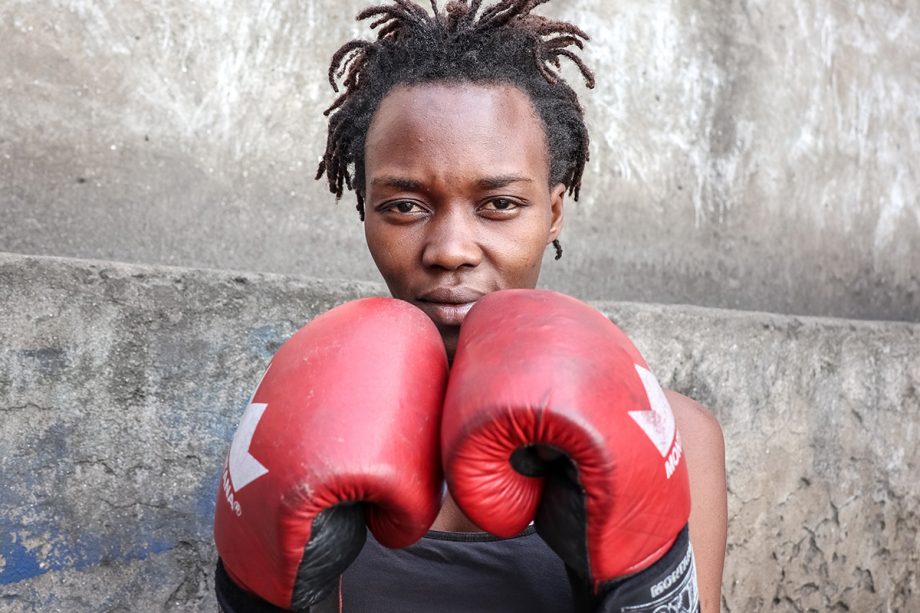 Aisha Heri is not yet a professional boxer, but she is training to become one.

At 28, Heri is the oldest of the women Bagunda is training. She says she took up boxing to defend herself on the streets of Birere, the high-density neighborhood of Goma known for its poverty. She’s not yet a professional fighter, but says she believes she can become one, one day.

“Not a single day goes by without reports of gangsters attacking locals,” she says, adding that women fall victims to violence more often than men.

“Today, I feel strong both physically and mentally, because I know I can defend myself if I get caught in a dangerous situation,” she says. 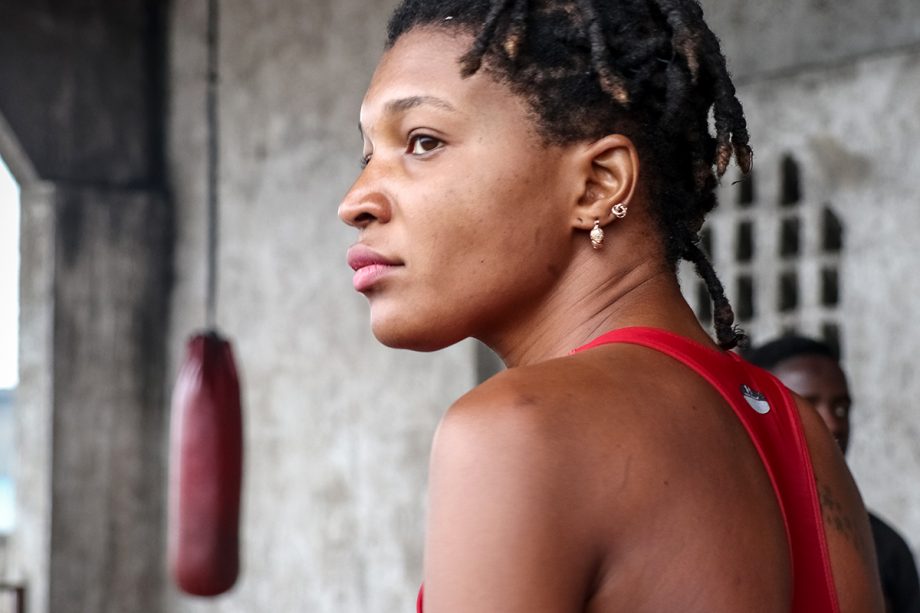 Leila Bosombi graduated from secondary school and hopes to go on to university. In the meantime, she’s training to become a professional boxer.

Bosombi, 26, grew up in Goma. Unlike some of her training companions, she graduated from secondary school and hopes to go on to university. She was drawn to boxing because Congolese women are assumed to be weaker than men, who culturally often have authority over them, she says.

“With boxing, I get a feeling deep down inside me that I am a strong and courageous woman,” she says.

She hopes that young girls will see her box and will follow in her footsteps, she says. She’s not yet a professional fighter, but is working to get there.

“Boxing is nothing other than a therapy that’s a huge boost to self-confidence,” she says. “It gives the courage of not shying away from the challenges of today’s world.” 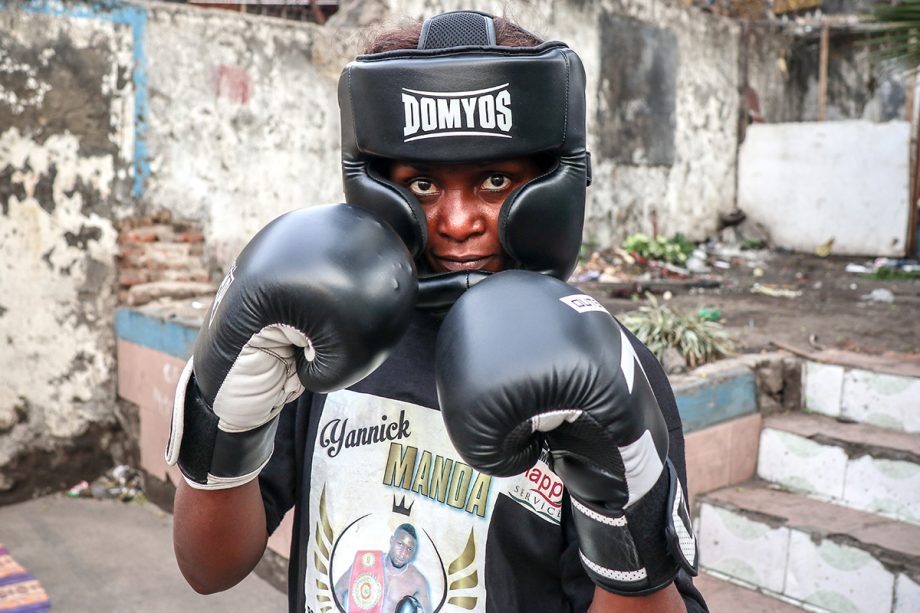 Safi Moke says she took up boxing to help her protect her children.

Moke, 25, lives with her parents and her two kids. She practices boxing as a means of coping with difficult conditions, she says.

“Boxing helps me get through hard times,” she says.

After being abandoned by her husband, Moke says she took up boxing to protect her children. She recently got a job as a security guard at Delta Force Group, a company which provides security services to banks.

“Boxing is my life, and not a day goes by without me showing [up] for training sessions. There’s no doubt that I will advance in my career,” she says, adding that she wants her name to be known in the field of international women’s boxing.

She earns $100 per month as a security guard, which allows her to feed her family.

Coach Kibomango is training these women for free. He loves boxing, but mostly he wants women to gain strength and confidence, he says.

“These girls are incredible,” he says. “It’s my wish to see more Congolese girls in the [boxing] club. It’s not about fighting. It’s about learning to defend themselves in any circumstance.” 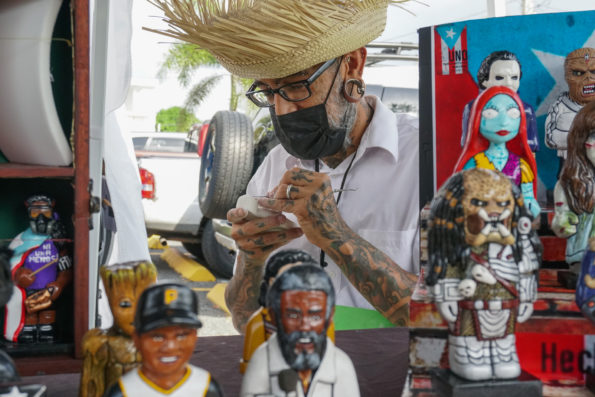