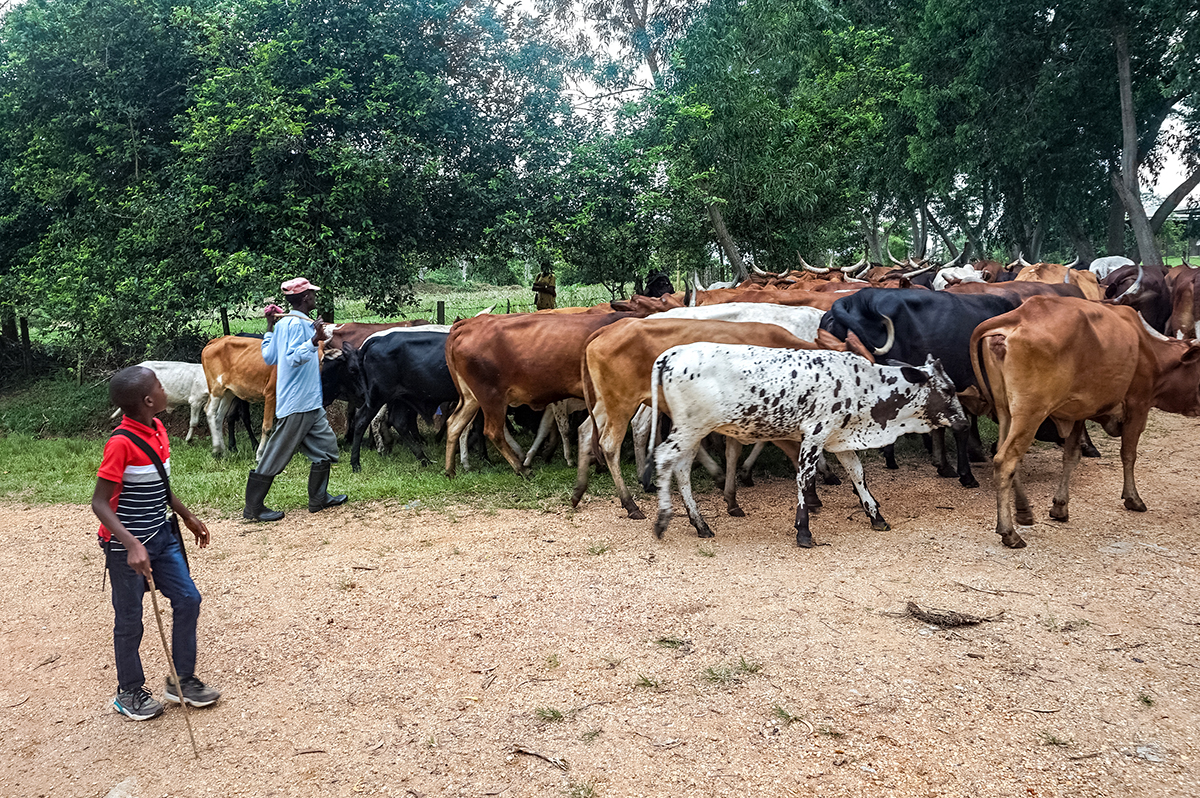 Those green pastures are what attracted Yousufa to this area. He’s from South Sudan, but he’s lived here since 2004. For a cattleman, it’s a paradise.

“This area has everything from savannah to lush forests,” he says.

Yousufa is among a group of Mbororo herders and their families – nearly 70 people in all – who have settled in Kisangani. The herders were once nomads who moved their cattle through the region and back to their homes seasonally, selling the meat along the way. But during the past decade, those nomads stopped going back to their homeland entirely.

Now, they sell meat at prices that undercut the butchers originally from Kisangani. That development has raised local ire and sparked talk that the meat sellers don’t abide by local health regulations and avoid routine inspections of their cattle by veterinarians.

In Kisangani, butchers must pay 13,000 Congolese francs (about $8) to obtain a permit and must also pay a monthly tax based on the number of cows they slaughter, according to a Global Press Journal review of local regulations. The butchers must also have a veterinarian confirm that the meat they sell is safe to eat, but the herders often ignore that rule, says Jean Rino Botambo, an inspector at Kisangani’s veterinary service.

The biggest complaint against the herders, though, is that they’re not from around here.

“Since these people came to our area, I’ve always felt insecure, because we don’t know where they’re from,” says Albertine Bwande Losako, a mother of four.

Skepticism about outsiders is common in DRC, where many communities are geographically isolated. When people from other places take up land, that skepticism can easily turn into frustration or even anger and violence. 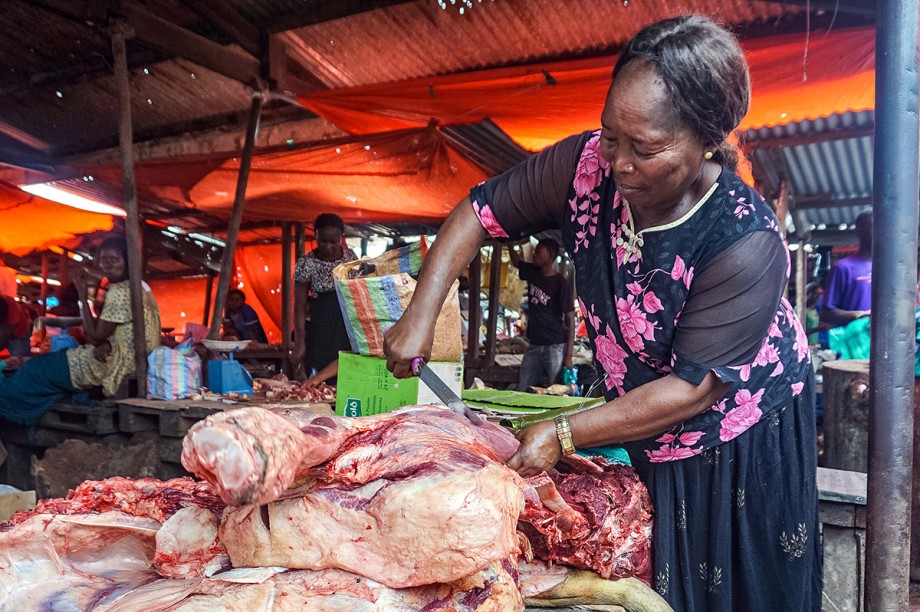 Monique Mandanga is a meat seller in Kisangani, Democratic Republic of Congo. The city's meat markets have been disrupted by Mbororo herders, who settled there within the past decade and sell beef at cut-rate prices.

The Mbororo herders trace their ancestry to West Africa, according to researchers who have studied their movements. Environmental changes, including drought, have pushed them increasingly south. Groups of Mbororo herders who were in the Central African Republic, Sudan and Chad moved south into DRC beginning in the 1990s, and they spread throughout northern DRC in the early 2000s. There, they’ve faced violence from criminals and armed groups. In 2011, Médecins Sans Frontières, the medical aid group, published a report noting that Mbororo groups face hostility “virtually everywhere they go in northern DRC.” A 2012 Human Rights Watch report noted that government soldiers attacked Mbororo communities in DRC, raped Mbororo women and girls, beat the men and stole cattle.

In Kisangani, that hostility often manifests as general suspicion of Mbororo people.

“They’ve to stay here temporarily, because we don’t want them here forever – because our land belongs to the Congolese people, not to foreigners,” says Antoine Musibasiba, a community leader.

The herders might wind up monopolizing all the land, Musibasiba says, “because they’re having too many kids to such an extent that they’re increasing in numbers every single day,” he says.

What’s more, he says, those herders illegally slaughter animals and sell meat at a cheaper price than local vendors do.

Since these people came to our area, I’ve always felt insecure, because we don’t know where they’re from. Albertine Bwande Losako

A kilogram (2.2 pounds) of meat that might cost 10,000 francs (about $6) at a local market would easily sell for half that at one of the Mbororo herder’s stands. A Global Press Journal reporter verified those prices in person.

The herders can sell meat for so much cheaper because they don’t pay taxes, says Nicole Ntumba, a meat seller at Kisangani’s central market.

The herders are suspected of ignoring regulations across the board.

Jean Aubin Akamba, a provincial government minister, says the herders show no regard for Congolese laws and sell meat after dark to avoid being prosecuted.

But some local people don’t reject the Mbororo outright.

“I see no problem living with others, because we’re all human beings, and their being foreigners doesn’t make them different from ourselves,” says Jean Claude Lifenya, a father of six children.

And there are benefits, he adds.

“I used to have a bit of trouble feeding my family with a small cut of meat, but today I can easily afford to put enough meat on the table,” he says.

“The upshot is that even the have-nots like us are affording to eat meat today,” he adds.