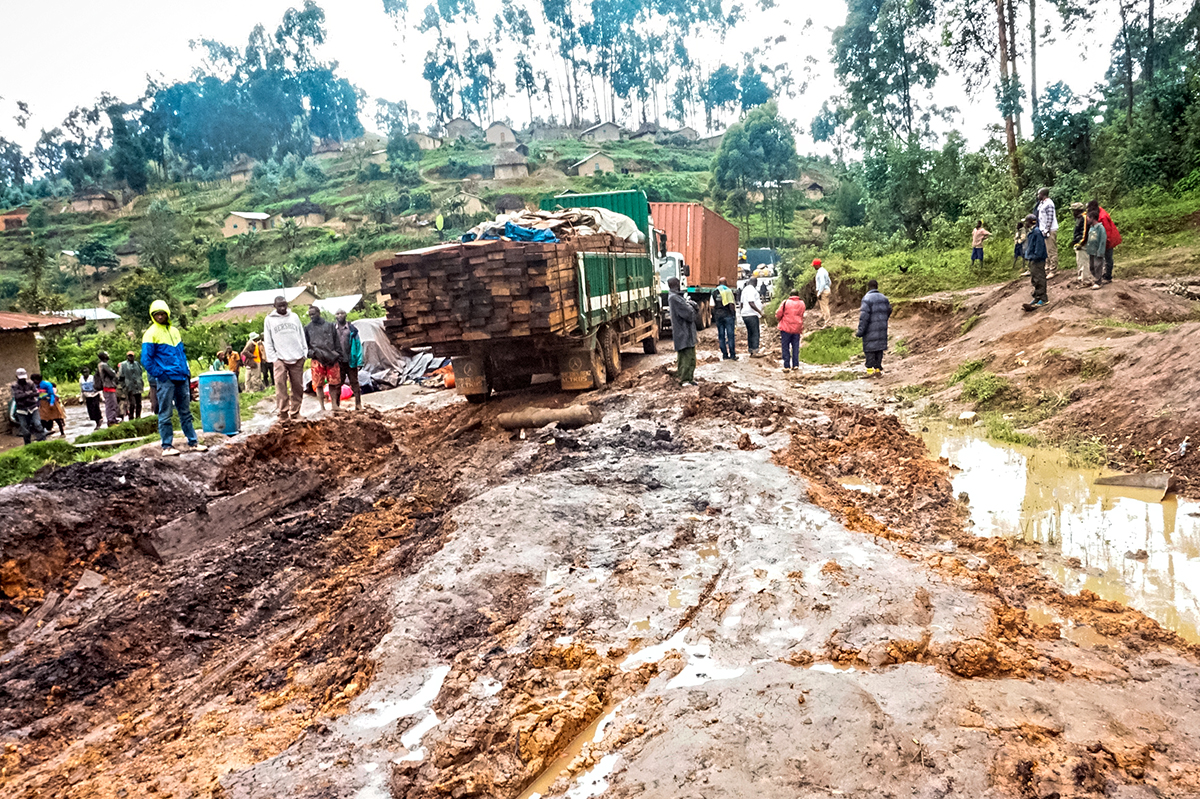 KISALALA, DEMOCRATIC REPUBLIC OF THE CONGO — Traffic is heavy. Cars vie for space, as motorcycles, bicycles, pedestrians and traders fill the main road between Butembo and Beni, a road that connects the remote Ituri province with the rest of DRC and neighboring countries.

The region lost the crucial road after the 2017 monsoon season, which began in October and ended in December. Monsoons pummeled the region, felling trees that blocked the road and overflowing the banks of the Kimemi River, which then flooded key sections of the road. Without the road, residents of dozens of towns and villages here had to take a 150-kilometer (93-mile) detour to get from Butembo to Beni, which is a 58-kilometer (36-mile) journey on the main road.

Similar floods have left the road unusable for six months at a time, says Kakule Kakororo, chief of Kisalala, a town where the economy depends on the road.

In the past, the Office des Routes, the national road authority, hired numerous foreign contractors who failed to repair the Butembo-Beni road in a timely manner, Kakororo says. The government also contracted with foreign companies to repair the road, but the work was often behind schedule, and the fixes didn’t ward off damage from the next season’s storms. 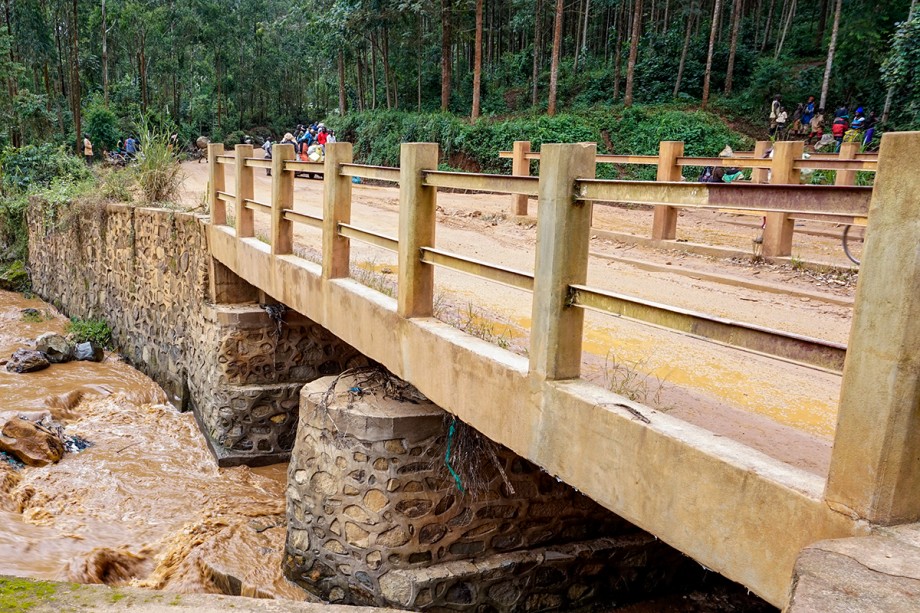 The Butembo-Beni Road is currently passable, thanks to repairs by a Congolese-run company.

SOPECO, a Chinese-owned company, was removed from the job in 2017 for failure to repair the road, Kakororo says.

The government then hired Jerryson Construction, a construction company owned and operated by Congolese.

Many of Jerryson’s employees have experience working for foreign construction companies, and they decided to form their own company to utilize local knowledge to rebuild their country, says Gérome Kasereka Bakwanamaha, who owns Jerryson Construction.

In early 2018, Jerryson Construction took over the Butembo-Beni Road project that had given headaches to so many others, says Kausa Muhindo, a civil engineer who works for Jerryson. After just a few months, the road was passable again.

The key to lasting repairs will be diverting the water flow from local rivers and hillsides, Muhindo says.

“Rainwater flowing down the hills, and rains that cause the Kimemi River and its tributaries to overflow, are the main causes of road damage,” he says. 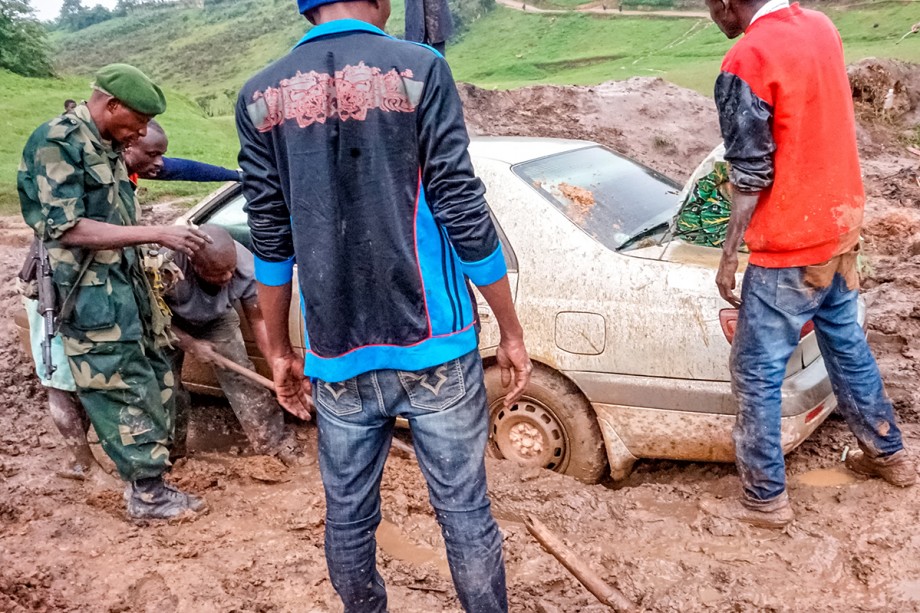 During the rainy season, cars often get stuck, and business in the region halts.

Team members were motivated to serve their country, he says, and their understanding of the area’s landscape helped them succeed.

Kakule Bwanamuziri, who lives in Kisalala, says the dilapidated condition of the road after each rainy season had caused serious driving problems.

“Today, the road is very clean and in good, passable condition,” he says. “Yet in the past, it was common for cars to get stuck on the road.”

It was important to have a team of engineers who understood the significance of the road, which connects residents to North and South Kivu provinces and to neighboring Uganda, Rwanda and Burundi, Kakororo says.

“They are guided by a patriotism to rebuild their homeland,” he says of the Jerryson engineers and workers. “They have means and the will to rebuild our country.”

In addition to travelers, the road is also a lifeline for traders who rely on the road to do business. When the road is blocked, people go hungry, says Malekani Kasereka, a grocer who sells vegetables on the roadside.

“Today, good progress has been made in clearing the road, driving food prices down and helping my community members afford to put food on the table,” he says. 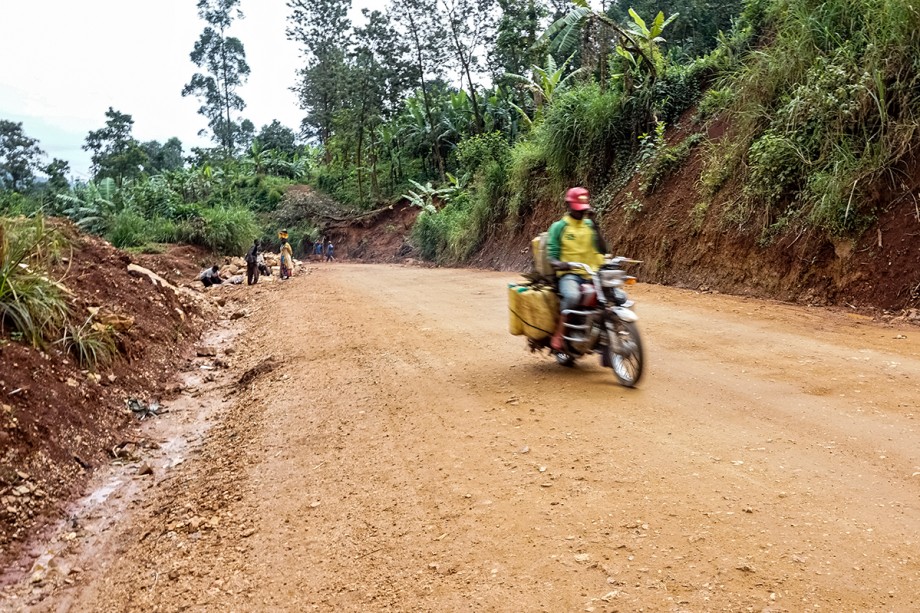 In order to repair the road, Jerryson Construction, a company owned and operated by Congolese people, diverted runoff so the Karnali River would not overflow. Residents will see whether their solution was adequate, during the upcoming rainy season.

After having fixed this difficult stretch of road quickly, Jerryson Construction has been contracted by the government to repair other roads in the Ituri province, including Bunia Road, Isiro Road and Mangurujipa Road, which cars typically cannot use after the monsoon. They are set to start construction after this year’s monsoon season, Bakwanamaha confirms.

“As Congolese people, we’re ready and able to rebuild our country,” he says. “Security is all we need now.”

Their work on the Butembo-Beni Road will be tested in the upcoming monsoon season, which usually begins in October.