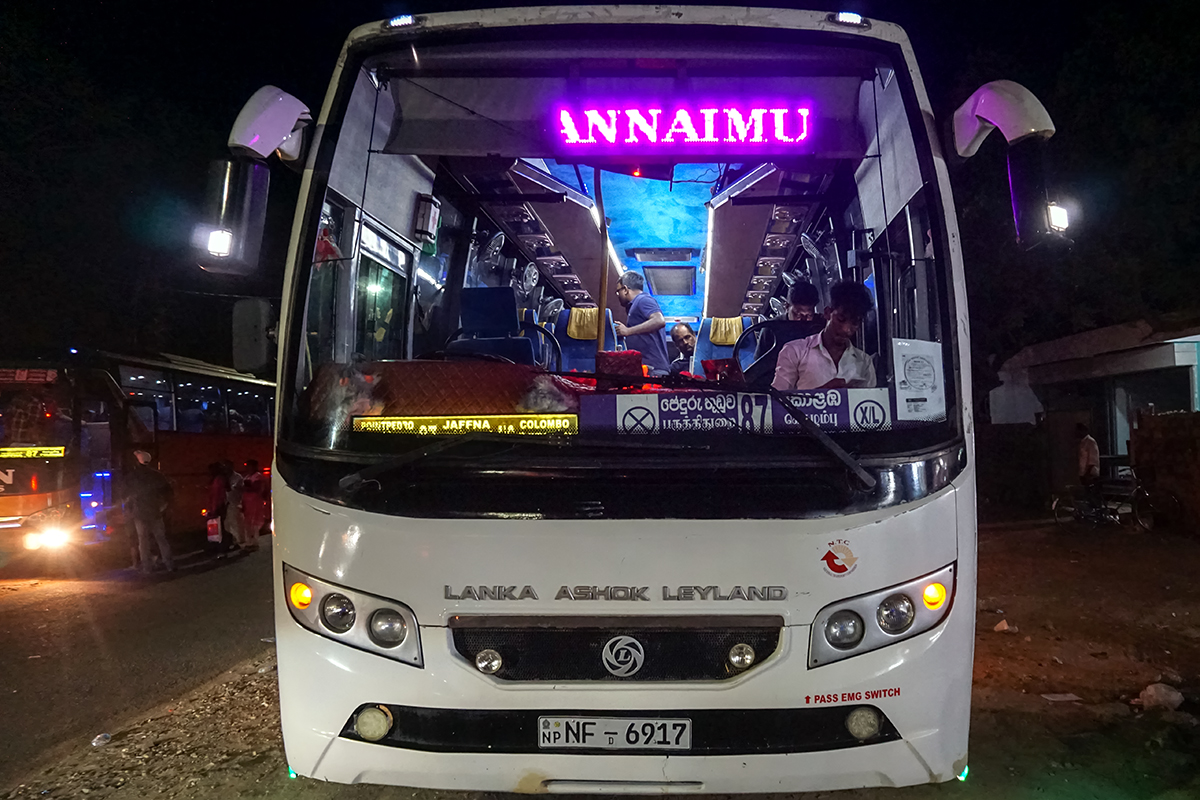 JAFFNA, SRI LANKA — It’s past 9 p.m. Revathy Thirunavukarasu exits the auto rickshaw that brought her to the market square in this historic city on the northern tip of Sri Lanka from her rural hometown some 54 kilometers (33 miles) away.

Parked ahead of her are large buses heading south of the city. She spots the one she’s supposed to board.

The journey from Jaffna to Colombo, the commercial capital of Sri Lanka, is eight hours, says Revathy, who makes the trip every weekend. She’s studying to become a certified accountant and all her courses take place on the weekends.

But when Revathy started her undergraduate studies in business management at the University of Sri Jayewardenepura in Colombo in 2009, she was only able to leave school and come home if another female student was traveling to Jaffna and agreed to sit next to her on a bus. Her father or brother would accompany her from Jaffna to Colombo, she says.

Her family, like many others, was concerned about her safety, she says. Female bus passengers across the country say they have been sexually assaulted by male riders. Revathy herself has experienced it more than once.

“I have faced unsafe touches,” she says. “Not only touching, but also [men] trying to talk to me, staring at me.” 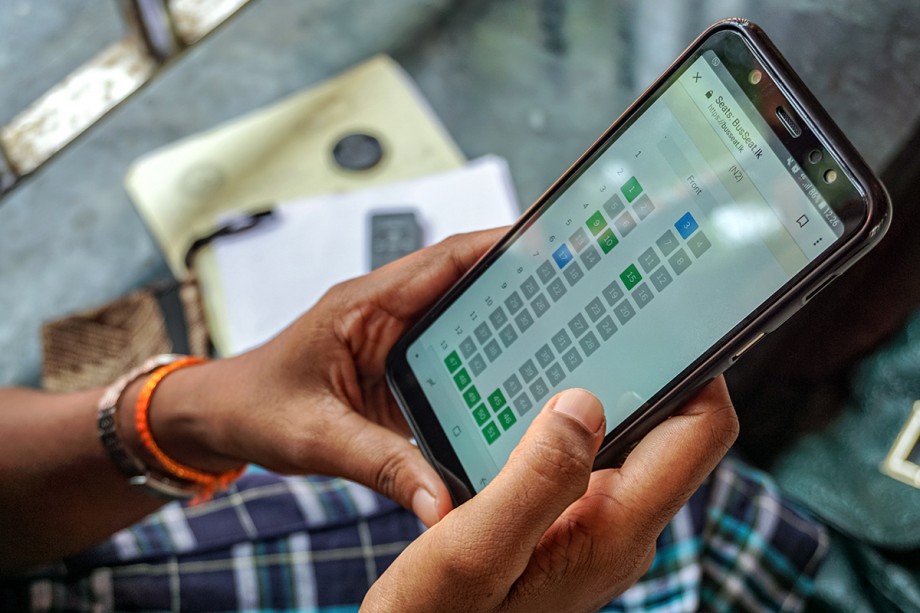 Revathy Thirunavukarasu books a “lady seat” for an upcoming trip to Colombo.

She says she’s been able to avoid inappropriate touching from male passengers thanks to BusSeat.lk, an online bus-booking service that gives female riders the option to book a “lady seat” on long-distance trips. With this feature, Revathy and other female travelers can make sure that the seat or seats next to them are only occupied by women, at no extra cost.

Having that choice makes for a safer trip, says Subendran Prasanth, founder of BusSeat.lk. The service is the first in the country to introduce the concept of booking a “lady seat” online.

Prasanth, 28, was still a student at the University of Moratuwa in Colombo when he started toying with the idea of an online bus-booking service. That was nearly five years ago.

Like many other people traveling between the major cities, Prasanth had just two ways to reserve bus seats. One way was to buy a ticket with an assigned seat from a bus agent, either in the city of origin or destination. Bus agents are small businesses or individuals that arrange and confirm bookings for passengers with private bus companies. The other way was to call an agent, reserve a seat and pay for it on the day of the trip.

But this second option didn’t always work out. Often, agents would give up spots reserved over the phone to customers who could pay at the time of reservation, he says.

Prasanth’s goal was to make it easier for commuters to book bus seats in advance. But as he thought more about the challenges that intercity travelers face, he realized that female passengers had a unique need, he says.

In 2015, the United Nations Population Fund commissioned a study on sexual harassment against women on public buses and trains in Sri Lanka. A total of 2,500 women were surveyed for the study and 90% of them said they had experienced sexual harassment. The study also found that only 4% of respondents reported the incident to the police or sought some form of help from them, while more than one in three women said the incident negatively impacted their performance at work.

Prasanth launched BusSeat.lk in 2015, the year after he won the grand prize of one million Sri Lankan rupees (about $5,599) in Season 3 of Yarl Geek Challenge, an annual competition for young, upcoming tech entrepreneurs in Jaffna.

The lady seat feature has been available since the launch of Prasanth’s website, but he says it has become more popular in recent years.

In 2018, nearly 450,000 passengers had used the BusSeat.lk to book their travel, with about 15% of them selecting the lady seat option.

Balathasan Sayanthan, a founding member of Yarl IT Hub, the nonprofit organization that puts together Yarl Geek Challenge, says BusSeat.lk has transformed long distance travel for all, but especially women. Male family members were once forced to occupy seats next to their female relatives in order to prevent sexual assault from male passengers. The “lady seat” alleviates that problem, he says.

BusSeat.lk now allows users to book trips to around 50 cities in Sri Lanka. There are 115 bus-booking agents registered with BusSeat.lk. Their job is to collect payments from people who have reserved their seats via the website but are unable to make an online payment for the trip at the time of reservation.

Balasingam Balavathany is one of those bus agents, with branches of her agency in Colombo and Jaffna. She registered her agency with BusSeat.lk in 2017, after using the lady seat option herself. She says the online service makes her travel between the two cities a lot safer and a lot less stressful.

However, unlike agents, bus company owners feel there are drawbacks to registering with BusSeat.lk. Sometimes, the seat next to a “lady seat” has to remain empty if there is no female passenger who selects it, and that’s a loss of income for the bus company owners, Prasanth says.

The entrepreneur says he’s meeting with bus company owners to convince them to get registered.

Josephine Anthony, GPJ, translated this article from Tamil to English.

Editor’s note: This story was originally published on April 5, 2019.