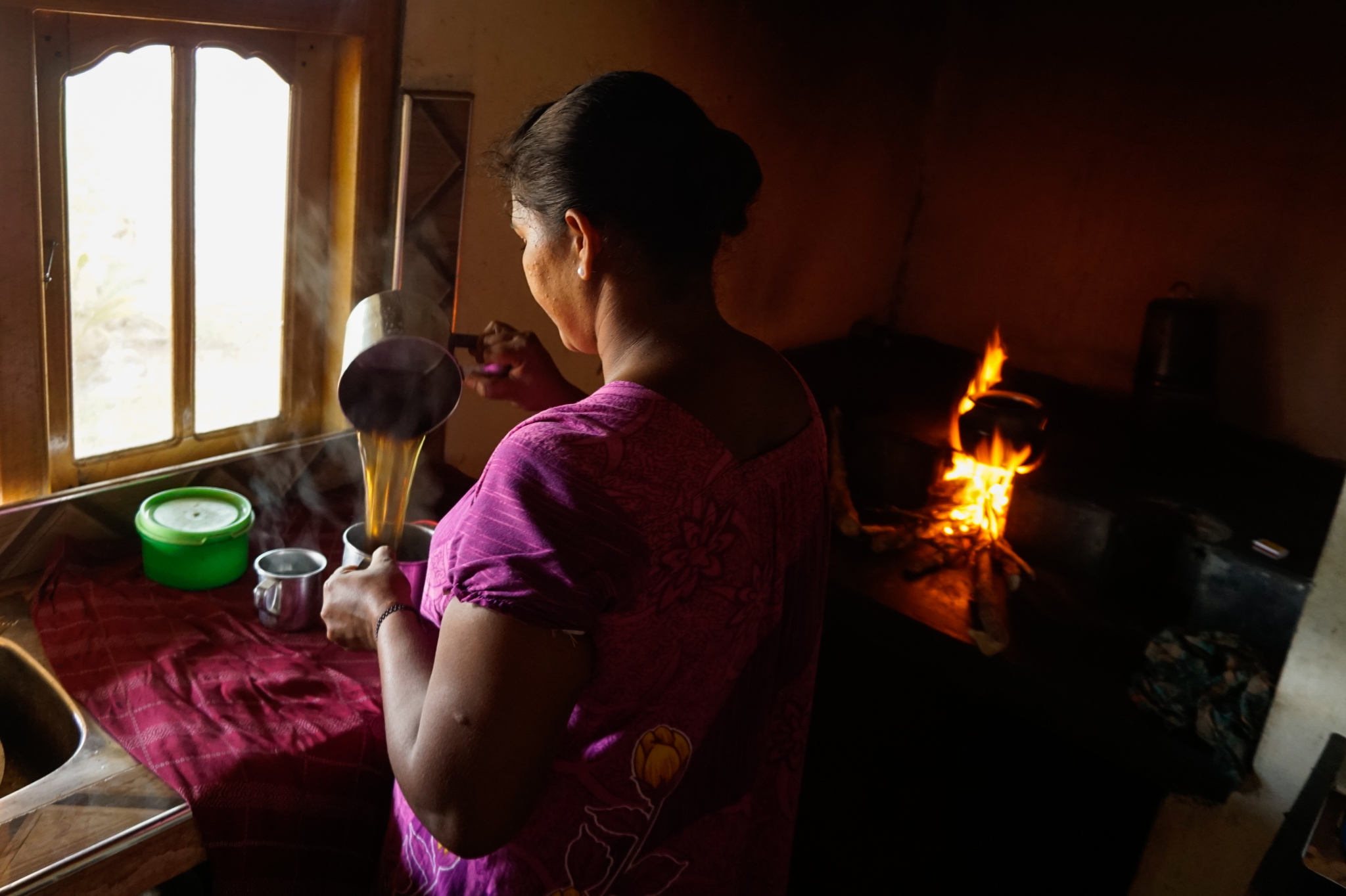 JAFFNA, SRI LANKA — Long before Sri Lanka’s current economic crisis, a financial catastrophe hit Mayilvaganam Bavani’s household. It began three years ago, when her husband, the sole breadwinner, walked out on her and their four children. For the most part, Mayilvaganam, who lives in Tellippalai, a small town in the northern district of Jaffna, kept her struggle to herself.

“Some people talk about their financial problems and food problems, but we don’t tell anyone openly,” she says, her voice cracking as she lights a woodstove to make black tea, the only thing her children will have for lunch that day.

Mayilvaganam found a job as a domestic worker. It paid a daily wage of 800 Sri Lankan rupees ($2.50), not enough to afford three meals a day for a family of five. She got by because her children ate free lunch at school. Then the coronavirus pandemic came. She lost her job, and schools closed, leaving her entirely reliant on food rations and cash assistance from the government. When movement restrictions eased and schools reopened, she was relieved, hoping the free school lunches would ease her burden. But an economic crisis that had been brewing since 2019 worsened, and the government ran out of money.

Due to Sri Lanka’s lingering economic crisis, the government has almost entirely stopped funding a meal program that administrators and local officials say kept children in school because it provided free lunch to those whose families couldn’t afford to feed them at home. 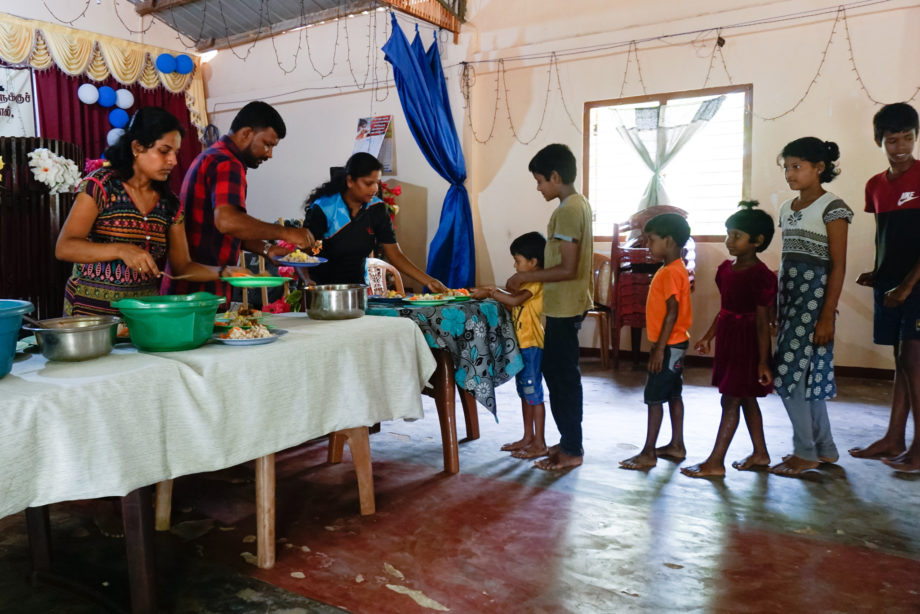 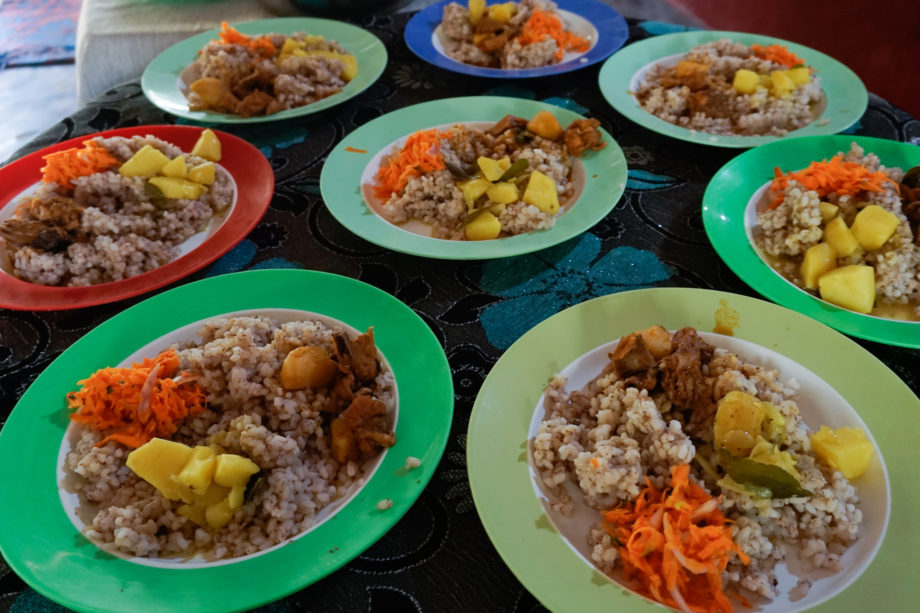 The World Food Programme initially ran the program which provided free meals to students between first and fifth grade, or up to ninth grade if the school had fewer than 100 students. In 2018, the organization handed it over to the government. But since 2019, the country has almost entirely depleted its foreign reserves. That has led to severe shortages of fuel, food and medicine. The pandemic, high food and energy prices tied to the Russian invasion of Ukraine, and year-on-year inflation — which the Central Bank of Sri Lanka says rose from around 45% in May to nearly 60% in June — have exacerbated the crisis and left parents like Mayilvaganam with fewer options. Inflation for food costs rose even higher in the same period, from 58% to more than 75%, according to the Central Bank.

“People like me will be the most affected by the suspension of midday meals in schools,” Mayilvaganam says. “Currently, I am skipping lunch and dinner so that my children can have breakfast because a child should not go to school on an empty stomach.”

The United Nations Children’s Fund, known as UNICEF, reports that 70% of Sri Lankan households have reduced their food consumption because prices have increased exponentially. More than 5.7 million Sri Lankans, including 2.3 million children, require emergency humanitarian assistance, according to the agency. In June, UNICEF pleaded for international donors to raise $25.3 million to provide 1.7 million children with adequate nutrition, clean drinking water, education, health care and psychological services for the rest of 2022. 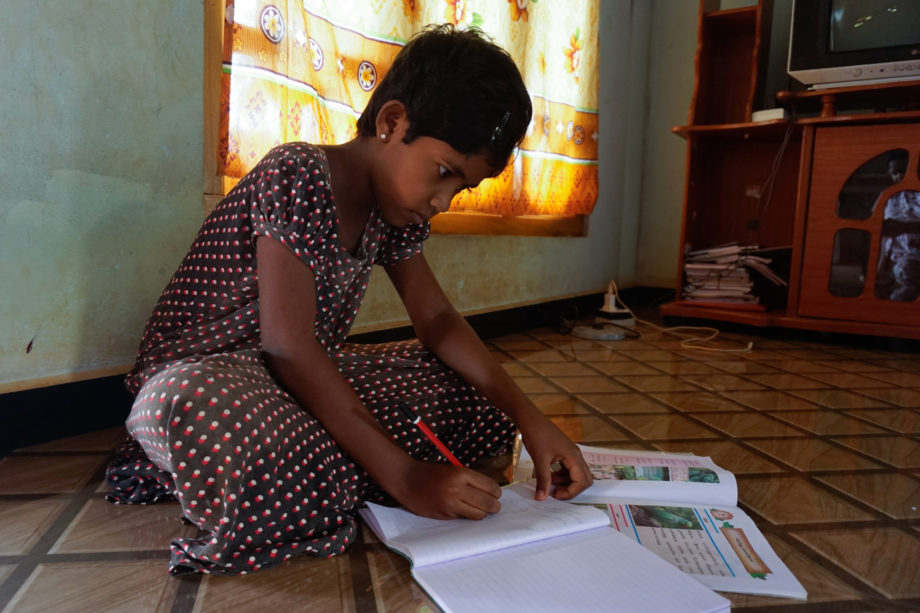 Kumarasamy Balamurugan, the principal at Mallakam Vishaladshi Vidayashalai School, says most of the 67 students in his school who qualify for free lunch come from underprivileged families, many of which were impoverished by Sri Lanka’s decadeslong civil war and haven’t recovered since it ended in 2009. Soon after schools reopened from the pandemic shutdown in October 2021, he says, funds for school meals became inconsistent. In January, the Ministry of Education stopped sending him money altogether. He borrowed from his food suppliers and sometimes spent his own money to feed his students.

“For me, feeding their hunger is more important than their education,” Kumarasamy says.

By June, he had spent about 160,000 rupees ($440) out of his pocket, hoping that the government would reimburse him. But by then, the economic crisis had become political, as Sri Lankans took to the streets to protest the government’s policies. Suppliers were no longer willing to give his school food on credit. The effects on students were immediate. “I have observed students fainting because they came to school without eating,” Kumarasamy says.

The government, on Aug. 1, began sending his school 6,000 rupees (about $17) a month to restart the free lunch program, Kumarasamy says. That wasn’t enough, so he chipped in his own money again. He appealed to parents to pack extra food for their children to share. Teachers have also begun to donate food. 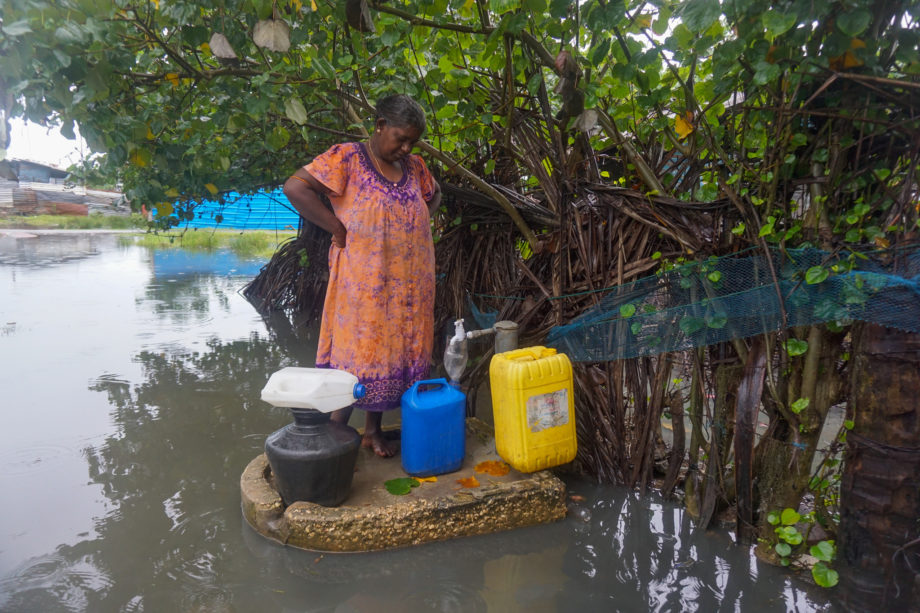 A deputy director of education, who didn’t want to be named because he is not authorized to speak to the press, says he is aware that some principals have been carrying the financial burden of providing lunch and that their schools have gone into debt. In the administrative zone of Jaffna alone, schools incurred a debt of 36 million rupees (about $108,300) in the first half of the year. He says principals have also told him that since they stopped offering lunch, some students have dropped out because it had been the only place they found nutritious food.

The official says he has relayed the principals’ concerns to top-level government officials but hasn’t received any response. The Ministry of Education didn’t respond to requests for comment.

With the government unable to fully fund the school lunch program, some nongovernmental organizations have tried to fill the gap. In June, the Voice for Voiceless Foundation, an organization founded to address issues of violence, opened community kitchens that serve hot lunches in the districts of Jaffna and Kilinochchi. Jayanthi Ashokumar, the regional coordinator of the program, says the organization, known locally as Voice, decided to open kitchens when it learned that many people were receiving dry food rations but couldn’t cook them because of the fuel shortage.

“We are mostly feeding children,” Ashokumar says. “I feel happy when I see them eating.”

Mayilvaganam hasn’t found any similar program in her area. Her eldest son, 17, dropped out of school and now works as a hairdresser to ease the financial strain on the family. Mayilvaganam’s other children still go to school, though she doesn’t know how much longer they can keep going without eating lunch. She sends them to school with empty lunchboxes, hoping their classmates will share. If things don’t get better, she will pull them out.

“Sending children to school hungry,” she says, “is something I cannot bear as a mother.”