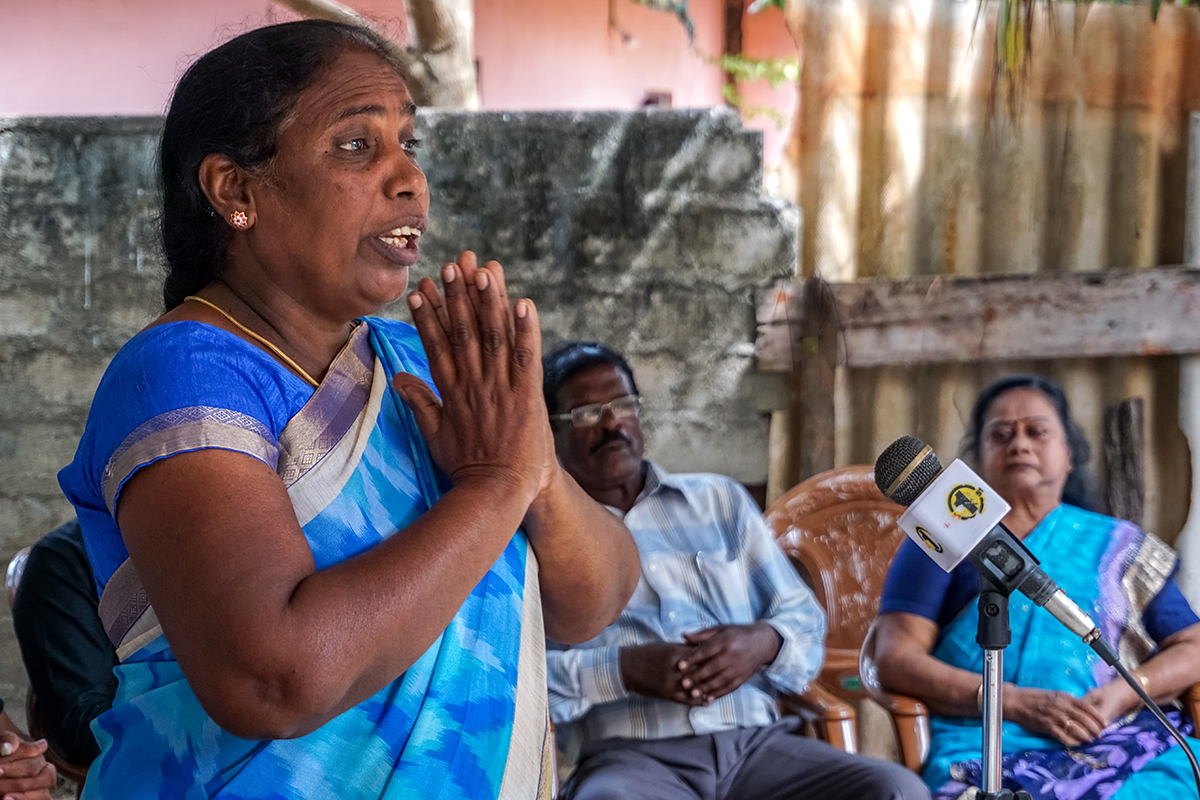 MANNAR, SRI LANKA — Manual Uthayachandra’s son has been missing for a decade now, but she still sets a lunch plate for him every day.

With tears in her eyes, she explains that the warm rice and curry, served in small dishes and set out in her kitchen, awaits his return.

“Even if I am not at home, my daughters serve the food for their brother,” says Uthayachandra, who is known locally as Chandra. “My grandchildren check if the food is first served and kept for their uncle, too.”

Her son, Anton Saniston Figurado, was 24 years old when he disappeared in 2008. He was one of the thousands of people who vanished during Sri Lanka’s civil war, a conflict between the country’s government and the Liberation Tigers of Tamil Eelam, known as the Tamil Tigers.

In 2011, Chandra began leading the Association of Families Searching for their Disappeared Relatives – Mannar District.

The association brings together people searching for family members who went missing during the war, which lasted nearly 26 years and ended in 2009. During the course of the conflict, government forces were accused of abducting people. The International Committee of the Red Cross estimates that there are more than 16,000 missing persons cases in the country.

Since 2014, two mass graves have been discovered in Mannar. When news breaks of a mass grave discovery, families rush to ask authorities whether their loved ones are among the remains.

That’s the kind of emotional pain that Chandra’s work seeks to alleviate: She hopes to bring attention to the fact that so many are missing, and to work to bring their families justice – and maybe peace. 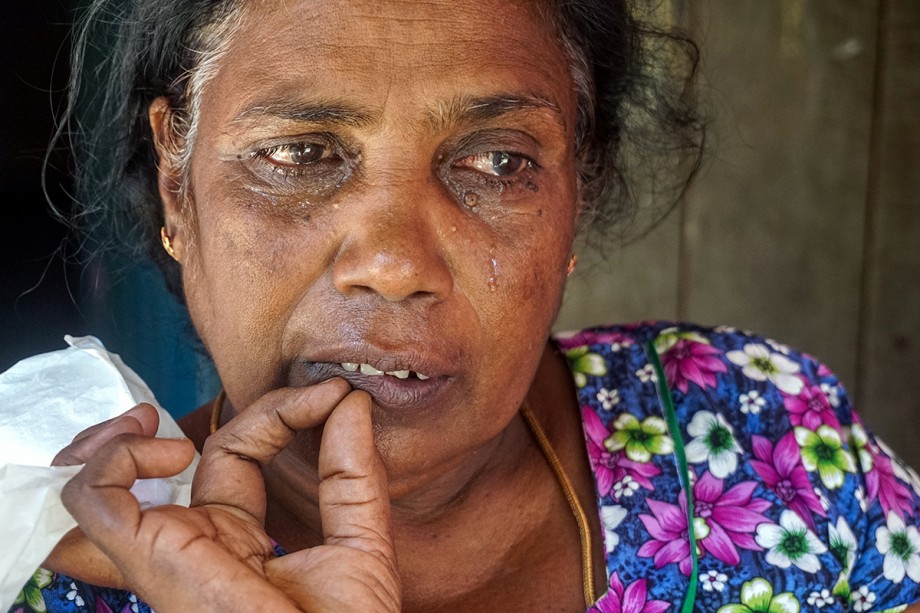 Chandra sets a plate of rice and curry for her son at the table every day, even though he has been missing since 2008.

After her son’s disappearance, Chandra at first struggled to imagine how she might go about finding him.

“I was searching alone, by myself,” she says. “Then, not a single mother came forward. Though I [wanted] in my heart to look for the children, I did not have the courage.”

In January 2011, Chandra met with five other mothers of missing people from Mannar. They gathered in protest for two hours in front of a local government office.

Within those two hours, 62 other mothers joined in.

“When they gathered like that, we knew there were so many mothers [with missing children] and that we need to gather them,” Chandra says.

With other mothers, Chandra visited prisons in all 25 districts in Sri Lanka. She called and met the mothers of other missing persons.

“I was in charge of five districts for two years,” she says. “After that, we met and appointed separate district activists.”

Now, the association has eight leaders in eight districts conducting demonstrations, strikes and petitions to seek justice for their missing relatives.

But new political turmoil has cast doubt on the hope of finding the disappeared.

Even if I am not at home, my daughters serve the food for their brother.Manual Uthayachandra

On October 26, Sri Lanka’s president ousted the incumbent prime minister and installed the former president, Mahinda Rajapaksa, as the country’s new prime minister. Rajapaksa is not formally recognized by parliament and the president’s call for general elections in early 2019 was temporarily halted by the Supreme court. At one point, the scene in Parliament turned chaotic as members threw chairs and chili paste.

But even if those government issues are resolved, the situation for the missing person cases might remain the same.

“I do not believe that there will be a huge change in [providing] answers on the status of missing persons even if there is a change in politics,” says Kumaravadivel Guruparan, head of the Department of Law at the University of Jaffna.

He says the efforts of the previous coalition government, which was in power from 2015, did little to resolve the issue of missing persons. The protests, though, are making a difference, he says.

“The people’s protests about missing persons will not be in vain and my belief is that the attention brought by the protests are important,” he says. “In particular, it has drawn attention not only to the issues on missing persons, but also to issues related to the war.”

Multiple entities in Sri Lanka have also worked on efforts regarding missing persons, including The Presidential Commission to Investigate into Complaints Regarding Missing Persons, the Commission of Inquiry on Lessons Learnt and Reconciliation and the Office on Missing Persons.

According to a Mannar-based group, Forum for Affected Families, there are 303 missing people from that district alone, and 172 of those missing were between the ages of 19 and 35 when they disappeared.

In September 2008, Chandra filed a case with the local court, but it did not move forward, for lack of evidence, she says. But in 2015, there was a break in her case: A Tamil news website published a photo from the Welikada Prison in Colombo during the Thai Pongal Day harvest festival.

Chandra says she saw her son standing in the crowd.

She filed a new case through a habeas corpus writ, but police brought a person who was not her son into the courtroom.

For the next two years, Chandra searched all 23 prisons in Sri Lanka and visited the local police station more than 55 times, in an effort to find her son.

“There is not a single place that I have not been to,” she says, referring to prisons.

Her dedication is an inspiration to others.

Rasathurai Subaluxmy, known as Subaluxmy, is vice president of the association. Her son disappeared in 2009 from the Ramanathan camp for internally displaced people in the Cheddikulam area of the Vavuniya district.

“Chandra is a person with lots of patience. But there is no outcome for her. I see her patience as a big thing,” says Subaluxmy.

Prior to the political upheaval in October, Chandra told GPJ her hopes remain high.

“My son will come back today, or maybe tomorrow, and will stand near the doorstep and call me ‘Amma,’” she said in early October, using the Tamil word for “mom” or “mommy.”

Today, she says her optimism has waned. The new political uncertainties have made her lose hope for an answer about her missing son.

“We don’t know who to trust,” she says. “There is no point in trusting the government or the politicians. Even if the government changes, of what use is it? What did they do for us while they were in power?”