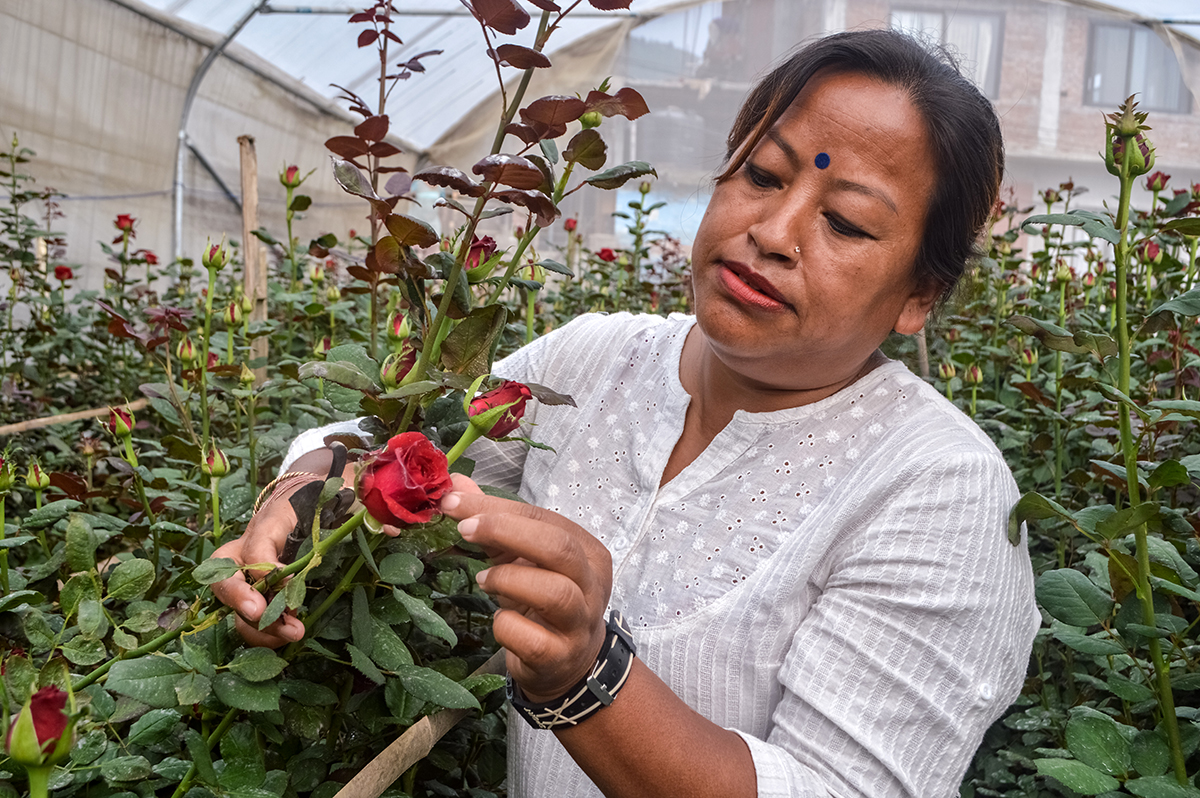 KATHMANDU, NEPAL — Sushila Kathyat searches a tight cluster of leaves, thorns and rosebuds. Between the three, a blood-red rose blooms. She carefully plucks it and places it in a large plastic planter with other cut roses.

Several orders have come in for the day, says the 39-year-old florist as she paces between plants at her nursery in Kathmandu, Nepal’s capital. Growing and selling flowers has provided Kathyat and her two business partners – Bina Thing and Dolma Lama – with a steady source of income for the past two years, despite their initial doubts. First-year profits totaled 170,000 Nepalese rupees ($1,577), Kathyat says.

But the nursery co-owners say the business is worth a lot more. With an interest-free government loan, the three women hope to increase this year’s earnings from their small business, Samvabana Floral Industry.

“We are thinking about further expansion of the business,” says Lama, 33. 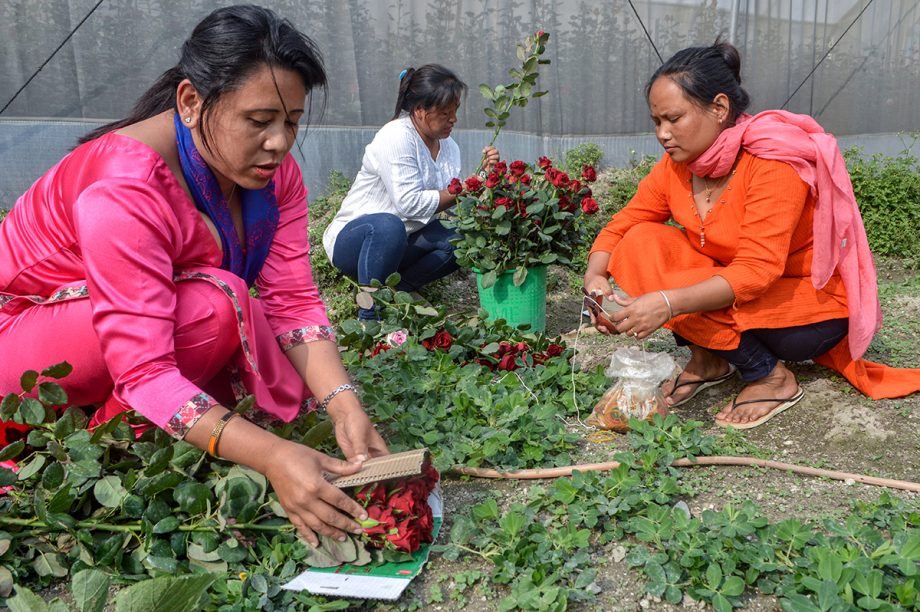 Breaking into Nepal’s labor market remains a challenge for the country’s youth. But with its lending services, the National Youth Council is helping young people create their own employment opportunities.

In Nepal, the youth are defined as people between the ages of 16 and 40. This group makes up about 40 percent of the total population. As many as 500,000 youth enter the job market each year, but even more leave the country in search of jobs – more than 80 percent of those who enter the local labor market migrate for work, according to the Federation of Nepalese Chambers of Commerce and Industry.

Youth unemployment is high – 19.2 percent – compared to the national rate of 2.7 percent, according to government estimates.

Political instability has contributed to the shortage of jobs, but the government is making efforts to engage and support its young people. In 2010, the first youth policy was adopted, with a goal to integrate this population in national development. In the years since, various initiatives, including training programs and employment-placement services, have been created to help those out of work.

One recent development is financial support for young entrepreneurs who remain in the country, says Damodar Phuel, a member of the National Youth Council’s planning department. Since September, Phuel’s organization, a government agency, has issued loans to 35 budding youth entrepreneurs and youth groups consisting of up to 10 members, he says, many of whom have started crop and poultry farms. The loans, which can total up to 500,000 rupees ($4,641), are distributed in two installments and will be given to more than 7,000 entrepreneurs this fiscal year, Phuel says.

Over 80 percent of the 500,000 youth who enter the local labor market migrate for work.

To be eligible for a loan, applicants should have completed postsecondary- or university-level studies and live in one of the 165 constituencies where the organization currently operates, Phuel says. Applicants must also demonstrate that their business ideas are sustainable, utilize local resources or contribute to the development of the country in one way or another, he adds.

The loan is interest-free, to alleviate debt for young business owners, says Karna Bhuwaju, who works in the organization’s training and investigation department. But repayment must be completed within five years of acquiring the loan, with a minimum of 50,000 rupees ($465) paid in the second year, Phuel says.

To ensure timely repayment, beneficiaries are required to attend trainings conducted by the National Youth Council on financial management, and they are monitored by the staff to ensure that the loan is being used properly.

Kathyat and her business partners were approved for their loan of 500,000 rupees ($4,641) in 2017, a year after they first founded the business and after their husbands had all left the country in search of work. Kathyat says they received the first installment of the loan, 250,000 rupees ($2,320), in September.

“One plant produces 108 flowers in a year,” Thing says. “We were encouraged to expand the flower farm, since there was good revenue from the business,” Lama adds.

Kathyat says that her team also hopes to use a portion of the loan to develop an irrigation system for their plants. For now, they are providing employment to other young people who can help the business grow quickly in the next five years. Keshab Rokaya, a 17-year-old student, says he works at the nursery in his spare time. He earns 10,000 rupees ($93) a month.